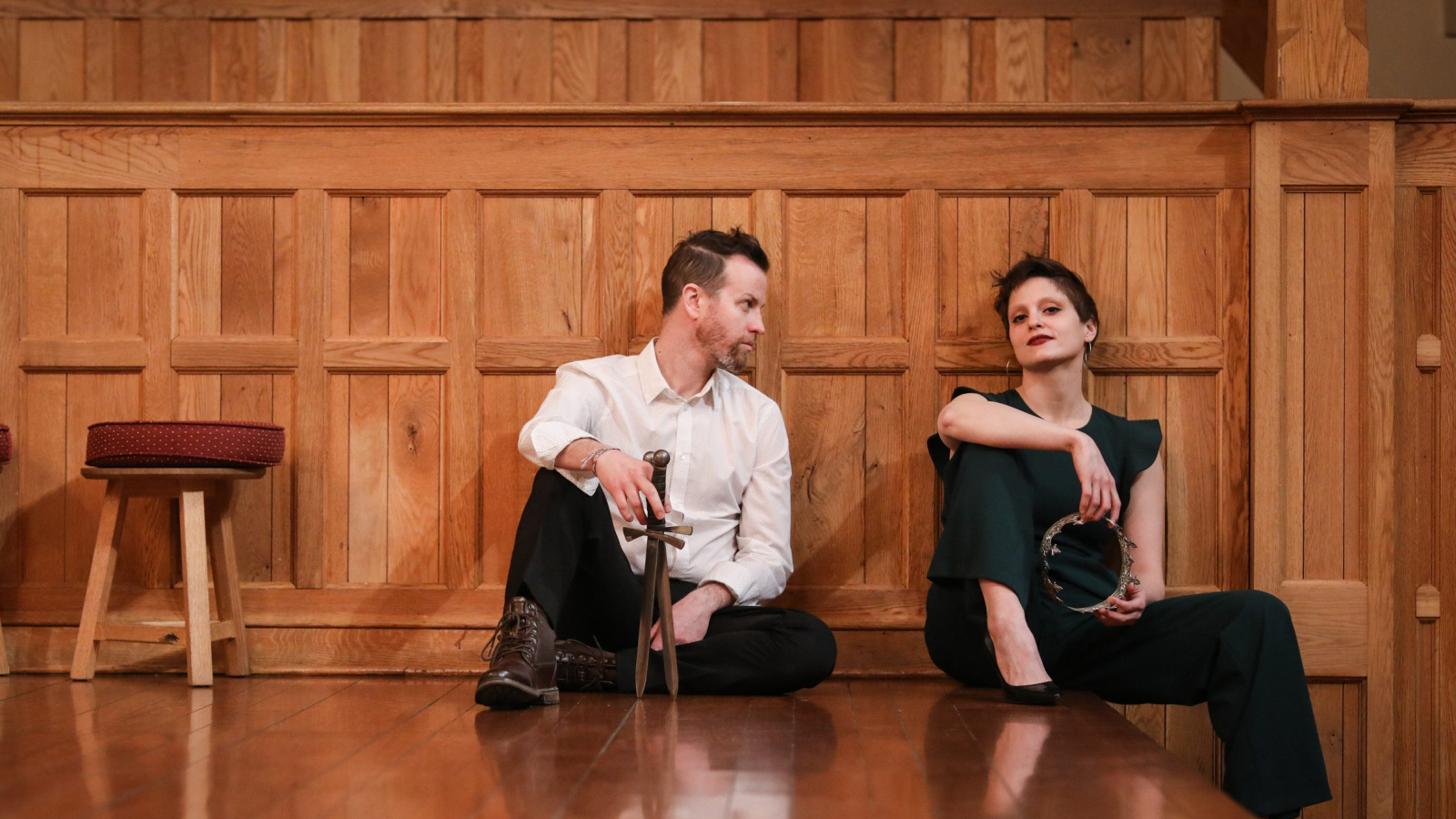 AMERICAN SHAKESPEARE CENTER Goes “Once More Unto the Breach” in its 2021 ACTORS’ RENAISSANCE SUMMER with new productions of Shakespeare’s Henry V, Macbeth and All’s Well That Ends Well

STAUNTON, VA – American Shakespeare Center will reopen in May 2021 with a repertory season of three Shakespeare classics. With programming selected, cast and directed by a cohort of actor managers, ASC’s new season embraces early modern tradition and its own critically acclaimed, audience-beloved practice of presenting actor-directed “Actors’ Renaissance” selections each year.
The tradition of actor-led productions is rooted in Shakespeare’s rehearsal practices and business model. As for the ASC tradition, it has drawn critical acclaim, leading Washington Post theatre critic Peter Marks to declare: “Each year, the American Shakespeare Center — a delightful company of well-drilled classicists — turns over the whole kit and caboodle to the actors. That’s right, the actors have the run of the place for a run in the place. And the results [are] outstanding. I arrived a skeptic, I left a believer.”
The Plays
ASC’s actor-managers–company veterans Brandon Carter, John Harrell, Chris Johnston, and Zoe Speas–have chosen a season that offers something for every Shakespeare fan: from the tragedies, the murderous madness of Macbeth, beginning May 13; from the histories, the swashbuckling Henry V, beginning June 17; and from the comedies, Shakespeare’s sauciest tale of romantic gamesmanship, All’s Well That Ends Well, beginning August 5. A complete performance calendar is available on the ASC website.
The three plays were chosen with thought and reason, especially for this season of emergence and reopening. One of ASC’s three actor-managers, Brandon Carter will return as Henry V after playing Prince Hal in Henry IV, Parts 1 and 2 in 2020. “As far as our research shows, I will be the first Black man in the U.S. to complete Prince Hal’s journey to the throne. It has been my particular mission as a theatre maker to “break the legacy” of what these roles look and sound like. It’s incredibly rewarding to know I won’t be the last – that I’m a part of a lineage that outlives me.” In this bold tale of courage and loyalty, King Henry leads his armies into battle with France, and woos and wins a princess.
Actor-manager Chris Johnston will take on the role of Macbeth, describing Shakespeare’s tale of mad ambition, magic and murder as “a freight train of a play, a plunge into imagination and escapism where you come for the ride and leave breathless.” In Shakespeare’s twisted tale of politics and warfare, Macbeth hungers for power, with murder begetting murder, and blood thirsting for blood.
Actor-manager Zoe Speas, who will play the Countess in All’s Well That Ends Well, believes that the heroine Helena’s passionate pursuit of her desires is a tribute to the resilience and resourcefulness of women. “It’s a voyage on a fantastical ship helmed by a single, independent woman – a woman whose ingenuity rescues a nation from the brink of disaster, saves a king from death, and protects her chosen, self-won marriage from dissolution.” In Shakespeare’s saucy rom-com, Helena plots against all odds to save her love.
The Venues
The season begins May 13 with Macbeth, performed through September 5 outdoors at a Mary Baldwin University’s Rose Terrace. Henry V begins June 17 at ASC’s Blackfriars Playhouse, the world’s only re-creation of Shakespeare’s indoor theatre; performances of Henry V run through September 4. Playing in repertory with Henry V in the Blackfriars will be All’s Well That Ends Well, beginning August 5.
American Shakespeare Center pioneered pandemic safety practices in 2020 with its SafeStart Season, in which a full season of live theatre was produced with no cases of Covid reported from the artists, staff or audience. In the 2021 season both venues will comply with CDC and county and state health regulations, which may include socially-distanced seating, required mask-wearing, and hand sanitizer stations. Touchless ticketing and digital playbills will be available. Up-to-date information on SafeStart accommodations at performances will be available on the ASC website at AmericanShakespeareCenter.com.
Tickets for the 2021 Actors’ Renaissance season shows are available now. 2021 subscriptions are also on sale. Tickets and subscriptions can be purchased online at americanshakespearecenter.com or by calling 1.877.MUCH.ADO (1.877.682.4236).
***
About the American Shakespeare Center
The American Shakespeare Center recovers the joys and accessibility of Shakespeare’s theatre, language, and humanity by exploring the English Renaissance stage and its practices through performance and education. Year-round in Staunton’s Blackfriars Playhouse — the world’s only re-creation of Shakespeare’s indoor theatre — ASC’s innovative programming and “shamelessly entertaining” (The Washington Post) productions have shared the delights of Shakespeare, modern classics and new plays with millions over the past 30 years. Beyond the Playhouse, ASC is a hub for Shakespeare education and scholarship and tours nationally from Texas to Maine each year with a repertory of three plays. Founded in 1988 as Shenandoah Shakespeare Express, the organization became the American Shakespeare Center in 2005 and can be found online at www.americanshakespearecenter.com and on Facebook, Instagram, and Twitter. ASC programming is sponsored in part by the Ambrose Monell Foundation, the Community Foundation of the Central Blue Ridge, The Shubert Foundation, the Virginia Commission for the Arts, and the generosity of countless donors.