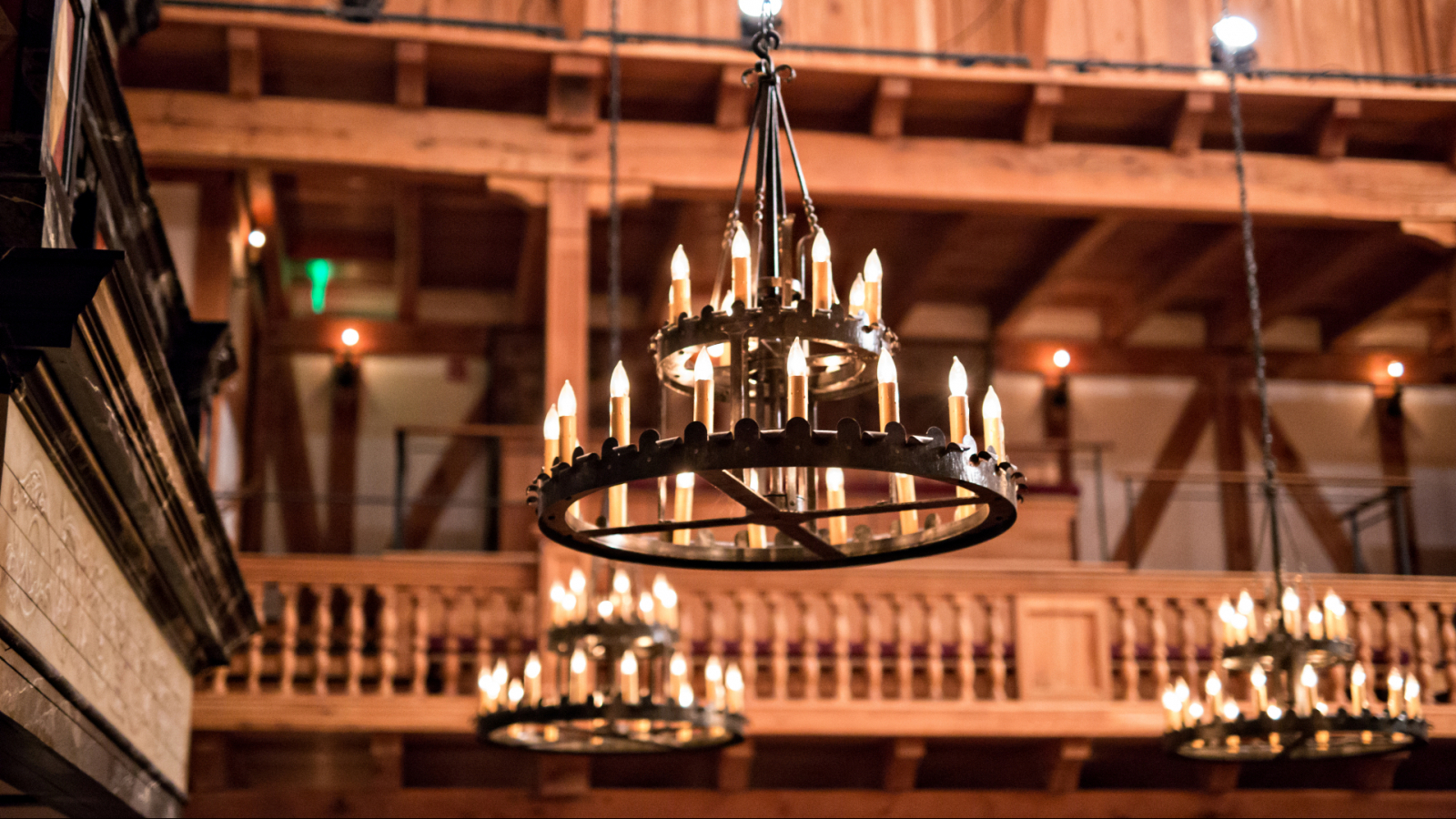 From the Rehearsal Room

In rehearsal today at the American Shakespeare Center, the actors began discussing how they ought to treat Bardolph’s execution in Henry V. This is a great shift in the play, in which the audience sees Henry V decidedly moving from friend of the people to king of the country through means of violence and betrayal, sacrificing loyalty for greatness. Do they put a bag over Bardolph’s head and walk him offstage? Do they have two grisly, dangling legs? What would be serious without being grotesque? What would be suggestive without being distracting? Their answer was deceptively simple: they would play a game. On the periaktoi – the tall, three-sided set-piece onstage, on all sides chalkboard material – one of the actors, an impervious lord, would begin the scene by drawing out the game of hangman and solicit letters from the audience. The correct answer to the game and the body drawn at the gallows are both Bardolph. This is dark comedy, perhaps, but comedy nonetheless. Every actor in the room laughed, both at the fun of the game and the joy in their arrival at it. And that, I realized, was what the rehearsal process had been for all of Henry V: take it seriously, understand it, and then communicate it through a game.

When sitting in the room at Henry V rehearsals, I’ve noticed that the operative word of every rehearsal, both as a noun and a verb, is play. Perhaps because this is their Actor’s Renaissance Series, in which the actors do “as they like it” without a director, but perhaps because there is something about putting on a play that prompts you to make a game of it. In the staging of Henry V, which happens scene by scene, actor by actor, without any one elected leader overseeing it, the cast has introduced and staged many games. One is Bardolph’s unfortunate game of hangman, another is the Dauphin beating the Constable and Orleans at dice (much to their chagrin), another is Pistol’s half-drunken game of hide-and-seek with a French soldier, and so one. The text and their delivery of it brings to life a Wittgensteinian language game (for more about language, check out my other Henry V piece). One gets the sense as well that the war is all a game of strategy, lives, and land. They not only play games – they also play bits, play jokes, play act, play music – I never cease to be amazed at how many instruments they can, well, play. There are many versions of Henry V that take the show very seriously, whether in an ironic or in a celebratory way. It is a history play, after all, with a plot and tone less determined than tragedy, comedy, or even romance. In this production, the company lets this ambiguity skew comedic. The seriousness does not disappear, but neither does it scold us. It – or rather, they – make us laugh.

Trained as I am as a reader rather than a player, the shift from word to stage always surprises me with how fun and even practical plays really are. Where did we put the field of battle again? Is this person dead at this line or that one? Does it work if I run into this door and kinda hit my head? The text of Shakespeare is indubitably lovely, and at times sober. The work of this cast, though, brings to life not just the words, but also the audience. They have made me realize that we do not laugh in the same way or for the same reasons each time. We laugh when we understand something; we laugh when we’re surprised by something; we laugh when we’re part of something. Just as the Chorus repeatedly reminds us, we are watching a play. During the disaster of war, they have fun. As the world community slowly exits our disaster, this Henry V draws us into a world in which greatness, sobriety, tragedy, and fun can live together. In a game like that, everybody wins.