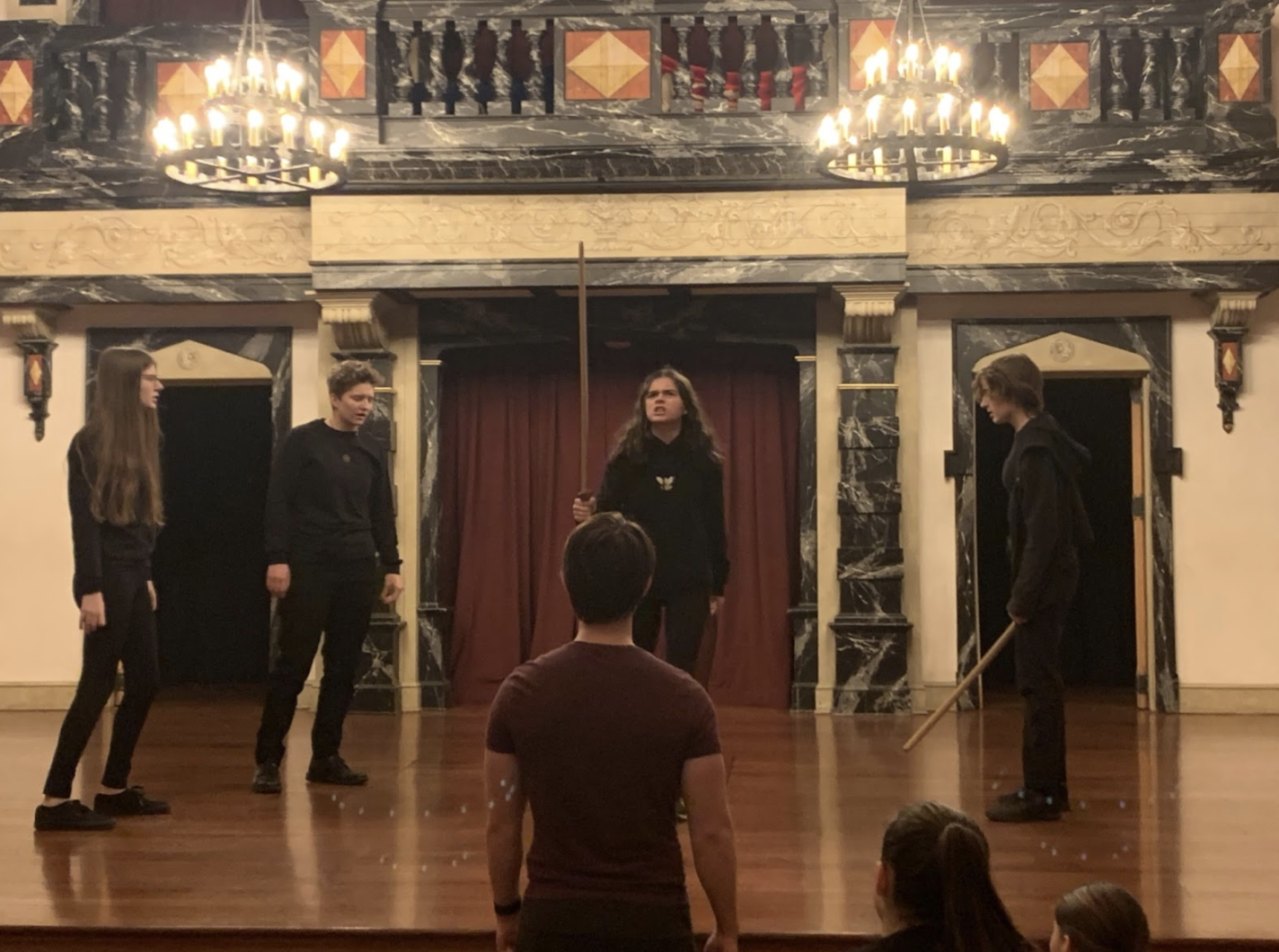 Photo of the Day: The French Court is ready for battle! (Onstage from left to right: Riley as Orleans, Micah as Rambures, Violet as Dauphin, Isabella as Constable)

What we did: We started the day with yoga and optional Zumba, followed by breakfast. After our daily check in, we scheduled our rehearsals and the props committee (Analise, Riley, and Isabella) updated us about what kind of props we have and are able to use in each scene. Then rehearsals started!!  We finished up the last of our blocking for our scenes and worked the epilogue. The scenes we finished up started with the French mourning their loss, all the way to Henry’s discovery of York’s death. Then we had lunch, and afterwards we choreographed the last choruses. Because of that, we were able to run through all of the choruses! Our whole show is blocked!!! We then were able to block all of the crosses and fights for Agincourt, and ran the whole thing in the playhouse!

Production Insights: The realization that a Ren style show is extremely different from a directorial style really set in today. We did a very shaky stumble through of the Agincourt battle in the playhouse and it was a lot. I never realized just how complex theatrical productions are until I was the one who had to keep track of where I was going, who would be in my way, where I have to set props down, and everything else that directors and techs would help with. That’s not to say of course that we don’t have help, but it is very different and much harder.