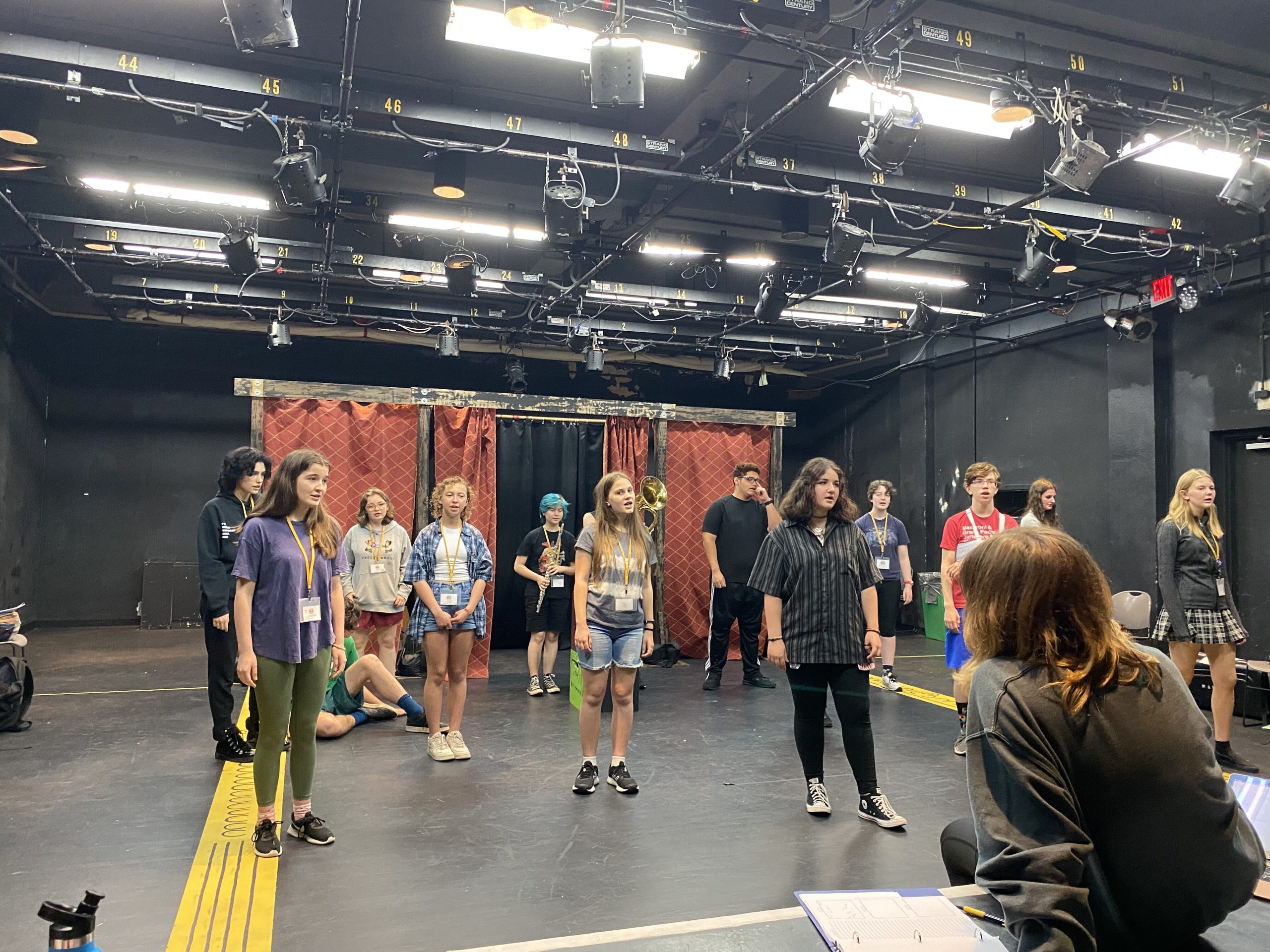 First off, congratulations on a fantastic dress rehearsal! The campers got notes from their dress rehearsal, and then we were back into the work. We started with V ii, the final scene with all the reveals and court action, to do some fun and funky scene work. Then it was on to work IV iii, with Amadine, Bremo, and Mucedorus. After some clarity was gained, Desi and Archer leapt into working the Old Woman and Mouse scene. It was already quite funny, but with work the jokes got tightened up. Every scene got tightened up, but there was already so much good work and good structure there that the work was, to use yet another metaphor, all tightening hinges. Then, once more we returned to music rehearsal. Then we had a break! After the break, we did a fight call before our full run. Then the campers got into places, and they were off! T’was a lovely run and a lot was noted down. See you all again at the next rehearsal!

Coming off of their absolutely delightful dress rehearsal, the campers’ scene work today was focused mostly on polishing and clarity. The addition of an audience, especially an onstage audience ion the gallant stools who played along, was very clearly a major boon to the energy of the play. The scene work then today went quickly and well. It’s always stunning how much a show can improve when the cast trusts that people enjoy what they are doing. Once they know that people. think they’re funny, that they’ve already gotten the laugh, it frees them up to make bigger and bolder choices because they trust themselves more. And they deserve to trust themselves! The work they have done is absolutely astounding, and unflinchingly hilarious. It makes me very happy to see them realize just how funny they are and can be. Keep it up campers, and make em’ laugh!