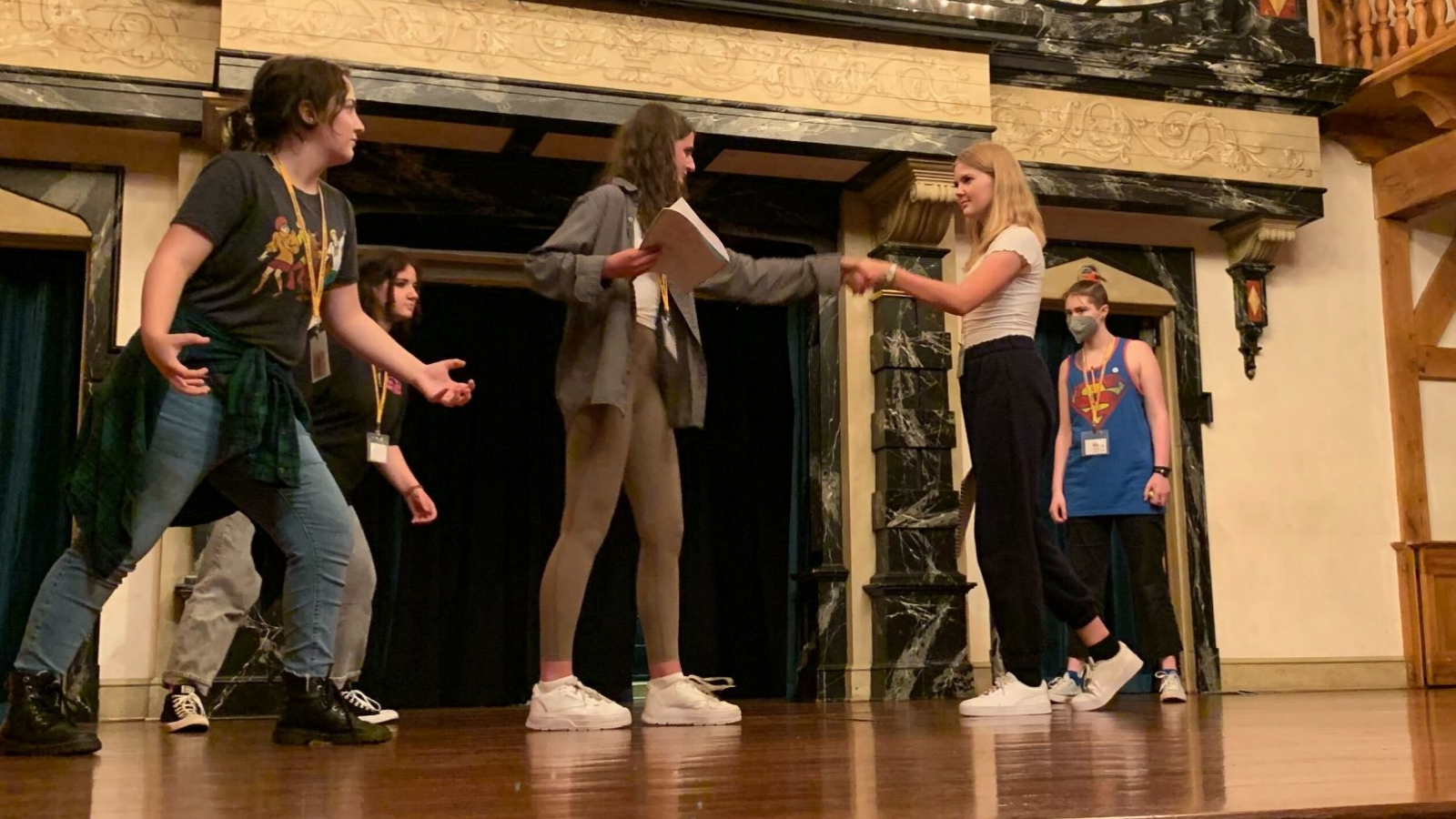 We started rehearsal with some fun warm ups of zip zap zop. We then separated the campers into their “teams” (in our production of Mucedorus the characters of Envy and Comedy have broken up the characters into teams to tell the story) and they hurled Shakespearean insults at each other. The campers were quite enthusiastic and they cheered on their teammates and insulted their rivals with gusto. We then listened to the song we will be using at various points in the show (Ben Folds’ Capable Of Anything). Then the cast split up and Dave blocked out the first three scenes while RDA Daniel helped the campers not currently blocking a scene with their text.

It’s incredibly wonderful and fascinating to get to watch the building of a show that so few contemporary audiences have seen. I’m the dramaturgical intern for this show and while researching Mucedorus found it to have been extremely popular at the time that it was being performed, but now very few even know of its existence. So, while watching our campers get to build the show from the ground up is incredibly exciting, I get to see contemporary takes on words that very few have heard and therefore have no preconceived notions of the characters or the story itself.