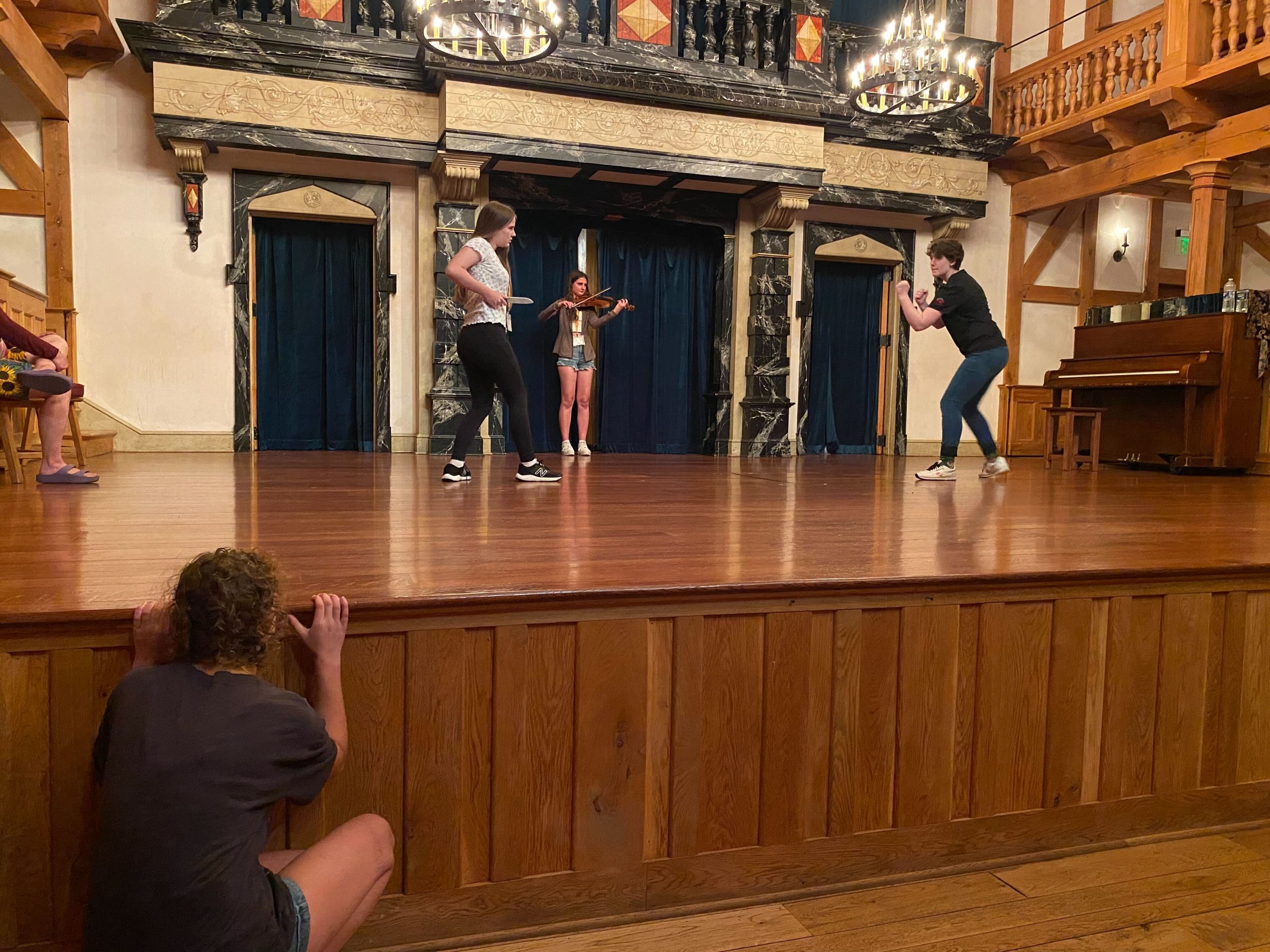 Back in the playhouse yet again! It’s good to be back in this Wooden O, ready to do some work. The campers started with a bit of a split up before we tackle our stumble through. Thusly, we began with a fight call. Fight calls are where the fights in the show are run at a slow speed, and then again at show speed, and any questions about clarity are asked to make sure that everyone involved has run the fights before doing it in the scene, and to make sure that everyone feels safe doing so. Fight calls are a mandatory thing for every show that has any fight, and they’re a really brilliant thing. After fight call the campers worked the song again, this time adding in piano from Sophia, flute from Esme, euphonium from Phoenix, and percussion from Hank. They finally got to play the song in the space for the first time, and it was really special, really truly. Then we had a break! After the break we had a little pre stumble through speech about prop placement and such, and so after all those lovely props were set we were off to the races! It was a stumble through but we got through the show all the way! (many applause, proud of you campers) and we ended with beginning to block the song.

Stumble through! It’s always exciting to see the play fully on its feet for the first time. It starts as a stumbling thing, but it is beautiful to see it stand up. As I have said in previous blogs, the space itself is incredibly important to the running of the play, so too is the lack of scripts in hand. Thus, the cast’s first run through at the Blackfriar’s Playhouse is a big deal. As always, the campers rose to the challenge, and it was a true delight to see them reckon with the space and the work they had done, and matching it to the space. Bearing (haha) all this, the campers did a lovely job in the space, and they truly gave the show life. We very much have further work to do, and there is polishing to be done of course, but as of today, the show has taken its first steps.