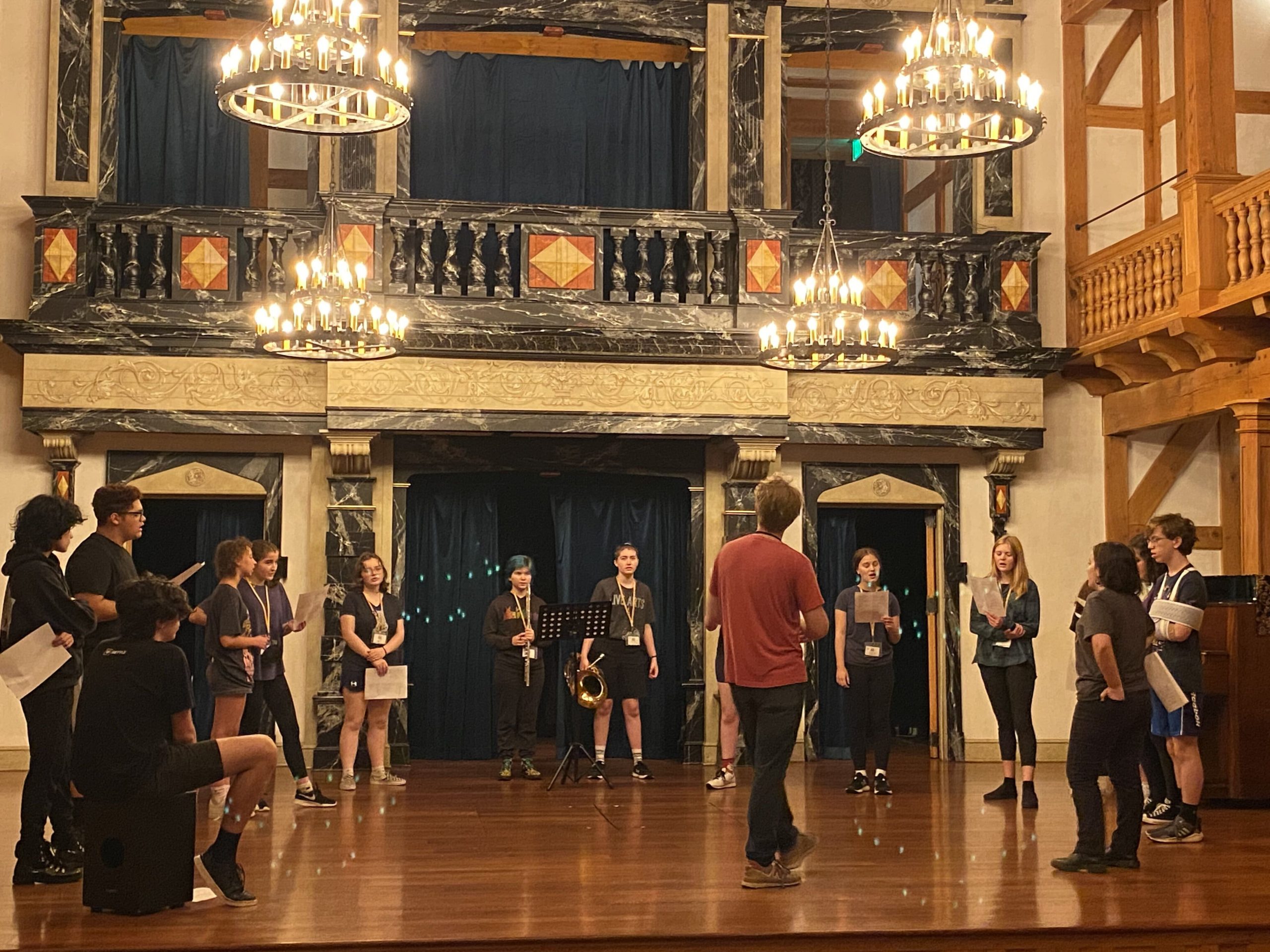 Back in Blackfriar’s baby! Buckle up for a LONG day of theatre. The campers have their dress rehearsal tonight but for now they are rehearsing. Rehearsal began with good old fashioned notes. We also have a guest today! Our fight choreographer Gil Mitchell was here to help with the fights in our show. We started with the body drag of trusty Tremelio (Hudson). They’d had the shape of what they needed to do, but today they learned how to do it. Next up was Bremo body drag. We cleaned it up and then it was on to the bear entrances. We added in a wonderfully loud tympani drum to the entrances of the bear. After Hank added some really cool drums to the entrances, the campers made the bear fight. The fight itself happens backstage, and so the campers got to create their own sound effects. After the sound effects, we switched back to fights and Gil jumped back onstage to help with the death of Bremo. Massive sticks are a very fun weapon. Next fight up was Tremelio vs. Mucedorus. Knife time yet again. The slow mo battle was clarified, and then we had a break! After break, the campers practiced the song yet again, and ran through the blocking. See you all again soon at the dress rehearsal!

Sound effects are always a major source of fun and stress for theatrical productions. Many cues to be remembered, many noisemakers and instruments to manage, but also, much fun to be had. Sound adds an immense amount to any production, and in the Blackfriar’s all sound and music is done acoustically, meaning, every sound and song is done by people or instruments, nothing electric. There are a lot of creative options for acoustic sound cues, and Mucedorus is using some really fun sound effects. An incredibly noteable one being voice! The campers stomped, yelled, and shrieked, to create a soundscape of a massive bear fight. It was really fun to watch and I can only imagine how fun it must haver been to do. It was really a joy to watch all the sounds of the show come together, and it really made me think about the soundscape of a show. Usually when thinking about productions things like costumes and makeup are some of the first things that come to mind then considering the style or aesthetic of a production, but today made me remember that sound plays just as big a part in the storytelling of the world of the play. Thanks for the sounds campers, you all sound fantastic.