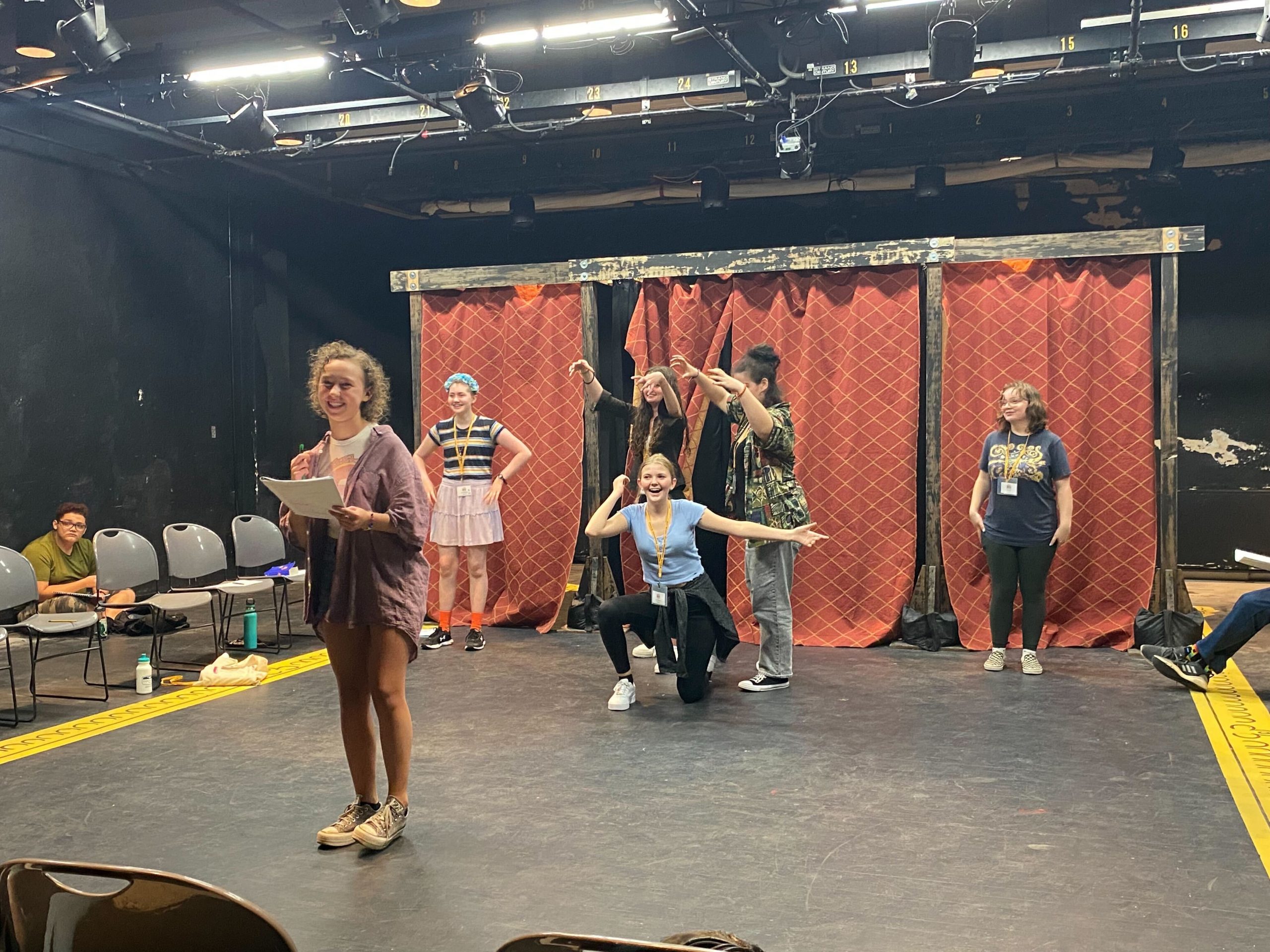 We began rehearsal as we always do with warm ups of zip zap zop and viewpoints. Daniel then took the campers on Team Comedy and Team Envy to work on the bear story pantomime and the show song. Dave then began working through the text of I. iv with our beloved duo Mouse and Segasto and blocked it. Then Team Comedy and Envy took the rehearsal stage and began to build THE BEAR out of their lovely ensemble. River and Donovan presented a mini pantomime scene in between II i and II ii. We ended by beginning the blocking for II ii.

Ensemble ensemble ensemble!!! Watching the campers build movement together and slowly get better at working together is incredibly rewarding. It’s still very early in the rehearsal process but they are slowly starting to learn how to follow their impulses and how to help their castmates’ impulses aid the story along with theirs. Not only that, but they have taken the text in stride, laughing at the jokes, asking good questions, and leaping into what is significantly old language. I can’t wait to see how they will continue to build their story.