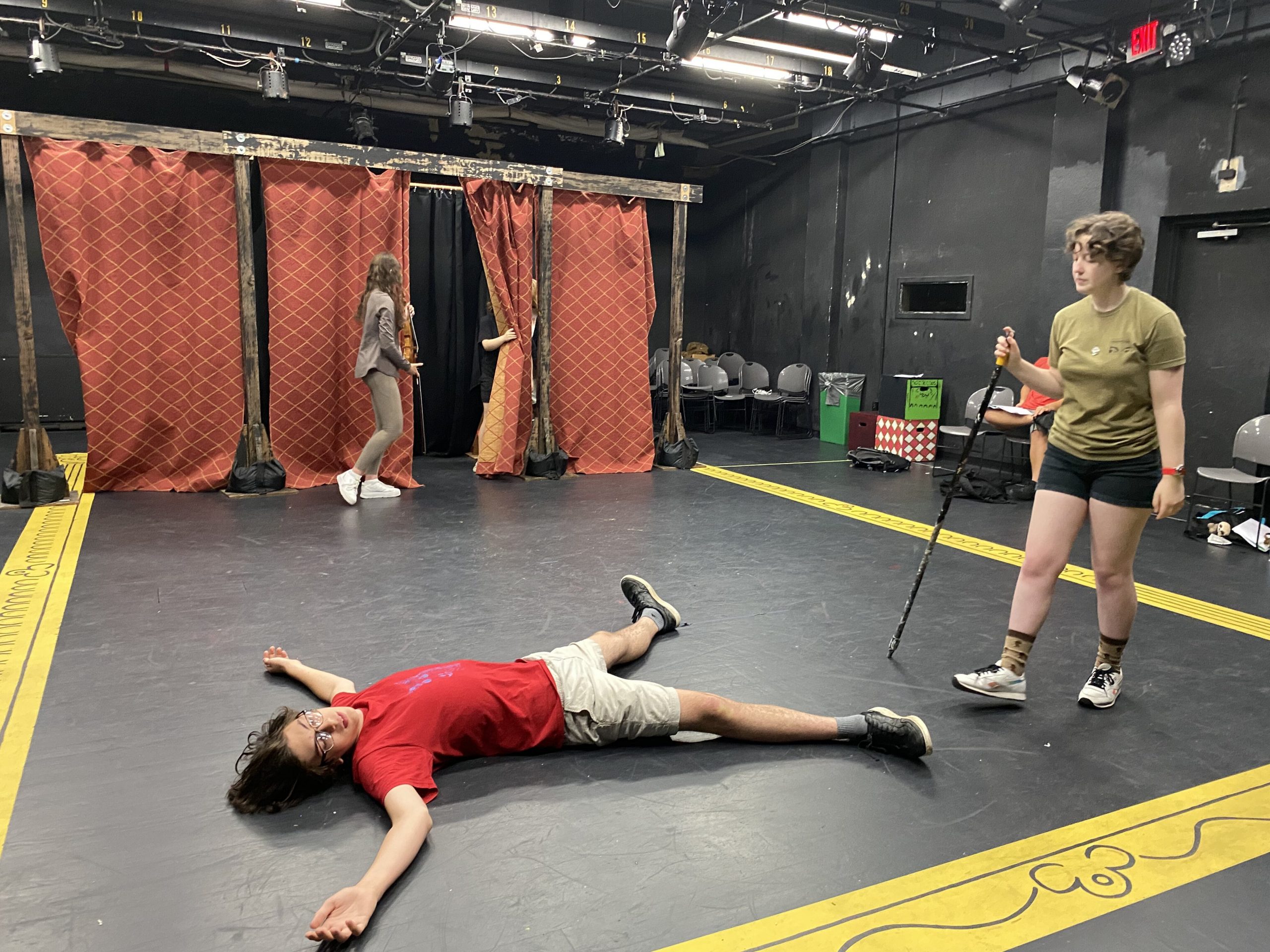 dawn of the final day

It’s the final rehearsal! I find myself wanting to write something meaningful and poignant at the beginning of this post but this is the section where I simply recap what occurred, and as all rehearsals begin, it simply began. Rehearsal started with Dave giving notes from the run the campers did in the previous run. Next up was to work the induction yet again. It was quick work, and then we were back to the bear pantomimes. Bearography is an incredibly important part of the show, and some of the transitions and prop movement got cleared up. Next next up was the second court scene, or, the trial of Mucedorus. Before the break, the instrumentalists worked on the song in the lobby, whilst the people in the rehearsal room ran III i. Then it was BREAK. After we got back from break we had a fight call, there followed a music call, which then led into a full run yet again! All went well and then it was done. It’s been a wild ride campers, see you in the next adventure.

Final rehearsals are always such a strange thing. Everything is just the same, but it’s final. It’s “just another day” and so you don’t process it as an ending until you’re never in that room with those people again. The campers have done an absolutely astoundingly good job with the time they have had, and after the dress rehearsal in the playhouse, all of their subsequent rehearsals have just been small adjustments and practice runs. I am more than confident in their ability to perform, and I just know that on Sunday, everyone will be rolling in the aisles at the absolutely hilarious and hard work they have done. I’ve learned a great deal from these campers over the course of these three weeks, and I’m excited to take what I have learned with me. Joy is most apt a word to describe what I have learned. There are so many things I learned about dramaturgy, rehearsal, and theatre, over the course of these weeks, but to me the lesson I most needed to learn was about joy. Theatre is joyful. There are many things to know, and many specific techniques and lessons to be learned, but at the end of the day, it’s supposed to be joyous! I feel as though I keep forgetting and re learning this, and I thank the campers (and the lovely staff) for teaching me once again that yes, joy is everything.

So thank you, Percival loves you all.