For in person participants, American Shakespeare Center will welcome a limited capacity of conference attendees to the Blackfriars Playhouse, where we will join together each day of the conference to hear papers (delivered both in person and through a streaming platform), celebrate attending the plays in our season, and enjoy other social events and activities.

For remote participants, American Shakespeare Center will welcome you to join the conference on the digital platform Whova which you may use to schedule your attendance. Whova keeps all of the session information in one place, so you will not have to search for the zoom links for various sessions or the plays you would like to stream. Whova also invites remote participants to engage with one another in breakout rooms and user-managed events. Additionally, each session will be available after the conference closes so you can revisit moments of interest during the keynote and paper sessions.

Stay up to date.

This three day conference invites papers that explore the performative conditions of early modern plays, the effect of place on those performances, the practices of the players, and the texts themselves through time.

Presenters will receive notification by August 1, when registration opens.

Presenters wishing to attend in person must demonstrate proof of vaccination, if you are unable to be vaccinated and your paper is accepted, ASC will arrange for a virtual presentation.

**Schedule is tentative and subject to change 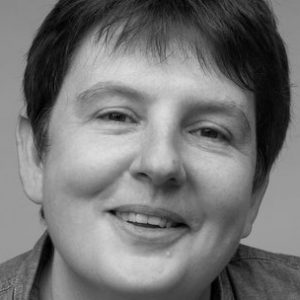 Emma Smith is Professor of Shakespeare Studies at Hertford College, University of Oxford. She has published widely on Shakespeare’s reception in print, performance, and criticism. Her work on the First Folio – the first collected works of Shakespeare – included authenticating a new copy on the Scottish island of Bute. A new edition of her book The Making of Shakespeare’s First Folio will be published in 2023 to mark the 400th anniversary of this most famous of publications. She has worked with theatre companies in the UK and USA, as a historical and textual advisor on film and TV, in curating library exhibitions, writing for newspapers and popular magazines. Her podcasts on Shakespeare and other dramatists can be downloaded from podcasts.ox.ac.uk. Her most recent book, This Is Shakespeare, was a Sunday Times bestseller in the UK: it tries to enable readers to see the plays as incomplete, ambiguous texs to think with. She edits the international journal Shakespeare Survey. She is currently working on a new edition of Twelfth Night. Portable Magic: A History of Our Long Love Affair with Books will be published by Penguin (UK) and Pantheon (USA) in spring 2022. 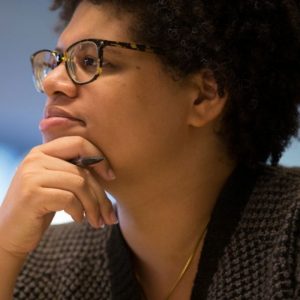 Patricia Akhimie is Associate Professor of English at Rutgers University-Newark, where she teaches Shakespeare, Renaissance drama, and early modern women’s travel writing.  She is the author of Shakespeare and the Cultivation of Difference: Race and Conduct in the Early Modern World (Routledge 2018).  She is co-editor, with Bernadette Andrea of Travel and Travail: Early Modern Women, English Drama, and the Wider World (University of Nebraska Press 2019).  She is currently at work on a new edition of Othello and a monograph about gender, race, and early modern travel.  Her research has been supported by the National Endowment for the Humanities, the Folger Shakespeare Library, the Ford Foundation, and the John Carter Brown Library. 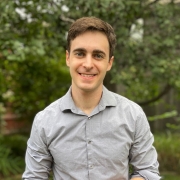 A Voice You need to Hear

Joseph Mansky is an assistant professor of English at the University of Oklahoma, specializing in early modern literature. His current book-in-progress, Seeds of Sedition: Plays, Libels, and the Public Sphere in Shakespeare’s England, examines how amateur and professional playwrights—including Shakespeare—took part in the seditious and slanderous talk that swirled across the early modern media. He is also writing a literary history of early English republicanism. He has published articles on a range of early modern poets and playwrights in ELH, PMLA, Renaissance Drama, Shakespeare Quarterly, and Milton Studies, and his work on the circulation of the Catholic libel Leicester’s Commonwealth recently appeared in the Papers of the Bibliographical Society of America. His research has been supported by the Institute for Research in the Humanities at the University of Wisconsin-Madison, the Renaissance Society of America, the Folger Shakespeare Library, and the Huntington Library.

Prof. Mansky received his B.A. from Cornell University and his Ph.D. from the University of California, Berkeley. Before coming to OU, he taught courses at UC Berkeley, the City College of New York (CUNY), and Bard College. For more information, please visit josephmansky.com.

Watch this page for more Keynote and Abstract Information

Visit our Plan Your Visit Page for more information about Staunton and surrounding areas!