What if you could give Shakespeare’s tragic couples a “happily ever after”? Constance Ledbelly, scholar and self-defined “old maid,” is about to find out, after being dragged head-first into the worlds of Othello and Romeo and Juliet. To get back home, Constance must decode an ancient text while fending off overzealous lovers, navigating Cyprus and fair Verona, and discovering the truth about herself. Delight in this new-ish play that critics have called: “lots of clever fun”; “full of brilliance, wit, insight, and theatricality”; and “a dazzling romp.” 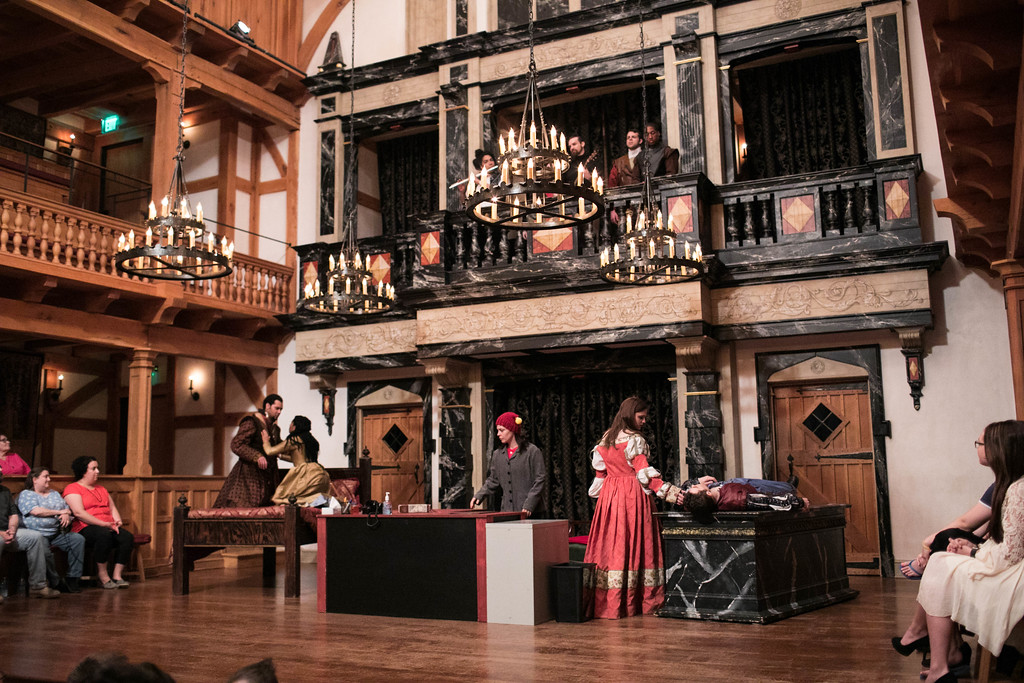 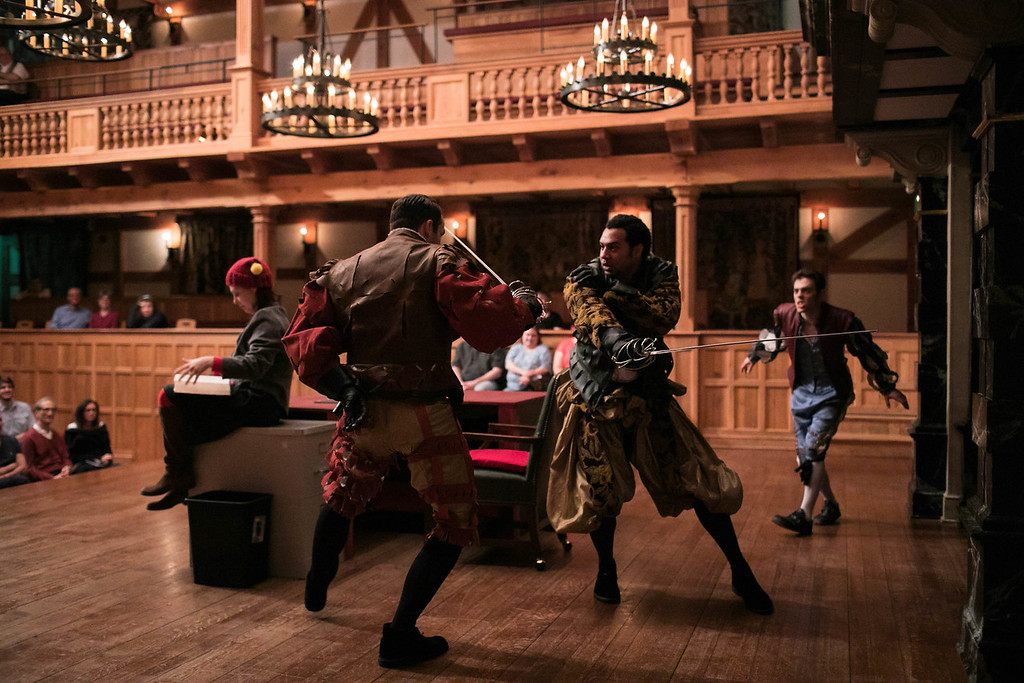 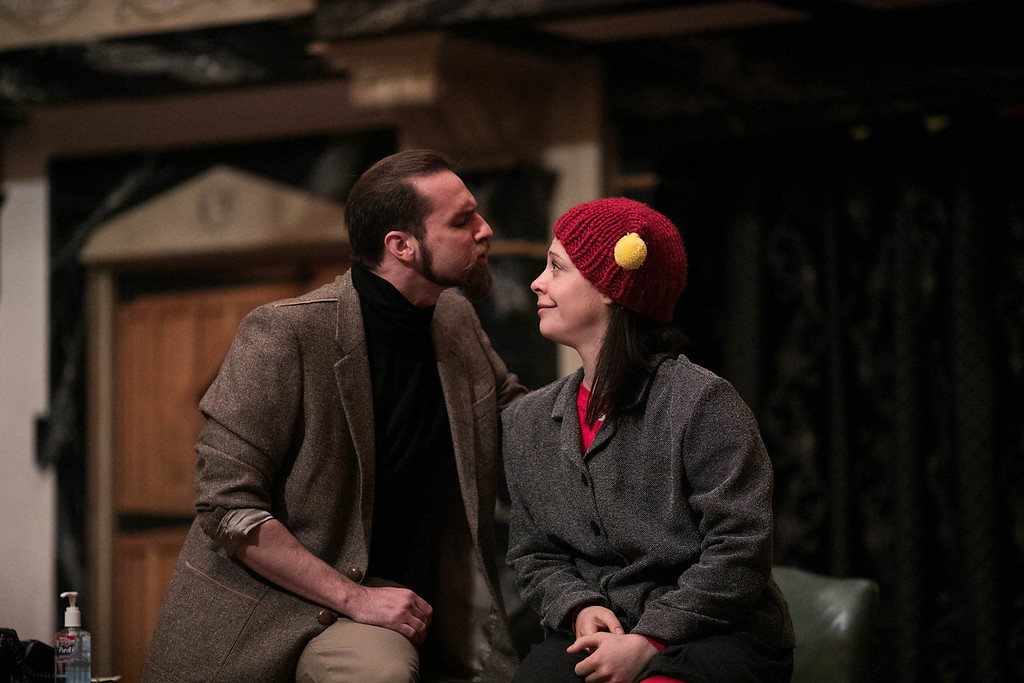 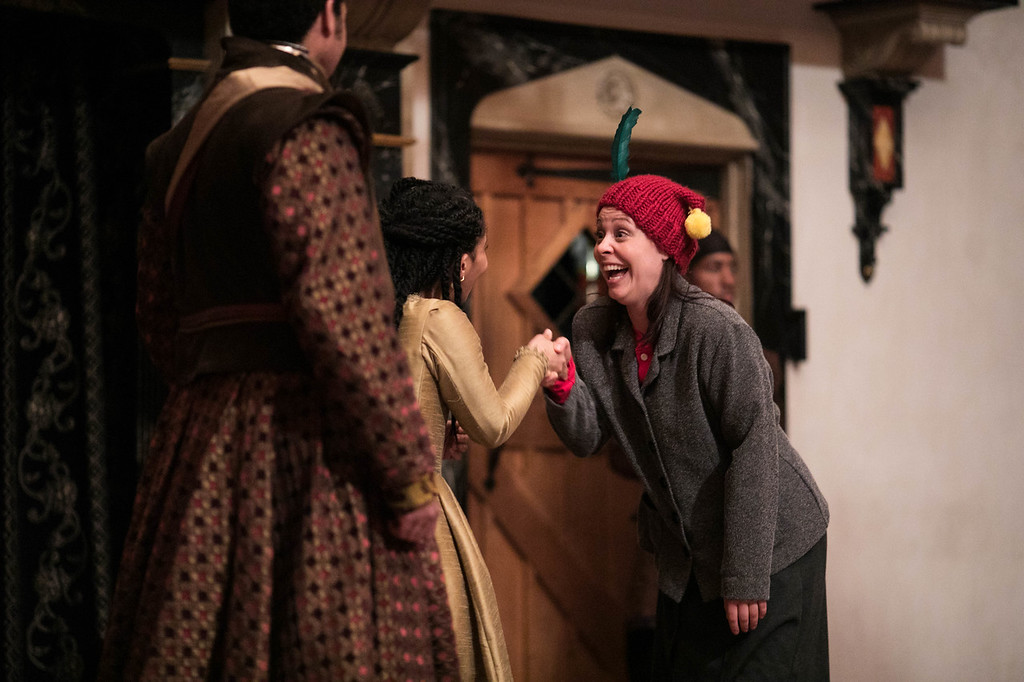 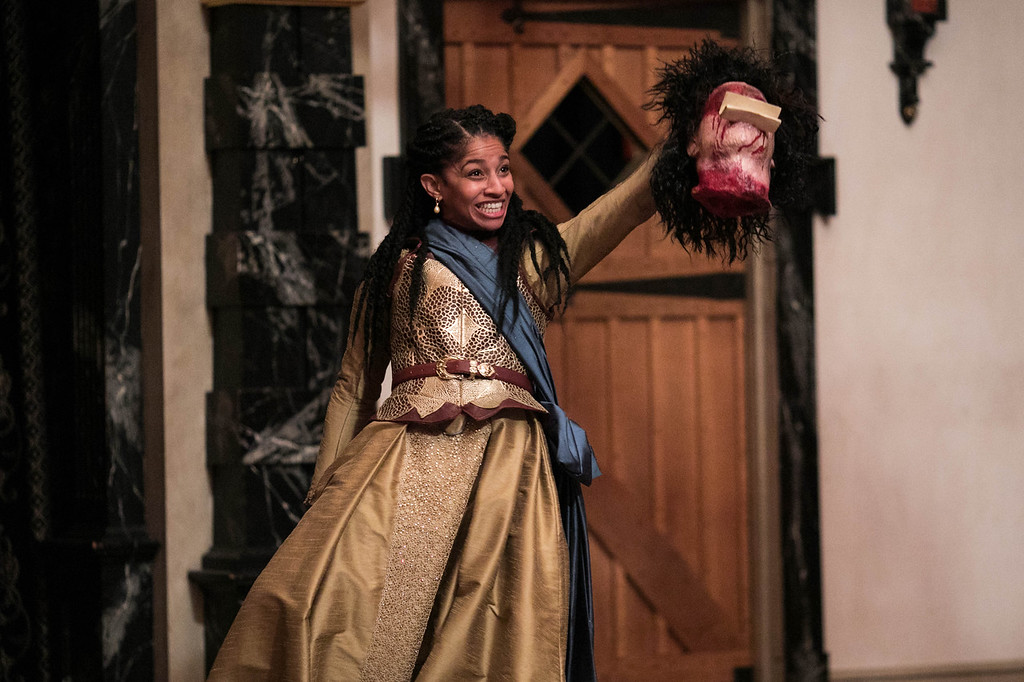 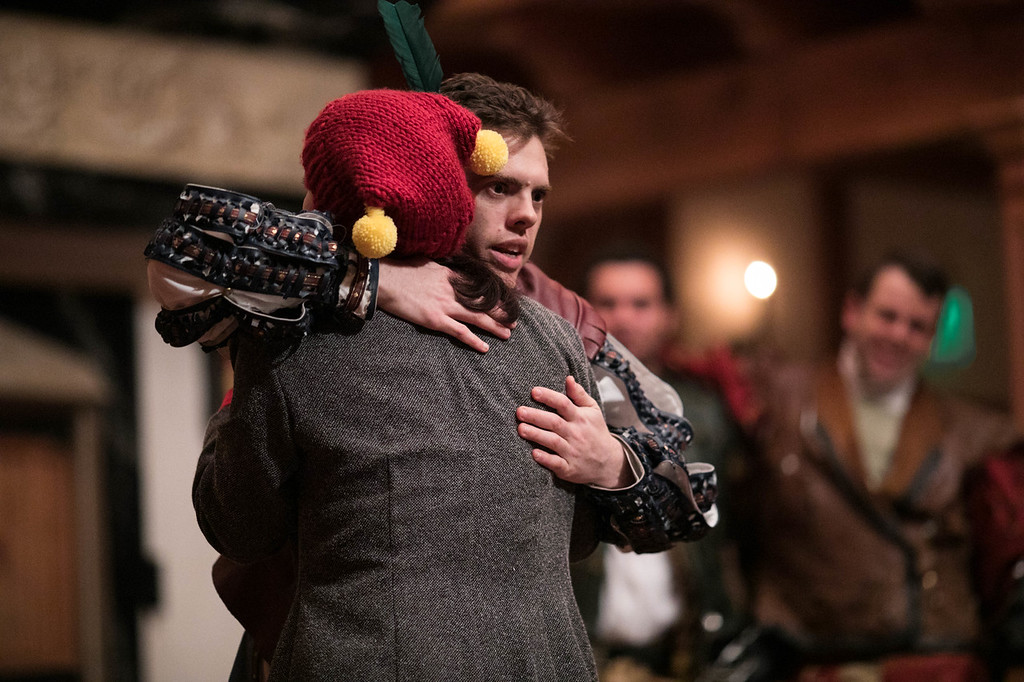 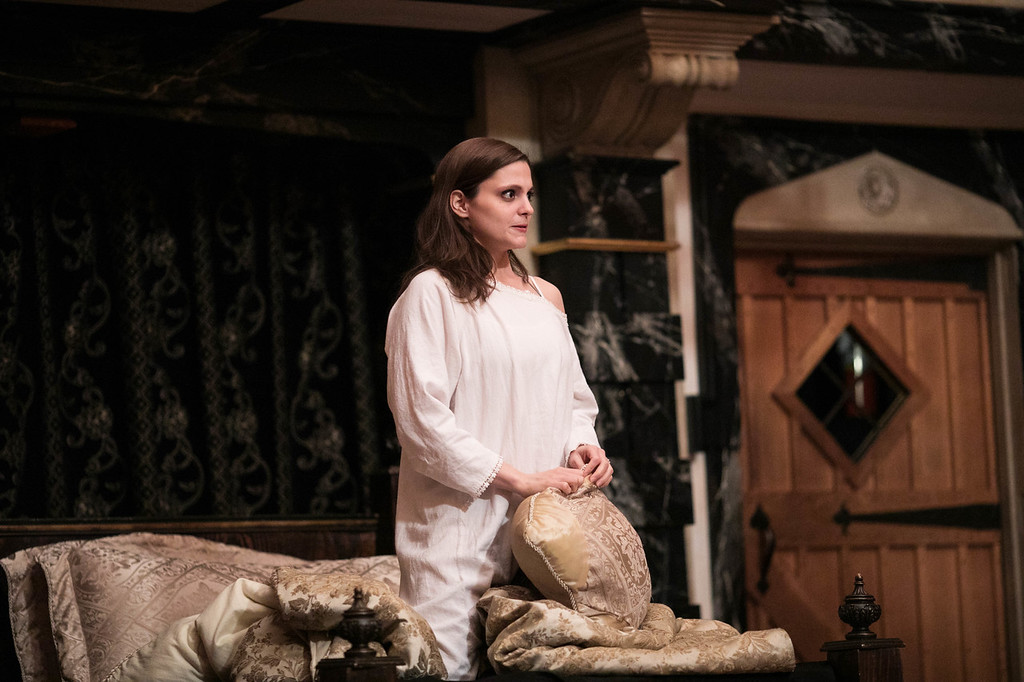 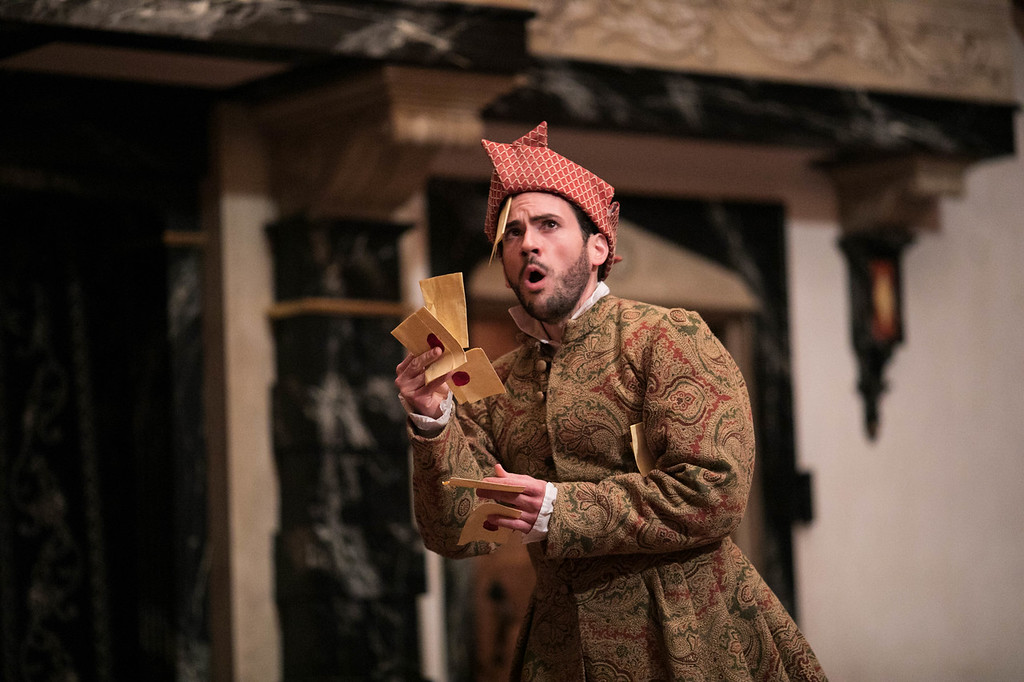 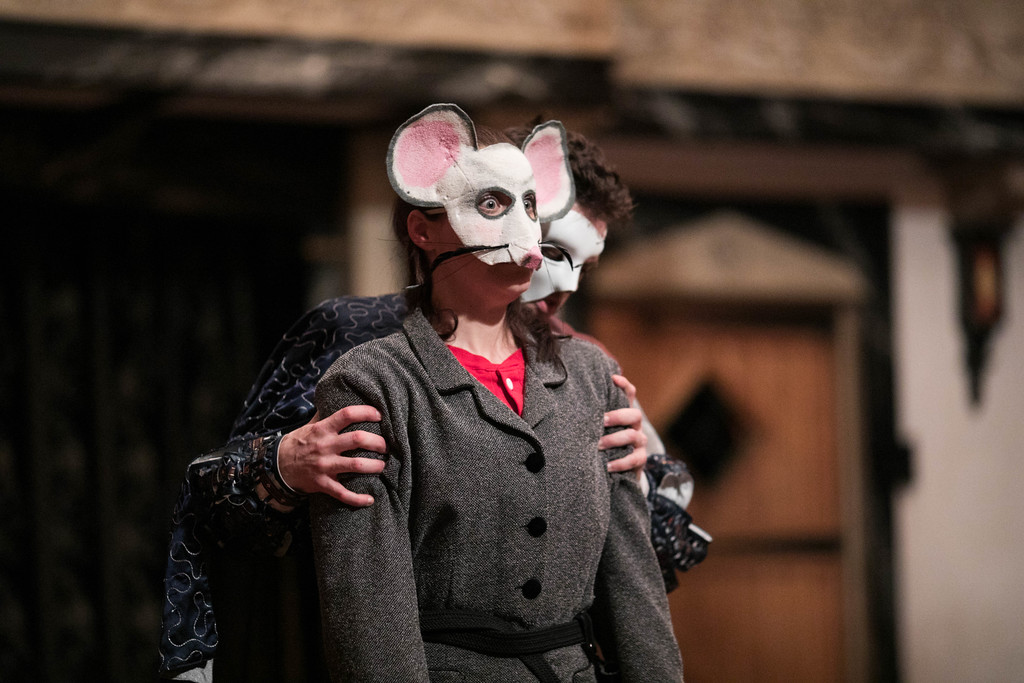 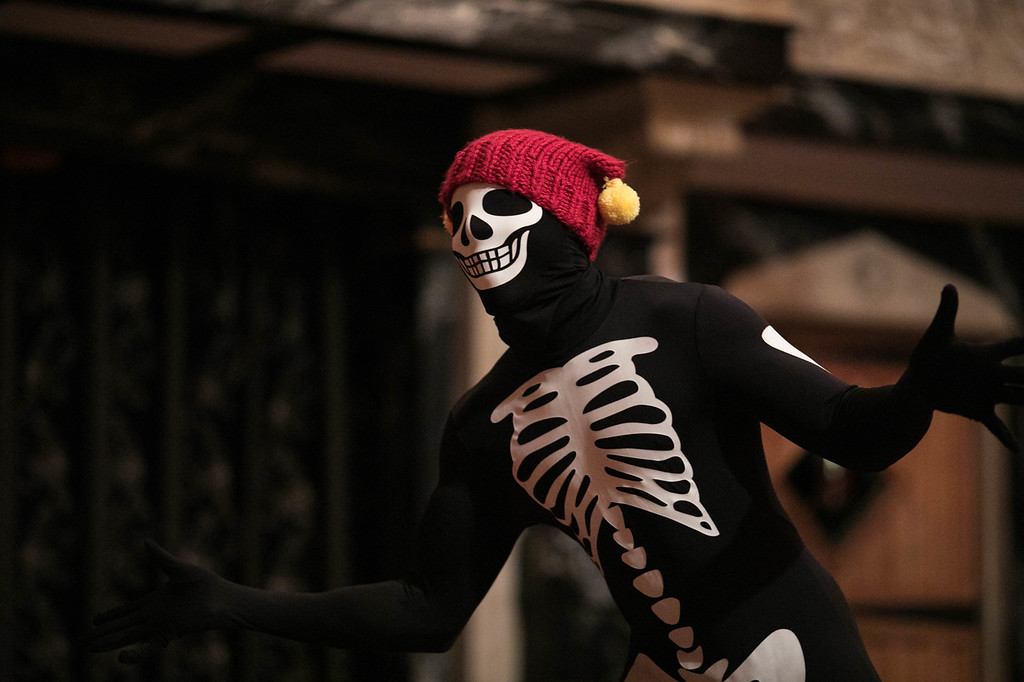 One of our goals at the ASC is to encourage playwrights to create new works for Shakespeare’s Staging Conditions. In February of 2017, we will mount the first professional production of Shakespeare’s Sister by Emma Whipday as part of our Actors’ Renaissance Season. We have even bigger aspirations on the horizon, but we are delighted to begin our journey down the road of going Back to the Future with new plays written for these four-hundred-year-old staging conditions that create an in-your-face dynamic with the lit audience joining the world of the play. As we work toward that goal of becoming the center for the next generation of classical plays designed to be performed in rep with Shakespeare’s plays, we are thrilled to present a modern play that not only thrives under our staging conditions, but also creates some contemporary magic with characters from Shakespeare’s plays.

In 1988 (the year the ASC was born), Nightwood Theatre in Toronto was the first to produce Ann-Marie MacDonald’s Goodnight Desdemona (Good Morning Juliet). Normally we don’t put much plot stuff in the Director Notes, but I think this description of this story from MacDonald’s website is illuminating:

It takes us…into the fraught and furious worlds of two of Shakespeare’s best- known tragedies, and turns them upside-down. Her attempts to save first Desdemona, then Juliet, from their harrowing fates result in a wild unpredictable ride through comedy and near-tragedy, as mild-mannered Constance learns to love, sword-fight, dance Renaissance-style, and master a series of disguises… Goodnight Desdemona (Good Morning Juliet) is a gender-bendy, big-hearted and crazily intelligent romp, where irony and anger sing in perfect harmony with innocence and poignancy.

While Goodnight Desdemona is not a brand new play, we think we will be the first theatre ever to do it using Shakespeare’s Staging Conditions and perform it in repertory with Romeo and Juliet AND have the same actors play the same characters who appear in both shows. We did something similar in the ASC Blackfriars Playhouse 2015 Spring Season when we had the newish play Wittenberg by David Davalos in rep with Shakespeare’s Hamlet and Marlowe’s Doctor Faustus. We have also done Hamlet in rep with Tom Stoppard’s Rosencrantz and Guildenstern Are Dead three times in the ASC’s 28-year history with the same actors playing the same characters in both productions. Doing plays in true rotating repertory – the same 11-12 actors appearing in 3-5 titles that change every night – is one of the lost joys of Shakespeare’s company that we are bringing back to delight modern audiences. We up the ante and double the fun when we add modern plays that vibe off Shakespeare’s plays and when we cast the same actors to perform the same characters that appear in multiple shows.