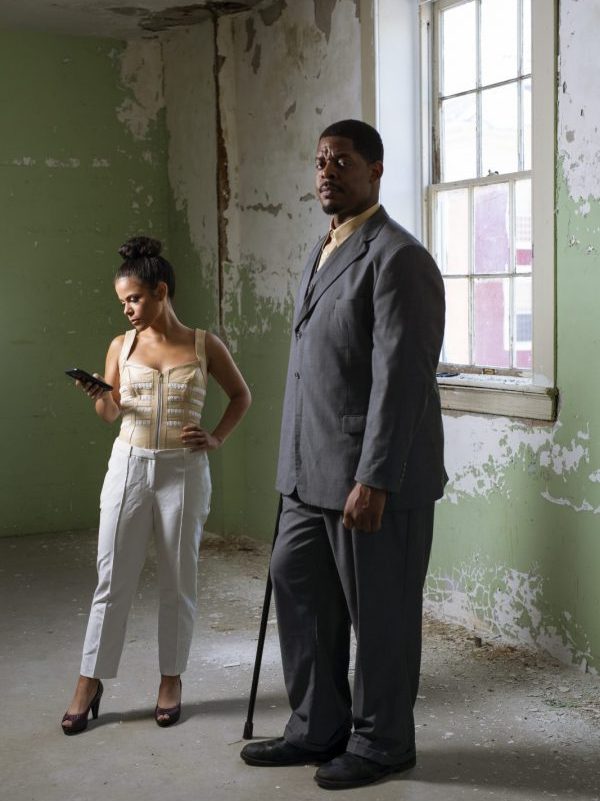 “Hang there like fruit, my soul, Till the tree die.”

Princess Imogen is catapulted onto an epic journey when her father, King Cymbeline, banishes her soulmate. Featuring a band of tough but loveable woodsmen, an evil queen, noble battles, and unexpected plot twists, this late Shakespearean play enchants audiences with a story about a powerful princess who will do anything for love.

A Note from the Director, Vanessa Morosco

What’s in a name? “A rose by any other name would smell as sweet,” so according to Juliet, not much, but I disagree. It’s not because we aren’t sympathetic with Juliet’s situation: she’s in love, and telling everyone who will listen it’s of no consequence that Romeo’s last name brands him as one of her own family’s sworn enemies. But rebellious and courageous as she is, she’s wrong. Romeo’s last name does matter. And the result is tragic for both of them.

A name is usually the first impression we receive. It can signal ethnicity, race, religion, gender, class, social standing, or socioeconomic background, and we seek those signals, because they form the filters through which we make our assessments of others and consequently how we initially interact with them.

Our corporate world is currently consumed by charged conversations – supported by comprehensive studies – about how our unconscious bias is triggered merely by the name on a resume, which can lead to discrimination in hiring practices, which both severely limits the diversity of any talent pool and has, of course, also ended in hefty lawsuits. Every startup company knows that its brand name is a key factor to its success, just as a long-standing company invests in rebranding in order to keep up with the current culture. Our current cultural discussion around transgender and gender non-conforming people in our society is driving us toward a new perspective on how names both indicate and communicate who we are. We are concluding that control over how we are addressed, how we are perceived, should ultimately be in our hands, not the hands of others.

Shedding the stigma of a name imposed by language may seem like a radically contemporary act, but Shakespeare actually got there first. He often provides new names and alternate identities to his characters, especially to his female ones, freeing those characters from possession and control, allowing them to find, in a new name and identity, the freedom from the constraints of society within which they exist.

With new names come new opportunities and near-limitless potential. Juliet and Romeo can be together if they both ‘doff their names.’ Rosalind can navigate her way through banishment. The Duke can more acutely evaluate the governance of Vienna. Shipwrecked Viola can find employment at a foreign court. And Imogen can survive primogeniture – society’s dependence on a royal male heir.

I suspect that Shakespeare knew the title King Cymbeline would well serve his audiences in England nearly 450 years ago as the filter, allowing them to experience this fantastical journey of labyrinthine plot twists, witness the miraculous nature of compassion and acceptance, and believe that harmony would be restored by a royal male heir. But the play he wrote is about the lionhearted young daughter of a king who defies the rules of class by marrying for love, has her world turned upside-down, both personally and politically, and gets a second chance at a future.

Imogen is at the center of Shakespeare’s play. That’s the play Shakespeare wrote. And we’ve given her top billing.