ASC invites you to spend an evening filled with lively conversation and dinner by the fireside featuring special guest Keith Hamilton Cobb. This small, intimate event is hosted by Board of Trustees Member Davidson Perry-Miller at Waverly Hill in Staunton, VA.

Tickets include a delicious dinner, a moderated conversation between Dr. Ralph Alan Cohen and Keith Hamilton Cobb, and a premium section ticket to the Nov. 6th 2:00 PM performance of Pericles. 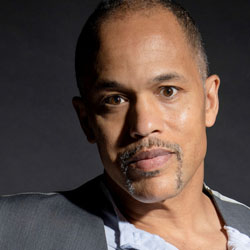 Keith Hamilton Cobb is an actor drawn mostly to the stage in his working life, but is also recognized for several unique character portrayals he has created for television.

He is a graduate of NYU’s Tisch School of the Arts with a BFA in acting.  His regional theatre credits include such venues as The Actors Theatre of Louisville, The Shakespeare Theatre of Washington DC, and the Denver Theatre Center, performing such classical roles as Laertes in Hamlet, Tybalt in Romeo and Juliet, Tullus Aufidius in Coriolanus, Oberon in A Midsummer Night’s Dream, as well as roles in such contemporary dramas as David Mamet’s Race, August Wilson’s Jitney, and Lynn Nottage’s Ruined.

Running off-Broadway in 2019, Keith Hamilton Cobb’s American Moor is the award-winning, tour-de-force new play that takes audiences behind-the-scenes and into the audition room as an African-American actor responds to the demands of a white director presuming to better understand Shakespeare’s iconic black character, Othello.

A passionate and poetic exploration, American Moor is an essential look at the experience and perspective of black men in America while challenging the capacity of theatre to make all people fully visible and embraced.