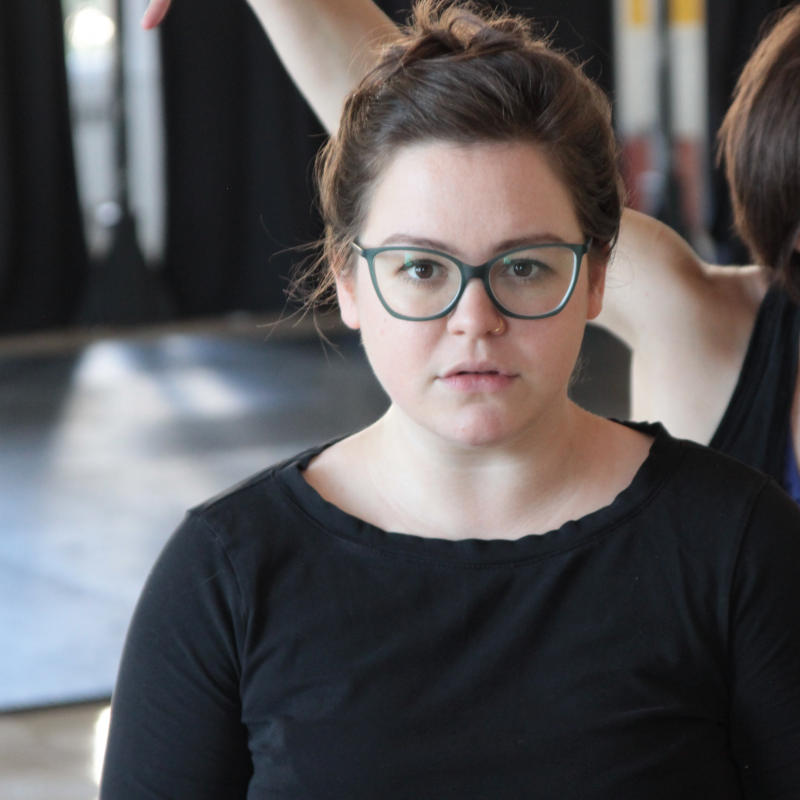 If the dull substance of my flesh were thought,
Injurious distance should not stop my way;
For then despite of space I would be brought,
From limits far remote where thou dost stay.

Amalia Oswald is returning for her second summer working with ASCTC; Last year she had the privilege to work with the camp as an RDA and this summer will be her first as a show director. She holds a BFA in Acting from Adelphi University and will hold a Masters in English Literature from Virginia Commonwealth University in May 2019. Her research interests include contemporary adaptation and appropriation of Early Modern Drama, non-verbal communication, and subversive activity through bodily action. She is a certified Yoga, Barre, and Aerial Yoga instructor and has been teaching all three disciplines on and off since 2016.