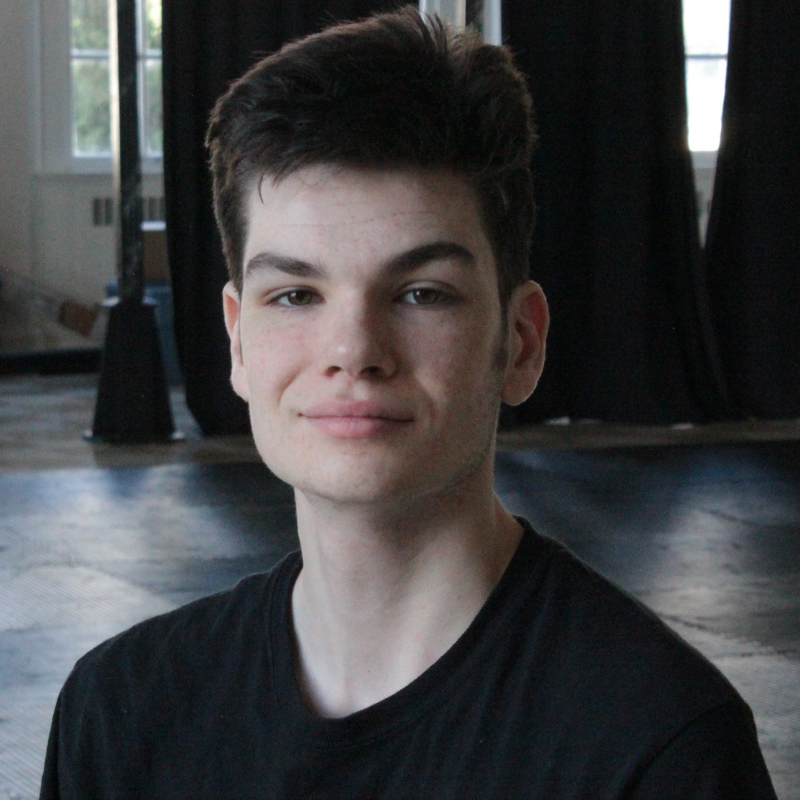 “I wish you all the joy of the worm.”

The Play That Goes Wrong

When the company did Peter and The Starcatcher [in the 2017 summer season]. I have never laughed so hard in my life.

The time Geoffrey Kent had to yell his “Friends, Romans, Countrymen” line over all of us chanting.

Liam Riley was born and raised in Richmond Virginia. As a child he was a very creative human being, albeit extremely naive. He went to Saint Mary’s Catholic Church for Elementary School, and wishes if they could only see him now. He went to Pocahontas for Middle School where not much happened in the grand scheme of things. He then went to Mills E. Godwin for High School where he became interested in acting. During his four years there he participated in the school’s fall plays and musicals, and became a member of the Thespian Honor’s Society. During those summers, he learned about ASC Theatre Camp and enrolled as a camper there for three years. He is currently a student at Christopher Newport University concentrating in a musical theater major. His goal for his life is to be one of the main names on a playbill or credits.