Listen in with past and present ASC favorites as they explore “What is the Actors’ Ren Season?”

We’ve also added some new features to our regular episodes!

Calling All Shakespeare Nerds (or the Shakes-Curious): Ever read a Shakespeare play and wondered, “Why did Shakespeare do that?” or “What happens to the characters after the play ends?” or “What would Shakespeare do?” Well, “Shakespeare” can answer these and any other question you have. Send us your queries at dr.ralphpresents@americanshakespearecenter.com to have your question read and answered on an upcoming episode of The Dr. Ralph Presents Podcast! Make sure you put “Dear Shakespeare” in the subject line!

Want to let us know a moment of your favorite time with us at the playhouse? Each episode will feature an audience highlight—send yours into dr.ralphpresents@americanshakespearecenter.com! 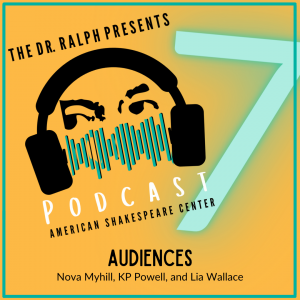 The text has been chosen and cut, the actors given their parts, the play is rehearsed, and there’s only one element missing: the audience. Nova Myhill, KP Powell, and Lia Wallace join us to discuss why the audience is perhaps the most crucial ingredient in the recipe of live performance, especially during a directorless Ren Season at the ASC. Want to learn more?

Want to learn more? Read this blog post about how eye contact between actors and audiences generates empathy. 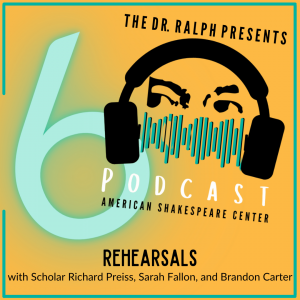 What is it really like in a “ren” rehearsal room? How is that different from the way early modern plays portray “rehearsal”? Does rehearsal every really end? Scholar Richard Preiss and ASC favorites Sarah Fallon and Brandon Carter do a deep dive into the art of rehearsing.

Want to learn more? See our blog on Open Rehearsals and Dress Rehearsals. 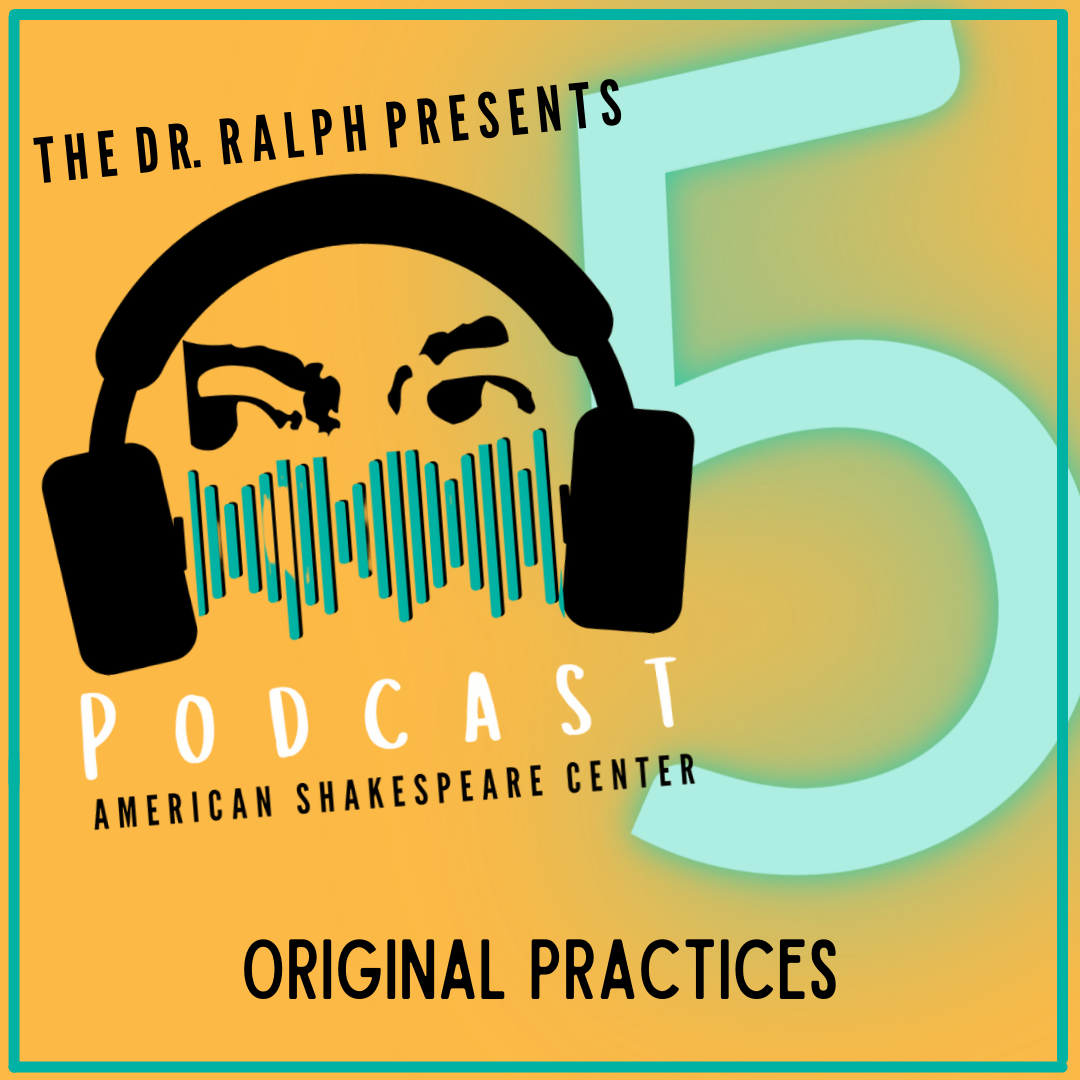 This week scholar Sarah Dustagheer, actor-scholar Bob Jones, and Sarah Enloe, ASC’s former Director of Education, join us to discuss the multifaceted world of “original practices” and which of them ASC actor’s embrace (and some we don’t). 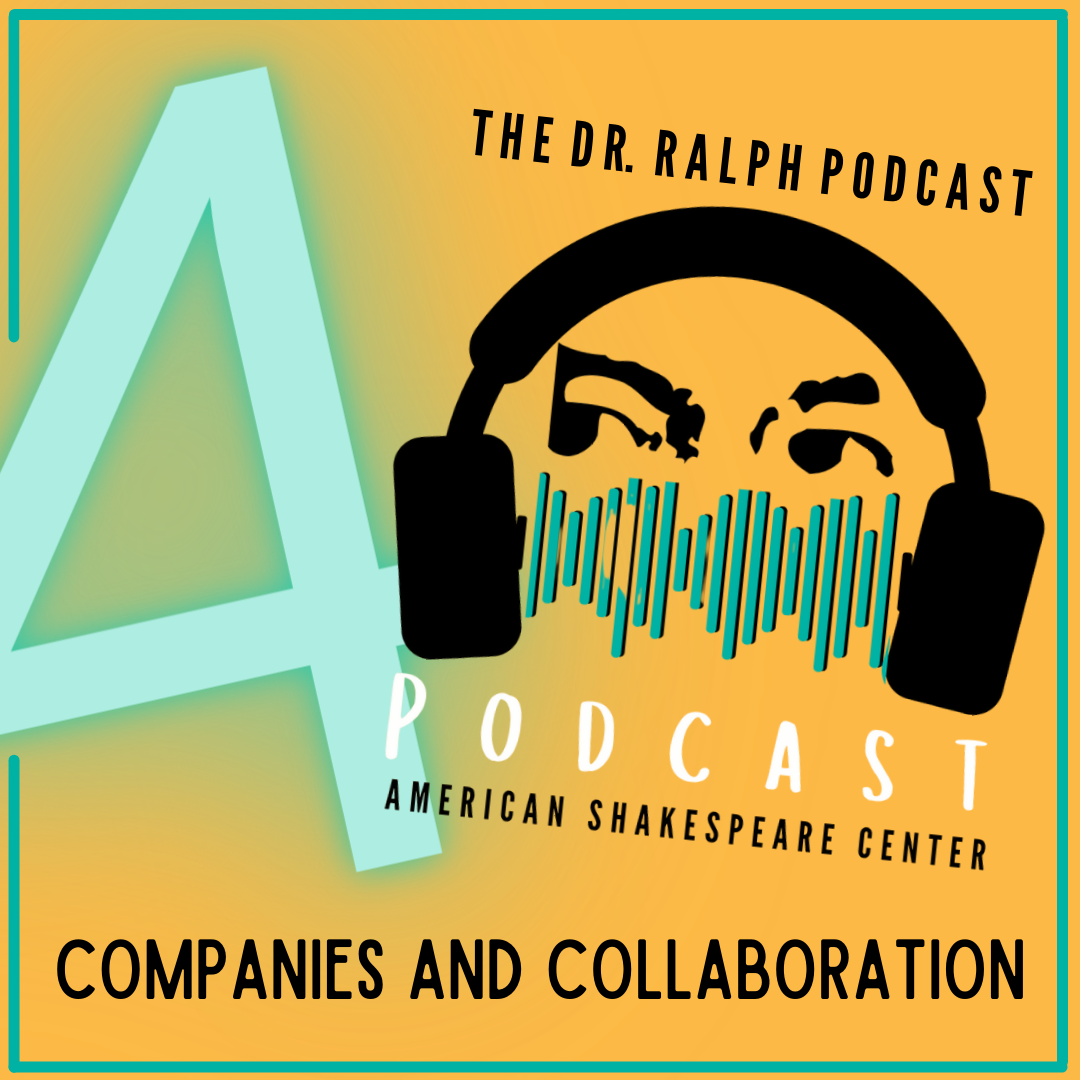 Dr. Roslyn Knutson and actors Tyler Moss and Chris Johnston explore the limitations of what historical records can actually tell us about early modern playing companies, what scholars can only guess at, and what today’s theatre professionals know to be true about repertory and the collaborative nature of their profession.

Want to learn more? See our blog on Companies and Collaboration. 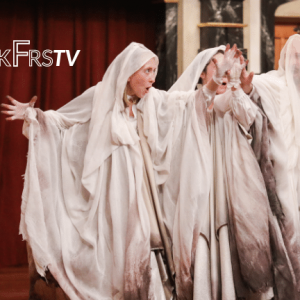 What do director-less actors do with their scripts once parts are distributed? How did Shakespeare’s actors negotiate lines and staging? How do ASC actors – veterans and newcomers to our stage – work through that process now? Ben Blyth, John Harrell and Meme García have a spirited conversation about what it takes to translate a work from page to stage.

Want to learn more? See our blog on Cutting Scripts and Line Negotiation. 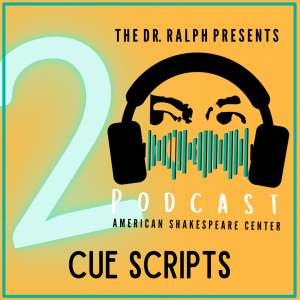 After the text comes the technology of how that text is distributed to actors. Scholar Jim Marino and actors Gregory Jon Phelps and John Harrell discuss what has changed (and what has not) in the 400 or so years from Shakespeare’s time to our current Actors’ Renaissance Season.

Want to learn more? See our blog on Cue Scripts. 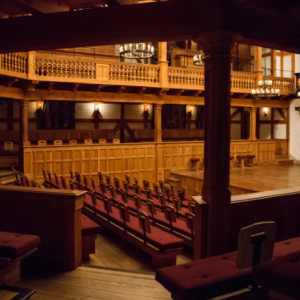 Dr. Ralph Presents is back! What makes a season a “Ren” Season? For ASC, it always starts with the text. Actors James Keegan, John Harrell, and Zoe Speas join Dr. Ralph for a conversation about ASC’s unique approach to early modern texts. Don’t miss it! 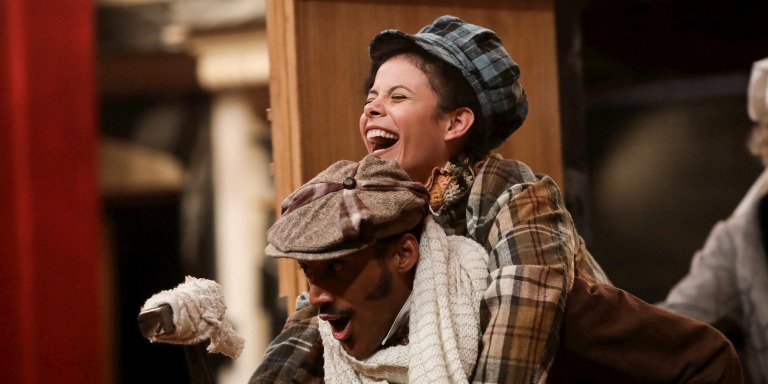 ASC returns to the stage this December with this holiday classic!

Check Out the ASC Blog! 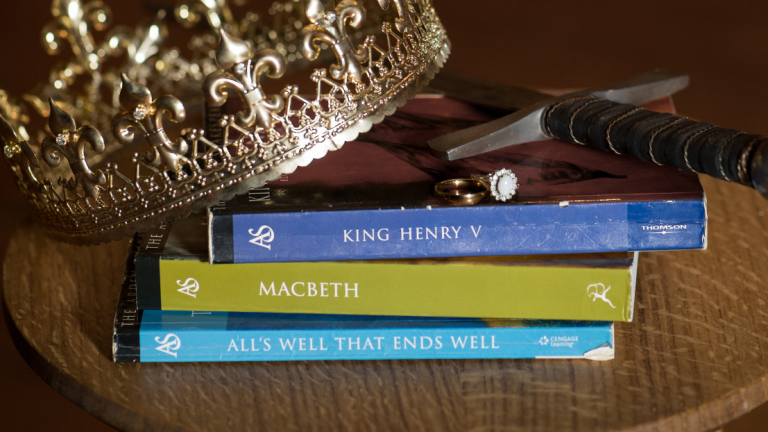 Want to read more about the behind the scene work going on at ASC? Check out our Blog!