In this blog series, I’m reviewing the suggestions from “The Nerdy Book Club’s” December post “Ten Books to Introduce Kids (of Any Age! Adults, too!) to Shakespeare.” Last time I looked at Warm Bodies by Isaac Marion and Street Love by Walter Dean Myers. This one will look at The Cake House by Latifah Salom and Ophelia by Lisa Klein.

The Cake House by Latifah Salom 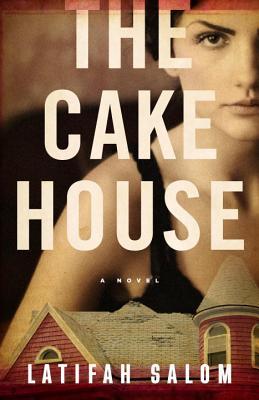 I actually enjoyed this book quite a bit. The Cake House is  loosely based on Hamlet: it’s about a 13 year old girl, Rosaura, whose mother picks her up in a rush one day to flee her maybe-abusive father, Robert (it’s unclear if he was just kind of mean, or not at all? Apparently 13 is too young to form any memories…). Rosaura and her mother, Dahlia, run to her lover Claude’s house, but Robert follows and shoots himself in the face in front of Dahlia and Claude. Unhappy in her new life, Rosaura struggles to support her unstable mother while attempting to balance new relationships with her step-dad, Claude who she isn’t sure she likes, and his son, Alex, who she is certain she likes, all while being haunted by the ghost of her shot-in-the-face-father. To cope, she strikes up an incestual relationship with her new step-brother, to whom she gives her 14-year-old virginity. Like I said, Hamlet.

Truncated, joking summaries  aside, Salom has a really great novel here. Rosaura is an interesting character and the book approaches some dark topics and themes, drugs, depression, haunted pasts, teenage sexualtiy, and functionless families, through the lens of a very young, but strong, narrator. Like the titular character in Hamlet, she struggles to understand the messages from her deceased father and his relationship to her mother’s new husband. Unlike Hamlet, Rosaura never considers murdering anyone and actually has a good head on her shoulders. She is a smart girl, with a passion and skill for photography, and Salom does a lovely job imaging this teenager.

Although Salom does not litter her novel with direct quotes from Shakespeare, I like to think that she chose to characterize Claude’s house, the “Cake House,” because it’s a Danish.

(Pastry jokes are the best jokes.)

I really enjoyed this book. I think Klein did an excellent job weaving together her 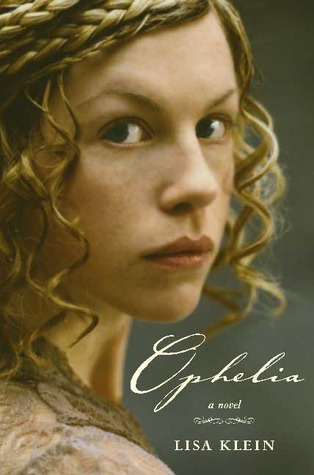 imagined backstory with scenes that I know like the back of my hand. Hamlet is arguably Shakespeare’s most studied, produced, seen, and read play (it’s a close race between that, Romeo and Juliet, and A Midsummer Night’s Dream, but it isn’t really something that can be quantified), and Klein completely reinvents the narrative, while specifically matching the famous scenes we expect to see. Lisa Klein, PhD., is a Shakespearean scholar with a special attraction to the domestic culture of Renaissance women, and she has published many articles on poetry of the time, Queen Elizabeth, and women’s needlework. She got into (self-titled) children’s writing because she was “reading lots of children’s books” with her sons and subsequently organized a local conference on “Writing for Children,” even before she’d ever done it. Ophelia was her first book, though she now has two historical fictions (one on the Civil War and one about early Roanoke colonization), and three more Shakespeare adaptations/reimaginings (one that draws from Macbeth, a mash-up about Shakespeare the person and the Dekker/Middleton play The Roaring Girl, and a compendium of Shakespeare’s comedies). I’m seriously considering picking up the Macbeth adaptation when I finish this list of ten.

Klein creates a vibrant history for Ophelia and her family, sweetly weaves Ophelia and Hamlet’s courting and secret marriage, and rewardingly gives her readers an “after” for a young woman with hardly any voice in Shakespeare’s play. Having seen Hamlet numerous times and worked on it with my MFA company just last year, I still know the scenes and lines pretty readily. Ophelia narrates her own story, day-to-day, and takes us through Shakespeare’s scenes that she is in. Klein imagines that Polonius’s ambition is what gets them into the court, but Ophelia’s wit and success are what build her a personal relationship as one of Gertrude’s waiting ladies. She works hard for her Queen, and Gertrude favors her. Hamlet courts Ophelia in secret because of their difference in status, and the two finally elope in secret with Horatio as a witness. Unfortunately, their first night together as husband and wife is interrupted when Horatio enters their nuptial chamber to tell Hamlet that the ghost is back, and he needs to come see it. Hamlet eventually reveals his revenge plot to Ophelia and she feels that keeping his secret and being a dutiful wife is directly contrary to being a faithful subject to the Queen. At first, she agrees to parade their love as if that is the cause of Hamlet’s feigned madness, but his cryptic nature and cruel outbursts are too real for her to differentiate. Because we already know what happens, the dramatic irony is doubly striking as we wait for him to kill her father. Knowing the king’s secret, having no living father, present brother, or sane husband present in the court cause Ophelia to  fear for her own life, and she flees. Horatio helps her fake her death and she goes to a nunnery in France. It’s adorable and perfect. She arrives safely and shortly thereafter learns of Laertes and Hamlet’s duel and deaths. While she struggles through her grief, she thrives as an apothecary and healer for the nunnery, but never takes vows. She remains a free woman and eventually gives birth to a son, which she names Hamlet, after his father.

As I mentioned, Klein cleverly weaves everything that happens in Elsinore through the Shakespearean scenes that we expect to see. When Ophelia longs to re-deliver the remembrances that Hamlet gave her, the scene begins after the “To be or not to be” speech, and we get to read Ophelia’s inner monologue instead of hearing Hamlet’s constant soliloquies. Same thing happens for the play-within-a-play. Ophelia narrates her worry at Hamlet’s boldness to stage such an accusatory fiction for Claudius. Most creatively, we learn that the madness scene is an intricately detailed part of Horatio and Ophelia’s plan to fake her death. Each flower that she gifts is chosen with accusatory accuracy, and her mumblings are specific with the hope that Gertrude will understand her secret thoughts. The mash-ups are refreshingly beautiful for such an overdone, known story.

My favorite thing about the novel is the nunnery business. Although Klein’s intertwining of Ophelia’s thoughts with Shakespeare’s play are clever and truly new, the completely invented plot of what happens after is so important to the novel that she created, because it isn’t about Hamlet. The infamous Dane no longer matters in the third part of the book, or rather, he matters only as he relates to Ophelia’s growth. Rather than female characters that are only defined by their theatrical relation to the men that surround them, Klein final chapter provides a completely original literary equality.

So far, Ophelia is definitely my favorite on the list. Once again, I encourage people looking to be interested in Shakespeare to experience the plays of Shakespeare themselves. However, Ophelia is a really good read. Maybe I like it so much because it isn’t just a retelling of the stories we already know, or an attempt at cleverly creating backstory for narratives that never needed it, but somehow it is a compilation of both of these things in a completely new way.

Next time! Something Rotten by Alan Gratz and Illyria by Elizabeth Hand