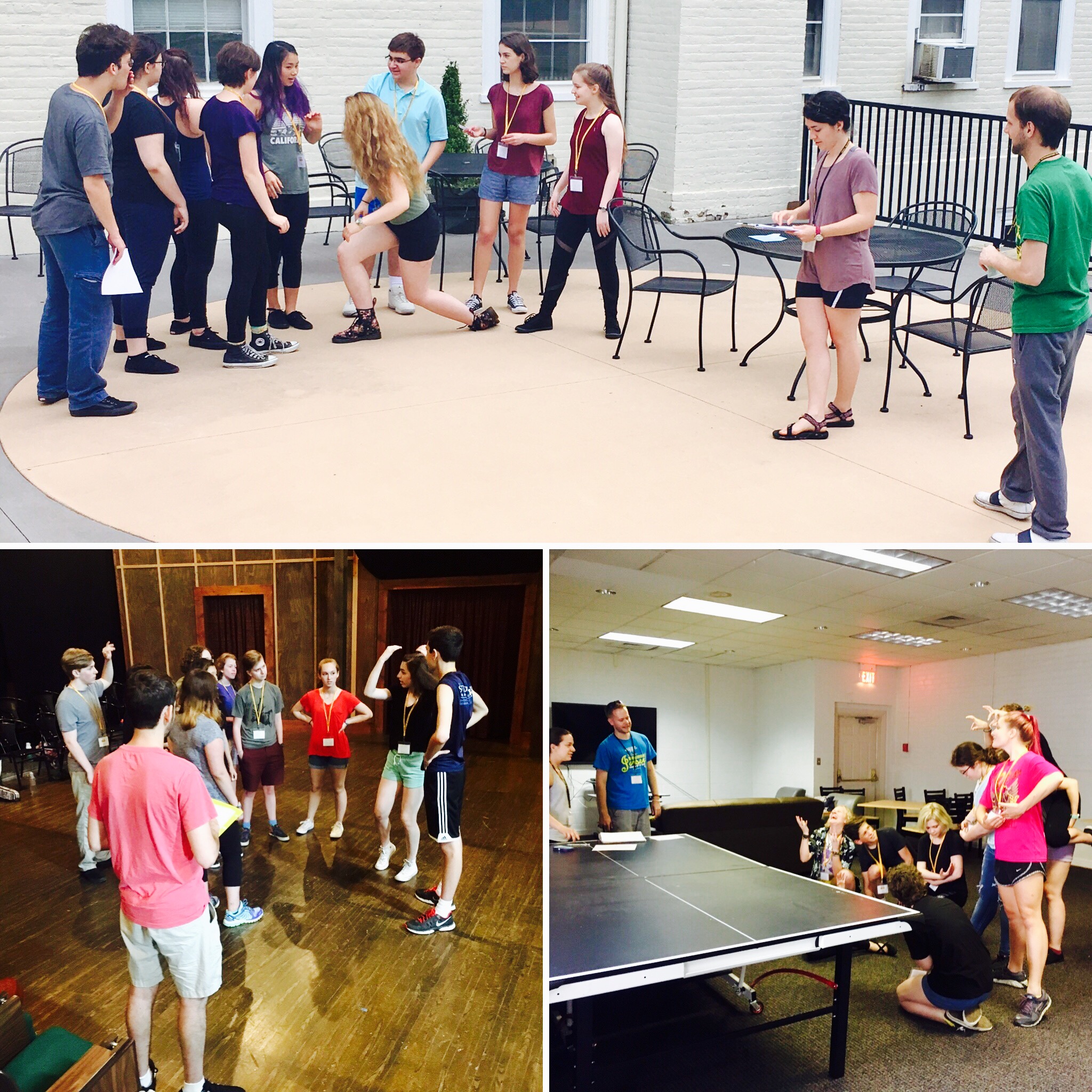 This morning, the campers strutted their stuff for directors, RDAs, and production interns in a collaborative, quadripartite audition. 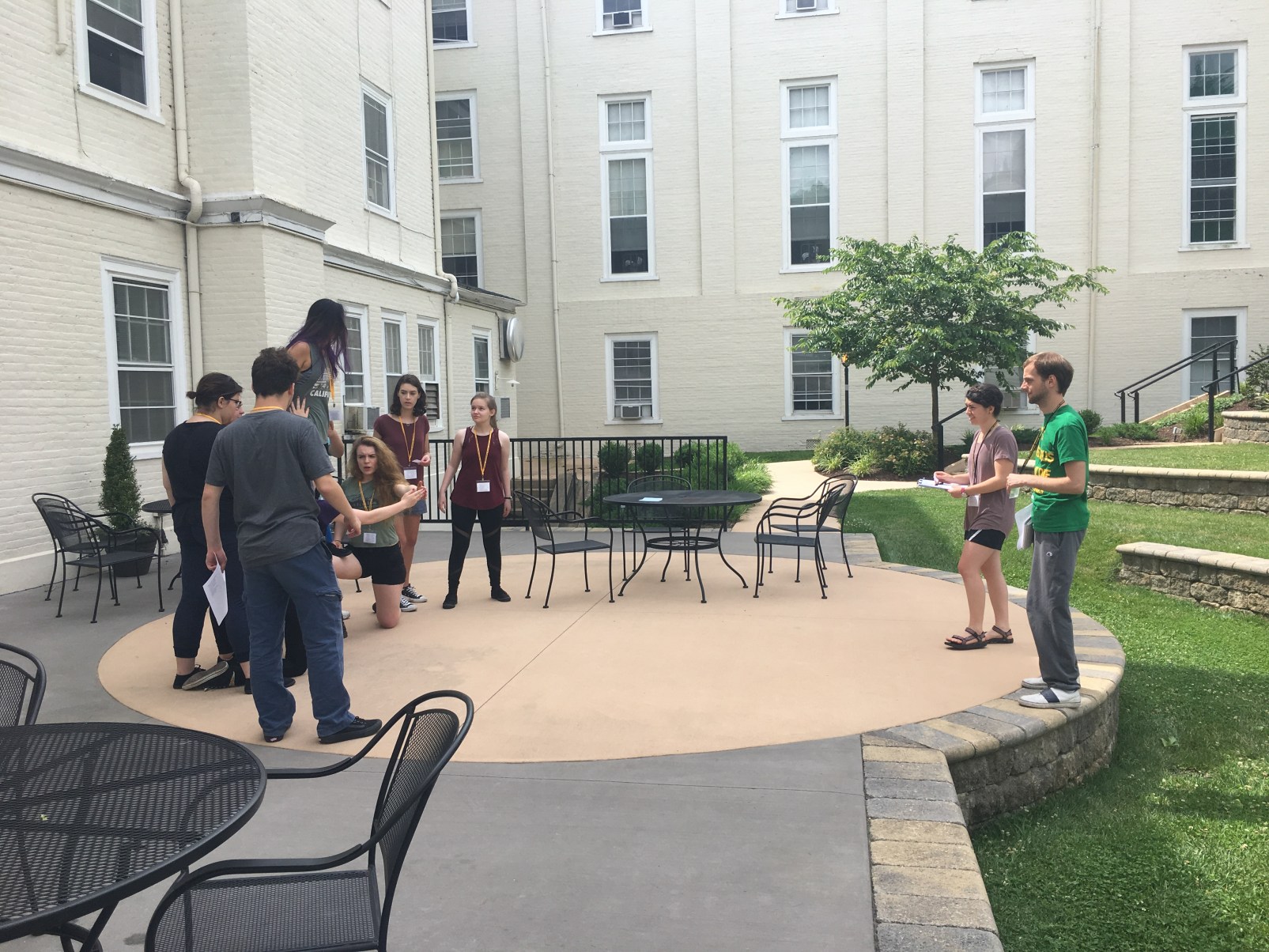 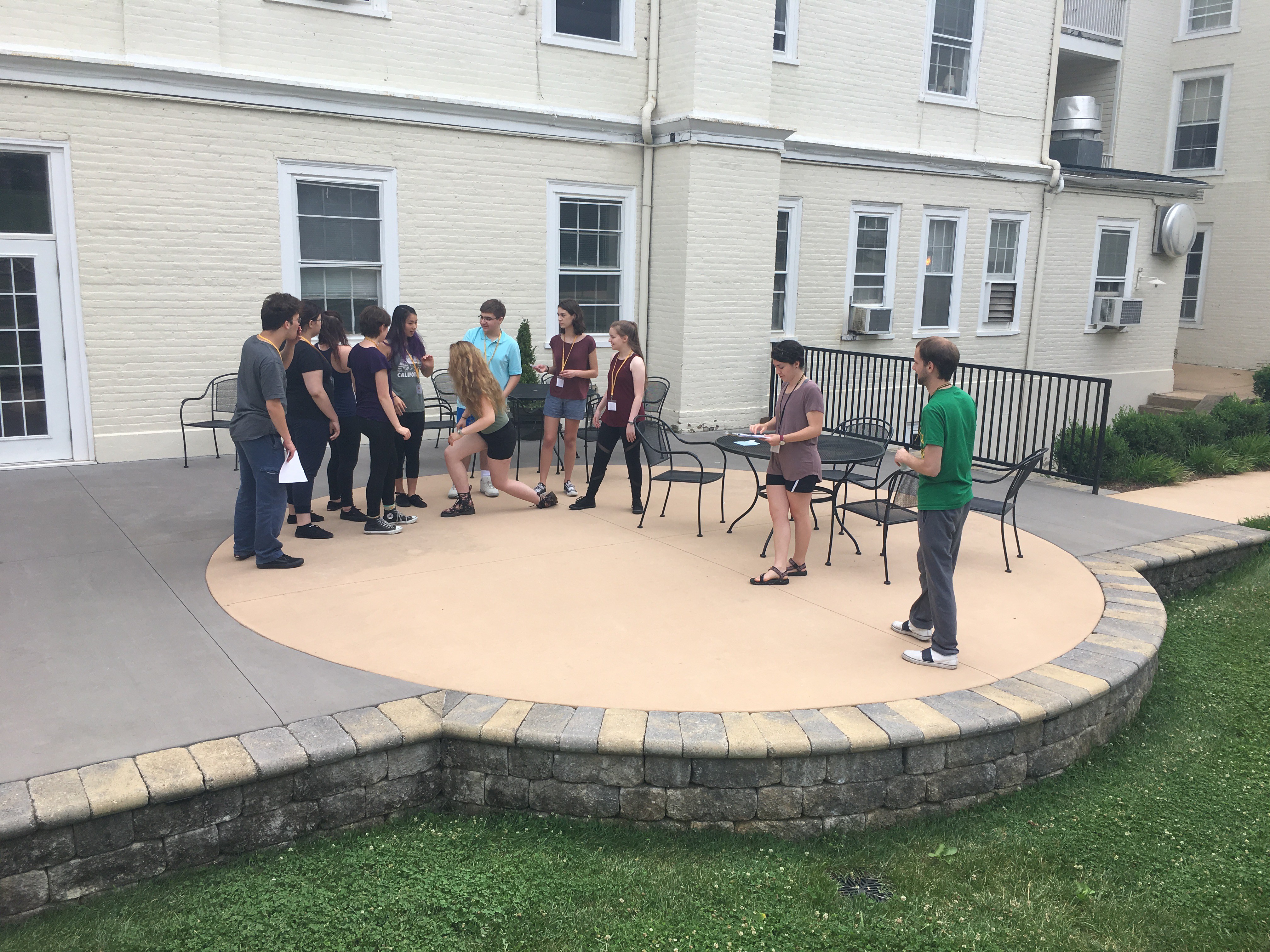 get rudely interrupted by a gust of wind... 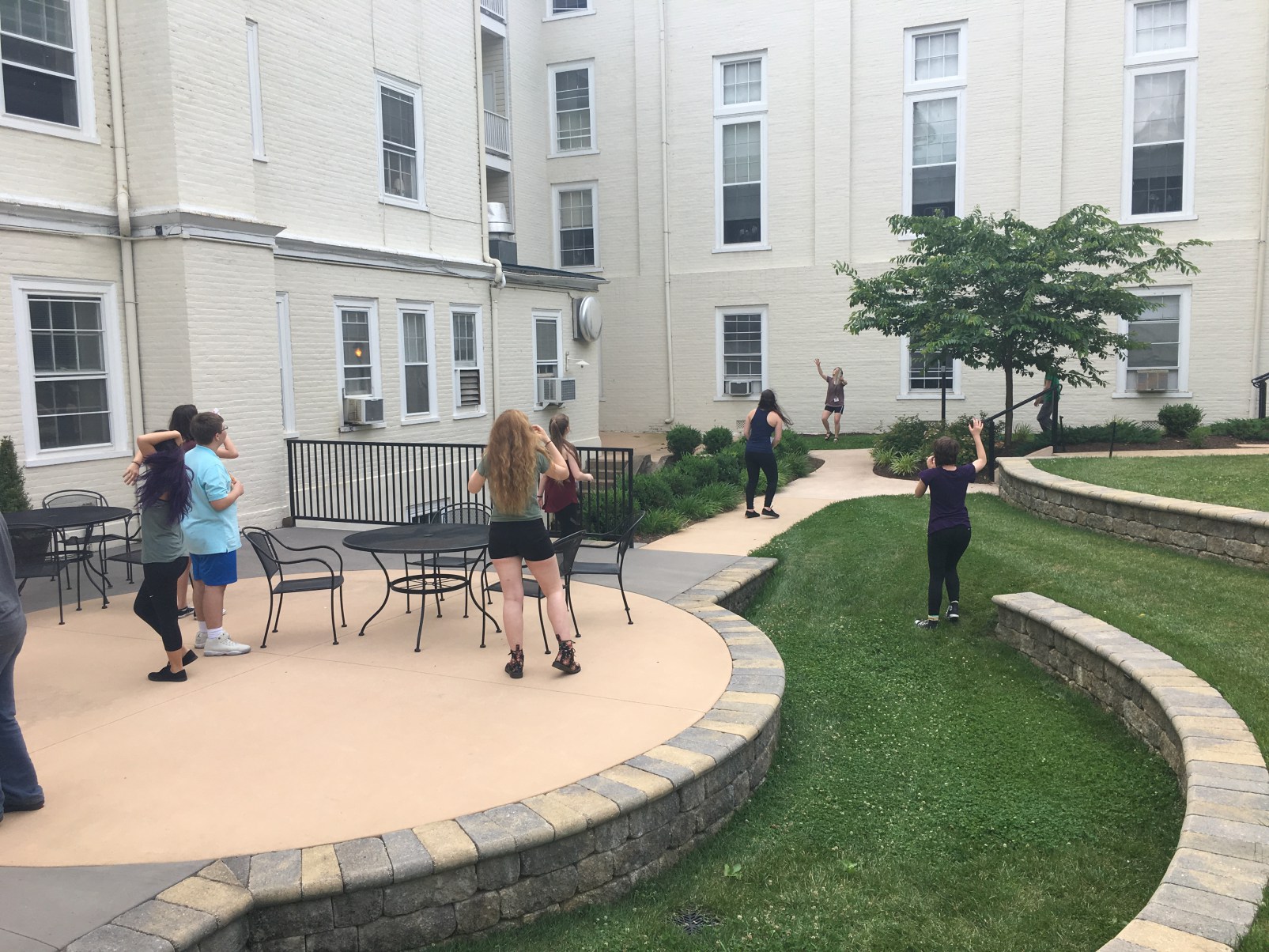 ...that rips the words right out of their hands... 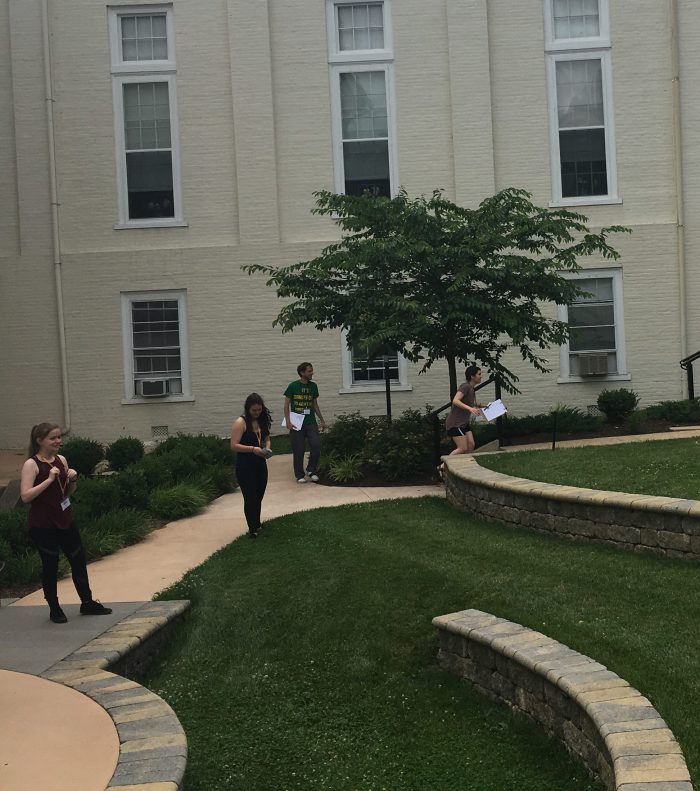 ...sending them on a wild goose chase to get them back (which they did). 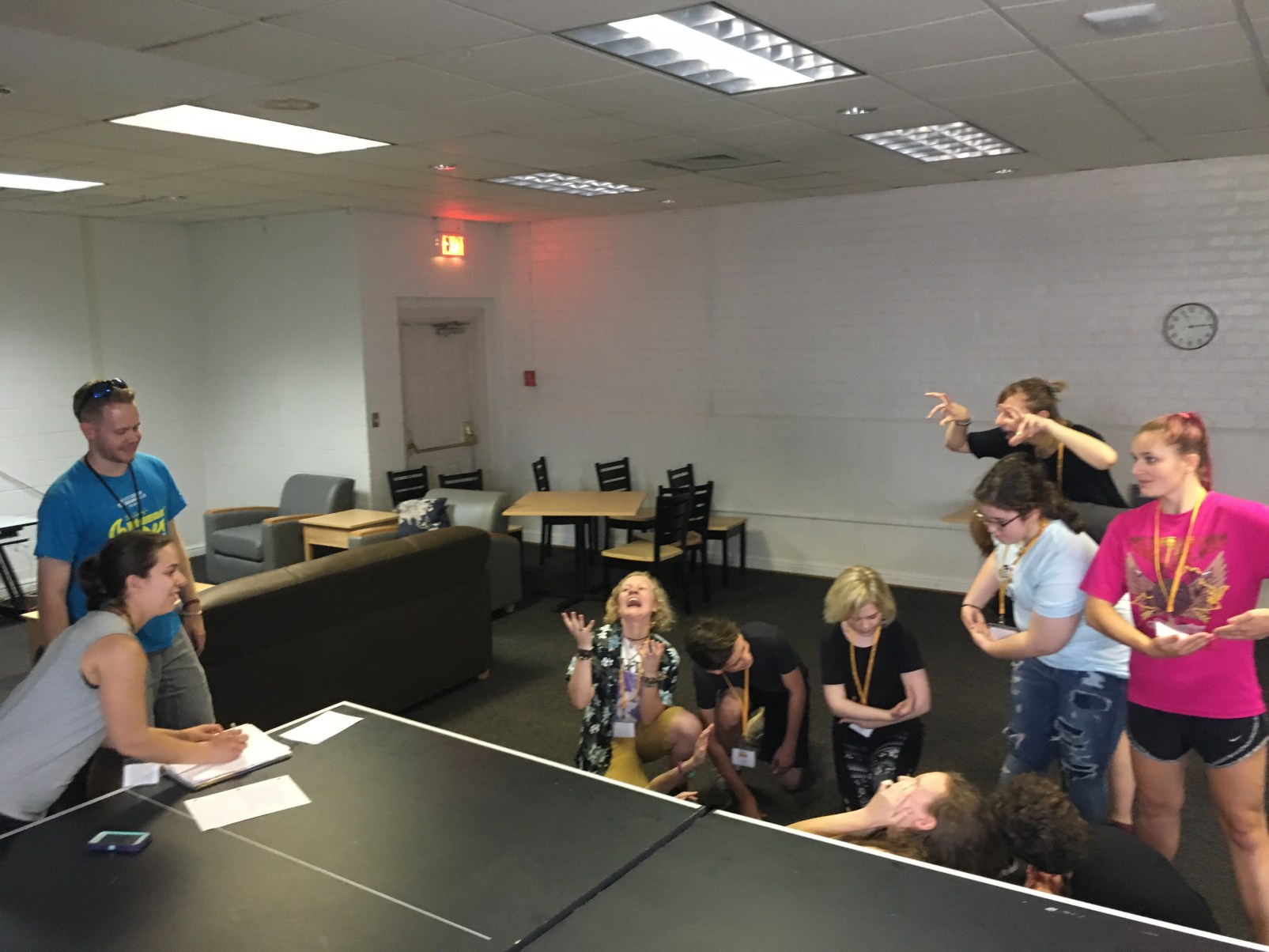 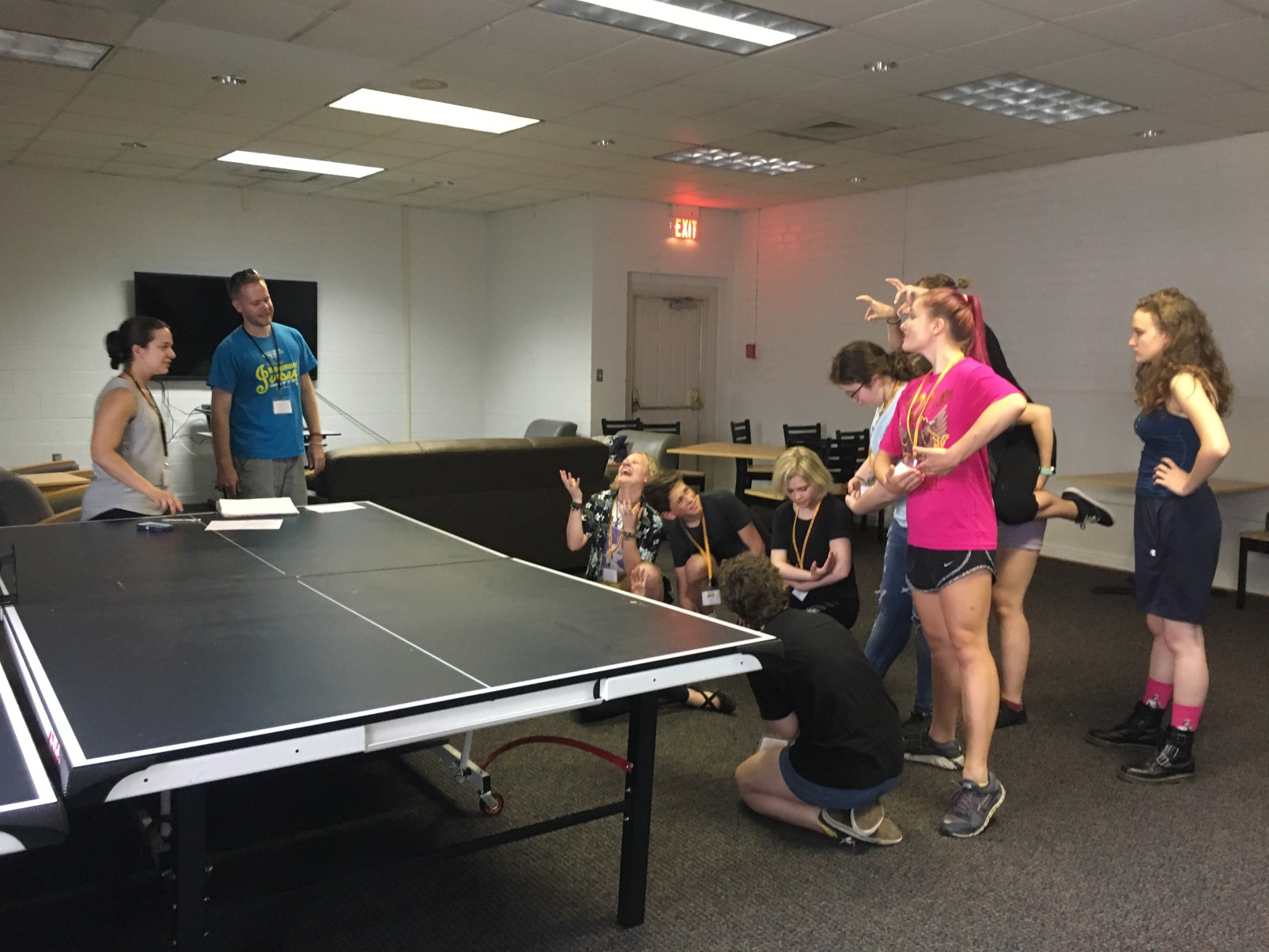 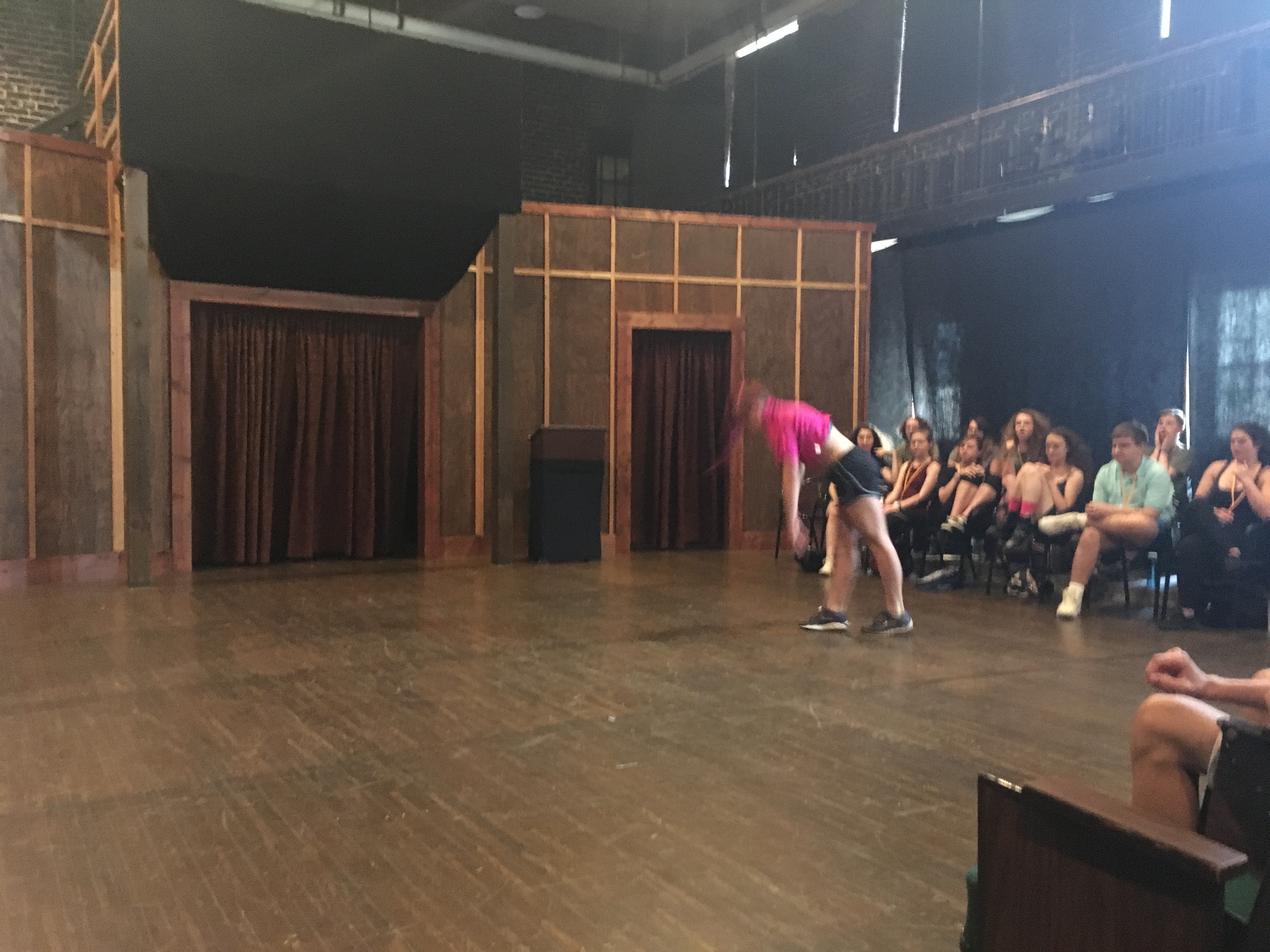 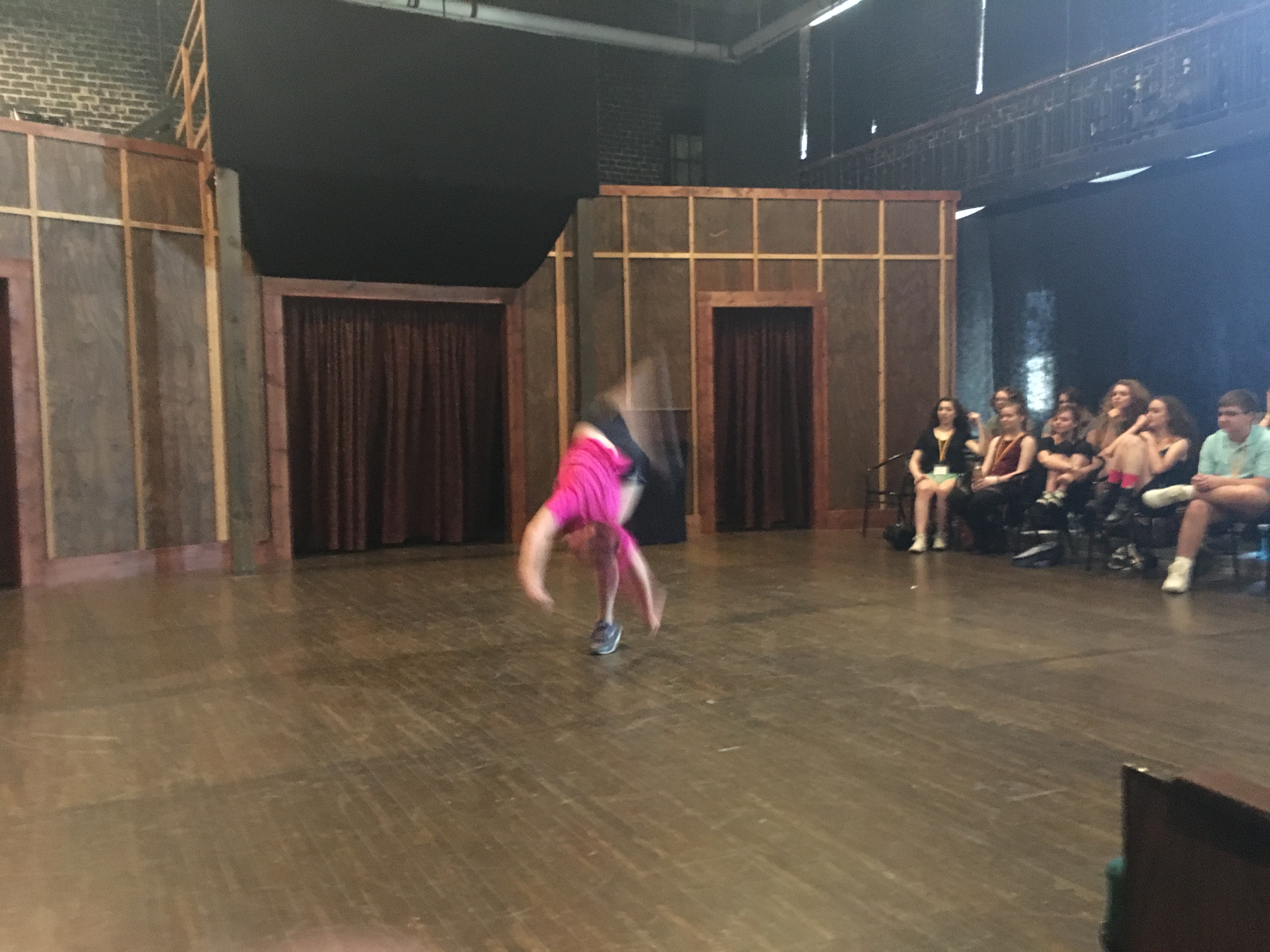 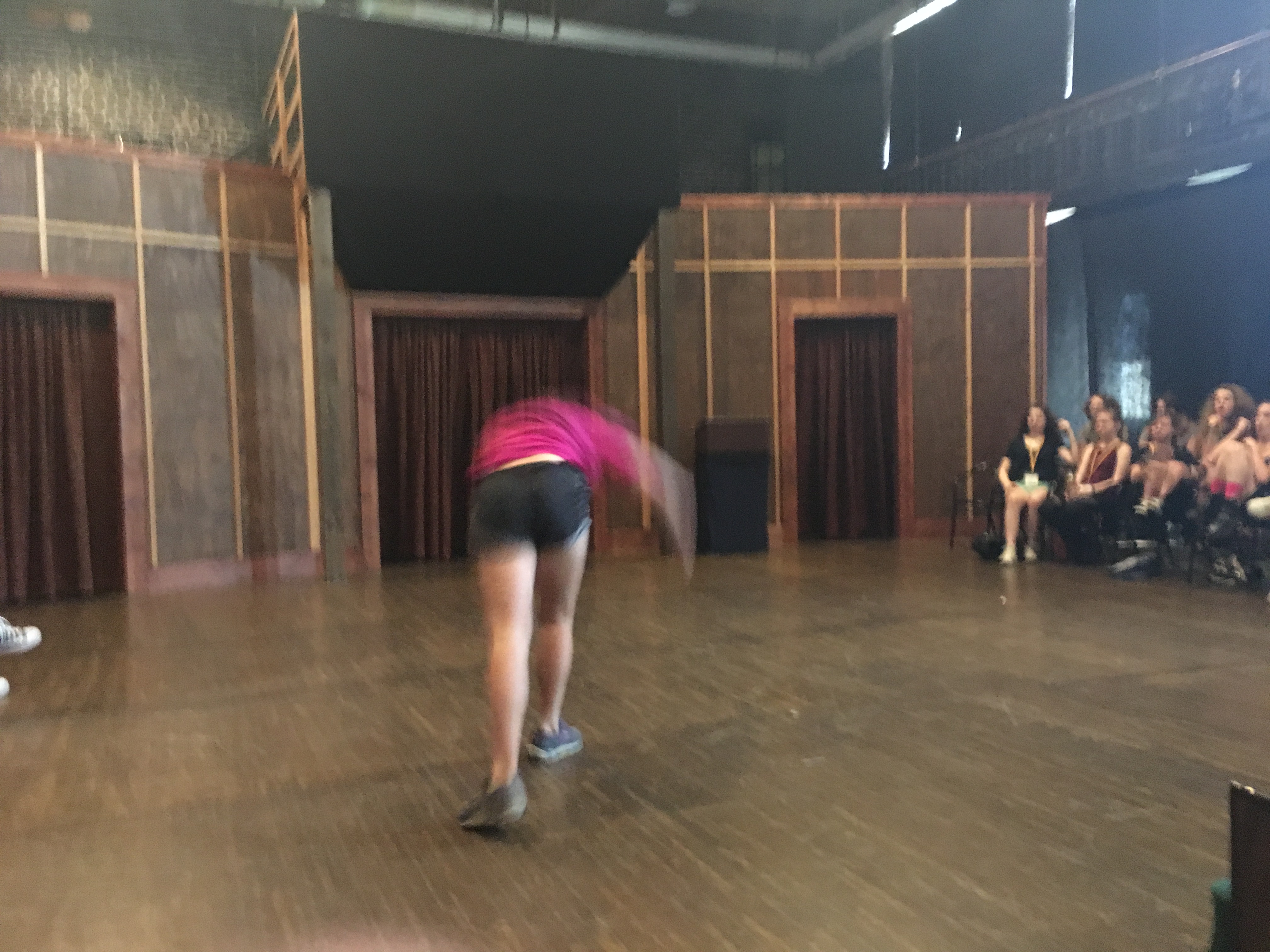 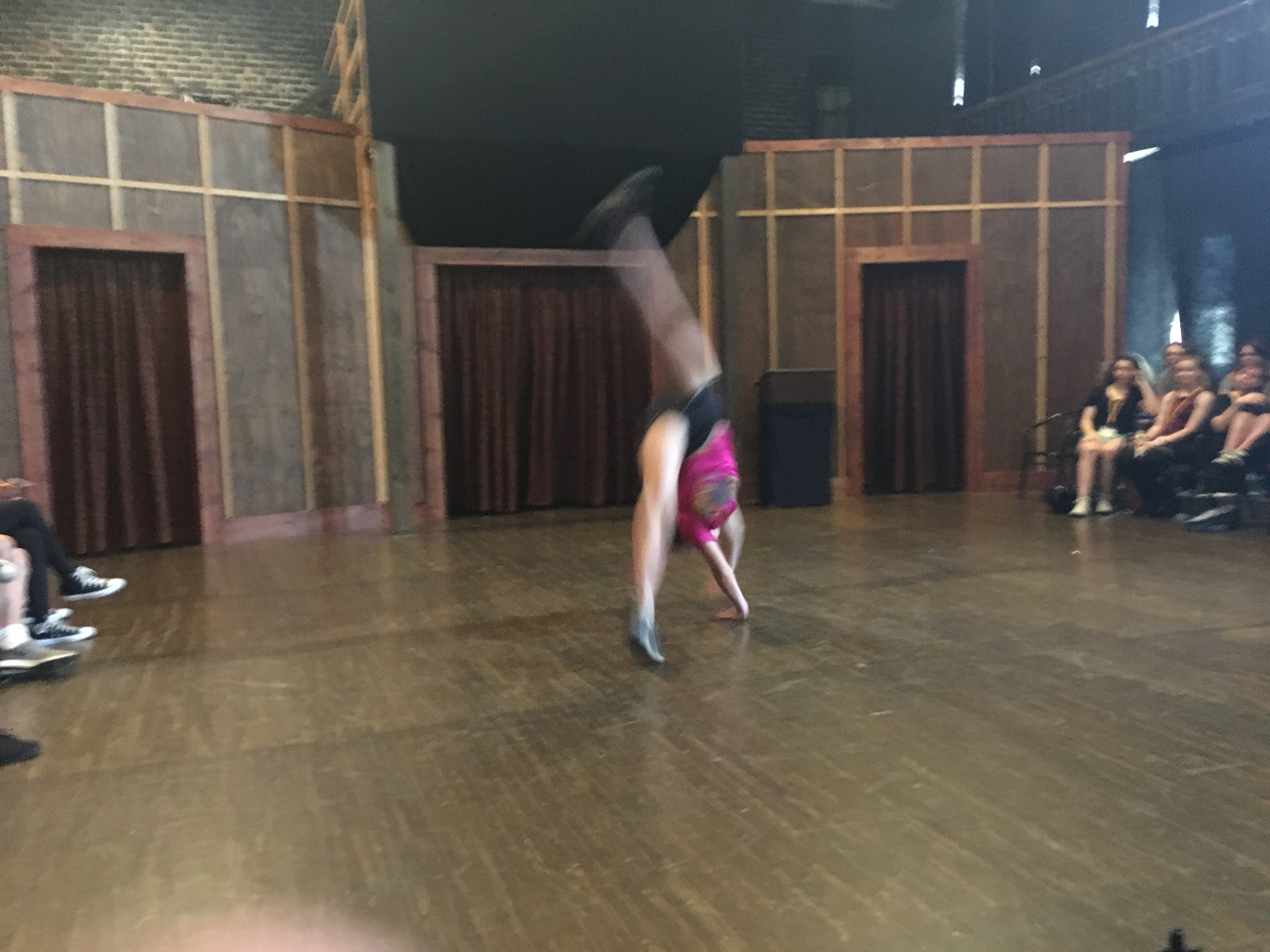 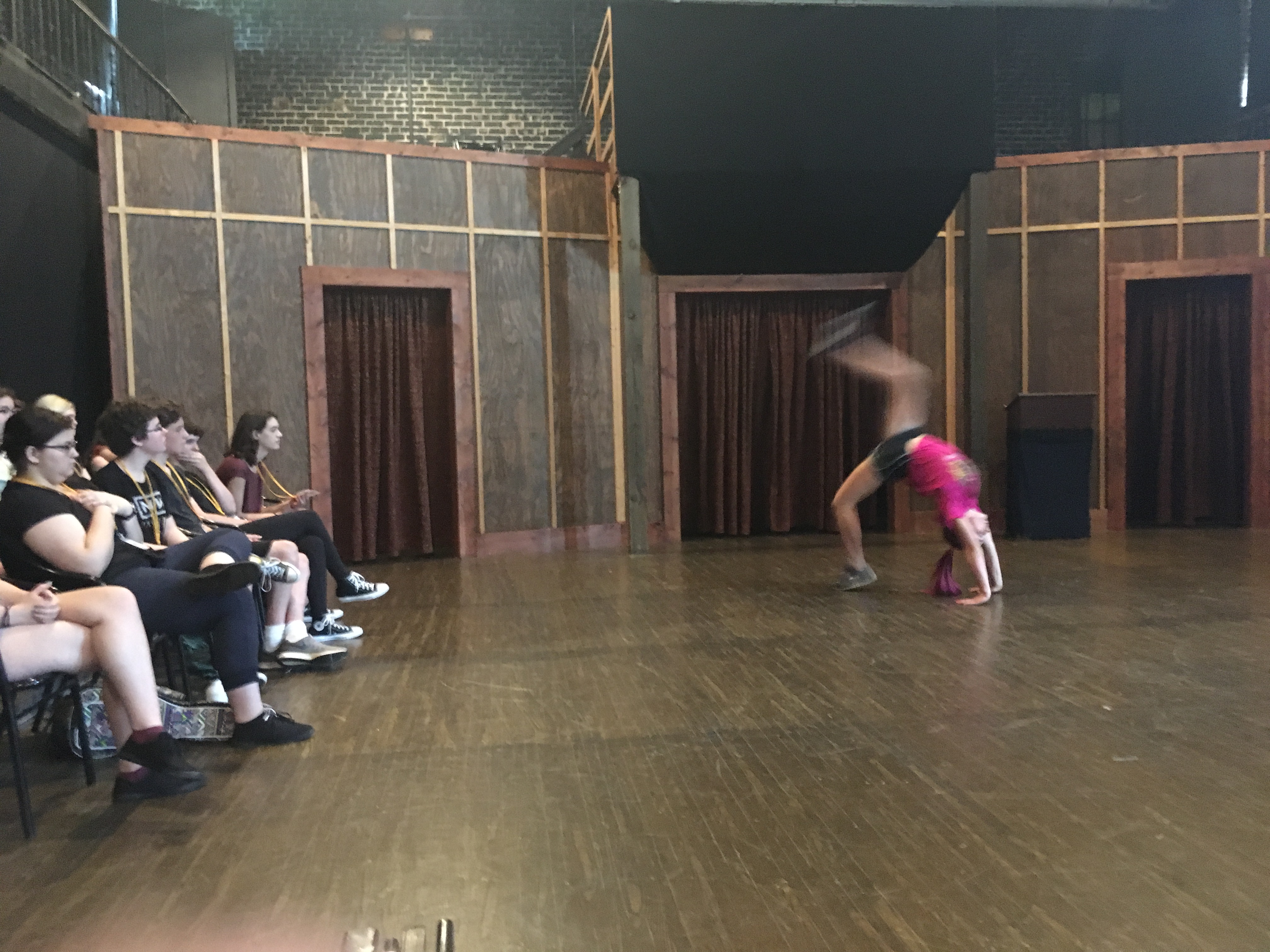 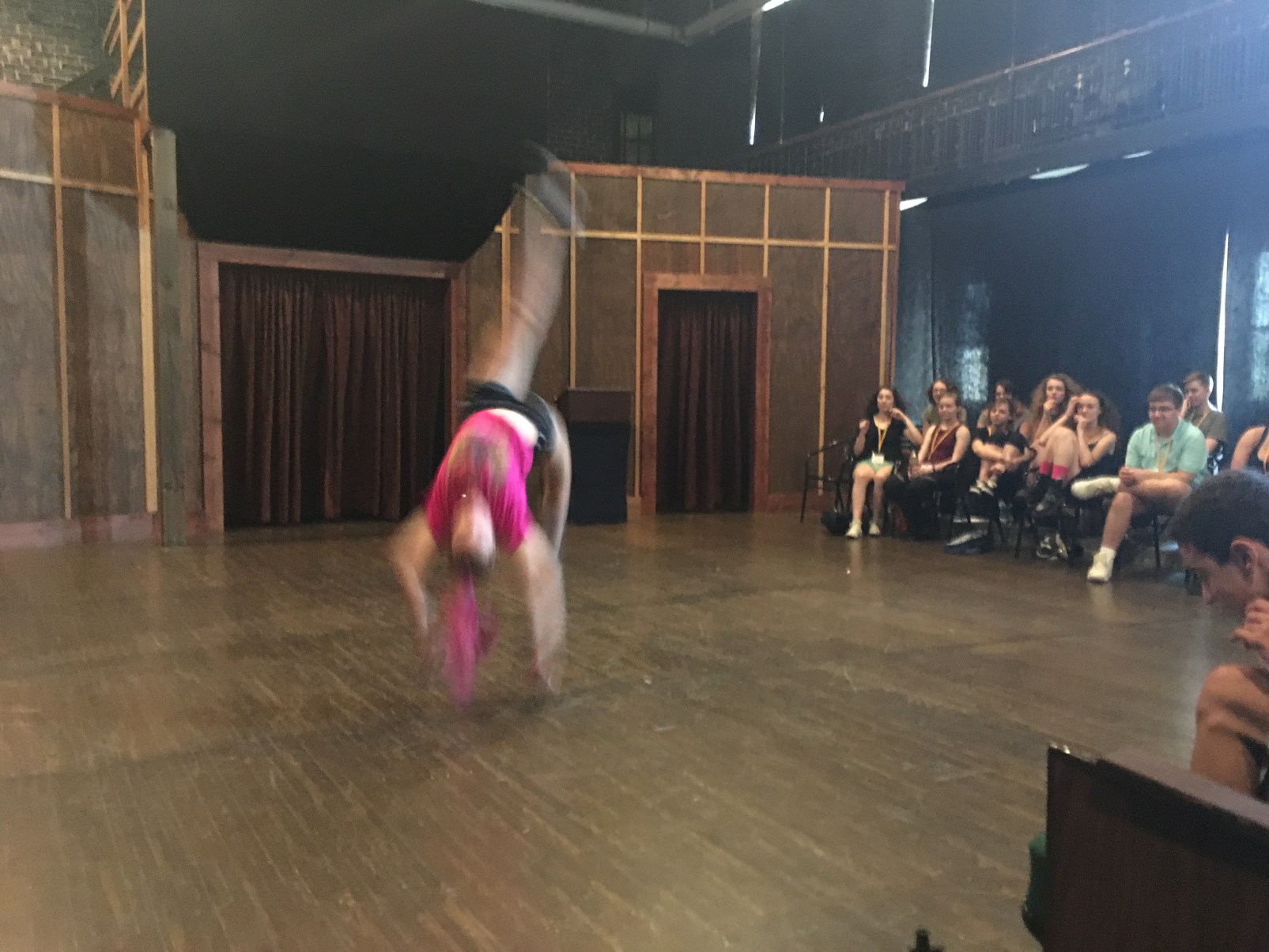 Needless to say, we saw a lot of talent this morning.

Then, campers went off for their first voice class with ASC veteran actor Allison Glenzer.

As I said, while campers were hard at work finding their natural (“cookie”) voices, the staff rolled up sleeves, took off earrings, and prepared for a knock-down, drag-out casting session.

Several hours (and severed limbs) later, we emerged with THE LISTS. 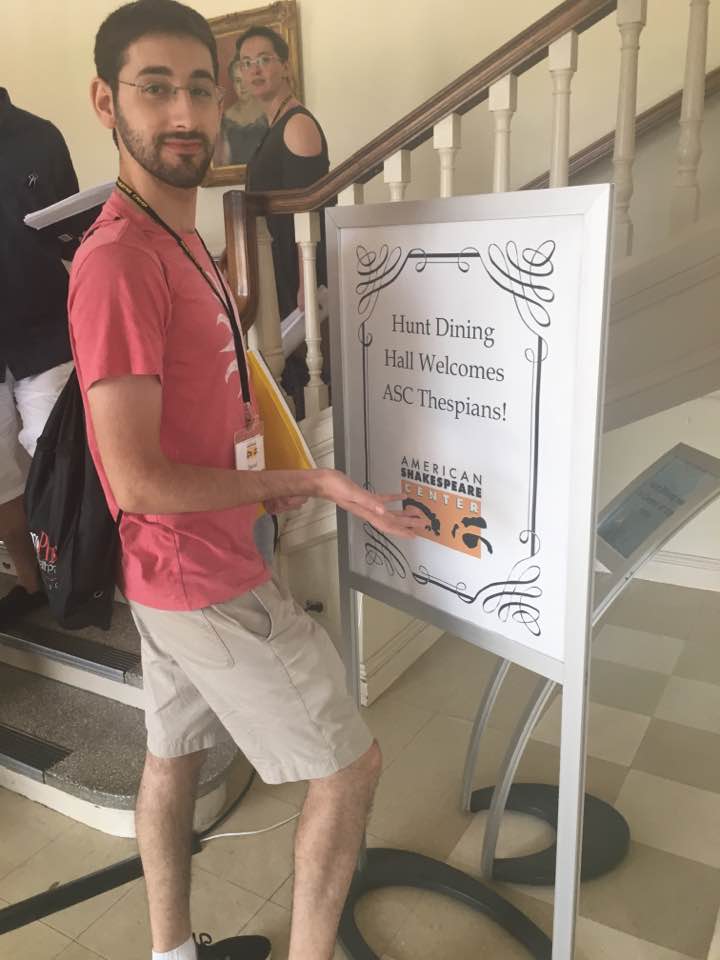 Um… that’s a lovely sign, Daniel, but not exactly what I meant.

...throw in a bulletin board in a bottle-necked hallway...

Now, it’s off to dinner and read-throughs. Ta ta for now!