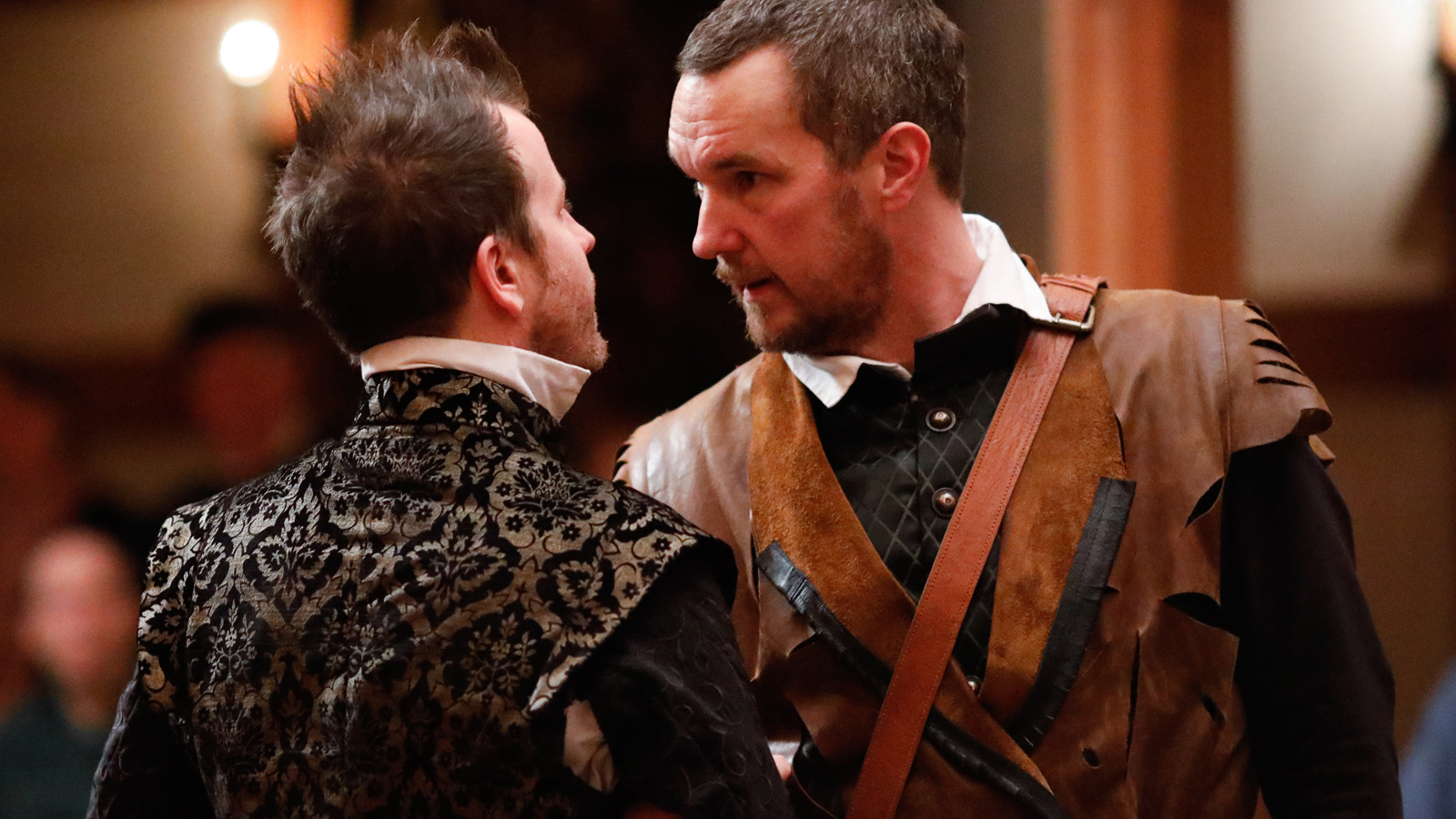 Where was the play first Performed?

The Edinburgh Fringe Festival.  It opened in London at the Old Vic.

Tom Stoppard was born Tomáš Straussler in Czechoslovakia in 1937.  When he was two years old, the Nazis invaded Czechoslovakia, and his Jewish family escaped to Singapore.  His father, a doctor, died as a prisoner of war in Japan.  His mother married an English major named Kenneth Stoppard, and the family moved to England.  Tom Stoppard quit school at age 17 to work as a journalist and theatre critic.  He began writing radio plays – one reason the work of this self-confessed “word nerd” is so language based.  Of his nearly 40 stage plays, eight have won either Tony of Olivier awards for Best Play, among them Jumpers, The Real Thing, and Arcadia.  His most famous screenplay is Shakespeare in Love, and (under the pen name Barry Watson) he wrote the dialogue in Indiana Jones and the Last Crusade.

Words, words, words.  Both are bewitched by the power and whimsy of language.

In Shakespeare’s plays, characters are primary and the ideas in the play flow from them.  In Stoppard’s plays, characters seem to emerge from ideas.  In this play, the main idea is to flip Hamlet and its 17th-century worldview and see what it looks like from the eyes of two minor characters who appear to have wandered in from the 20th century.

Scholars, like Stoppard, are word nerds, so they love this play that twists the words from the granddaddy of all word plays.

None. (Though there is a rumor that the Earl of Oxford may have written the Shakespeare bits.)

We’ve staged the play in rep with Hamlet so that the actors play the same roles in both.  See whether or not they choose to play their characters differently in the two plays.

What scene Should I especially look for?

The scene in which Rosencrantz and Guildenstern practice interrogating Hamlet in order to “glean what afflicts him.”