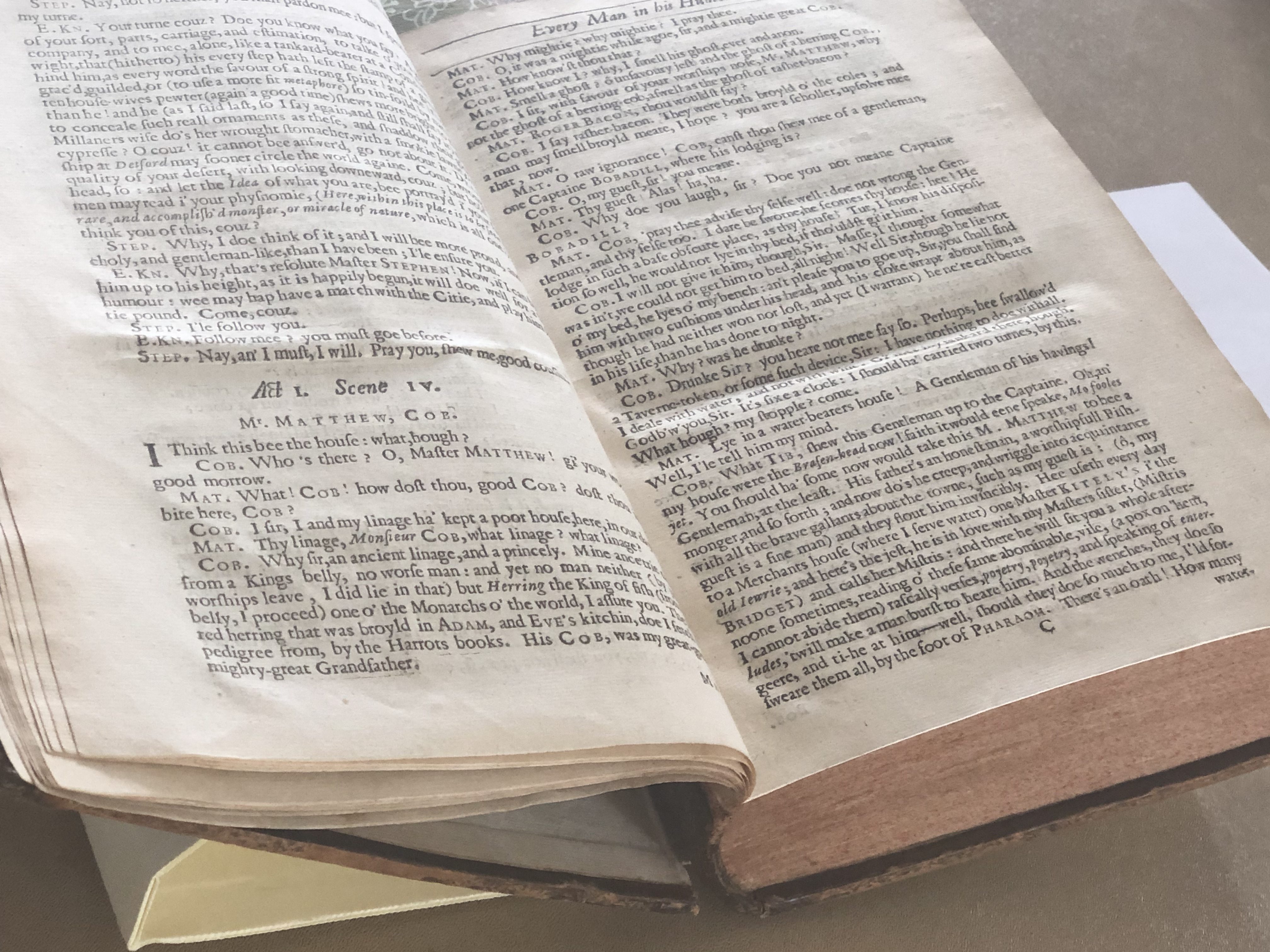 Show Title Volpone, or The Fox

Rehearsal Room The Tyson Center in the Blackfriars Theatre

After learning to use some of the special features of the Blackfriars’ stage, the cast of Volpone (fresh from auditions) headed downstairs for the first read-through of the text. After each section, the cast stopped to talk over the material, and title the action of the scene.

Jonson’s language can be dense, but spoken aloud, the comedy of Volpone is clear. The cast laughed together at this dialogue between the trickster Mosca and the hard-of-hearing Corbaccio.

MOSCA: Your worship is a precious ass!

MOSCA: I do desire your worship to make haste, sir.

In reference to the ASC’s competition for companion plays for Shakespeare’s classics, our director suggested a new story that needed to be told. “If anybody creates Jonson’s New Contemporaries, somebody needs to write the riveting story of Avocatori Number 4” who tries to arrange a marriage between his daughter and the play’s villain.

As a new subtitle for the play, the cast suggested, Volpone, or The Plot Sickens.

Earlier in the day, campers and staff explored copies of Jonson’s 1640 folio, brought to camp by Dr. Kate McPherson. It was exciting to see one of the original printings of the play we’ll be bringing to life during the next three weeks. 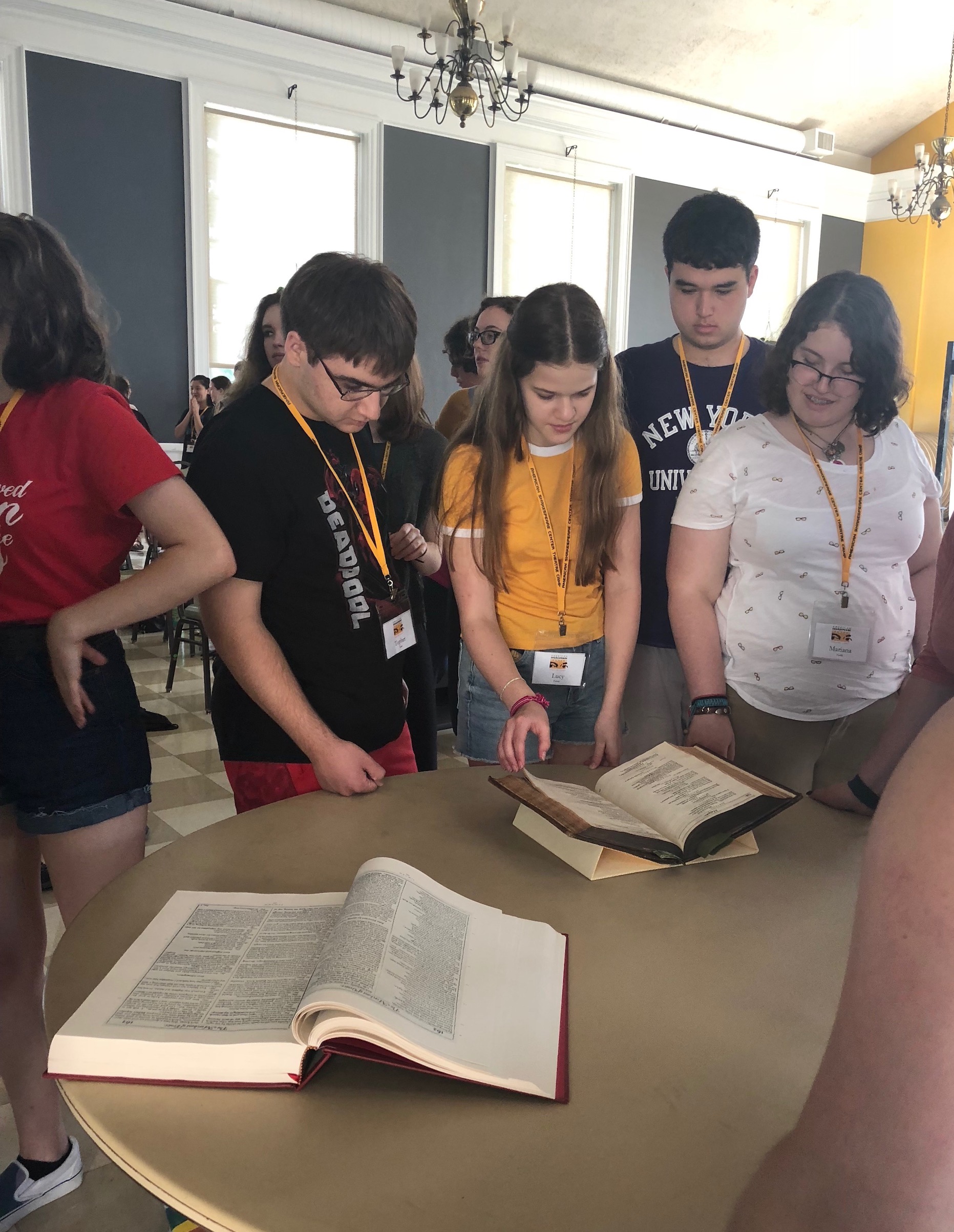 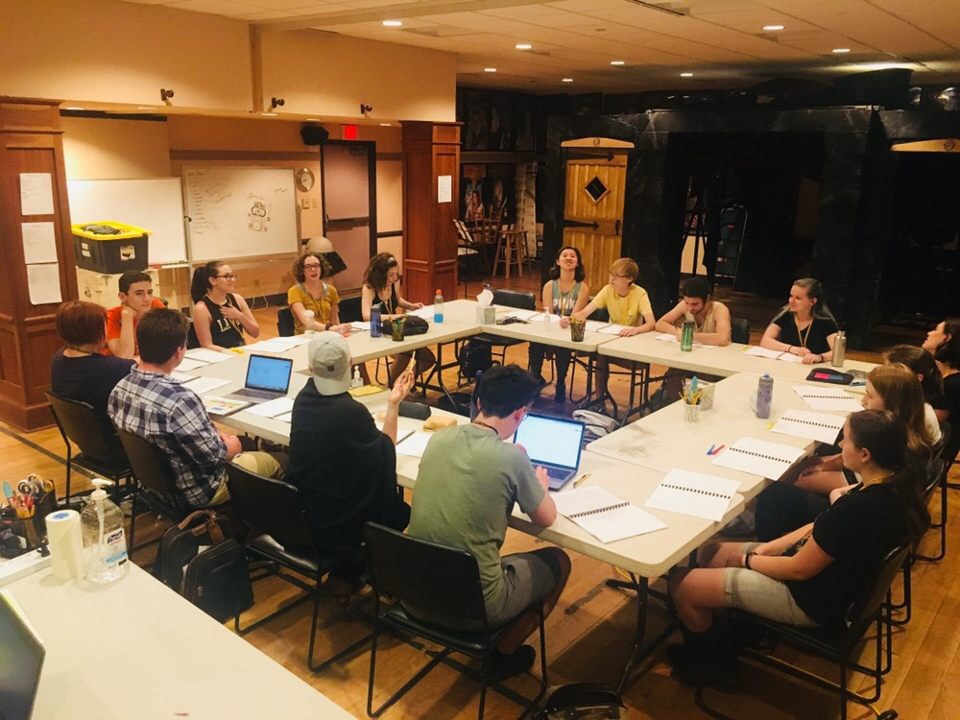 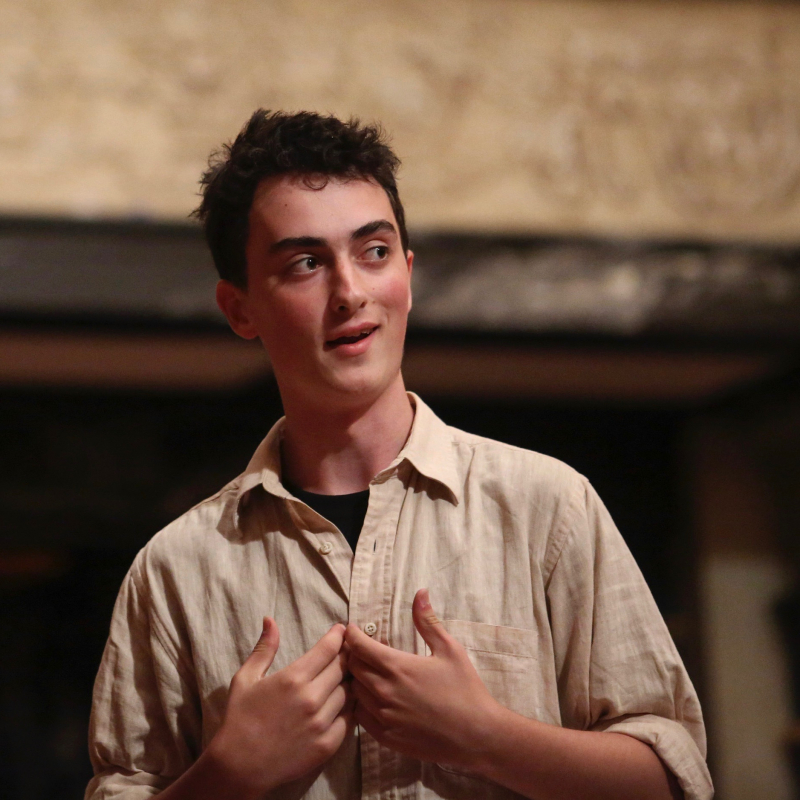