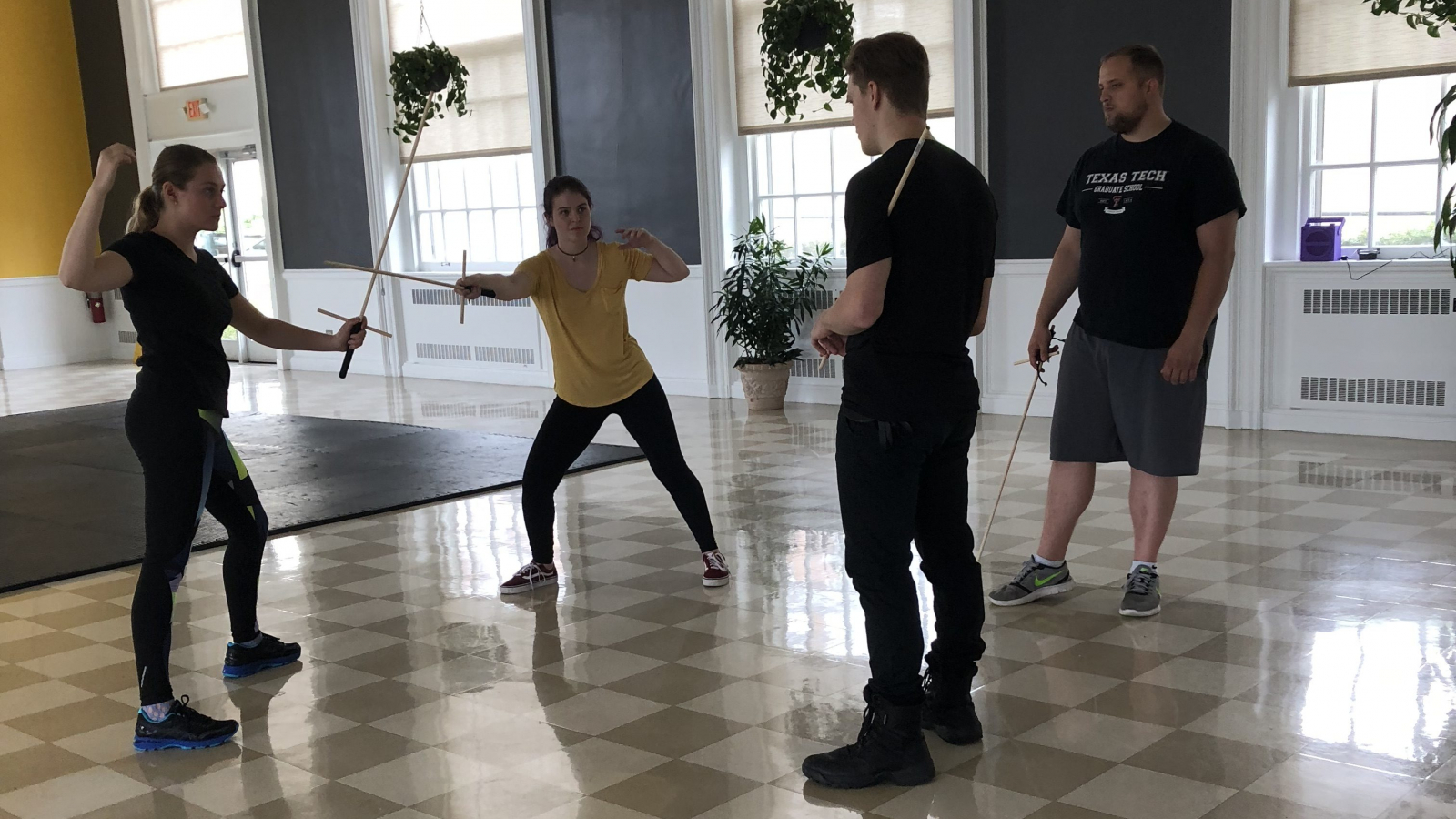 Today we started off by listening to our pre-show song for the first time (everyone was very excited). We then broke into different groups. Emily continued to stage scenes, while other groups focused on stage combat or text work.

From the Play: “A hit, a most palpable hit.”

Hamlet (Maddie) and Leartes (Sophie) got to practice with “swords” today as they learned their choreography for their showdown at the end of the play.

From the Director: “Remember, you don’t have to go to the audience to speak to them. They’re there, they’ll stay.”

Emily on everyone’s (or at least my) favorite device: audience contact!

Emily: “So what did you learn today?”

Maddie: “How not to get hit in the face.”

A truly important lesson to learn. We are always fans of safety!

Things are shaping up very nicely. Today we really began to implore the campers to know exactly what they are saying and to do important text work. The campers need to know their lines soon and some of them were already off book for the scenes worked on today. Text work will help them make strong and clear acting choices and help tell the story in the most compelling way they can. Watching other campers really absorb some tricky stage combat today has also been awesome. 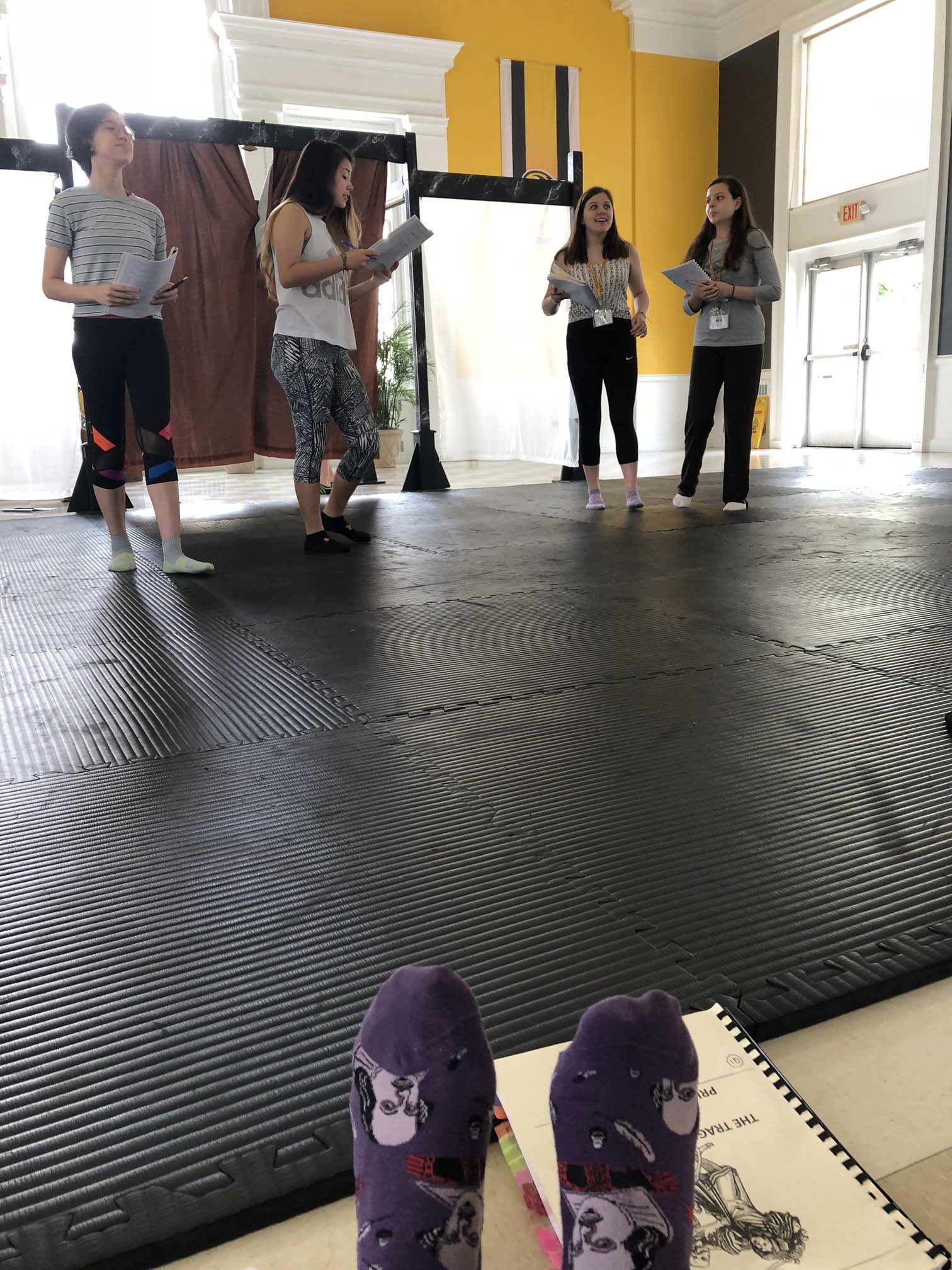 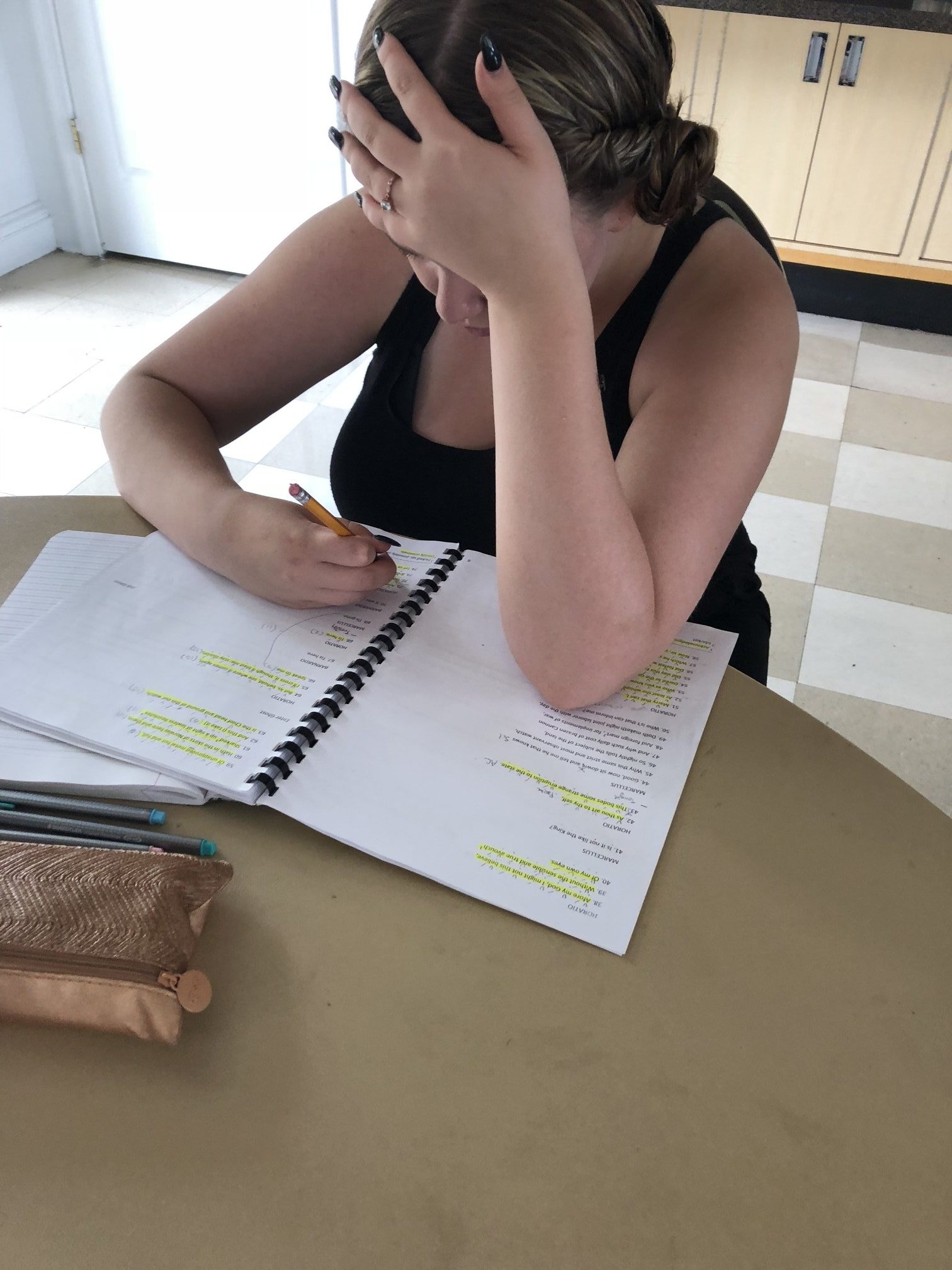 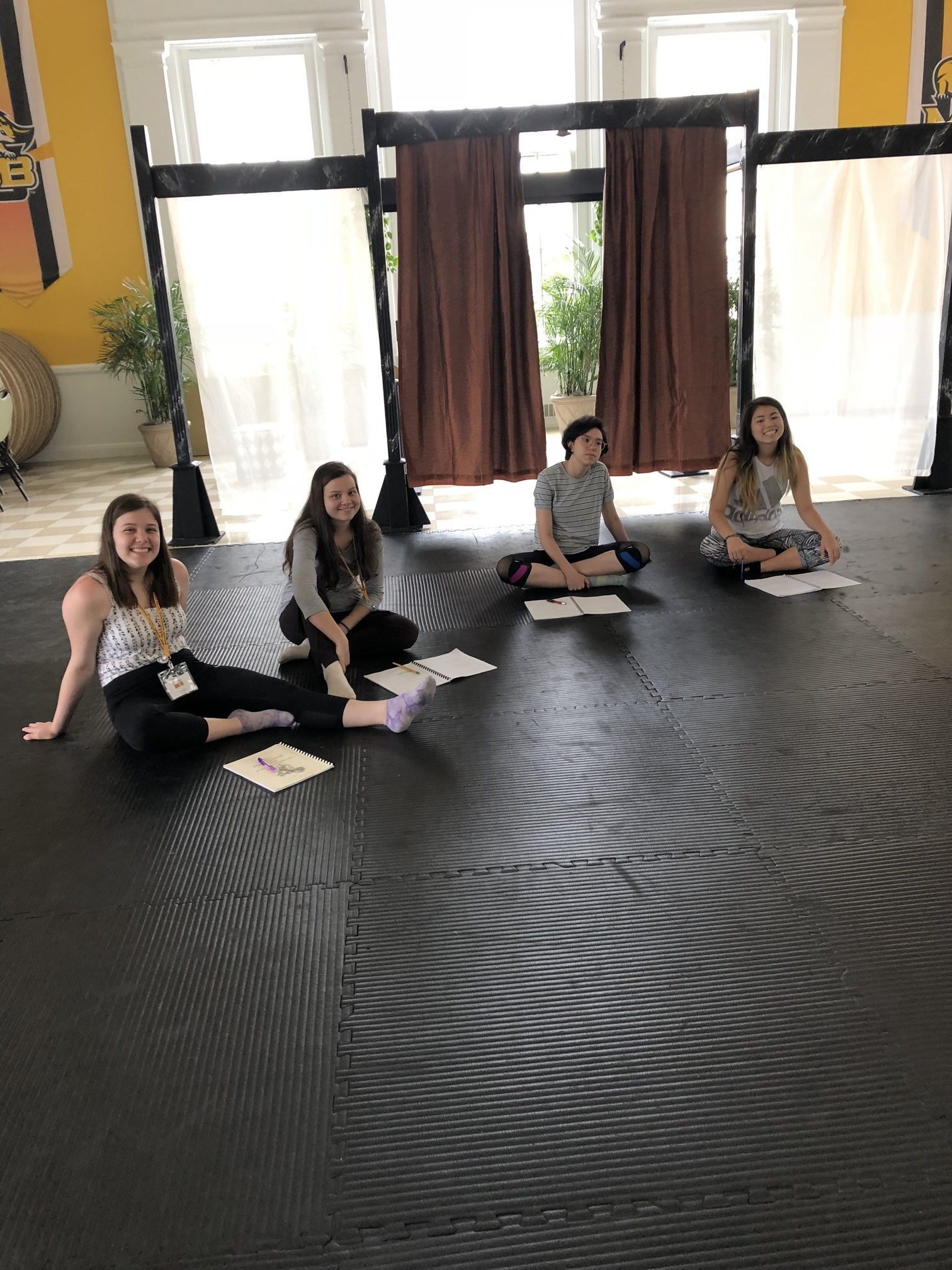 Ronee Goldman is the Production Intern for ASCTC's session 1 production of Q1 Hamlet. She was a two time camper and is so excited to be back to share her love of camp with others. Ronee is pursuing a BFA in Acting at Ithaca College.