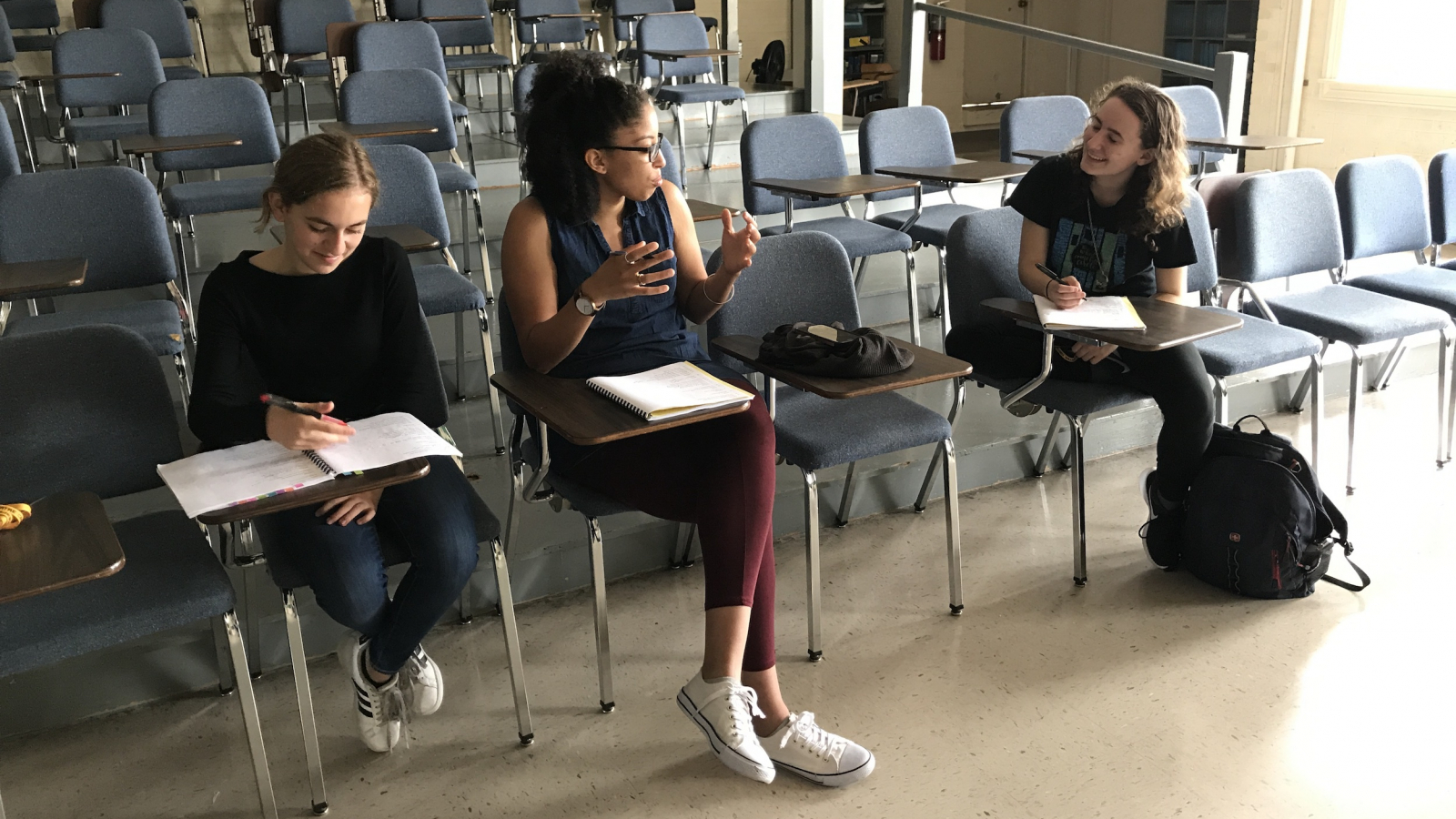 What we did: We began rehearsal with our daily warm-up followed by a fight call. Then director Emily, RDA Alex, and RDA Riley each took groups to do scene work. Those not in a group paired up and worked on lines together.

Production Insights: The cast really picked up their energy today during scene work. We’re not a show speed, by any means, but we are much closer to the pace we need than we were even yesterday. The campers, even when not working with Emily, Riley or Alex, were busy learning lines or running scenes by themselves. I was really impressed by the energy and focused displayed by everyone today.

We have a second rehearsal tonight in Blackfriar’s, so be ready for another blog post from me later today! 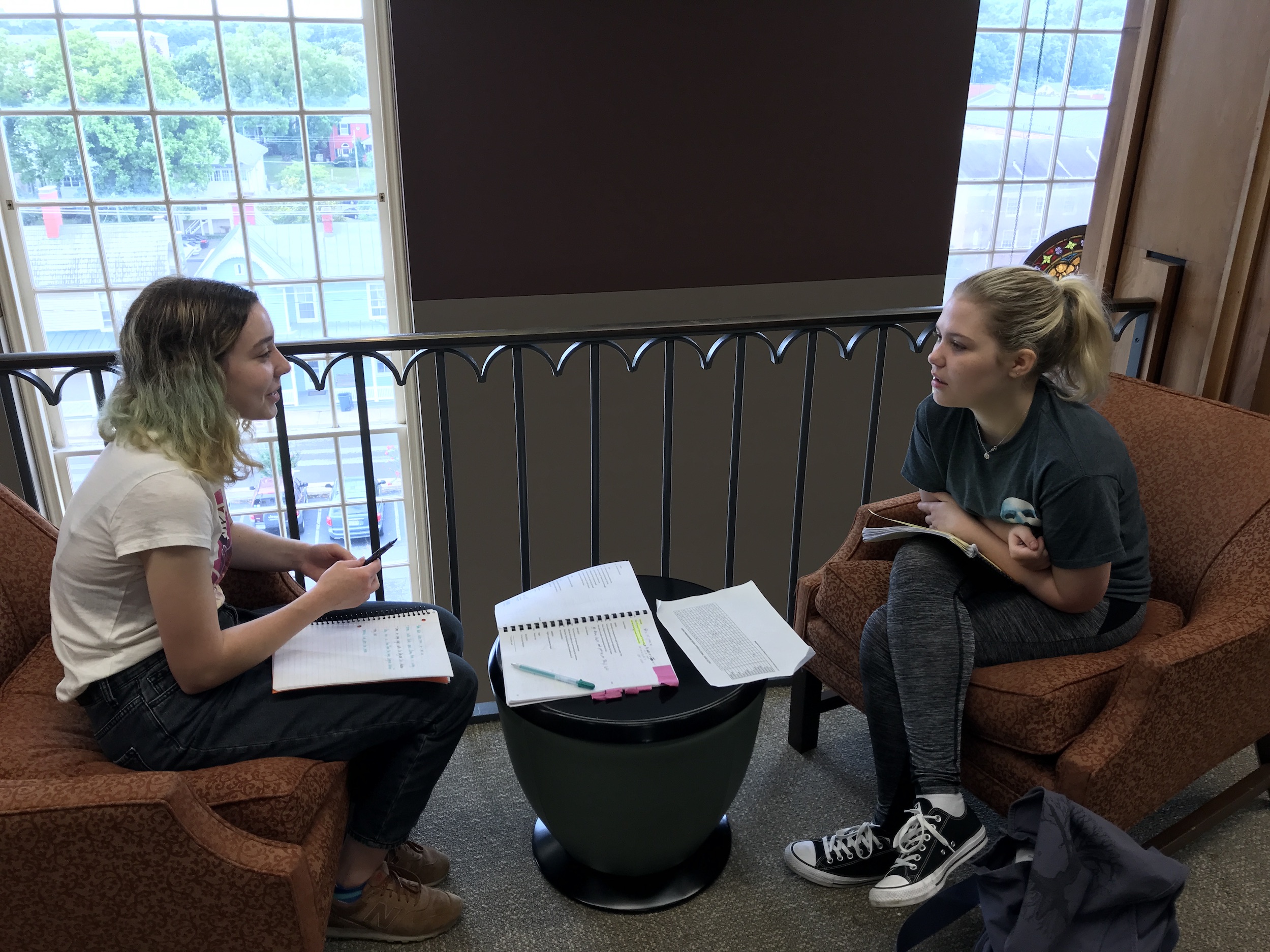 Eliza and Mimi work on lines together 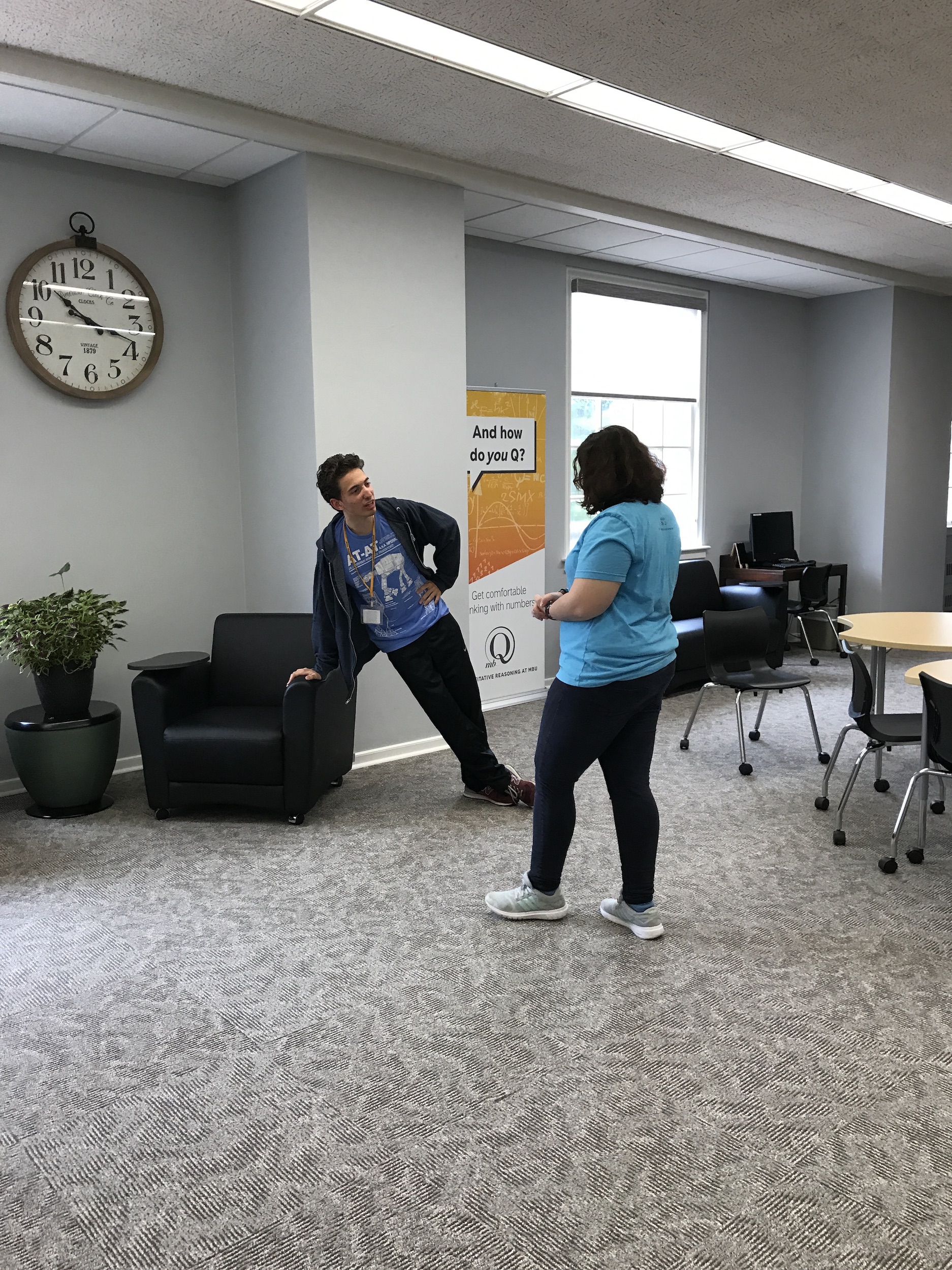 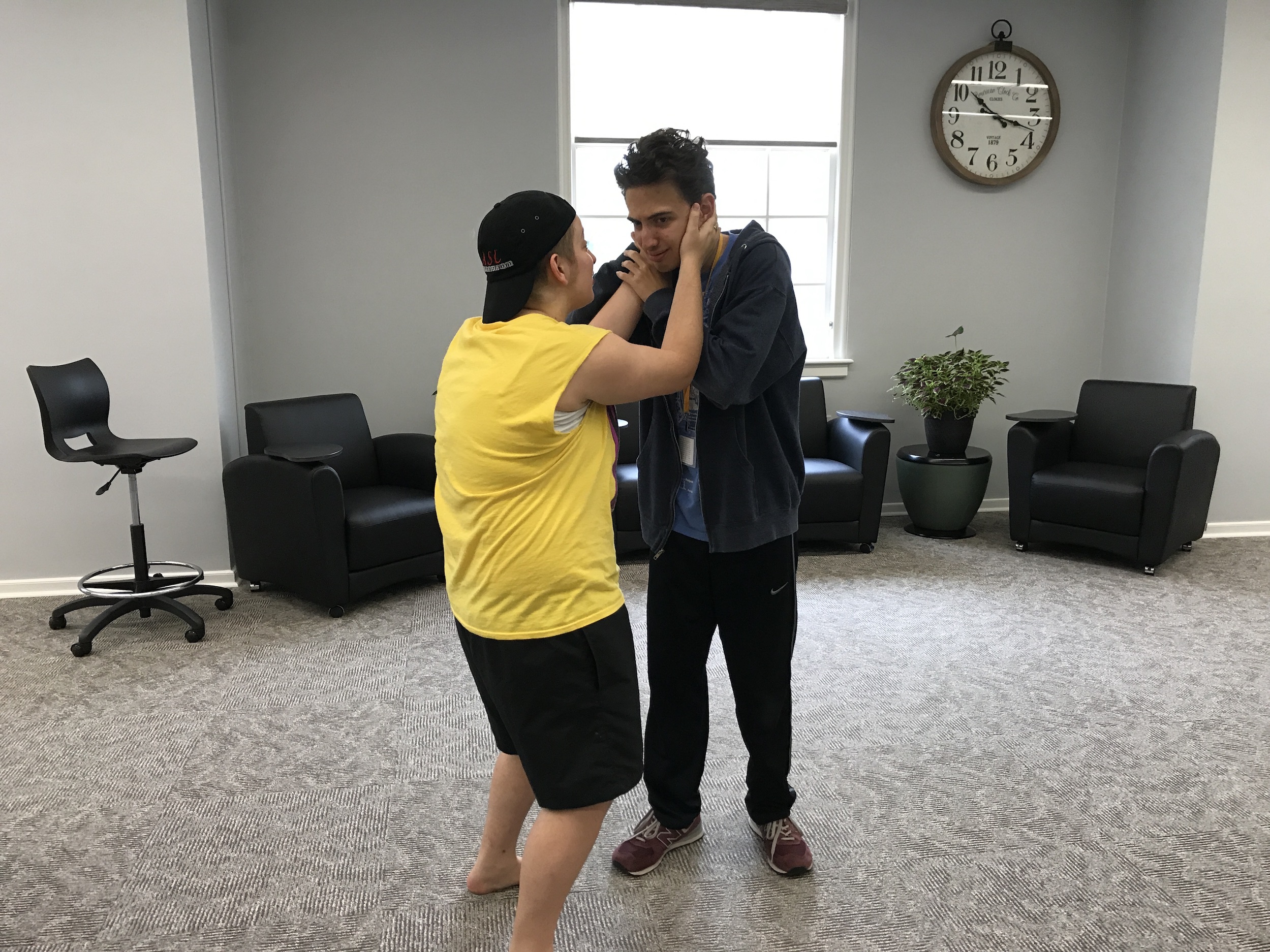 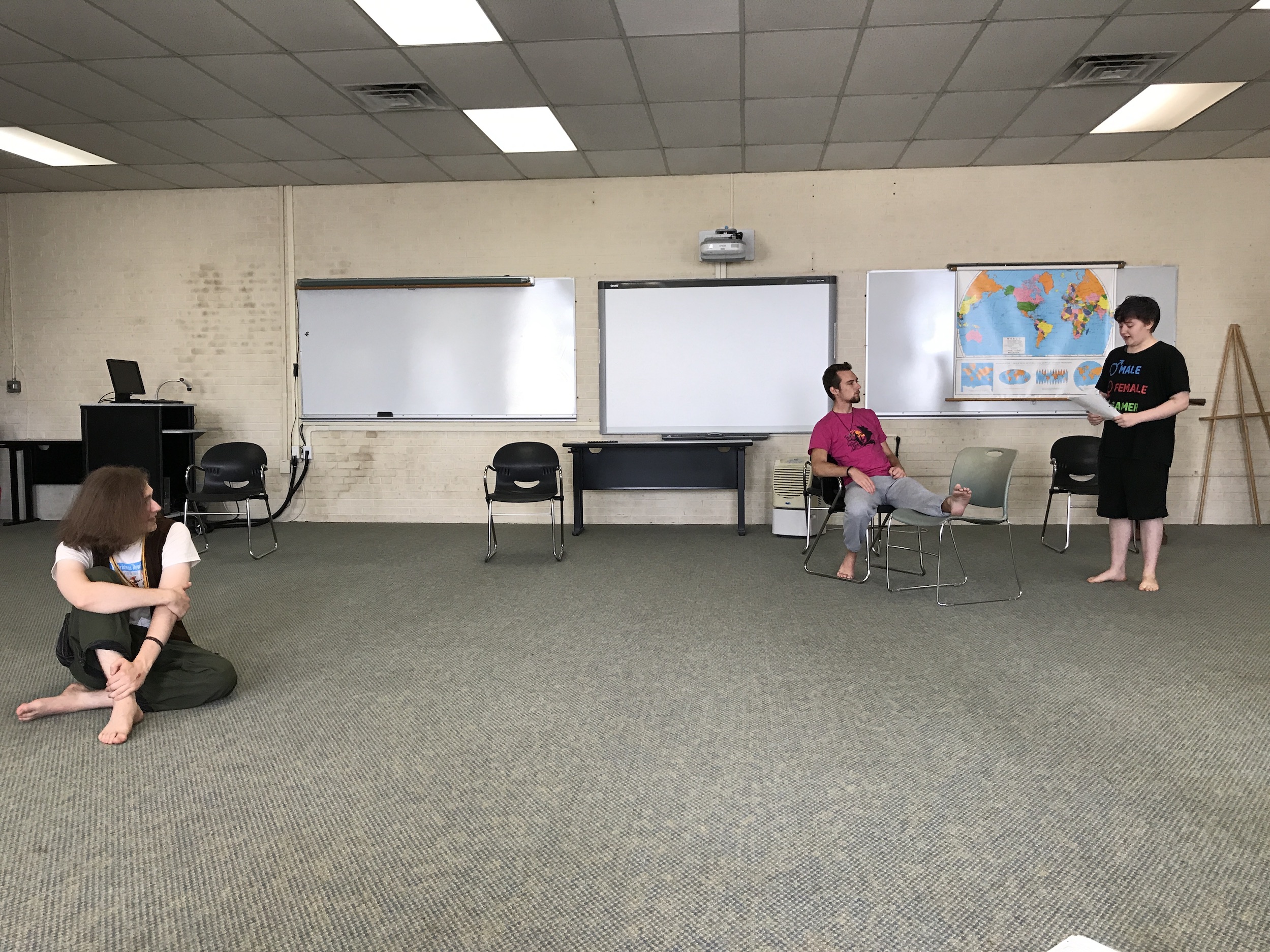 Austin, Darrow and Rein work on the opening scene with Emily 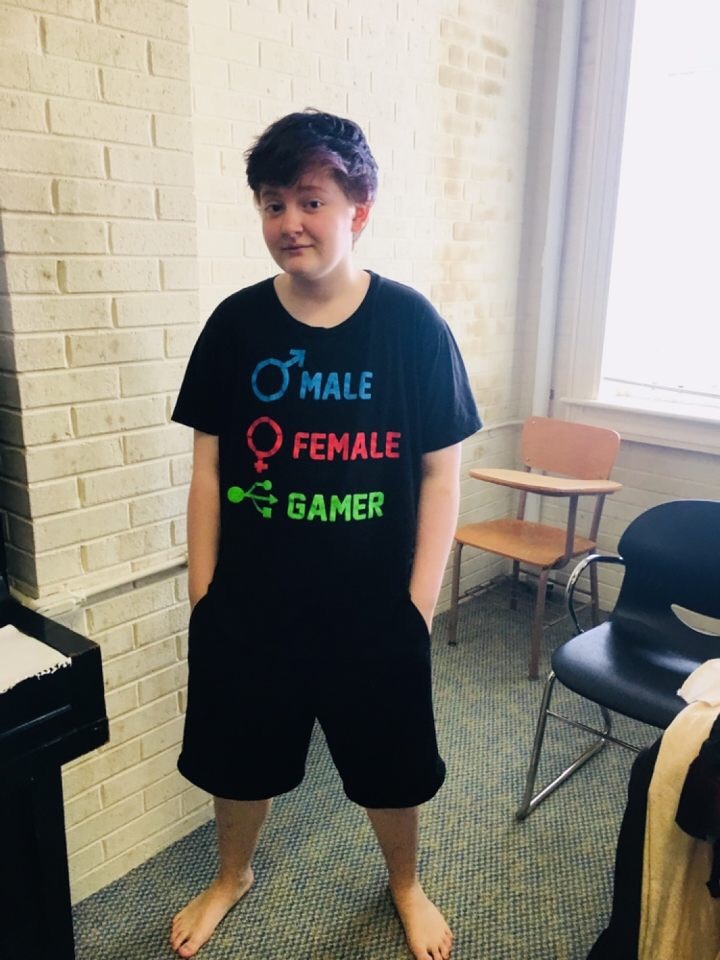 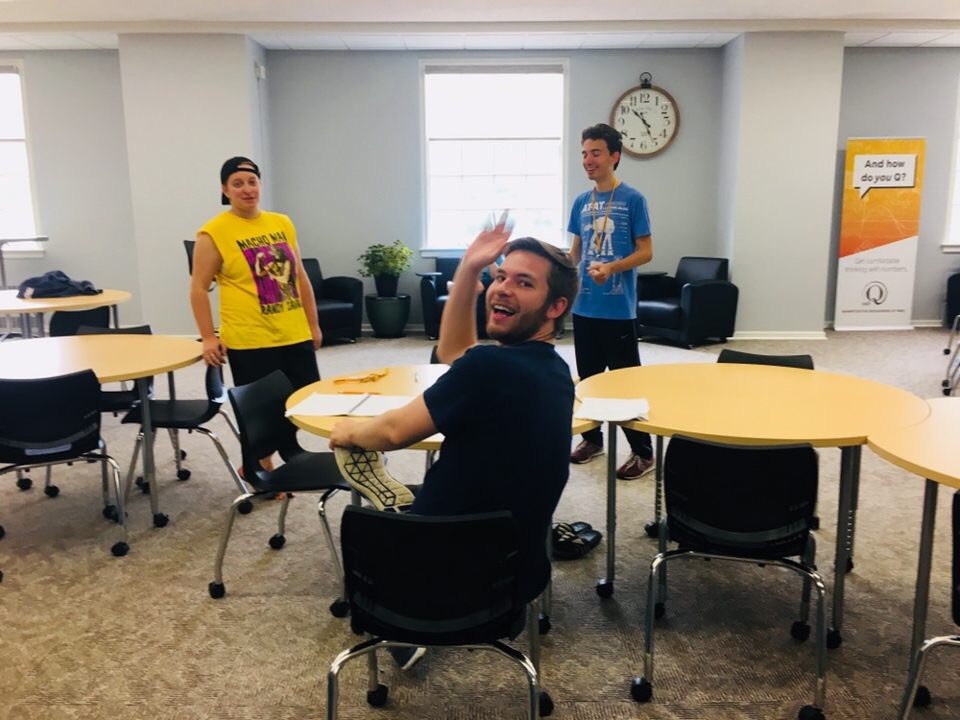