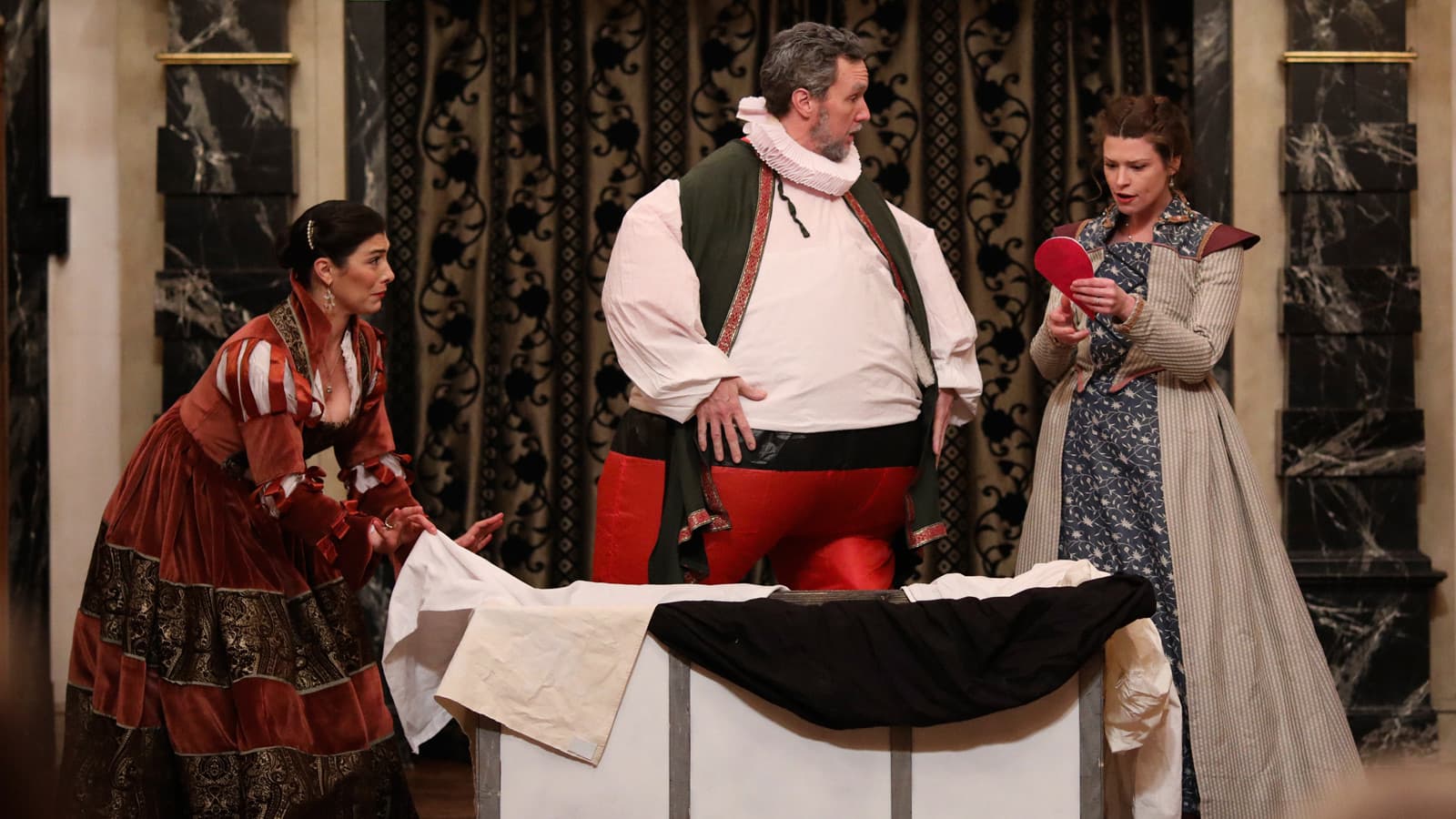 The Actors’ Renaissance kicks off with previews of The Merry Wives of Windsor and Henry IV, Part 1

The American Shakespeare Center (ASC) Winter Season: The Actors’ Renaissance began previews this past weekend of The Merry Wives of Windsor and Henry IV, Part 1.

The Actors’ Renaissance is ASC’s annual exploration of Elizabethan rehearsal conditions. Veteran ASC actors mount productions with limited rehearsal time and no formal directors or designers. “The Actors’ Renaissance is like nothing else I’ve ever seen,” says artistic director Ethan McSweeny. “What makes it so special is that it puts our actors at the center of the equation. It’s possibly the most Shakespearean thing ASC does. Nothing empowers the actors more than giving them the reins. We’ve practiced this way for nearly a dozen winters now, and it has created some of our most memorable productions.”

“This play could be the pilot for a series called The Housewives of Windsor,” says co-founder and director of mission Ralph Alan Cohen. “It bustles with characters that seem real, especially the eponymous wives.”

The thrilling and poignant coming-of-age story Henry IV, Part 1 began previews Saturday. Set at the onset of war, Prince Hal and Falstaff leave behind the brothels of London to defend King Henry’s crown in Shakespeare’s masterful exploration of family, friends, happiness, and honor.

Casting highlights include David Anthony Lewis as frustrated King Henry, Brandon Carter as his rebellious son Hal, and KP Powell as the powerful and hot-headed Hotspur. ASC dramaturgs recently learned that Carter appears to be the first African-American male to play Hal in a standalone production of Henry IV, Part 1. “It’s crazy to think that in 2019 I can research all the way back to Richard Burton (who played Prince Hal) and not find a Hal that looks like me in Shakespeare’s Henry IV, Part 1,” says Carter. “Now, a kid, that looks like me, can see our production and be inspired to say, ‘I could be a Prince too!’ I’m so excited to share what my Hal looks like.”

Henry is now in previews and opens February 15. A pre-performance lecture is on February 15.