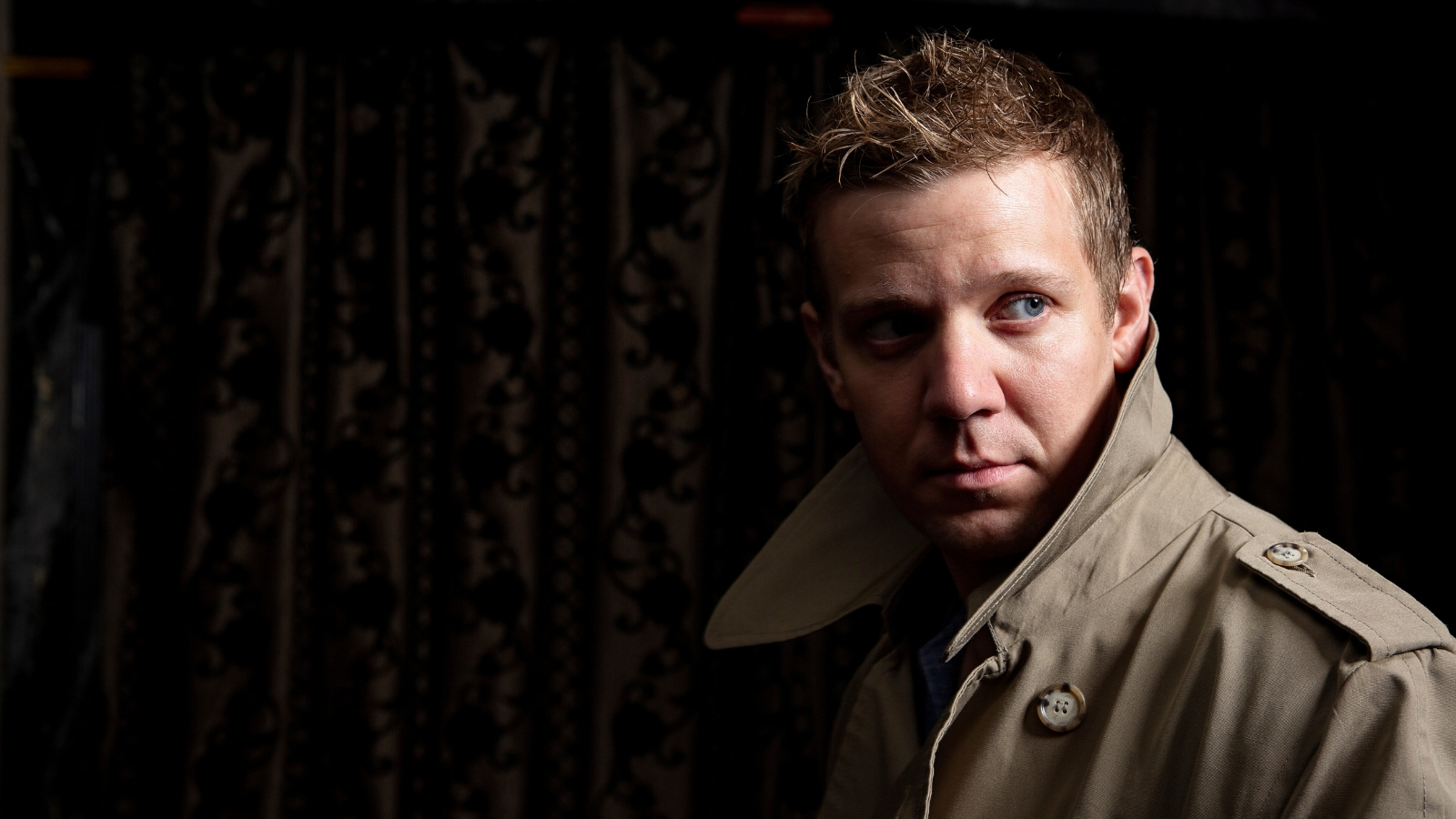 I grew up just north of Pittsburgh, Pennsylvania in the town of Wexford. I was the kind of kid who would walk up to a stranger in the grocery store and start an in-depth conversation. My mother recognized that maybe she should focus my outgoing tendencies on something constructive. And that was how I started doing theatre. I went on to study at Belmont University in Nashville and earned my Masters from the Professional Actor Training Program at the University of Houston. That was where I learned about the ASC. Soon after I finished my training I came to visit. When I stepped into the room I knew I wanted to work here. My wife and I came in 2014 to join the resident company and fell in love with the theatre, the city, and the mountains and decided we were going to set up our life here. We now own our first home here in Staunton where we enjoy spending our time raising our curious and bright-eyed first born Clementine Mae.

You are the Fight Choreographer for the Winter Season. Tell us what that means and how you go about directing a fight.

In many of the shows in the the Winter Season there are moments of violence. It’s my job as the Fight Choreographer to decide how those moments of violence take place and to teach the choreography to the actors involved. An important aspect of Fight Choreography is storytelling. Does a character throw a punch or give a backhand. What kind of fighter is Hotspur (Henry IV, Part 1)? What kind of fighter is Hal (Also Henry IV, Part 1)? I try to take most of my clues directly from the text but I also really like to speak with the actors playing the characters to get their input. I’m also the Fight Captain, so once we learn the fights, we practice them before every show and I work with the ensemble to maintain the integrity of the fights and keep things safe.

You are also the Assistant Director for Anne Page Hate Fun. How does the process for opening a world-premiere differ from other Ren Season shows? How is it the same?

Time slowed down during Anne Page Hates Fun. The other shows in this season go up lightning fast. But because we were working with a brand new script it was important there was more time for the creative team to work as the script evolved. But at its core it still maintained the spirit of the Actors’ Renaissance. Our Director, Stephanie Holladay Earl, has been an actor with the company and I, as Assistant Director, am currently an actor in the company. So, the process remained highly collaborative even as we invited in a playwright and directors/designers to the process.

Tell us what happens in Henry 4, Part 1 in 5 sentences or less.

Hal shirks responsibilities claiming it’ll make him look more responsible later. Hotspur wants the crown and thinks he deserves it. Falstaff drinks, robs, and puts on a play. Henry gets his son back and rides off to defeat the rebels. Lots of people fight and die…and some don’t.

Expect a story about fathers and sons. They’re all over the place in this play and it’s fun to watch how the different dynamics play out.

If I told you, then it wouldn’t be much a surprise…now would it?

What’s different about working at ASC compared to other theatres?

Imagination. Movies and big budget theatre try to do all of the hard make-believe…both for artists and audience. They do the special effects and the lights and the pyrotechnics. Here, just like Shakespeare would have done, we ask the actors and the audience to imagine. We ask that people pretend we aren’t inside a playhouse but on a battlefield, that two merry wives can have an elaborate picnic while duping a fat Falstaff, and that paintings can poison through human eyesight. Nowhere I’ve ever worked has a more vital connection to the human imagination and I love that.

If you like what we’ve been doing just wait for what’s to come. The future is bright for the ASC and we’re only scratching the surface of what’s possible. Keep. Coming. Back.