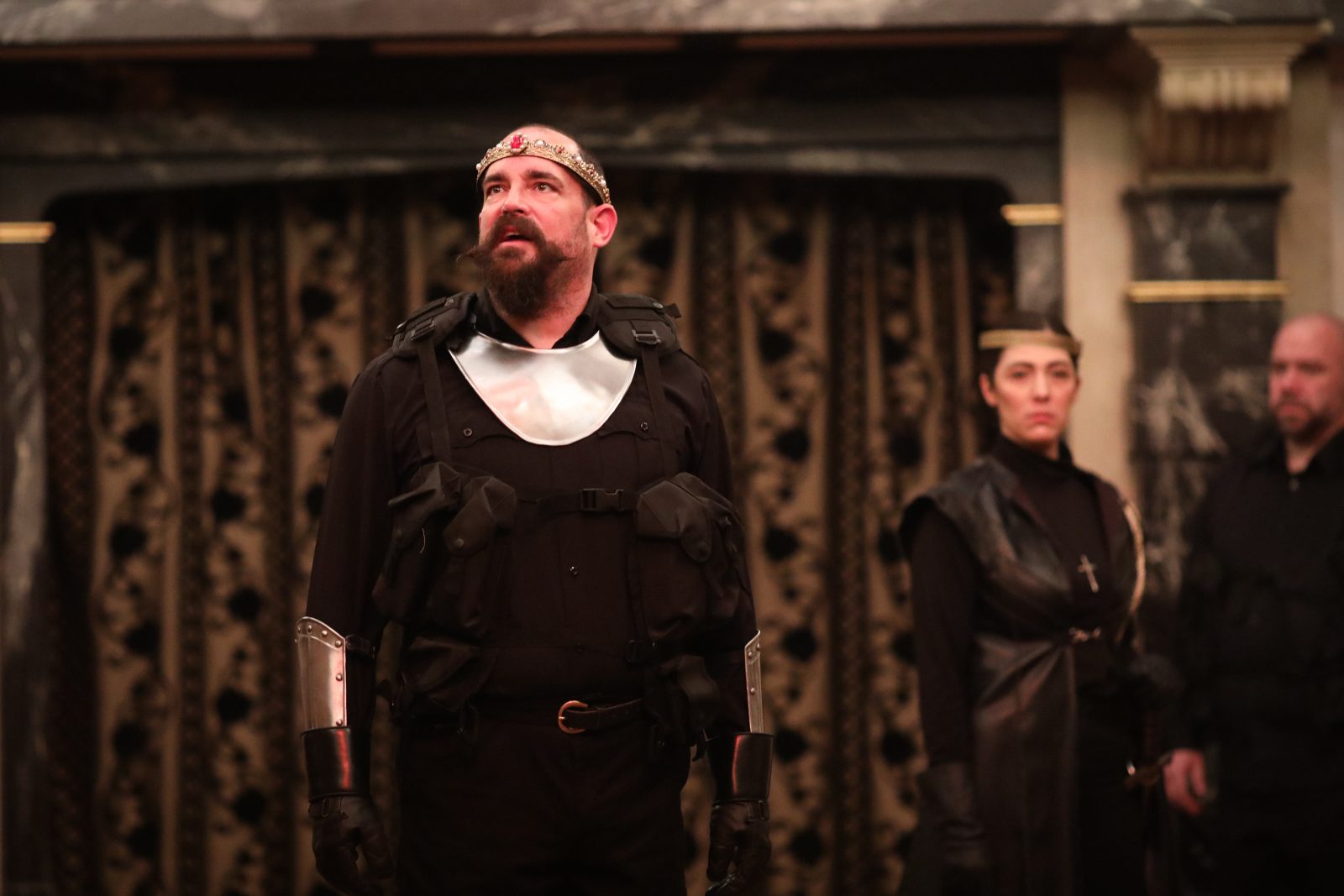 I grew up in southern Idaho, and my 8th grade English teacher told me I was good at reading Shakespeare. Some 14 years later, I worked with René Thornton, Jr. at the Oregon Shakespeare Festival. 16 years later, my wife and I came to visit René here, fell in love with Staunton and the ASC, auditioned, et voilà!

It’s all just a panic to memorize, memorize, memorize. Along the way, a little dramaturgical reading for historical background, but mostly just memorizing. I type (painstakingly slow) all my words out in a format I like, and then read them all out loud at least once a day.

Henry Bolingbroke is definitely one of my favorite roles in the canon. I’ve played him before in a production of Henry IV, Part 1, but not with Richard II under my belt (we did that one last Ren Season), and that has made all the difference. I find his thought processes familiar, his motivations relatable, and his story compelling.

What should people expect when they come to see Henry IV, Part 1?

Any insider tidbits to look for? The sword Henry uses in the war is the same sword Bolingbroke made an oath on when he was banished England’s territories for 10 years by Richard II, in last year’s production of R2. Also, track the weapon Hal uses in his fight with Hotspur.

The music is always surprising – mash-ups, and cool arrangements. So much talent, led by our incredible
Music Director/Captain Chris Johnston. Oh Captain, my Captain!

What do you think is the biggest misconception people have about the work we do at American Shakespeare Center?

That the shows are inaccessible, or somehow distant from the way humans are now. What motivates us is largely the same now as it ever was, and we do our best to make these 400 year-old words feel contemporary, these old old stories as relevant and fresh as can be.

Our stage management team is the only reason we’re able to pull any of this off – they’re truly dedicated to quality storytelling and they enable us, keep us safe and happy, and work harder than any of us. Except maybe Chris Johnston – that guy never stops.