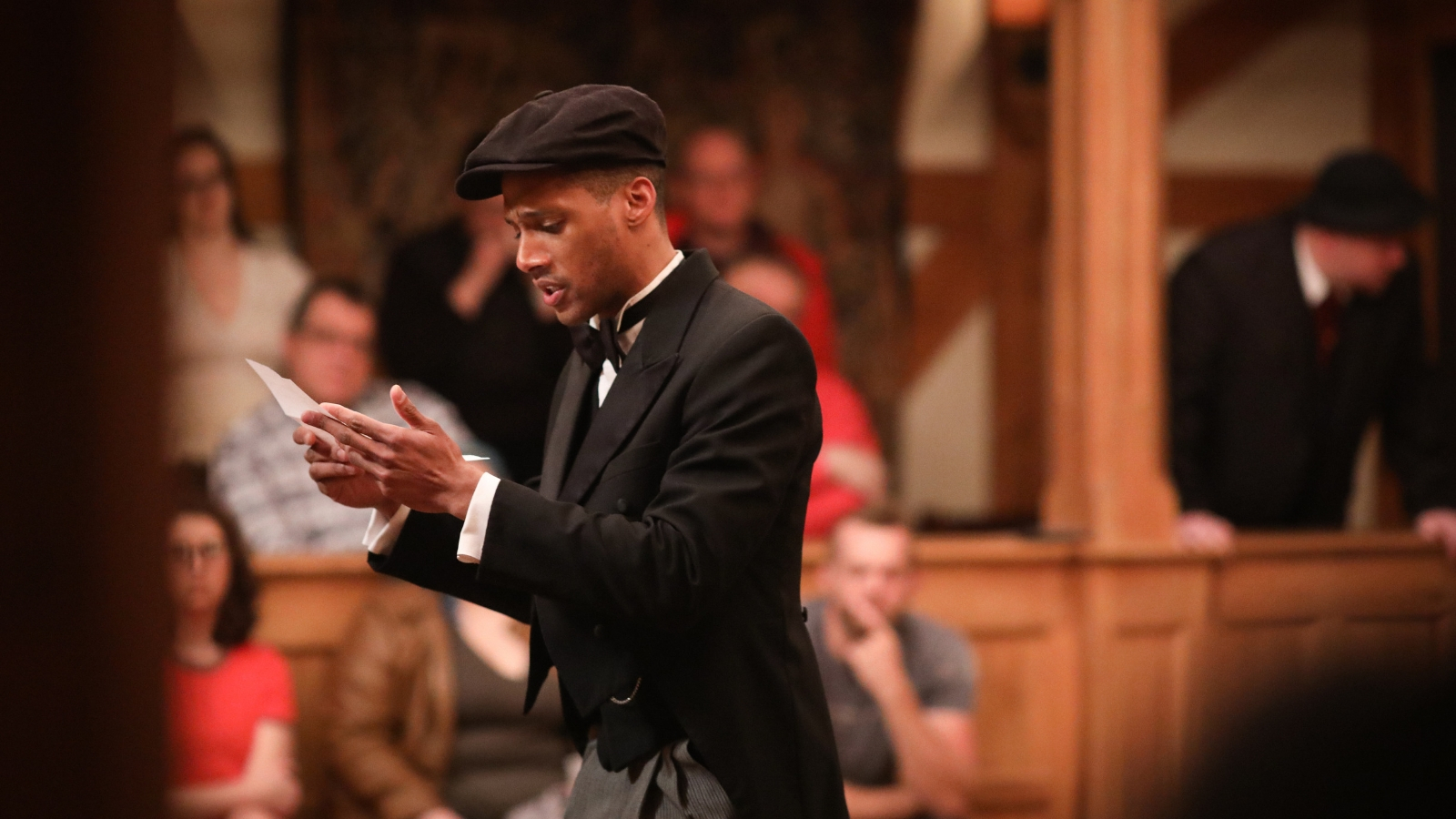 In 1551, the mayor of Faversham found Thomas Arden lying dead in a field, not knowing, yet, the winding and knotty story which lead to a seemingly inevitable murder.

Like many true crime dramas found today on Netflix or other TV networks, the element of “this could happen to you” in the story of Arden of Faversham draws audiences into its web. Though its source, the second edition of Holinshed’s Chronicles of England, Scotland, and Ireland, usually focuses on historical events in the lives of Kings, Queens, and the nobility, the play concerns itself with middle class people, just as the focus in today’s true crime tales is on the everyman. In the Chronicles, the murder of Thomas Arden stands out as a significant exception, and its telling makes for a fascinating few hours of stage time.

Based on an actual event that shook England at the time, Arden of Faversham is the definition of an early modern true crime drama. To move the story from the real world to the stage, the play relies on accounts of this juicy event and adds a creative spin to some of the details. Marriage and sex set the wheels in motion in this crime, with a classic setup: Arden’s wife, Alice, “inflamed in love with Mosby, and loathing her husband, wished and after practised the means how to hasten his end,” according to Holinshed. Together, the lovers plot to murder Arden and draw a slew of other characters in from assassins to servants to wronged acquaintances. Michael, Arden’s servant, and Clarke, a painter with a gift for poison, get drawn into the murderous web of the story because of their desire to marry Susan, Mosby’s sister and Alice’s maid. Naturally the play sensationalizes the affair between Alice and Mosby for the stage, upping the element of sexual intrigue that permeates many crime dramas, both contemporary and historical.

Just as “based on a true story” movies and television shows take liberties to dramatize their stories, the story of Arden is expanded and contracted in its plot. Sometimes conflating real-life people, sometimes enhancing their part in the drama. In the Chronicles, Alice employs more than a singular maid, but in the play only one survives: Susan, which gives space to explore for a love triangle between Susan, Michael, and Clarke. In the case of the assassins who continually fail at their murder attempts, Black Will and Shakebag, roles are enhanced for the play. While Holinshed notes these attempted murders as “disappointments,” the failures of Black Will and Shakebag are much funnier on stage than in Chronicles (and, I can only imagine, real life), as when a shop owner closes a window on Black Will’s head or Shakebag falls into a ditch. Even the character of Franklin, who features prominently, and gives the genre typical “where are they now” spiel at the end, does not appear in Holinshed’s version of the events at all. In his epilogue, Franklin reveals to the audience the punishments that befell the perpetrators of Arden’s murder much like the screen scrawl at the end of contemporary tellings reveal convictions and jail time.

The origins of the play itself are shrouded in drama –– of the authorial kind. While most often credited to Anonymous (possibly the most prolific playwright of the early modern period) –– it is likely a collaborative work, as were many other plays in the period. Anonymous, or anonymouses, drew heavily from Holinshed in writing their play based on this true story, down to similarities between dialogue in the play and quotes in Holinshed. This is a trope of our own WIlliam Shakespeare, particularly in his history plays (like Henry IV, Part 1, currently playing in repertory with Arden). Could the missing author be Shakespeare? You will have to be the judge…and the jury.

Are you looking to fill your true crime and juicy late-night TV fix? Are you looking for a show that will benefit from multiple viewings? Do you want to uncover new clues, new motives, new perspectives? Then I hope you’ll come see this crime unwind and find yourself drawn into the intrigue of the play and murder plot.

Arden of Faversham plays as a part of our Winter Season: The Actors’ Renaissance.