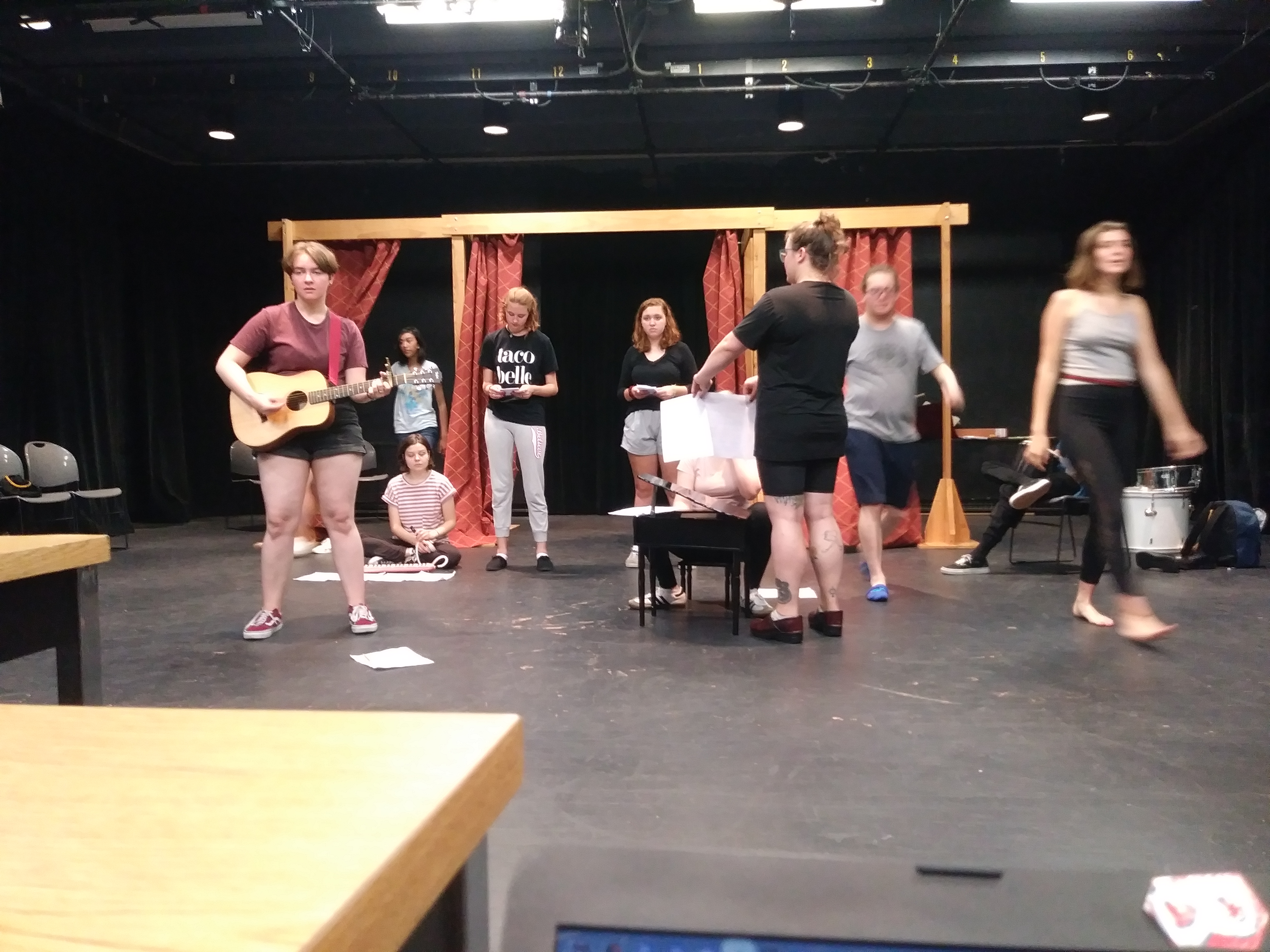 We began with a fight call, with Austin working on getting all the fights completely safe and up to show speed. Next, we did a music call, putting in closework on the pre- and mid-show song under the direction of Miriam. From there, the cast continued applying close textwork to the play, today from act I, scene ii to scene iv. Meanwhile, Amalia and Austin took individual cast members and groups to continue putting in work on crucial scenes.

“Thou wretched boy that didst consort him here shall with him hence.” Tybalt, Act III scene i.

“That’s cool and the gang.”

“I should stand. I love standing.”

“What lady’s that and I forgot my line.”

Today, my fellow dramaturgs and I presented to the whole camp on our specific plays. The presentations covered reception, history, content, and timeliness in each play. Afterward, we sat and answered specific questions on the campers on our plays, how they conversed with one another, and each play’s own particular problems and eccentricities. We hope the campers enjoyed them as much as we did. Their questions were insightful and often difficult in the best possible way. Each intern was once a camper, and we understood what it was to be on the other side of the presentation; somewhere in that room, the next crop of interns, who will be writing these blog posts in a year or two, were hopefully envisioning presentations of their own. Later, our actors got the chance to go to their second showing of the ASC resident troupe’s Julius Caesar. For me as a camper, seeing the ASC’s professional shows on a regular basis was not only a pleasure, but a tremendous learning experience. For our campers, it’s a chance to see the staging conditions they’ve been taught here (which they may have had no previous experience at all here) put into practice. Over the course of this session, campers will be able to see Julius Caesar, Antony and Cleopatra, and Midsummer 90 (A 90 minute cut of A Midsummer Night’s Dream) all put on by the ASC’s resident and touring troupes. It’s fun, it’s educational, it’s beautiful theatre. It’s one of the best experiences of camp.