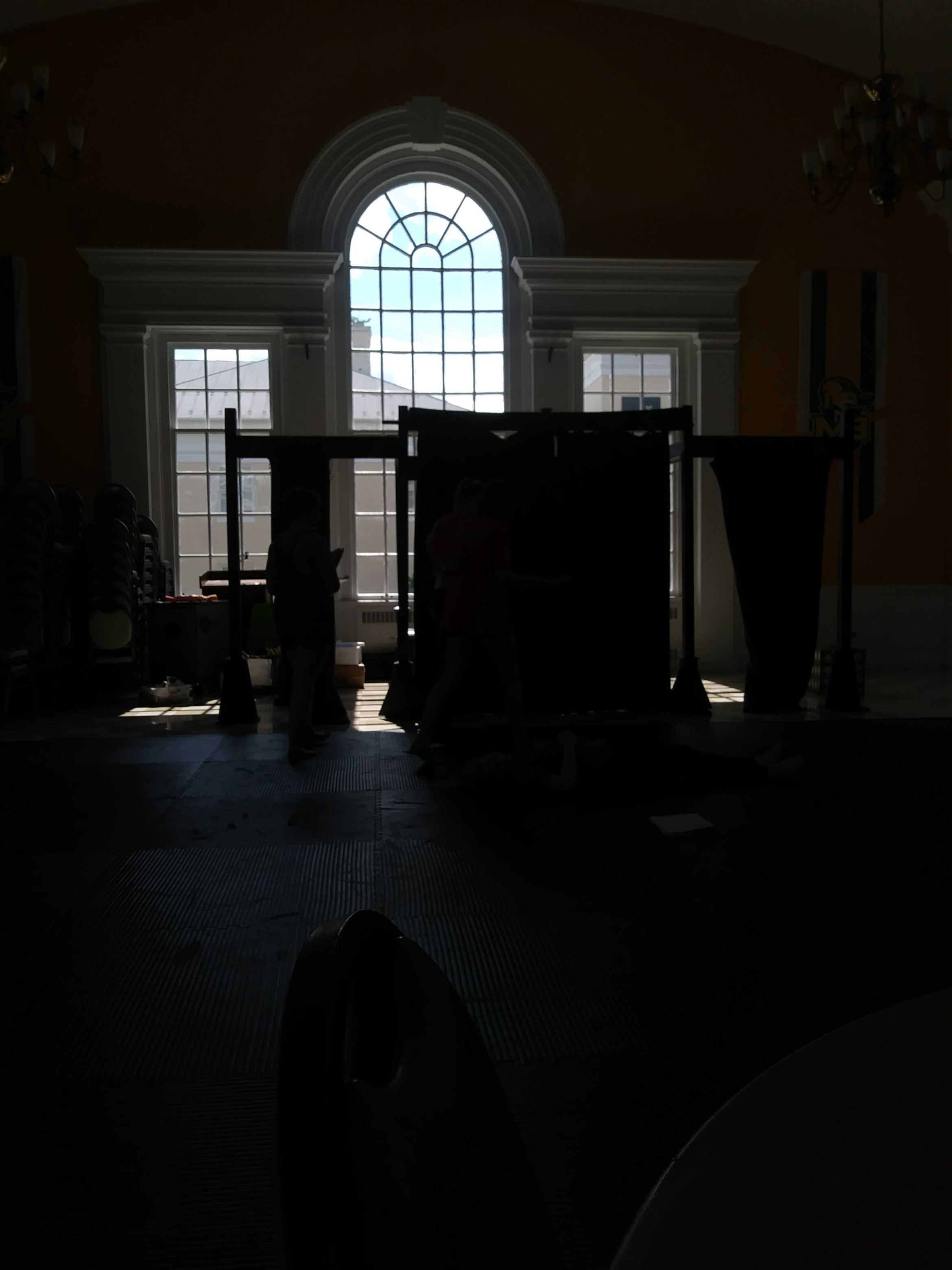 We began today’s rehearsal with physical warmups before venturing into blocking. We blocked from the end of act three to the end of the play. We also finished blocking fights for the show with the final Paris/Romeo fight from Act V Scene iii. Following completion of blocking, we ran the second half of the show (from the beginning of act III to the end of the show.) Amid the work, we made strong progress on the show song.

“If I may trust the flattering truth of sleep,

“Say to yourself: I’m going to make this play a comedy today!”

“So am I just not kissing anything or…?”

Today was a Sunday, meaning our rehearsals ran in the early afternoon instead of the morning, a welcome rest for campers and production teams. Along with this half day came a great deal more sleep for many of our campers and staff. Our play begins on a Sunday morning, very much like this one. The day was calm and cool before it was torn apart by the Capulets and Montagues brawling in the streets of Verona; fortunately, the streets of Staunton are somewhat quieter.

A few days ago, I had a discussion with Miriam, our Director, about Romeo’s sleep patterns. Romeo begins the Sunday having been out all night; he also spends Sunday night at the Capulets’ party and in meeting Juliet. Monday night, following his killing of Paris, Romeo spends the night with Juliet; he still seems not to have slept. It is only upon his arrival in Mantua that he sleeps; even then, we are not clear whether he sleeps the whole night or a portion of the day. Because the time scheme of Romeo and Juliet is so tight, Romeo’s sleeplessness almost explains some of the impetuousness of his actions; more importantly, however, it drives the breathless pace of the play even more violently.  Romeo’s youth and exhaustion, coupled with the speed with which he is forced to make decisions, leads to his final failures. When Romeo does sleep, however, his dreams are blissful; it is almost an echo of his own farewell to Juliet in the Balcony scene: “Sleep dwell upon thine eyes, peace in thy breast.” Romeo’s long wakefulness can also be contrasted with Juliet’s long sleep; as always, Romeo and Juliet are opposites, seemingly doomed by destiny, only doomed by the distinctions which stand between them.