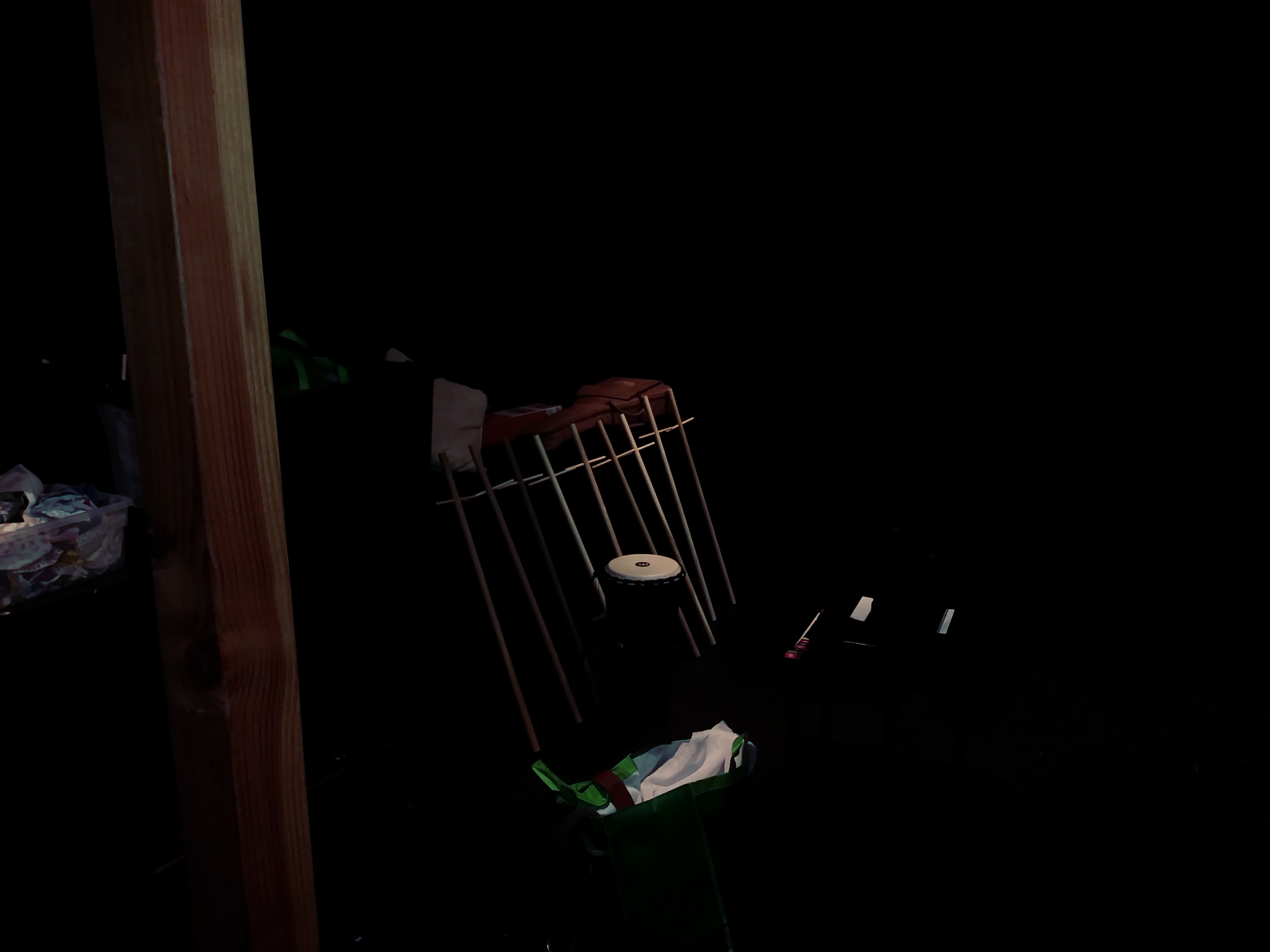 Today, we worked closely through the most of Act Iv. Miriam, Margot, and Joe supervised scansion and textwork, along with doing work on climactic scenes for the Capulets. Meanwhile, Austin and Amalia supervised idle campers in prop creation, working on swords and finishing up yesterday’s mask work.

About Lord Capulet announcing Juliet’s marriage to Paris to her: “He’s like, ‘did you hear I’m going to make the play a comedy again?’ but she’s like, ‘yeah, but… no…’”

“The nurse cannot be seen. The nurse is John Cena.”

Today’s portion of close work focused on act IV of the play, which contains some of the most brutal scenes of the play, including Lord Capulet shunning Juliet and both Juliet’s despair with Friar Laurence. While each of these scenes has extreme depth and nuance, I only have one post to fill, so I’m going to spend my words on the Nightengale scene, in which Juliet is also informed she is to marry Paris. In this scene, Juliet suddenly loses quite literally everyone in her life. Romeo leaves the Capulet house for the final time before figuratively reentering through the monument; while Juliet’s relationship with her parents has never been close, their sudden removal of support comes as a violent shock. Finally, Juliet is advised by her nurse to marry Paris, which is to her not only a betrayal of her love for Romeo but bigamy, a sin, of which she is acutely aware. Juliet seeks out her last connection to Romeo and finally getting the happy ending she so desires. It is a pivotal moment in the play and it’s easy to forget, in a play so full of poignant scenes. Juliet curses the nurse (“ancient damnation!”) who has betrayed her trust and their love, losing both her close parental figure, her actual parents, and her love in one scene. Our actors have been incredibly putting the scene on stage, and they’ll do a much better job acting it than I can do describing it with words. A week from tomorrow, they’ll take the stage to tell this remarkable story, and it’s something not to be missed.