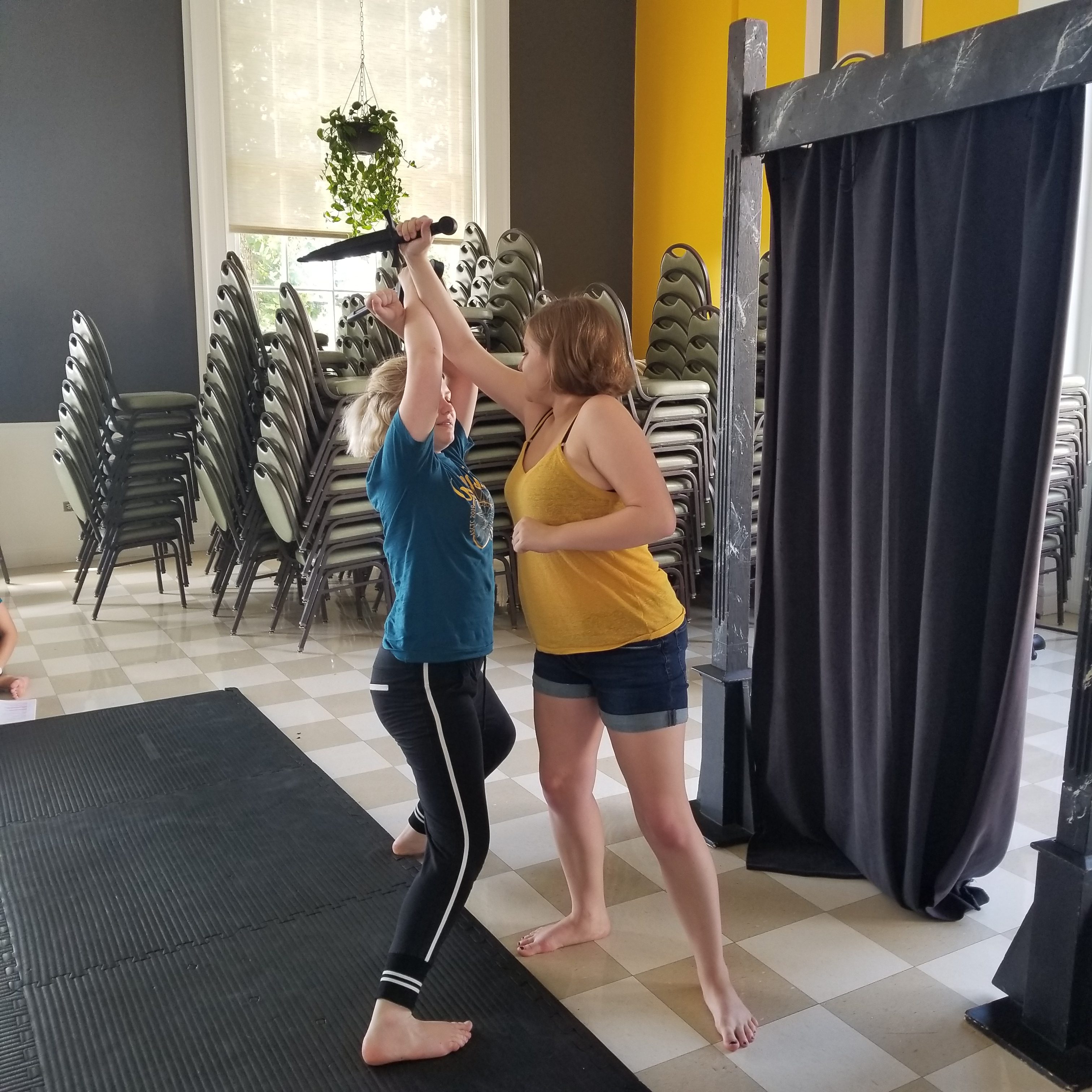 Photo of the Day: Eris and Stella learning the fight between Blount and Ratcliffe

This morning we started right off the bat with the beginnings of our fight choreography for the fights between Ratcliffe and Blount, between Richmond and Norfolk, and between Richmond and Ratcliffe. We wanted to get the fights in the campers’ bodies as soon as we could to get the fights safely up to speed by the end of camp. This was also a great teaching moment for all the campers that haven’t had experience in stage combat. We got to show them how professional actors block and practice fights. After that, we moved back in to blocking Clarence’s murder.

What would’st thou fellow, How cam’st thou hither?

A thing that I really love about our production of Richard III isn’t in the text but does show up during our representation of the battle of Bosworth field: the only reason Richard loses the battle is God. He is in every respect a better fighter than Richmond:Richard is a battle hardened veteran and a remorseless killer we have seen him fight for three plays by now. We know what he can do, whereas Richmond is new to battle, and we have never seen him fight. In our production, in every single engagement Richard gets the upper hand and then is reminded of the things he’s done, which causes him to lose focus and the advantage. Richmond wins only because he isn’t plagued with guilt, not because he deserves it or has earned it. It’s a hollow victory, and our staging shows that. So, this is what I learned today: the text gives us plenty of character development, but sometimes it takes a lot more than the text to tell the story of those developments.