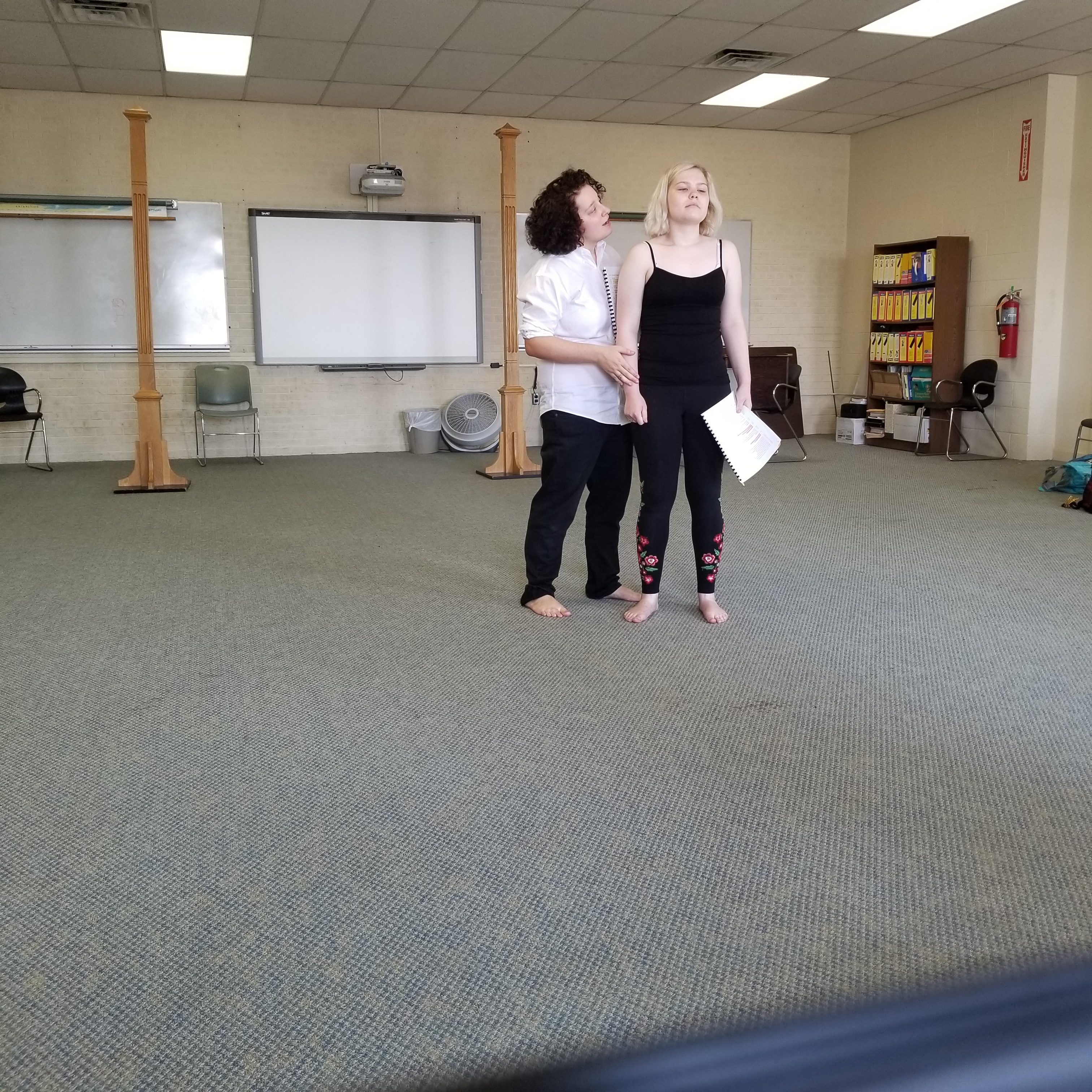 Photo of the Day: Leah and Eris working on intimacy during act 3 scene 4

We started by finishing work on the song and then moved on to working the rest of the scene with Richard and Elizabeth from yesterday. It is a very long scene so it took a while to get to the latter half where it is just Richard and Elizabeth talking, but that half was what we worked today. Lauren was once again called in to work on the creepy intimacy of this scene. In our production it is a truly cringe-worthy scene to watch, so I would say that the work that’s being done is quite good.

It cannot be avoided, but by this:

It will not be avoided, but by this.

Therefore deare Mother (I must call you so)

Be the attorney of my love to her

Today Grace and I did a lot of collaborative work. She, Lauren, and I all worked together to arrange and teach the show song. Grace and I also spent a large portion of rehearsal at Od Laundry (the costume stock the camp gets to use) pulling the last of the costumes for the show. The entire production team has gotten really close, and what I’ve learned from it is that to do a show well in a short period of time, you have to have a production team that not only has specialties that they work on alone—like dramaturgy and stage management— but at the same time each person individually also needs to be able, at any time, to do anything so that the rehearsal room can multitask. Any one person in a production team should be able to help with props, costumes, sound, text work, and so on.  Our team has that ability, and because of that I think we all work really well together.