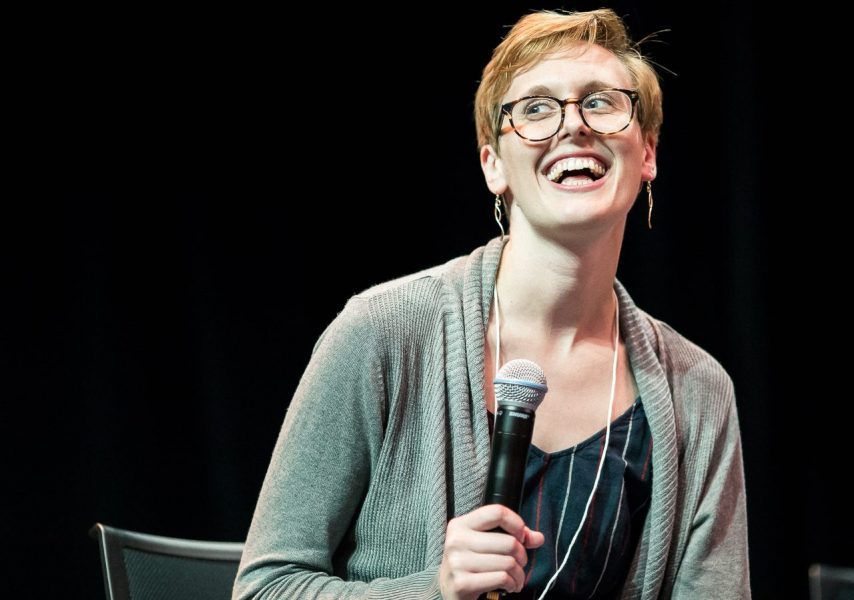 She is presented this award by LMDA for her work on Shakespeare’s New Contemporaries.

Anne G. Morgan, Literary Manager of the American Shakespeare Center (ASC), received the Elliott Hayes Award for Outstanding Achievement in Dramaturgy from Literary Managers and Dramaturgs of the Americas (LMDA) on Saturday, June 22nd. The award was presented at the annual LMDA Conference held in Chicago, Illinois. Morgan received this award for her work on Shakespeare’s New Contemporaries (SNC), a new play initiative by the ASC.

The Elliott Hayes Award recognizes excellence in dramaturgical work on a specific project over the past two years. Named in honor of Elliott Hayes, the former dramaturg and literary manager at The Stratford Festival, the award has been given out annually since 1999.
LMDA selected Anne G. Morgan to receive the Elliott Hayes Award for Outstanding Achievement in Dramaturgy for her work on Shakespeare’s New Contemporaries at the American Shakespeare Center. Launched in 2017, Shakespeare’s New Contemporaries is discovering, developing, and producing a contemporary canon of new plays that are inspired by and in conversation with Shakespeare’s work.

ASC produces two of these new plays a year, each performed in repertory with the Shakespeare script that inspired it. Playwrights whose scripts are selected for production are awarded a $25,000 prize. 2019 marked the premiere of the first two plays of the initiative, Anne Page Hates Fun by Amy E. Witting, and 16 Winters, or the Bear’s Tale by Mary Elizabeth Hamilton. Emma Whipday’s The Defamation of Cicely Lee and Keene by Anchuli Felicia King will premiere in 2020. The third cycle of play applications is currently underway.

Anne G. Morgan has spearheaded the SNC since she became Literary Manager at ASC in 2017. Before joining the ASC team, she served as the Literary Manager at the Eugene O’Neill Theater Center. According to Morgan, the task of putting Shakespeare’s plays in conversation with new voices is a thrilling undertaking.

“Shakespeare’s New Contemporaries was born of a premise simultaneously radical and straightforward: that the tools that Shakespeare had when he was writing his plays and the influence that those plays have had since could be used to amplify the skills of today’s living writers and begin to establish their own dramatic legacies,” said Morgan.

The Elliott Hayes Award is presented each year at the annual LMDA Conference. Winners are given $1000 and a travel stipend to the following LMDA conference. Award recipients must apply and are then chosen through an anonymous evaluation process. There is just one project selected for the award each year.

Morgan expressed appreciation, saying: “I feel so fortunate to have been empowered to do this work, proud of what we’ve accomplished so far, excited about what’s ahead, and grateful to LMDA for this award.” 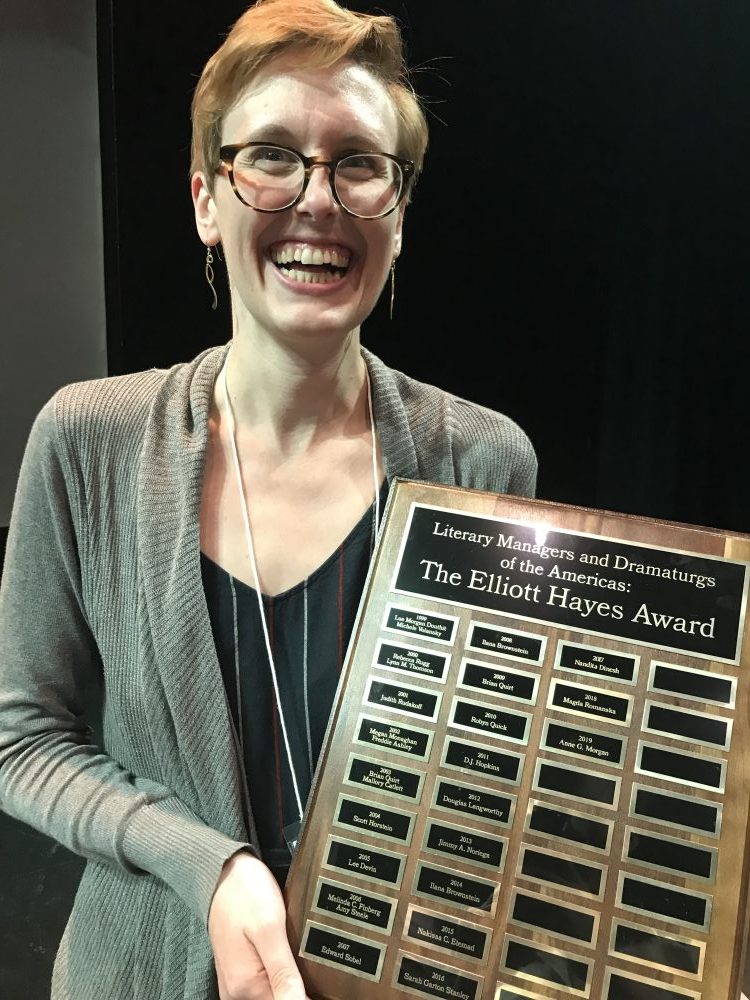 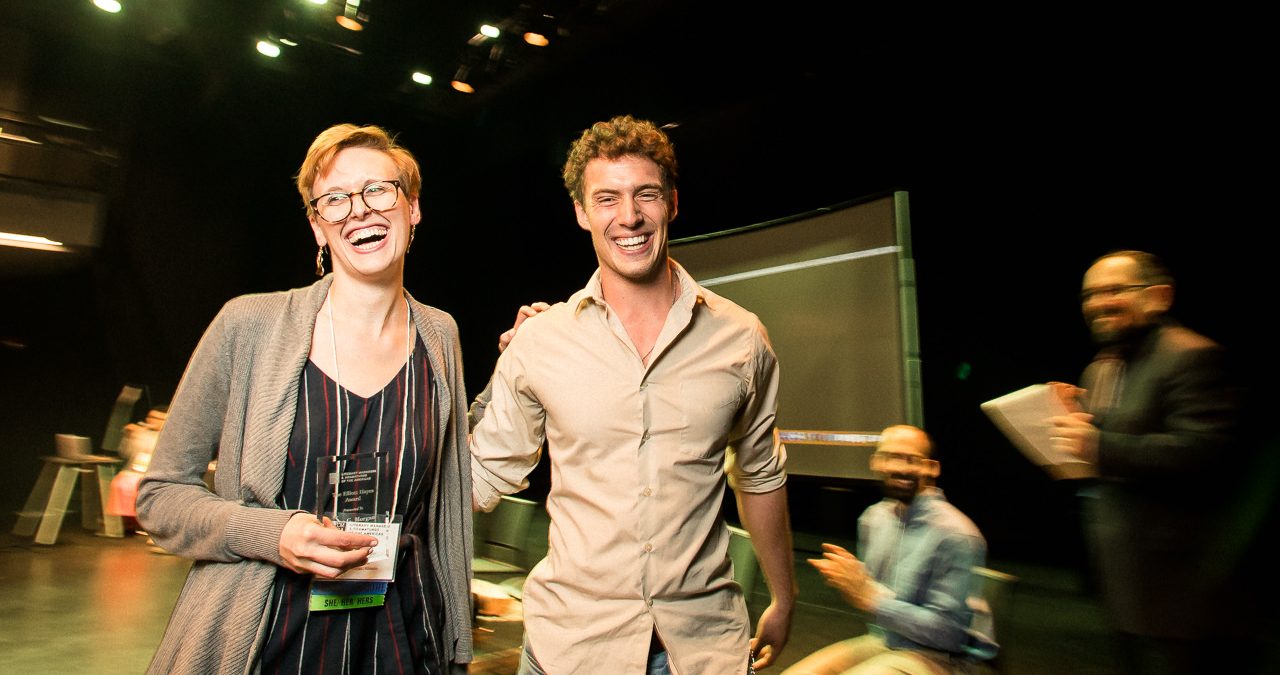 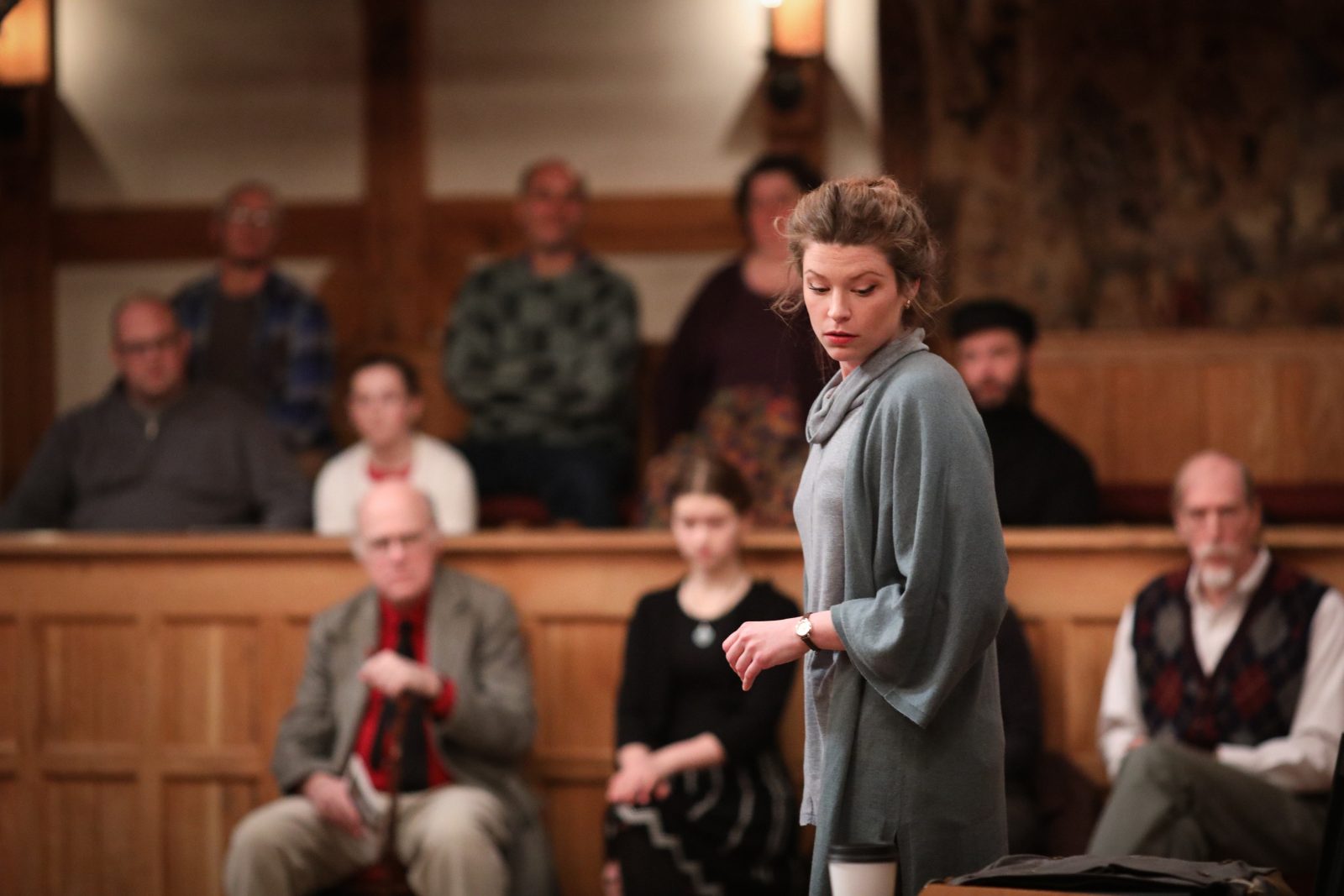 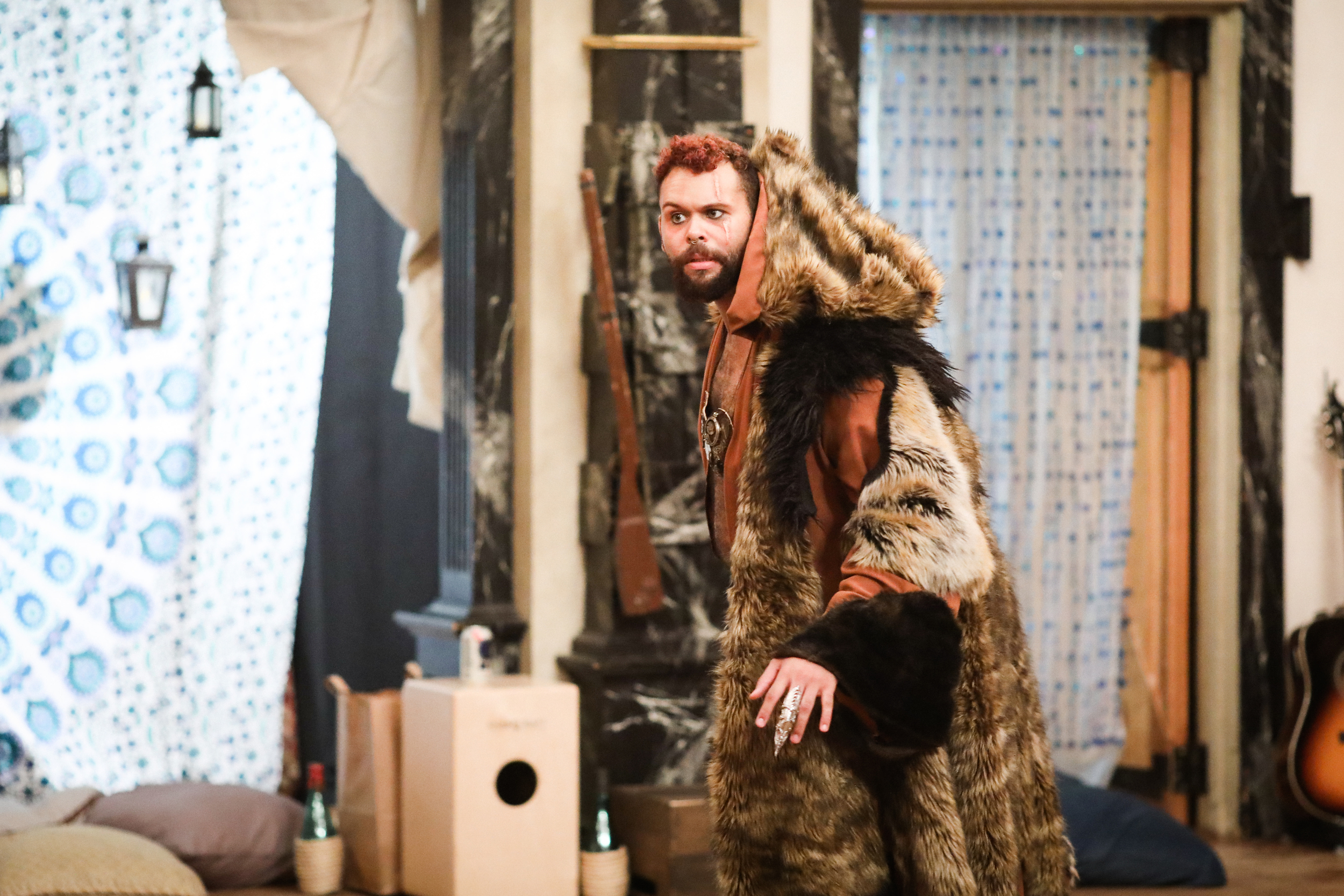 A still from 16 Winters, or the Bear's Tale by Mary Elizabeth Hamilton, Shakespeare's New Contemporaries winner.

Apply for the next round of SNC here.