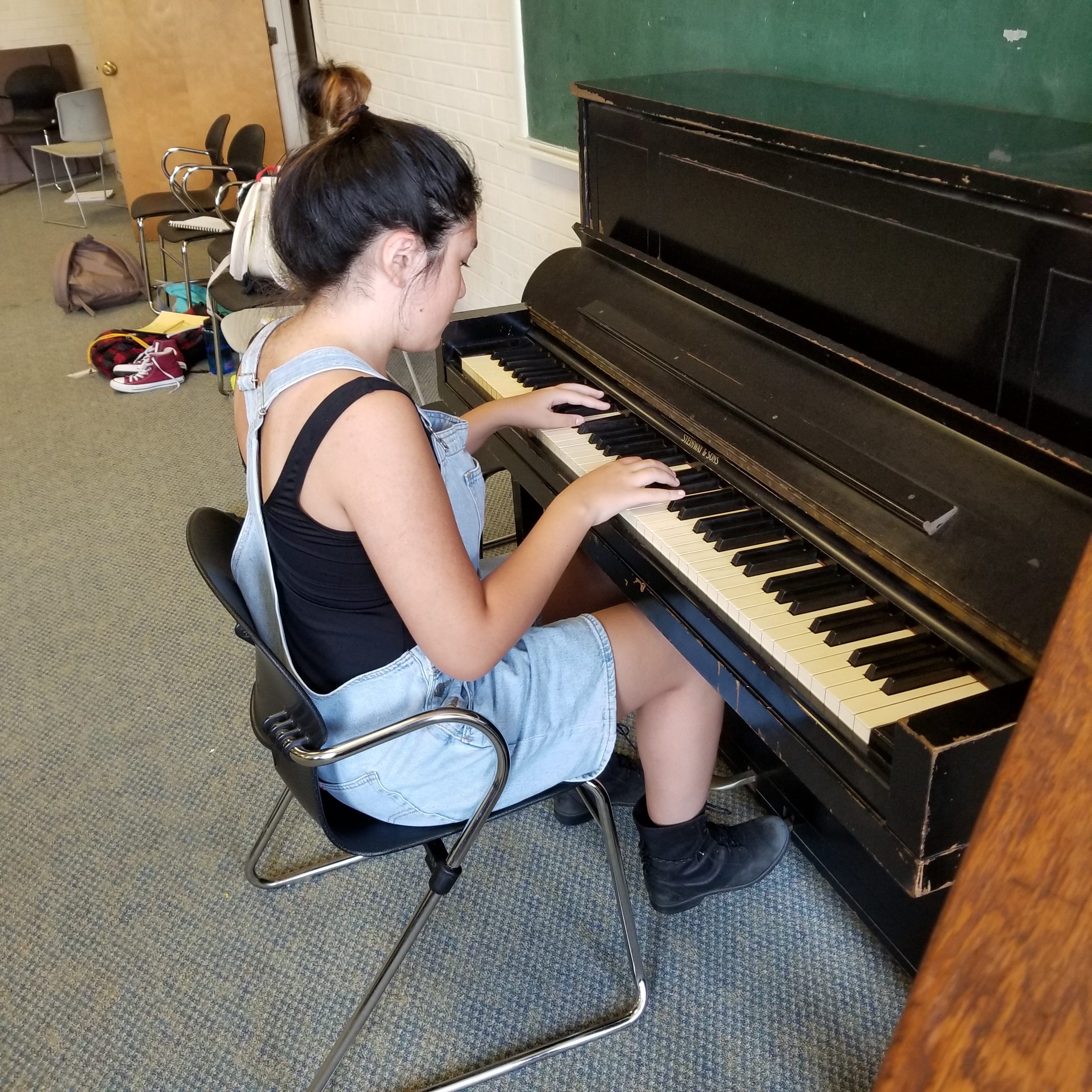 Photo of the Day: Sakura playing piano for our coronation of Ricahrd

Today was our last day in Grafton, and we used it to work our fights for a while, add some ghost moments we hadn’t blocked yet, and block the pre-show song. Our pre-show is pretty cool: we’re using it to do a little bit of backstory for the play by showing Edward IV’s coronation and a few other tableaux about the characters’ relationships with each other. It should be great for those who haven’t read or seen the previous three plays.

The day is ours, the bloody dog is dead

Proclaim a pardon to the soldiers fled

At the end of our production, we have a choice to make based on our fight choreography: do we want Richard to have a hand in his own death or do we want him to simply let Richmond kill him? Although it may seem like a small difference, it changes a lot about our interpretation of Richard. Either way, Richard gets one last victory, even though he doesn’t win the war. The difference is that if Richard has a hand in his own death, he keeps complete control his whole life. If he lets Richmond kill him, he’s realized that he has lost the war and decides in that moment to give up the control he has had the whole play. I can see it as a good choice both ways. If he never loses control, it’s very in character for Richard, in that he always wants to be one step ahead of everyone. If he does lose control, it shows that he knows he has lost and that he can give up the fight now. This is something Matt has to decide with Leah based on his vision for the show, but it’s a choice I’m very interested in.