2. Where was the play first performed?
The first performance may have been at a nobleman’s estate in honor of a wedding, but the play certainly appeared at the Theatre and later at the Globe and probably the Blackfriars.

3. How does this play fit into Shakespeare’s career?
Toward the end of his early works, probably after Romeo and Juliet, which he lampoons in Pyramus and Thisbe, the play the “hard-handed men” perform before Theseus and Hippolyta “on their wedding day at night.”

4. How is this play like Shakespeare’s other plays?
As in his other early comedies, you’ll find rhyming lovers, sexual confusion, a comic subplot, and a happy ending.

5. How is this play unlike other Shakespeare plays?
Shakespeare didn’t avoid the supernatural. He put some demons in The First Part of Henry VI, some dream ghosts in Richard III, some real ghosts in Julius Caesar, Hamlet and in Macbeth, which also features the Witches. He didn’t mind calling in an occasional god from the machines— Hymen, Time, Jupiter, Diana — and Prospero enlists Ariel, his personal genie, to run his island in The Tempest. But the play in which  Shakespeare goes full Disney is A Midsummer Night’s Dream, where he creates an entire fairyland.

6. What do scholars think about this play?
Even famous grouch Harold Bloom declared it Shakespeare’s first “undoubted masterwork, without flaw.” Other scholars like it, but with less proclamation. Few dislike it, and my advice to those few is that they go see it and watch the kids in the audience; they become instant Shakespeareans. Take it from someone who saw an outdoor production when he was five years old: A Midsummer Night’s Dream is the gateway drug to a love of theatre.

7. How does the play speak to our contemporary world?
In a divided time, the play reminds us of the joy of a collective imagination, of the fun of being amazed together, and of the value of laughing at ourselves, with—instead of at— one another.

8. What scene should I especially look for?
The scene in which the “rude mechanicals” meet to rehearse their play is not only funny, it’s also the closest we get to seeing what a rehearsal might have been like in Shakespeare’s day. No, probably the scene in which the Queen of the Fairies falls in love with a bewildered, ass-headed weaver. Or maybe the scene in which Hermia and Helena go from best friends to ultimate enemies. Just look anywhere in this play and
you’ll find rich merchandise in a perfect trifle.

9. What characters should I especially look for?
Bottom. The embodiment of imagination—of course he wants to play all the parts.

10. What is the language like?
When well spoken, a buffet of desserts. 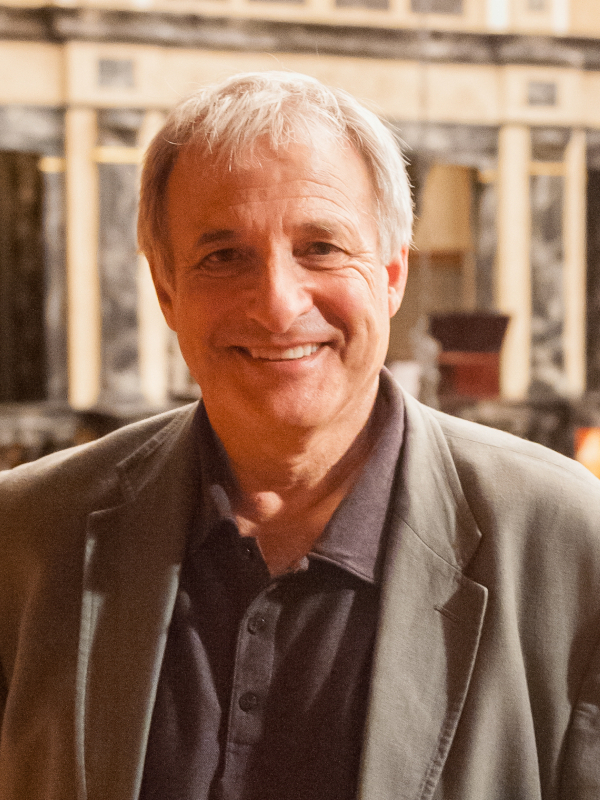 In 2001, he established the Blackfriars Conference. He has received numerous awards and fellowships including the Governor’s Arts Award with ASC Co- founder Jim Warren (2008), the Theo Crosby Fellowship at Shakespeare’s Globe in London (2009), the Folger Shakespeare Library’s Shakespeare Steward Award (2013), and the Globe’s Sam Wanamaker award — the first American to receive this honor (2014). He earned his undergraduate degree at Dartmouth College and his doctorate at Duke University, where he received the outstanding alumni award in 2016