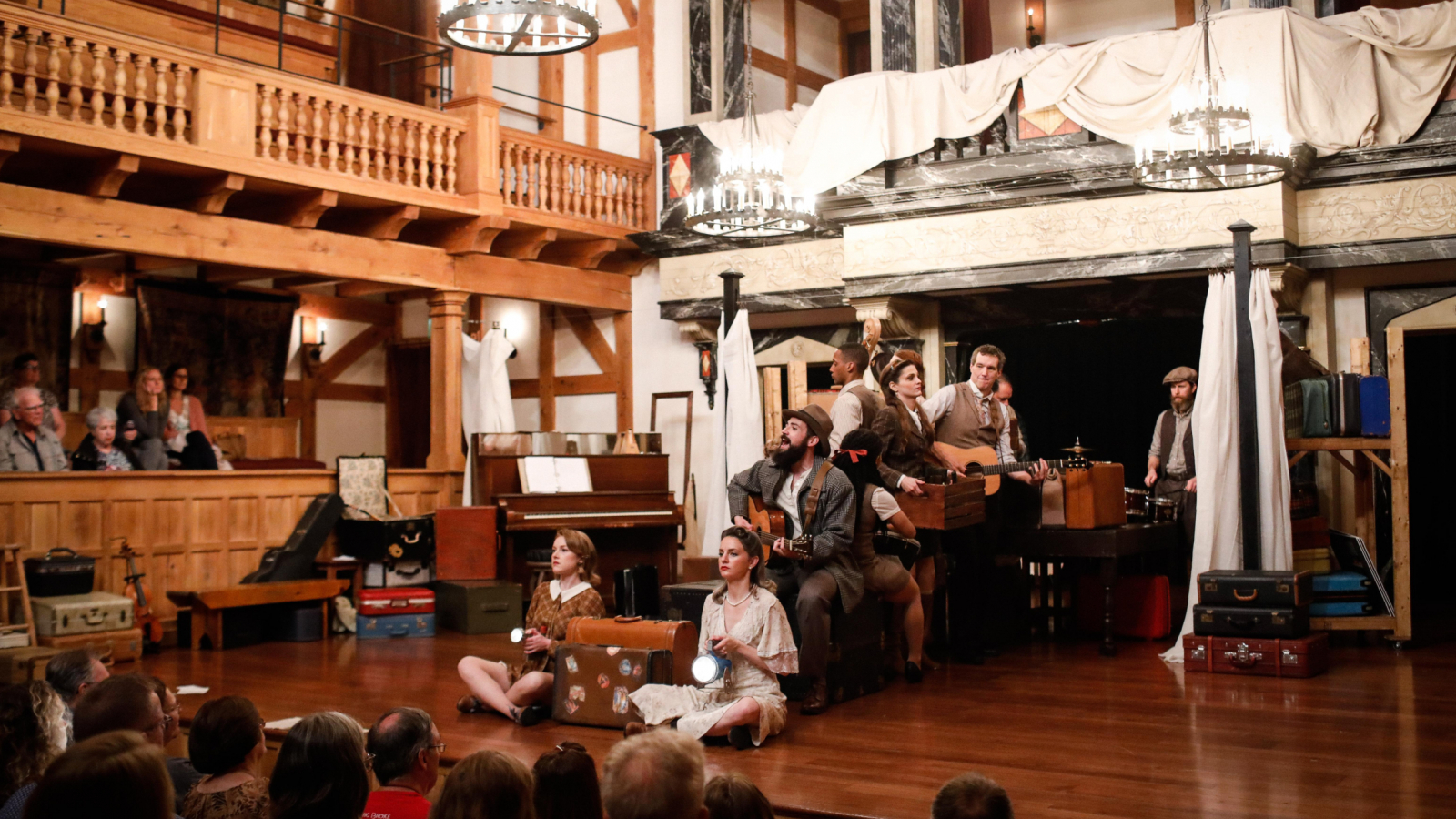 “Out of dozens and dozens of plays and musicals, these deserved the hottest spotlight…” – The Washington Post

Washington Post theater critic Peter Marks named our world-premiere musical The Willard Suitcases one of his top 10 plays and musicals of the entire year — alongside productions from around the country such as What The Constitution Means To Me and Lin Manuel-Miranda’s Freestyle Love Supreme.

What did he have to say about The Willard Suitcases?

“Sneaking onto the list from its perch in a Shakespeare theater in the foothills of the Shenandoah, this new musical is based on composer/lyricist/book writer Julianne Wick Davis’s inspired notion: to build a cycle of songs out of the suitcases left behind by inmates in a shuttered asylum for the mentally ill. The imagined owner of each suitcase gets a song, in a world-premiere production at the American Shakespeare Center in Staunton, Va., staged by artistic director Ethan McSweeny. As actors accompany them on piano and guitar, the singers unspool their stories of fragile minds and cast-aside lives. The spell it casts is beguiling.”