Why either were you ignorant to see’t,
Or, seeing it, of such childish friendliness
To yield your voices? — Sicinius, Coriolanus (2.3)

Welcome to 2020. It’s an election year in America. Whatever your political views may be, one thing is clear: America has a choice to make. Whether our founders intended it or not, we have a two-party system these days, so our choice seems to be between two sides moving ever further away from each other.  But we have a different choice to make first, long before we reach November: the choice between action and inaction. As the pressure builds and temperatures rise on all sides, I urge you to keep this first, fundamental choice in mind, and to consider the theatre as an analogous (and cautionary) tale about the rewards of inaction.

Humans have a long and rich tradition of comparing politics to theatre. It’s a natural comparison to make: both have their foundation in Ancient Greek tradition, both involve performing for the public in one way or another, and we tend to use a lot of the same vocabulary for both. Candidates “enter the scene” to announce a bid for office and “bow out” of a race they can’t win; hot-button issues appear “front and center” or wind up in “the spotlight”; the results of an election may promise to “usher in” a new era or “set the stage” for something else; and absolutely everyone has a “role to play.” But the #1 thing they have in common is — or used to be — participation between actors/politicians and audiences/citizens. Both have moved away from their communal, participatory roots towards an exclusionary, observational model we now accept as being (and therefore having always been) “normal.”

We accept this more easily (and less catastrophically) in the theatre. According to contemporary convention, the primary function of “normal” modern theatre audiences is to passively observe a performance as a spectator. But the same idea is harder to stomach in a political context, where the primary function of “normal” modern political citizens is ostensibly to actively influence policy as a decision-maker. But as Jeffrey Green writes in his book The Eyes of the People, our modern political system is hardly the robustly participatory give-and-take we may idealize it to be.

Green draws a distinction between two models of democracy: vocal and ocular. The vocal model privileges the “voice” of the People in the form of a decision, or “expressive determinations, like voting and public opinion, that pertain to what a polity should do” (8). The ocular model, on the other hand, privileges the “gaze” of the People in the form of their attention, recognizing that few (if any) have the ability to contribute anything else. We like to think we have a vocal democracy that, while flawed, is nevertheless rooted in the ancient proverb vox populi, vox Dei (the voice of the people is the voice of God) and preserves that mode of citizen-driven action above all else. Green’s book asks us to face, instead, the ocular proof of our reality:

The fact is that for most of us, our political voice is something we exercise rarely if at all: in periodic votes, the occasional poll, and perhaps also in pursuit of a particular issue that galvanizes us. … [T]he vast majority of our political experience, whether voter or nonvoter, is not spent engaged in such action and decision making, but rather watching and listening to others who are themselves actively engaged. … That is to say, most citizens most of the time are not decision-makers, relating to politics with their voices, but spectators who relate to politics with their eyes (4).

This is a problem, especially considering how little cross-pollination we have today between citizens who have the option and opportunity to become “decision-makers” (a very privileged few) and those who are stuck in the permanently silent role of “spectators” (the rest of us). How did democracy go from its egalitarian roots in Ancient Greece, where “the spectating citizen could easily step forward and become a political actor,” to the modern gridlock we have today, where “most political spectators are addressed by political messages in ways that make it impossible to respond directly and extremely difficult to respond at all” — unless you count “shouting at Alexa” as a response (Green 8)? I don’t know, but I do agree with Green’s general observation that mass media — photography, television, Twitter, etc. — probably has something to do with it. Which brings me back to the theatre, and the problematic “politics as theatre” metaphor.

We may not be aware of how little participating we do (or are able to do) in our modern political process, but we have certainly acknowledged the newly observational model of playgoing. Humans have been practicing theatre for thousands of years, but only in the last few centuries has it become a passive spectator sport for the masses, practiced only by a privileged (and protected) few. I blame the advent of gas lighting in the 19th century for this change, which let theatres “turn off the house lights” and plunge audiences into darkness while keeping stages — and the actors on them — brilliantly lit. The divide between actor and audience only widened from there. In addition to removing the audience’s visibility from the actor, the advent of film and subsequent rise of mass media also eliminated the need for both parties to share the same space at the same time by removing the actor’s physical presence from the audience. We’ve become used to it, however, and no longer realistically expect the actors on the screen to respond to the directions we shout at them from the comfort of our couches. We understand and accept that we are powerless to influence their actions. We know we are shouting purely for our own satisfaction. We shout anyway. Maybe we shout louder.

Is this what passes for participation in modern politics, too? Shouting into an unreachable void purely for our own satisfaction, spurred rather than spited by the knowledge that nothing we’re doing will change the outcome? If we are, we should strive to understand why (as Green is doing with his ocular model of democracy) — but we should by no means accept it. Without an active voice in the political process, can Americans truly say we live in a democracy? Perhaps not, but where on earth do we even begin to change that?

I don’t know, but it wouldn’t hurt to start in the theatre. After all, the “model of the passive spectator, as an individual boxed-off from the performance, is excessively pessimistic and in fact ahistoricises a model of theatre that only became the norm from the 19th century and remains heavily contested. Indeed, an excavation of the history of theatre reveals the variety and fluidity of spectatorial possibilities and positionalities” (Ryan and Flinders, 2017). We have more theatrical agency than we think we do; we simply have to decide to use it again.

This year, let’s reclaim an active mindset of choice – in our theatre as well as our politics. We can choose to support participatory models of both by getting involved in community-centric action. Donate to a campaign that gives you hope. Support your local high school drama program. Go to the movies and shout at the screen and know that even if the actors on that screen can’t hear you and won’t respond, the people sitting next to you certainly can and just might (so choose your movie with care; I recommend Cats). Reclaim your voice in one mode and you just might remember you have one to use in others. Disengagement is the death of discourse, and discourse is vital to a healthily vocal democracy.

Green’s ocular model is meant to acknowledge how far the reality of our modern political system has moved from its ancient, vocal ideals — which is significant, but not total. We still have voices, even if we seem to have forgotten how to use them effectively. We won’t solve that problem overnight or in the course of a single presidential election, no matter how sensational. But we can start leading the way back now by excavating our voices and re-asserting our right to participate actively by making decisions — or at least a decision.

Green, J. (2010). The Eyes of the People: Democrazy in an Age of Spectatorship. New York: Oxford University Press. 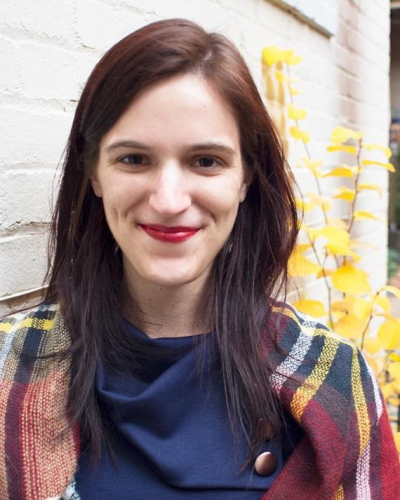