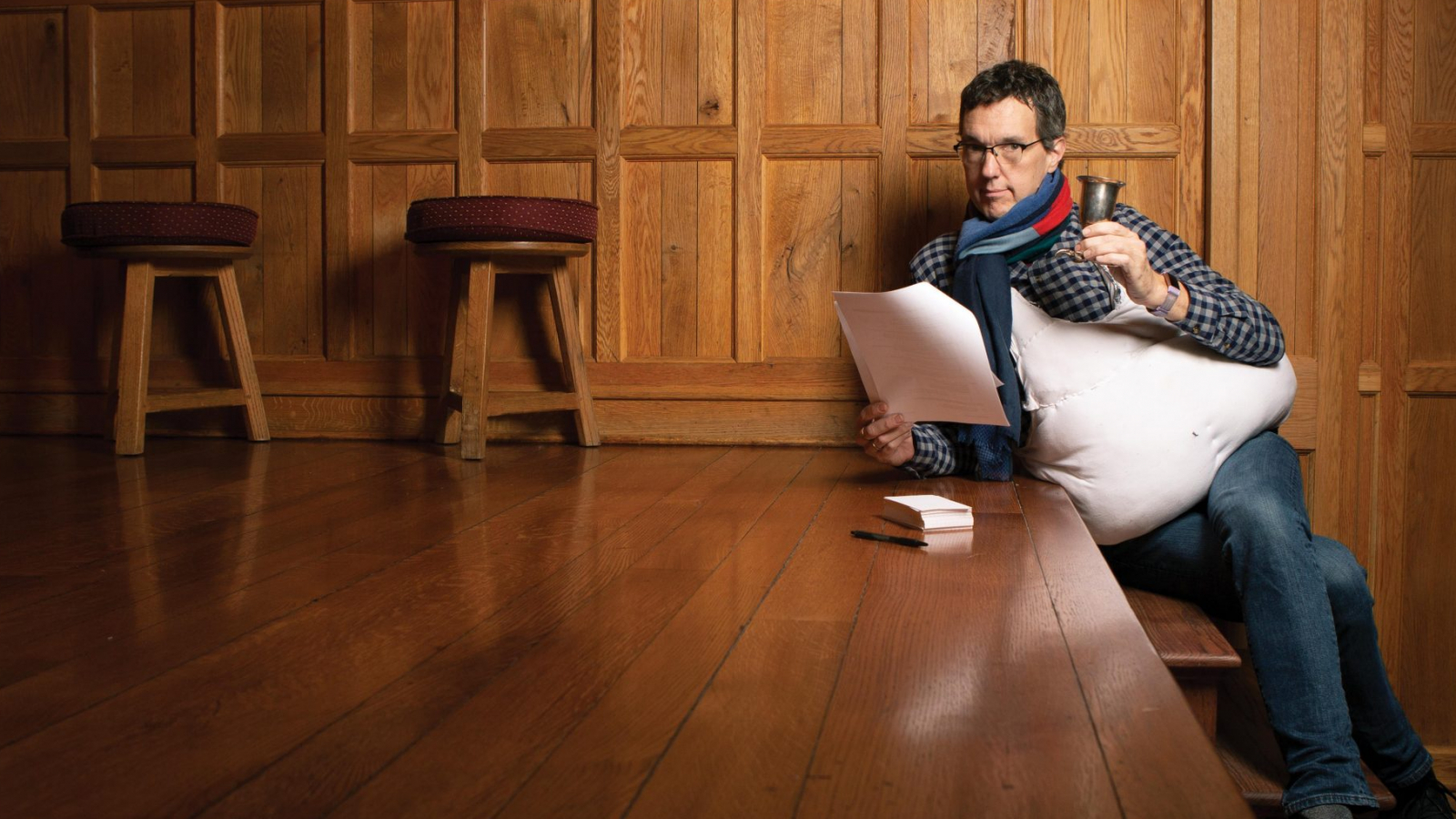 To compete with one another, London’s Early Modern theatre companies had to feed the public a constant diet of new titles. The average “run” of a single play was no more than two days before a company replaced it with another, but the company would keep the play — if it pleased — in its overall repertory and revive it for short runs over the years. This process required a durable ensemble of actors who had together created the original production of the play — a circumstance rare in today’s theatre world. Rare, except here at the Blackfriars, where our ensemble of experienced actors collaborate in creating the shows in our Renaissance Season. This year, for the first time, we are using this advantage to experiment with the Early Modern tradition of revivals by restaging last year’s production of Henry IV, Part 1, and pairing it with its sequel Henry IV, Part 2. In doing so, we will not only be able to give you these two great plays in the same season, but also to recreate the circumstances that made the stage in Shakespeare’s age so productive.

Born of an experiment to bring Shakespeare’s performance conditions into our rehearsal hall, the Actors’ Renaissance has become a hallmark of ASC’s unique blend of scholarship and practice. It’s our deepest dive into the Elizabethan era, and in doing it we continue to make discoveries about how things might have happened in the original Blackfriars Playhouse. Here are the basics: A 12 to 15 member acting company composed entirely of ASC veterans performs four plays in rotating repertory, rehearsing each of them in 10 days or less, without directors. Decisions about setting, music, props, and costumes are made by the company collectively and individually, accessing ASC’s stock of clothes, swords, and furniture.

Nothing empowers the actors more than being given the reins. We’ve practiced this way for fifteen winters now, and it has created some of our most memorable productions (for good and ill)!

In the absence of copiers and printers, actors were provided scripts with only their lines, and with three or four words before each speech—their cues. They relied on listening to each other closely on stage to hear their cue.

NO DIRECTOR, NO DESIGNERS

Actors assembled the play and chose their own costumes from what was on-hand, often discarded clothing from their supporting patrons. Scenery? That’s taken care of by lines like, “This is the forest of Arden.”

The playwright fed off the actors’ questions, feedback, and performance to hone the text. This closeness between playwrights and actors may be why so many plays were written between 1580 and 1642 (when the Puritans — boo! — closed the theatres).

Our self-termed “Ren Run” approximates what might have happened in the early stages of Shakespeare’s short rehearsal process where actors run through the play, inventing and improvising as they go. Want to see it in action? Check out A Chaste Maid in Cheapside.