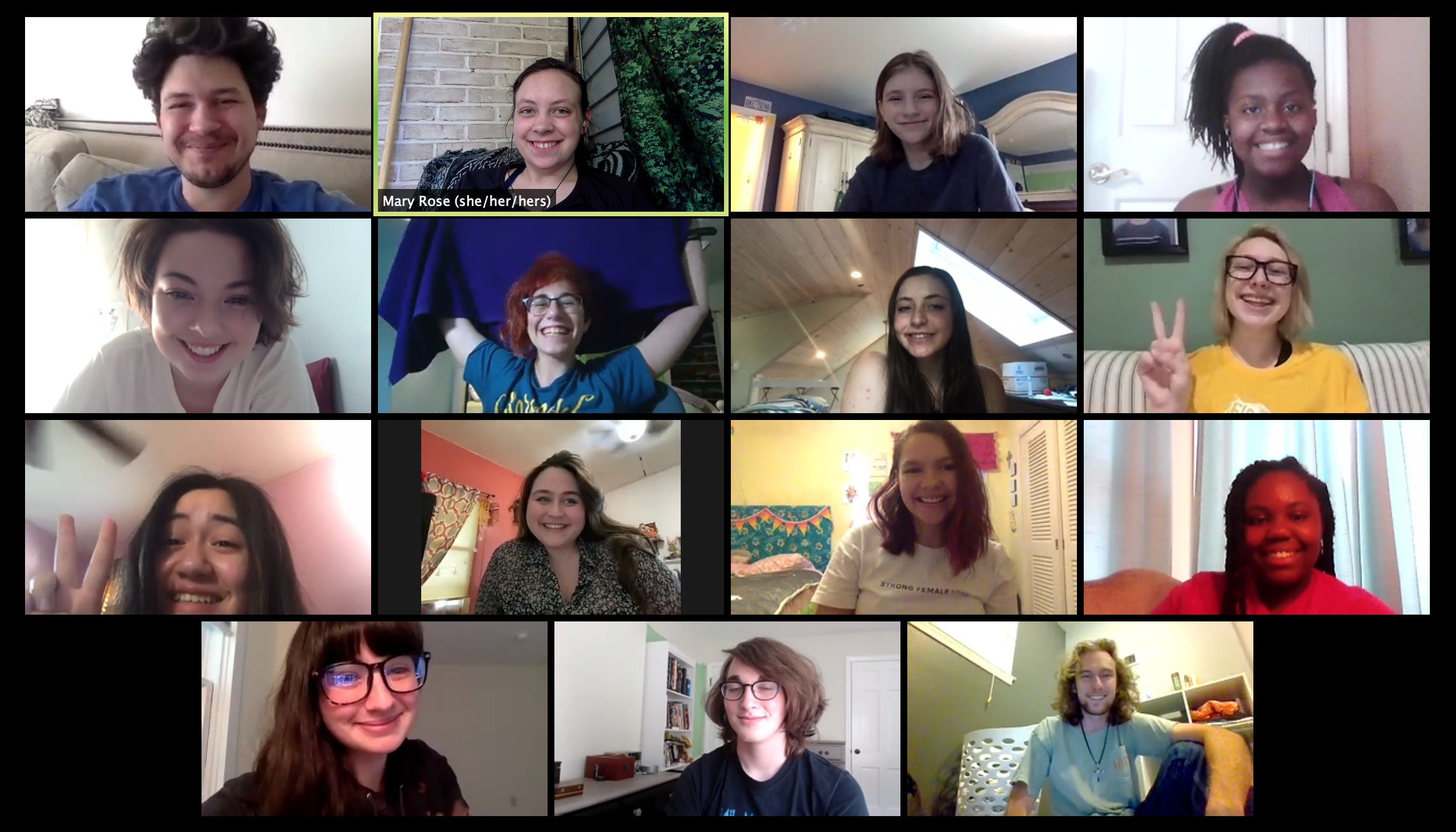 We finished filming yesterday, so today was a day of closure for the cast. Back before June, when we still thought we might be able to have in-person camp, the directors and dramaturgs worked on a one-hour cut of each show for the Blackfriars stage. Over the past three weeks, our campers got really attached to the plot and characters. We were so glad to be able to embark on that journey with them one last time (before our showcase on Monday night).

The cast had three weeks to get attached to these characters. However, the audience gets less than 40 minutes. The goal for the actors, in my opinion, is to make sure the audience feels that attachment within the limit of the presentation (so that we can rip it away at the end when the characters die). The cast is so amazing and their performances were so passionate. It has been so wonderful to work with these genius teenagers. I’m not really old enough to say this with authority, but they give me hope for the future. Campers, don’t ever apologize for taking up space and for speaking out. Your future is bright, not because of luck, but because of your enthusiasm, your passion, and your drive. I love you all so much, and I hope to see you in person next year.