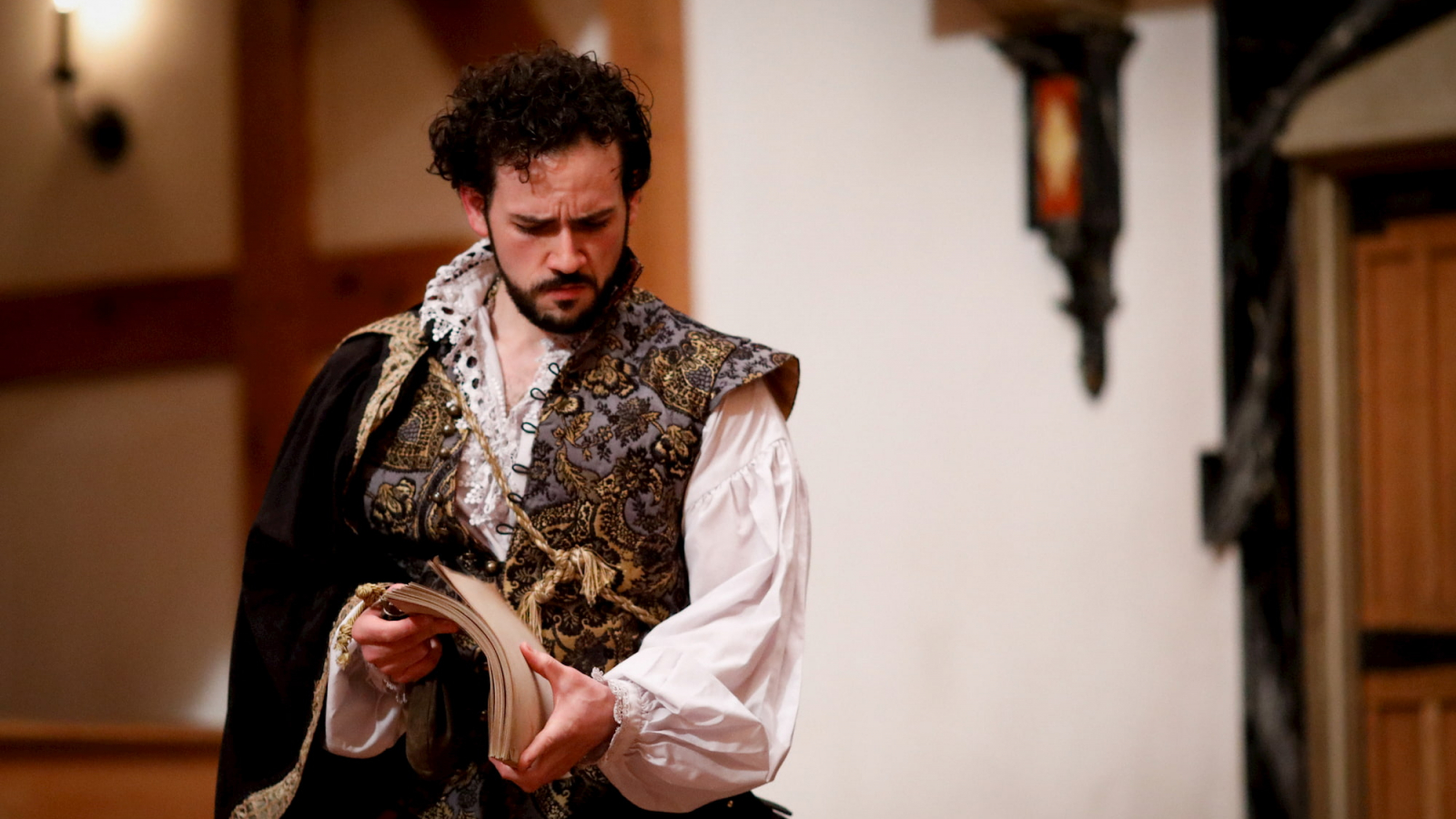 One of the ways that Shakespeare’s New Contemporaries continues Shakespeare’s legacy is by asking playwrights to respond to an influential artist. Shakespeare continually repurposed existing tales to make engaging, immersive theater–and he was a literary magpie: he mined history, narrative poetry, popular music, fictional prose narratives, and drama to fuel his creative process. Contemporary artists across a variety of media have likewise allowed Shakespeare to inspire their work; they’ve used their talent and skills to transform his words. Below, we’ve listed a few ASC fan favorites that, together, show the variety of ways that artists of the last century have made Shakespeare their own.

Sassy Gay Friend. What, what, what are you doing?

I love the linguistic and visual layers to “Dear Mr. Shakespeare” by Phoebe Bosewell, and I think it really gets at the complicated nature of engaging with Shakespeare today.

“Prince Hal’s Dirge” by Loudon Wainwright III. I imagine Shakespeare would have loved the song’s final line: “If I vomit, keep me off of my back.”

The score of West Side Story by Leonard Bernstein. The words pale in comparison to Romeo and Juliet, but the music is thrilling.

I’m a true child of the 90s. My favorite Shakespearean riff…has to be 10 Things I Hate About You, loosely based on The Taming of The Shrew. It follows the rough outline of Shakespeare’s play and offers some nerdy puns (read: Stratford sisters) without attempting a dogmatic, line-by-line “translation.” It’s fun, funny, and heartfelt without cloying, in that naive way that only the 90s can deliver.

Mean Girls or 10 Things I Hate About You. I like how both place women front and center, how the latter wrestles with a difficult title and, while honoring it, makes it palatable.

Shakespeare in Love, 1998. I am a huge fan of romantic comedies, and the way that Tom Stoppard mixes those two adjectives together is really inventive compared to other examples of the genre. Plus, how can you beat this cast?!? And the costumes?!?! JOSEPH FIENNES IN EYELINER?!?!?

Omar, Hany Abu-Assad’s Oscar-nominated tale of young love in the Occupied Palestinian Territories. The film, inspired by Othello, substantially remixes the elements of its source material to create a thriller that is also a visually stunning meditation on trust, community, and personal identity amidst political struggle.

Jeannette Winterson’s The Gap of Time is a stunning “cover” of The Winter’s Tale. I find it apt that Hogarth Books (which commissioned the novel as part of their Hogarth Shakespeare project) calls it a “cover” rather than a novelization or an adaptation. Like a cover of a great song, in this novel the melody is similar to Shakespeare’s, but the riffs and the voices layer and complicate it. It reminds me why I love The Winter’s Tale, and it reaffirms my faith in the transformative power of words.

I have a personal interest in [riffs that are] mimicking or paying tribute to Shakespeare’s style while pulling from other sources,  a la The Empire Striketh Back.

The Story of Edgar Sawtelle by David Wroblewski. The Mousetrap with dogs. Hamlet is mute. Compelling and heartbreaking take on Hamlet.

Charles III, because I find it interesting how it’s a continuation of what [Shakespeare] himself did.

Une Tempête (A Tempest) by Aimé Césaire makes explicit the colonial assumptions within Shakespeare’s The Tempest: Caliban becomes an enslaved Black inhabitant of a mysterious island who resists the linguistic and cultural incursions of his imperialist white master. I love the play for giving Caliban a name and a voice distinct from the one that the colonizers endow him with–and which he uses to advocate for the land and for himself.