Back at the University of Wittenberg for the fall semester, Denmark’s Prince Hamlet finds himself in the center of a debate between two of his professors, the aggressively spiritual Martin Luther and the lewdly logical John Faustus. Like Stoppard’s Rosencrantz and Guildenstern are Dead, Davalos’s 21st-century comedy explores the issues of faith and skepticism with a wickedly modern sense of humour in this prequel to both Hamlet and Doctor Faustus. 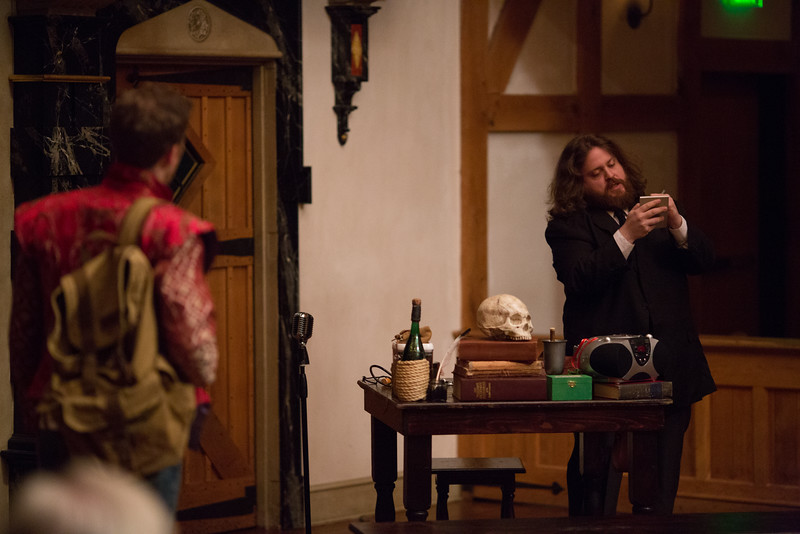 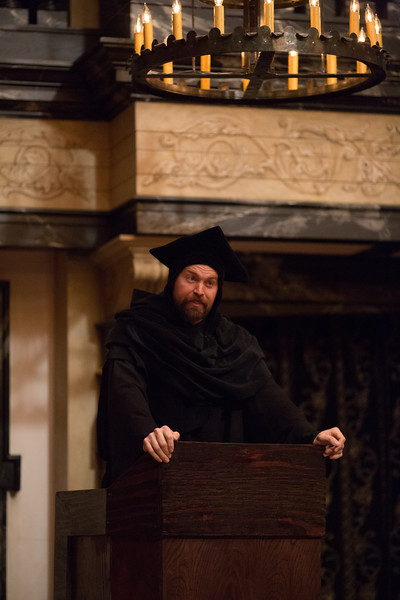 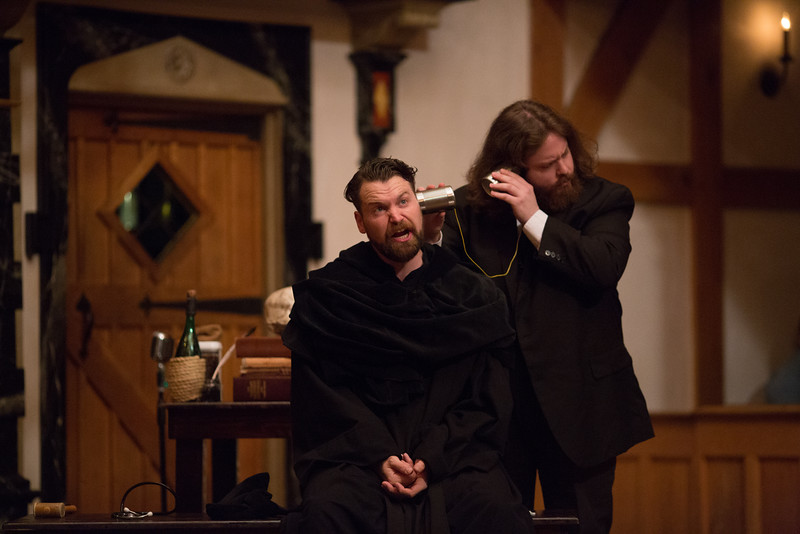 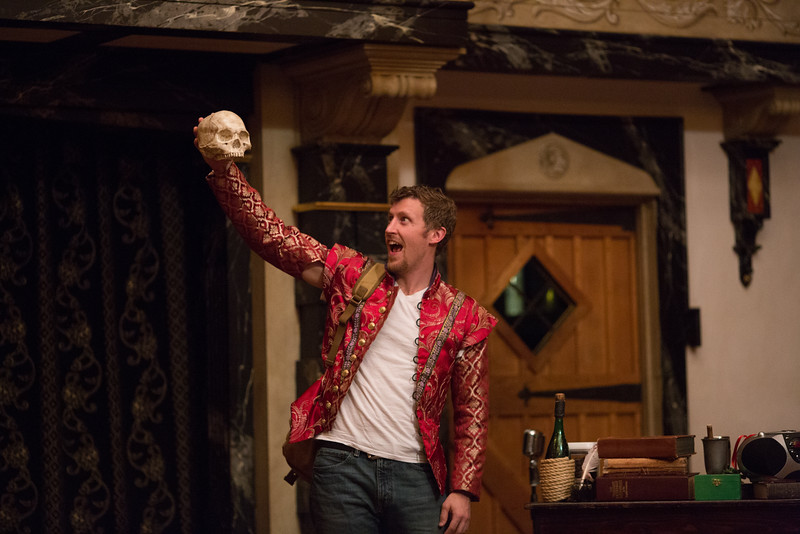 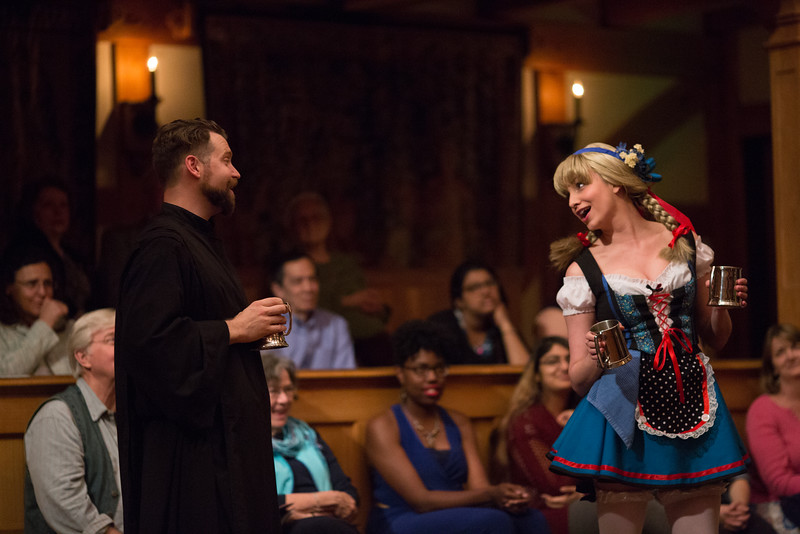 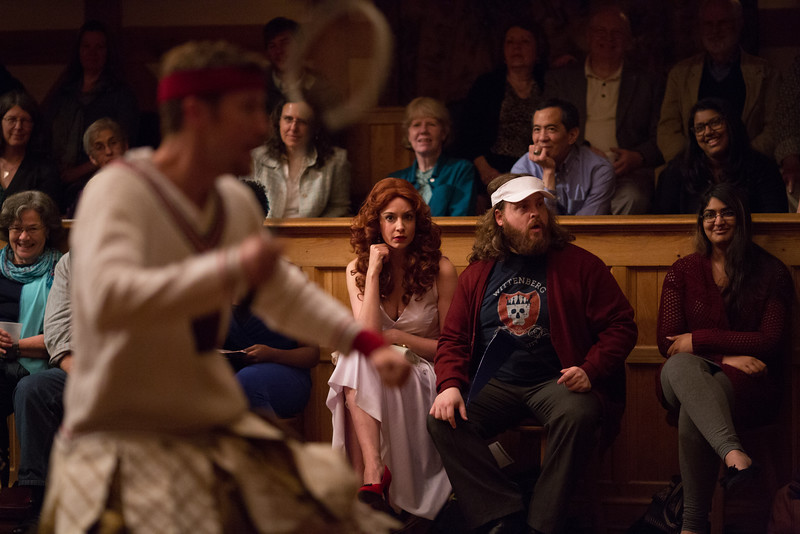 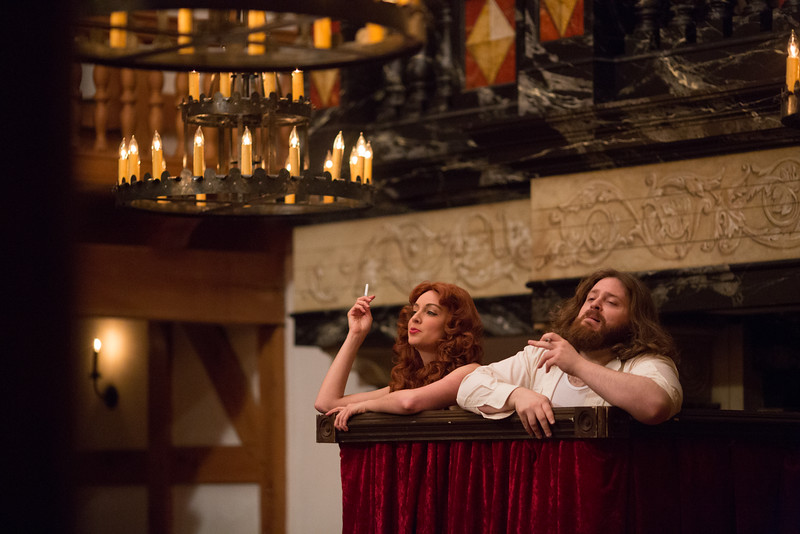 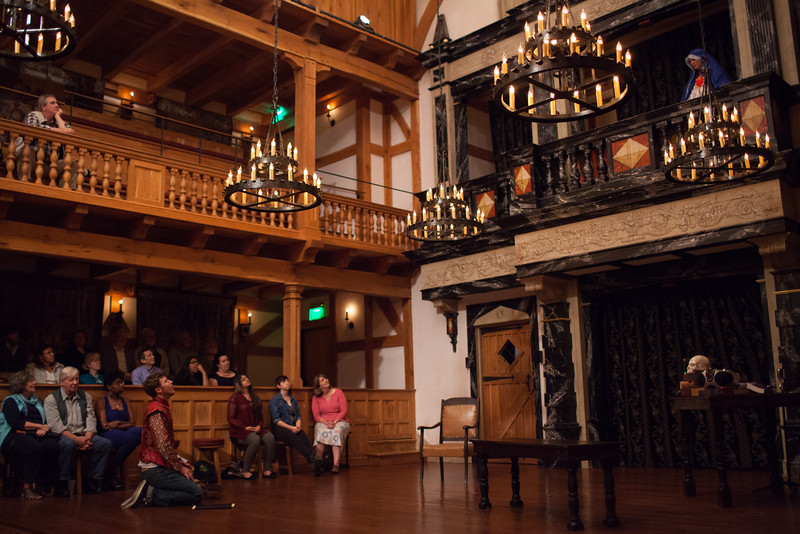 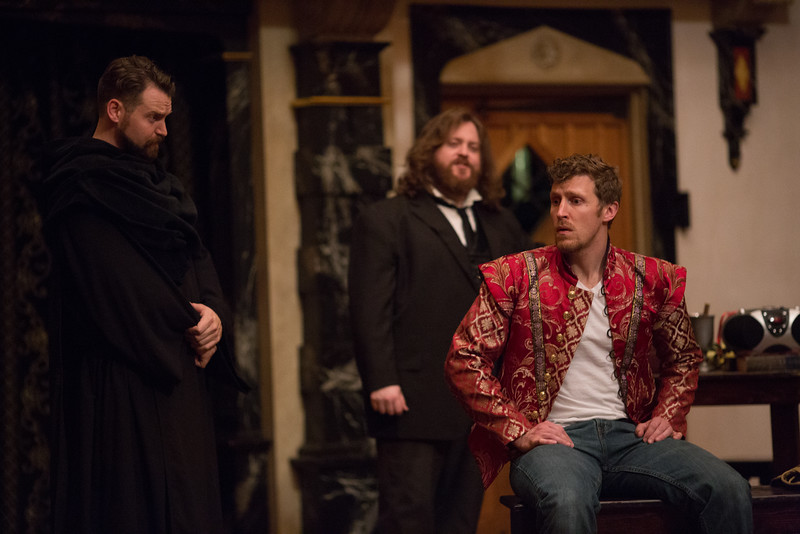 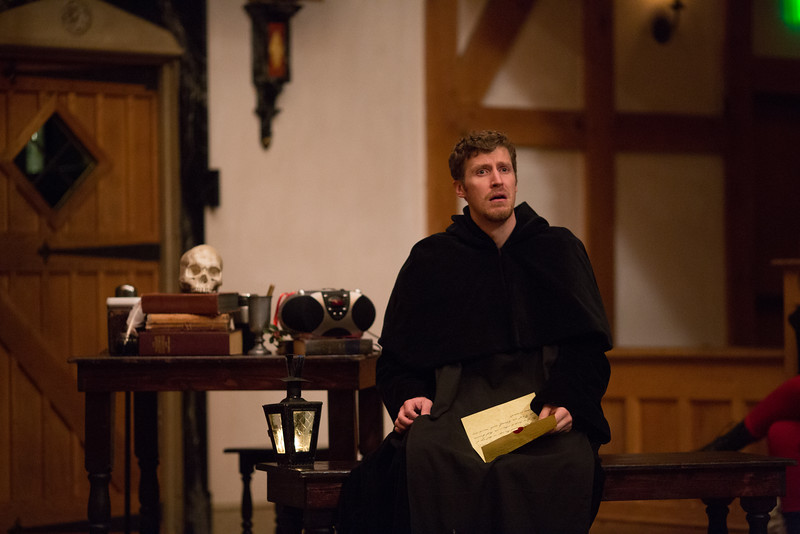 The Time Invites you

1480-1541: the life of Geogius of Helmstadt, a physician, doctor of philosophy, doctor of theology, alchemist, magician, astrologer, then possible teacher at a university in Wittenberg, the adopts the latin nickname Faustus (Fortunate); Martin Luther’s followers give Georg the apostolic name John

1517: Martin Luther nails his Ninety-Five Theses to a door in Wittenberg

1592: probable first performance of Christopher Marlowe’s Doctor Faustus by the Admiral’s Men, starring Edward Alleyn (Ben Affleck in Shakespeare in Love) as Faustus, a physician, doctor of philosophy, doctor of theology, alchemist, magician, astrologer, and teacher at a university in Wittenberg

1599-1602: probable first performance of William Shakespeare’s Hamlet by the Lord Chamberlian’s Men, starring Richard Burbage as Hamlet, a character who has just returned to Denmark from studying at a university in Wittenberg

2008: first performance of David Davalos’s Wittenberg, a play set at the University of Wittenberg in which Hamlet is a student of both Professor John Faustus and Professor Martin Luther.

I heard about the premiere of Wittenberg at Philadelphia’s Arden Theatre, read some reviews online, and wanted to read the script. After all, the idea of a lay that’s a prequel to both Hamlet and Doctor Faustus at the dawn of the Reformation with Faustus and Luther as Hamlet’s professors at Wittenberg just sounded too tasty to ignore. And I was making plans for Doctor Faustus to be a part of our 2010 Actors’ Renaissance Season. After a bunch of failed attempts to find the script, I found someone who had an e-mail address for the playwright, David Davalos; hoping the e-mail might actually reach him, I zapped him a request for his script. His reply included:

Mr. Warren –
How dare you contact me unsolicited expressing interest in my work! I have never been so offended in my life!
What a perfectly pleasant surprise to receive your correspondence. Naturally I’d be delighted for you to read the script – I’ve attached the latest draft for your perusal. I’ve been continuing to tinker with the text since the Arden production…
It has of course been a dream of mine that someday WITTENBERG could be produced in rep with productions of HAMLET and/or DOCTOR FAUSTUS to tease out the connections between all three plays, so your mention of Marlowe intrigues me greatly.

Thus began the six-year journey that has brought us to the ASC 2014/15 Method in Madness Tour which will include performances of Hamlet and Doctor Faustus out on the road with Much Ado About Nothing and then in the 2015 Spring Season at the Blackfriars Playhouse where Wittenberg will join the repertory. Not only will we get to do this modern play that serves as a prequel to these two early modern heavyweight champions with the same actors playing Hamlet and Faustus throughout the rep, but we will also be adding a fourth play to our Spring Season repertory for the first time since we opened the Blackfriars in 2001.

One of our goals at the ASC is to encourage playwrights to create new works designed for Shakespeare’s staging conditions. As we work to get that program off the ground, we are delighted to present a new-ish play that not only thrives under our staging conditions, but also creates some modern magic with characters from early modern plays.

FAUSTUS. So: big year. Senior class. Good time to be thinking about declaring a major.
HAMLET. So t’would seem.
FAUSTUS. Decided on your classes yet?
HAMLET. I have decided nothing.
FAUSTUS. I didn’t think so.