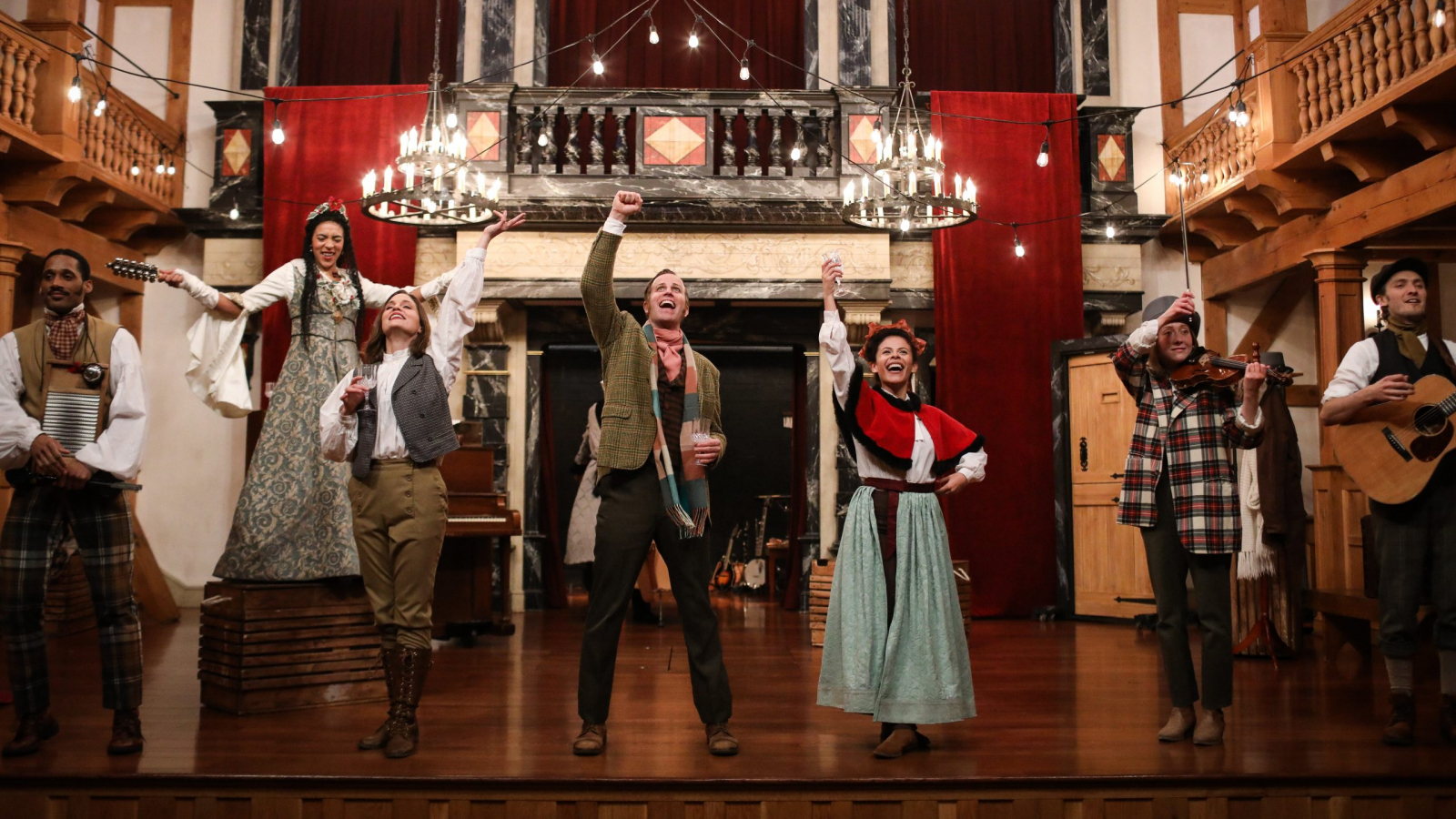 You know Charles Dickens and his friends Bob Cratchit, Jacob Marley, and Tiny Tim. You certainly know Ebenezer Scrooge and the ghosts who haunt him. But do you know the history behind one of the most famous holiday stories of all time?

Since its publication in 1843, A Christmas Carol has served a vital role in reminding audiences what the holiday season is all about: generosity, compassion, hope, love, and light. At ASC, we recognize that this year, more than ever, we need reminders that hope is still alive, which is why we were determined to (safely) continue our treasured annual production of Dickens’s classic tale. Though we can’t welcome you back to the Blackfriars Playhouse, we invite you to experience this magical production on-demand via BlkFrsTV or in-person at Staunton’s Visulite Cinema or Hull’s Drive-in in Lexington, VA.

We’ve made some stylistic changes, too. Jay McClure is back with a new-and-improved adaptation which he promises is “pure Dickens.” John Harrell returns as the curmudgeonly Ebenezer Scrooge. And, for the first time ever, we’re doing this Actors’ Renaissance style, meaning a talented troupe of eight ASC actors simultaneously serve as the directors and designers. You should see what they’ve come up with.

By our standards, eight people is a small ensemble, but back in Dickens’s day, eight actors were more than enough. In fact, Charles Dickens used to perform staged readings of A Christmas Carol by himself — no props, no costumes, no additional actors! The readings began in 1854 when Dickens appeared at an event in support of Birmingham workers; to entertain the crowd, he began to read aloud from A Christmas Carol, which was an instant success. Dickens eventually began to stage readings for profit, and he quickly garnered esteem for his ability to alter his voice and embody a vast array of characters. He was such a skilled actor that he was reportedly able to frighten audiences with his impersonation of Marley or bring them to tears with his reenactment of Tiny Tim’s death. Dickens’s friend Thomas Carlyle said that as an actor “he was like an entire theatre company…under one hat.” Now that’s what we call versatility here at ASC.

Though we are not able to see Dickens do his thing (unlike the Ghost of Christmas Past, we cannot conjure memories of time gone by), we do have access to the next best thing: ASC’s acting company! They’ve studied, rehearsed, and infused themselves with quite a bit of holiday cheer — all that’s left is for you to buy your tickets.

Trust us, you won’t want to miss the return of ASC’s beloved A Christmas Carol. In the words of ASC’s associate artistic director Jay McClure, “It’ll be delicious.”

BlkFrsTV rentals are available all holiday season, but this Sunday is the final weekend to see A Christmas Carol at Hull’s Drive-in – PURCHASE TICKETS TODAY! Explore all our Holiday Season virtual viewing options – CLICK HERE!