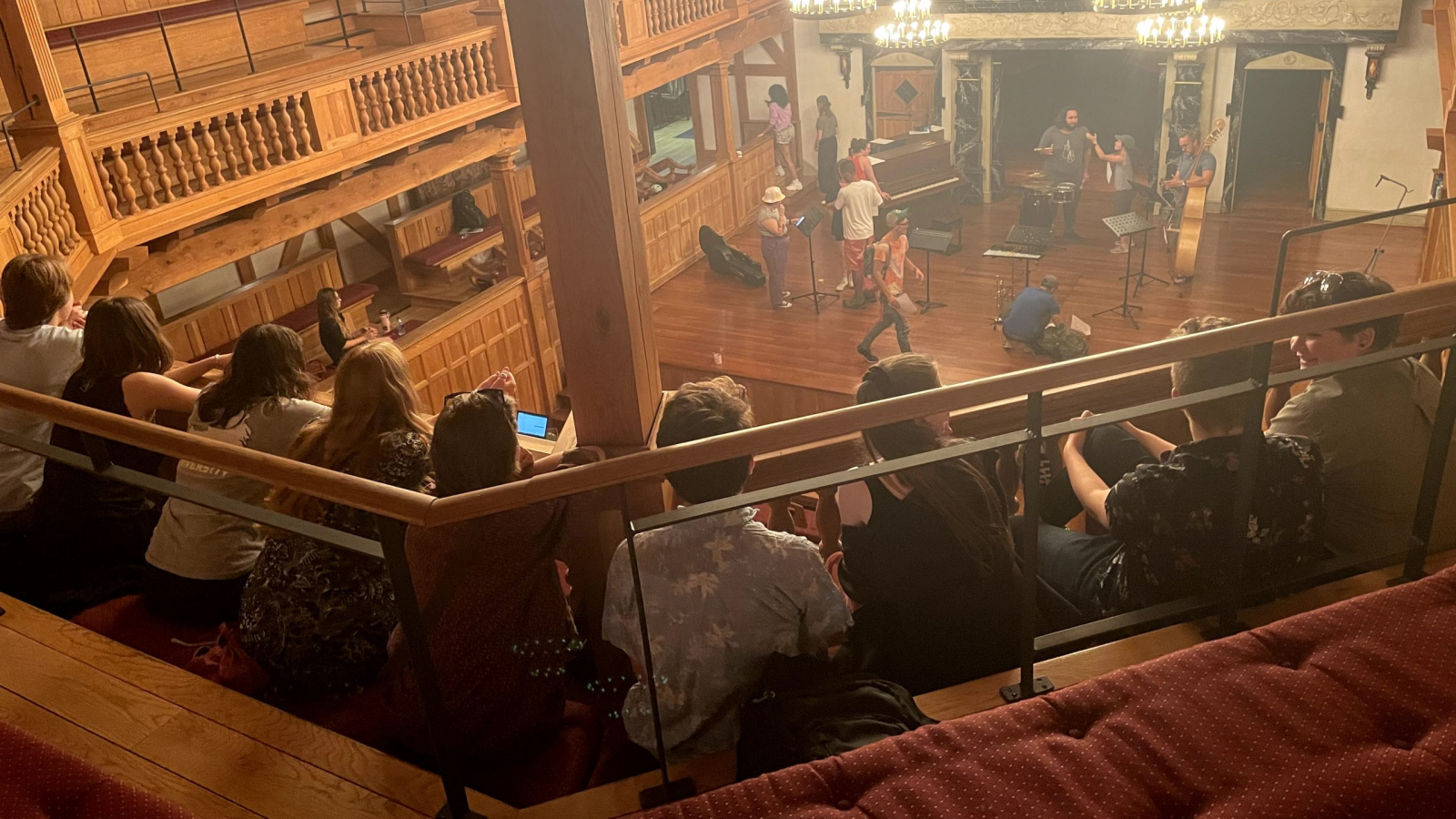 Welcome to the Camper Play Review, where an ASC Theatre Camper reviews the current productions running at the American Shakespeare Center. In this installment, Lilly Day-Miller shares her thoughts about the 2021 Actors’ Renaissance Summer production of Macbeth.

Lilly’s summary: The play starts with the first glimpse that the audience gets of the witches and soon moves to the prophecy that the witches share, foreseeing Macbeth to be king. After hearing that he is destined to be king, Macbeth soon becomes ill in the head and leans on Lady Macbeth to be the driving factor in disposing of anyone that could threaten the prophecy. All those that are killed as a command of the queen come to haunt the king throughout the play. The consequence of killing so many innocent people soon catches up to Macbeth and Lady Macbeth when the head of a family (Macduff) that the king killed seeks revenge, killing the king and queen. The play ends with the son of King Duncan (the king Macbeth and Lady Macbeth kill to make Macbeth king) regaining the throne.

Lilly’s production commentary: There were two key contributors aside from the acting that made this performance of Macbeth spectacular. A simple white mask was used to signify who had been a victim of Macbeth’s fight for power. Not only did these masks truly send chills down my spine with the lack of human quality, but they also give the actors a uniform look that communicates clearly to the audience who they are. A small detail that I noticed near the end of the play was Chris Johnston’s use of eye makeup to clearly show the physical toll being king was taking on Macbeth. Whether that was an actor choice or a costume choice, the choice was smart and showed the audience something without the performer having to speak.

Lilly’s overall review: The American Shakespeare Center’s chilling production of Macbeth is a clear example of what an extremely talented and characteristically diverse group of performers can accomplish. The play’s ensemble set a serious yet supernatural tone for the play. Any moment the masked victims were taunting Macbeth, the physicality was bordering unearthly, giving the audience a provocative look into Macbeth’s mind which allows us to ally and sympathize with him. This play has so many layers to be discovered that witnessing it twice simply isn’t enough. Each time I have seen this production my eyes have uncovered some new and crucial gear in the shifting machine that is the story of Macbeth. The American Shakespeare Center doesn’t just tell a spellbinding story — when the show is over, they leave you thirsty for more.