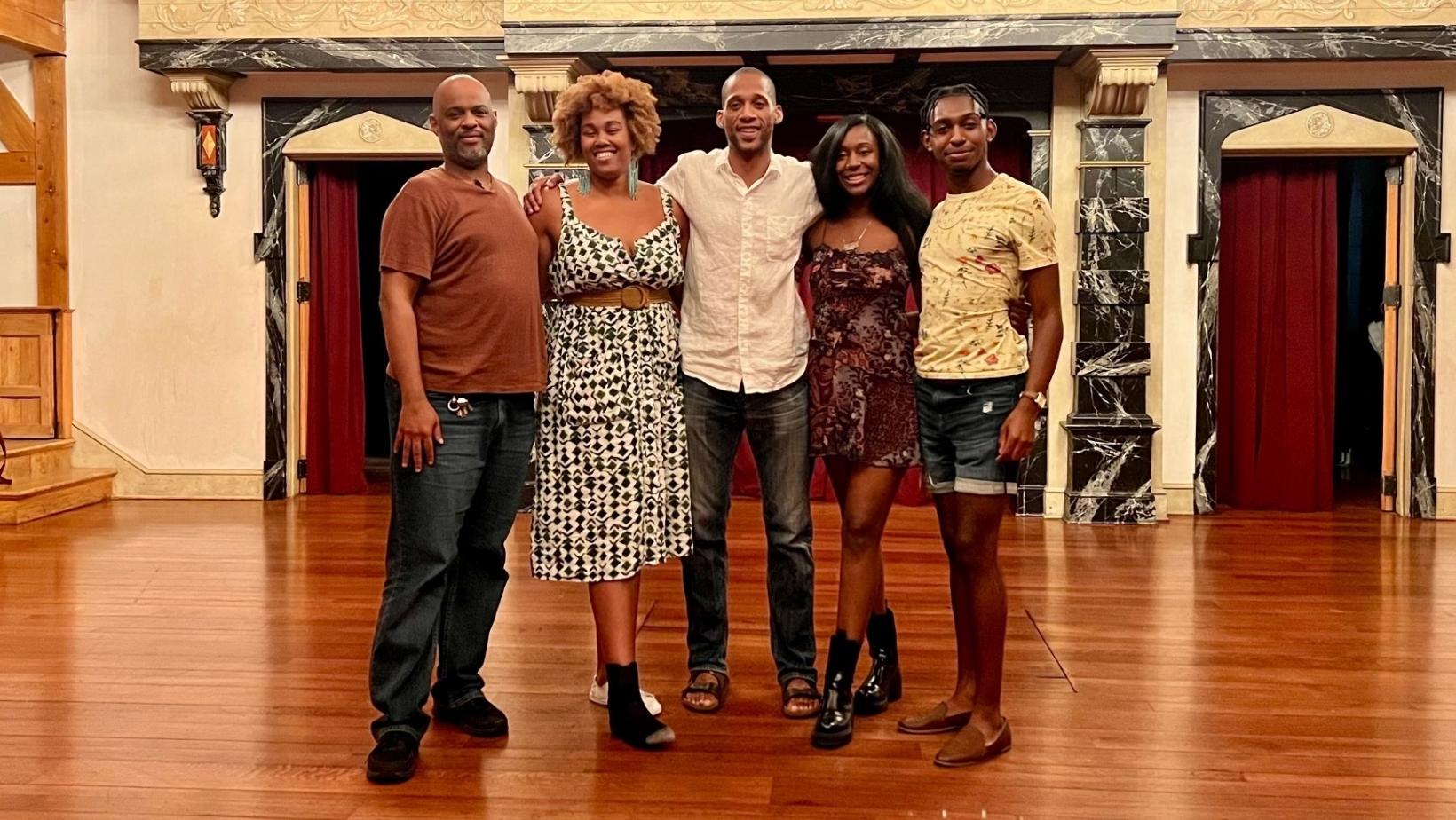 Summer 2022 has been an exciting season of firsts for the American Shakespeare Center, filled with innovative productions of both classic and new titles. After kicking things off back in May with Every Brilliant Thing by Duncan Macmillan with Johnny Donahoe, we are concluding the season this weekend with the final performances of our current offering, Pass Over by Antoinette Nwandu. A provocative riff on Waiting for Godot and the Book of Exodus, Pass Over is a rare piece of politically charged theater by a bold new American voice that emphasizes the unquestionable human spirit of young Black men looking for a way out.

While many of you may already know that this title has never appeared on the Blackfriars stage before, did you know that the play’s production team itself is also making ASC history? This is the first ASC creative team to be led by a majority of Black artists—from the Artistic Director, Director, Stage Manager, Costume Designer, Music Director, to the Playwright—many of whom are the first Black artists to hold these leadership positions.

We are so thrilled to have this incredible group of people working together to bring you this beautiful piece of theatre, so we wanted to take some time to highlight each of them and their artistic careers. Pass Over closes on Sunday August 28, so don’t miss your chance to see their work in action before then! 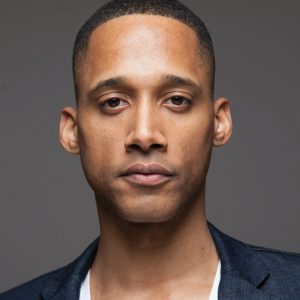 Brandon Carter (Artistic Director) is the American Shakespeare Center’s third artistic director and also plays Kitch in this production of Pass Over. He is a Virginia native originally from Heathsville in the Northern Neck. Prior to his appointment in January 2022, he became an ASC company member in Spring 2018, collaborating in more than 40 roles, from lovers (Orlando, As You Like It) to fighters (Menas, Antony & Cleopatra), schemers (Cassius, Julius Caesar) and incomprehensible scholars (Hugh Evans, Merry Wives of Windsor). At ASC, Carter made history as the first Black man in the United States to follow the journey of a wayward prince to King (Hal/Henry V). This journey eventually led him to the forefront of artistic leadership, where he served as ASC’s Interim Director of Artistic Development and briefly as an Actor-Manager. In collaboration with a fearless ensemble of theatremakers and staff, he has navigated the ASC through the uncertainties of producing in a pandemic.

Carter was an original cast member and Production Manager of Dominique Morisseau’s Blood at the Root directed by Steve H. Broadnax III, winner of the Graham F. Smith Peace Foundation Prize for its promotion of human rights. He also served as an Artistic Associate and actor with the Classical Theatre of Harlem (CTH), under mentors Ty Jones and Carl Cofield. Productions with CTH include: The Tempest, Macbeth, The First Noel, and The Three Musketeers. Other Off-Broadway credits include: Drunk Shakespeare NYC as Macduff, and Black Angels Over Tuskegee as Theodore. Carter’s expertise and passion is classical work. His mission is to “break the legacy” and culture surrounding the classics by creating a symbiotic relationship between classical texts and innovative voices. Alongside his executive duties as Artistic Director, Carter will continue to act as an ASC company member and will continue to take on roles with other theatres. Carter holds a B.A. in Theatre and Communications from Longwood University and an M.F.A. in Acting from Penn State University. Website: https://www.brandoncarter.actor/. Instagram: @mistercart3r. 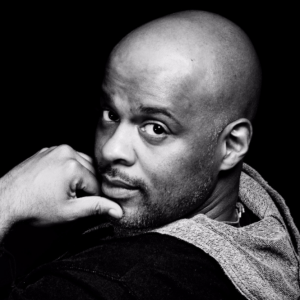 Christopher Burris (Director) is an artist and educator with a BA from UNC Chapel Hill, and an MFA from UC San Diego. He has directed several off-Broadway productions including the revival of A.R. Gurney’s The Fourth Wall, the staged version of B-Boy Blues by James Earl Hardy, and Geese by Samuel D. Hunter. Burris has taught at NYU, Pace University, Laguardia Community College, and UC San Diego, after years with New York Film Academy and as a teaching artist with The Leadership Program, Queens Theatre in the Park, and CUNY’s Creative Arts Team. He was a ’21-’22 visiting professor at UNC School of the Arts in Winston Salem. Other academic directing credits include Passing Strange and Detroit ‘67 at UNCSA, Measure for Measure for NYU Graduate Acting, Dark of the Moon at Pace, and When We Wake Up Dead at Brooklyn College. Regional directing credits include Scott Joplin’s opera Treemonisha in Newark, Tracey Conyer Lee’s JEFF recommended Rabbit Summer in Chicago, and The Brothers Size, which received five 2016 Broadway World Award nominations including Best Play and Best Director. He was a director for the inaugural year of the Obie-winning 48 Hours in Harlem (Potato Salad by Keith Josef Adkins), as well as the first four years of Obie-winning Fire This Time Festival, culminating in their premiere full length production Lord’s Resistance by Camille Darby. Burris has an extensive resume as a professional actor in theater (Oregon Shakespeare Festival, La Jolla Playhouse, The Women’s Project, North Shore Music Theatre), television (Damage Control, Guiding Light, As the World Turns), commercials (NY Post, Dr. Scholl’s, ESPN360), and voice-overs (Grand Theft Auto V, McDonalds, Burger King, AT&T, Verizon, Monster.com, Goodyear). Both his writing and photography have been featured in American Theatre Magazine. Awards: 2017 Drama League Artist Residency with Derek Lee McPhatter’s Bring the Beat Back, SDC Foundation Observership (Emily Mann), Lincoln Center Directors Lab 2014. Member: SDC, Drama League Director’s Council & Nomination Committee. Social media: @misterburris. 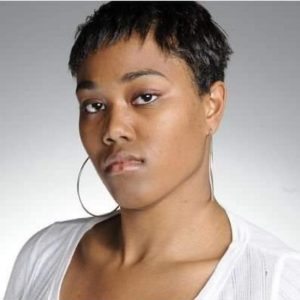 Jocelyn A. Thompson (Stage Manager) is thrilled to be making her debut at American Shakespeare Center with such a provoking piece. A member of the Actors’ Equity Association (AEA), she is a bi-coastal stage manager who has worked for a number of theaters across the United States. Jocelyn has been lucky enough to serve as the production stage manager for Brava! for Women in the Arts and Cutting Ball Theater in San Francisco, California during her career. Her most recent productions have been with Alley Theatre (Born With Teeth, The World Is Not Silent) and Portland Center Stage (Wine in the Wilderness). Previous productions include Pelleas & Melisande, …And Jesus Moonwalks the Mississippi, Ubu Roi, The Chairs with Cutting Ball; The Oldest Profession, Iph…, with Brava! for Women in the Arts; Harry Thaw Hates Everybody with Shotgun Players, and Jesus in India with The Magic Theater. Jocelyn is a graduate of Howard University and a proud member of Actor’s Equity Association. Her work is dedicated to her two little black Queens in the making – heads high and elevated. 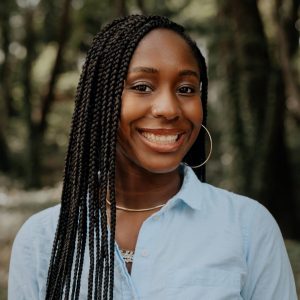 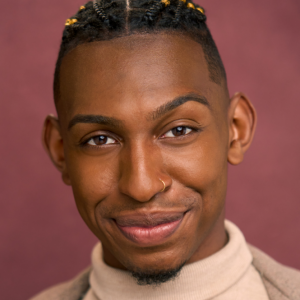 Tevin Davis (Music Director) is an ASC company member who you may have seen in Romeo and Juliet and The Comedy of Errors this past spring season. Some of his acting credits include: VIRGINIA REPERTORY THEATRE: Pinocchio, The Wiz, Fences; RICHMOND TRIANGLE PLAYERS: Sugar in Our Wounds; VIRGINIA COMMONWEALTH UNIVERSITY: Sense and Sensibility, Little Shop of Horrors, Two Gentlemen of Verona, In the Red and Brown Water; UNIVERSITY OF RICHMOND: Blues for Mister Charlie. He has served as music director for several shows including Fences at Virginia Rep, In the Red and Brown Water at TheatreVCU, and several musical theatre cabarets. He holds a BFA in Theatre Performance from Virginia Commonwealth University (‘21) and is a member of the Actors’ Equity Association (AEA). This season he is also understudying the roles of Moses and Kitch in Pass Over. Instagram: @tevin.m.davis. Website: http://tevindavis.com. 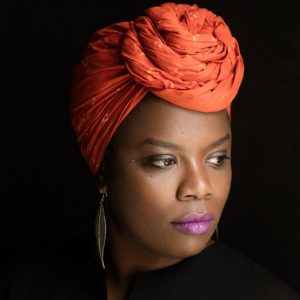 Antoinette Nwandu (Playwright) was born and raised in Los Angeles, California and is now a New York City based playwright. She graduated magna cum laude from Harvard University with her bachelor’s degree in English, the University of Edinburgh with a master’s degree in Cultural Politics, and NYU’s Tisch School of the Arts with a M.F.A. in Dramatic Writing. It was during her time as an undergraduate writing for the Harvard Crimson that Antoinette realized her passion for playwriting. As reported in The New York Times article, “A Play Caught in the Crossfire” by Laura Collins-Hughes, “she realized that the most tedious part of reporting was getting quotes when she already knew what she wanted people to say… a journalist’s scandal, a playwright’s skill.” Along with being a playwright, she has also written for a 2019 episode of Spike Lee’s TV show She’s Gotta Have It and has been featured as an actress in a short film called Charity in 2015. Antoinette also served as a professor of Public Speaking and Introductory Theatre at Borough of Manhattan Community College from 2008 to 2016.

Her works have been featured at The MacDowell Colony, The Sundance Theater Lab, The Cherry Lane Mentor Project (mentor: Katori Hall), The Kennedy Center, P73, PlayPenn, Space on Ryder Farm, Southern Rep, The Flea, Naked Angels, Fire This Time Festival, and The Movement Theater Company. She is an alum of the Ars Nova Play Group, the Naked Angels Issues PlayLab, the Dramatists Guild Fellowship, and the Eugene O’Neill Playwrights Conference Fellow. Website: http://antoinettenwandu.com/.

“ASC will strive to become a company that mirrors the mélange of its global population—where we invite the top classical theatre-makers to come craft their best work and join the conversation. This 2022 season—including Thrive, Or What You Will, Pass Over, and Une Tempête—serves as an exemplary template for this inaugural ambition: to achieve our greatest diversity in the areas of gender, race, disability, sexuality, socio-economic background, faith, and age. This goal begins by opening the door to all bodies to claim space on our board, in our company-at-large, on our stage, and in our audiences. Providing programming and enrichment opportunities that reflect our dream to bring this community together. ASC’s bright future is dedicated to challenging the relevance of early modern contemporaries with the fiery voices of the moment to become a premier classical company for the 21st century.”

Like this post? Be sure to share it and tag us on social media! PASS OVER is now playing in its final weekend through August 28, so don’t wait to PURCHASE YOUR TICKETS TODAY!