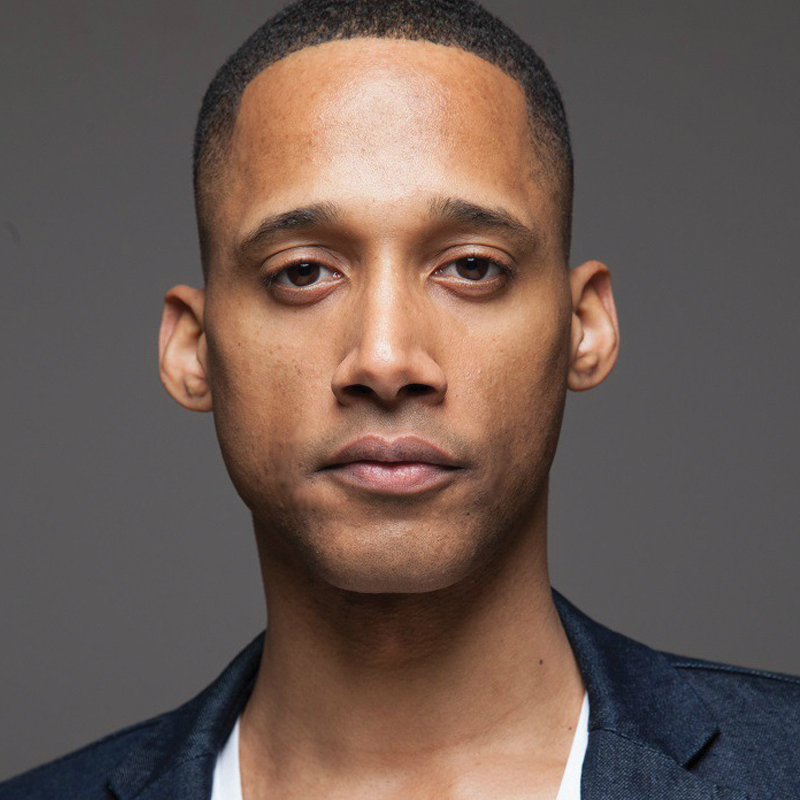 Brandon Carter is the American Shakespeare Center’s (ASC) third artistic director. He is a Virginia native originally from Heathsville in the Northern Neck.

Prior to his appointment in January 2022, he became an ASC company member in Spring 2018, collaborating in more than 40 roles, from lovers (Orlando, As You Like It) to fighters (Menas, Antony & Cleopatra), schemers (Cassius, Julius Caesar) and incomprehensible scholars (Hugh Evans, Merry Wives of Windsor). At ASC, Carter made history as the first Black man in the United States to follow the journey of a wayward prince to King (Hal/Henry V). This journey eventually led him to the forefront of artistic leadership, where he served as ASC’s Interim Director of Artistic Development and briefly as an Actor-Manager. In collaboration with a fearless ensemble of theatremakers and staff, he has navigated the ASC through the uncertainties of producing in a pandemic.

Carter was an original cast member and Production Manager of Dominique Morisseau’s Blood at the Root directed by Steve H. Broadnax III, winner of the Graham F. Smith Peace Foundation Prize for its promotion of human rights. He also served as an Artistic Associate and actor with the Classical Theatre of Harlem (CTH), under mentors Ty Jones and Carl Cofield. Productions with CTH include: The Tempest, Macbeth, The First Noel, and The Three Musketeers. Other Off-Broadway credits include: Drunk Shakespeare NYC as Macduff, and Black Angels Over Tuskegee as Theodore.

Carter’s expertise and passion is classical work. His mission is to “break the legacy” and culture surrounding the classics by creating a symbiotic relationship between classical texts and innovative voices. Alongside his executive duties as Artistic Director, Carter will continue to act as an ASC company member and will continue to take on roles with other theatres.

Carter holds a B.A. in Theatre and Communications from Longwood University and an M.F.A. in Acting from Penn State University.

The Man of Mode, or Sir Fopling Flutter

At the American Shakespeare Center, we love our teachers! Check out some of the teachers who made a huge difference in our lives here at …