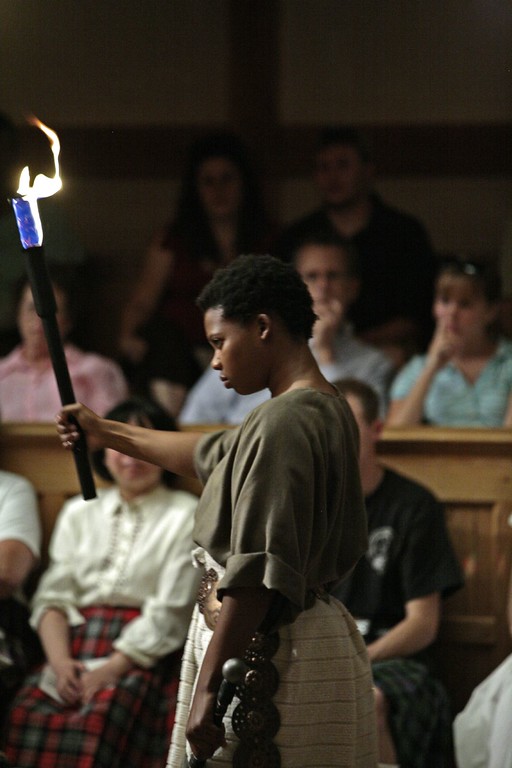 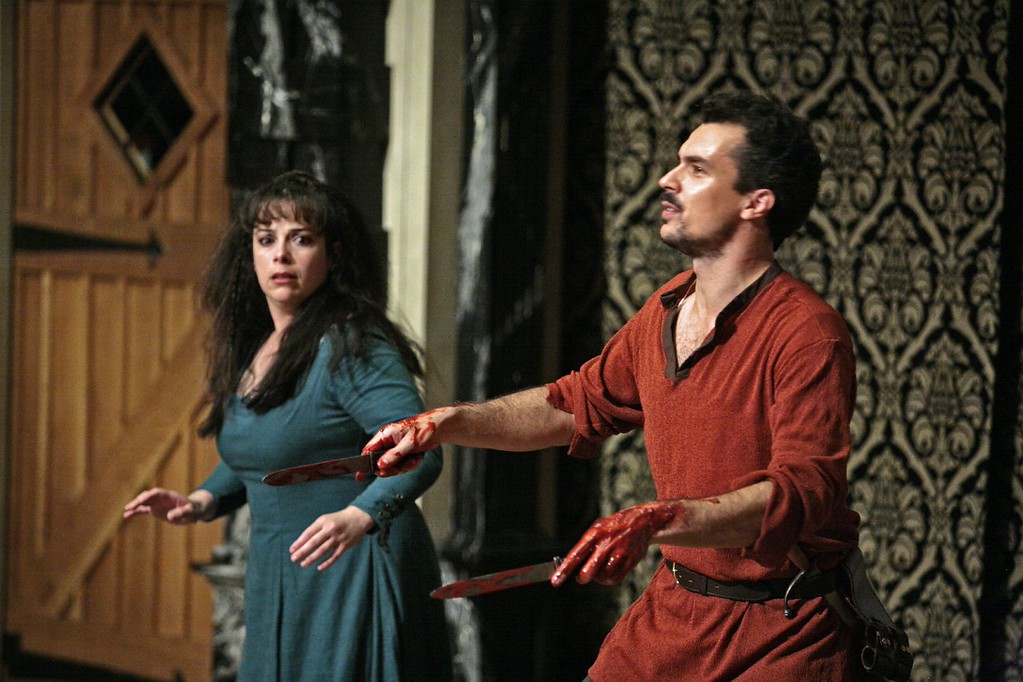 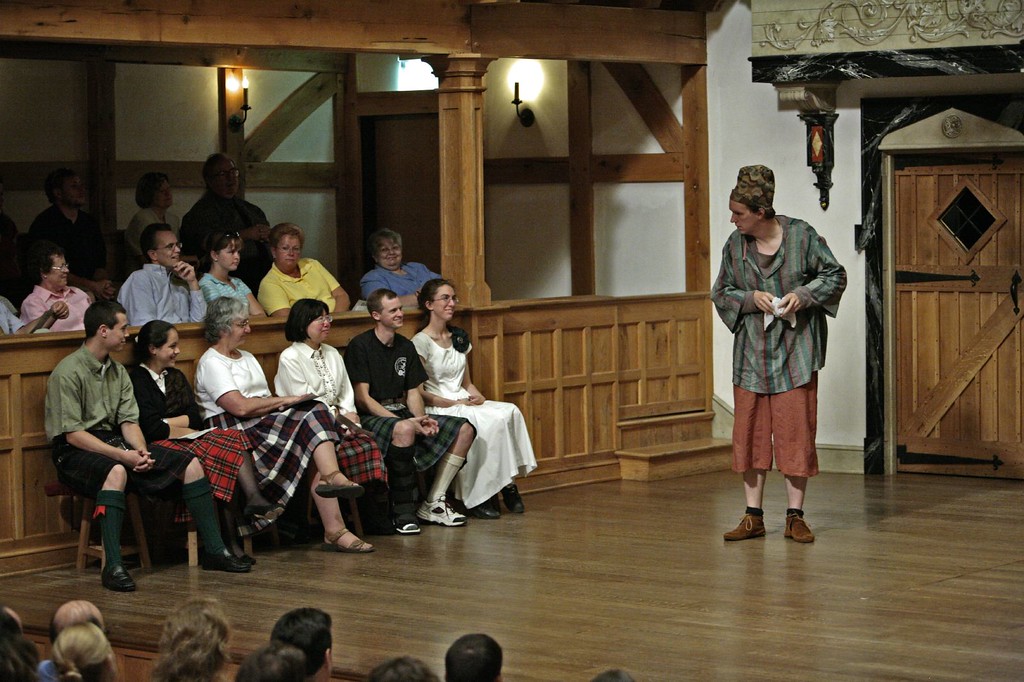 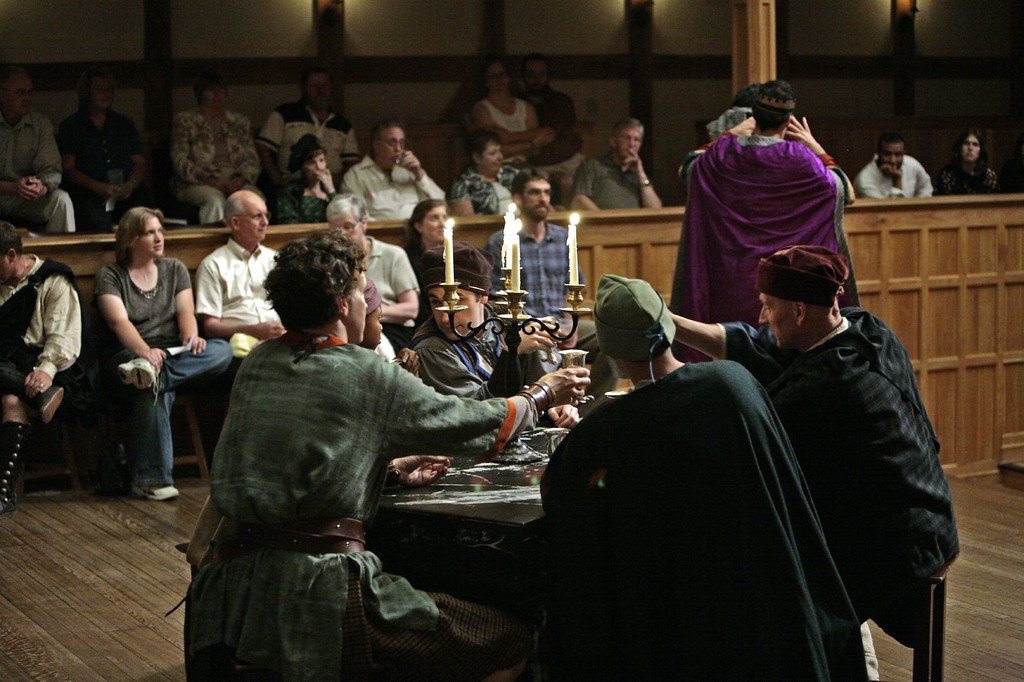 The cast of MACBETH. Photo by TOMMY THOMPSON. 2006. 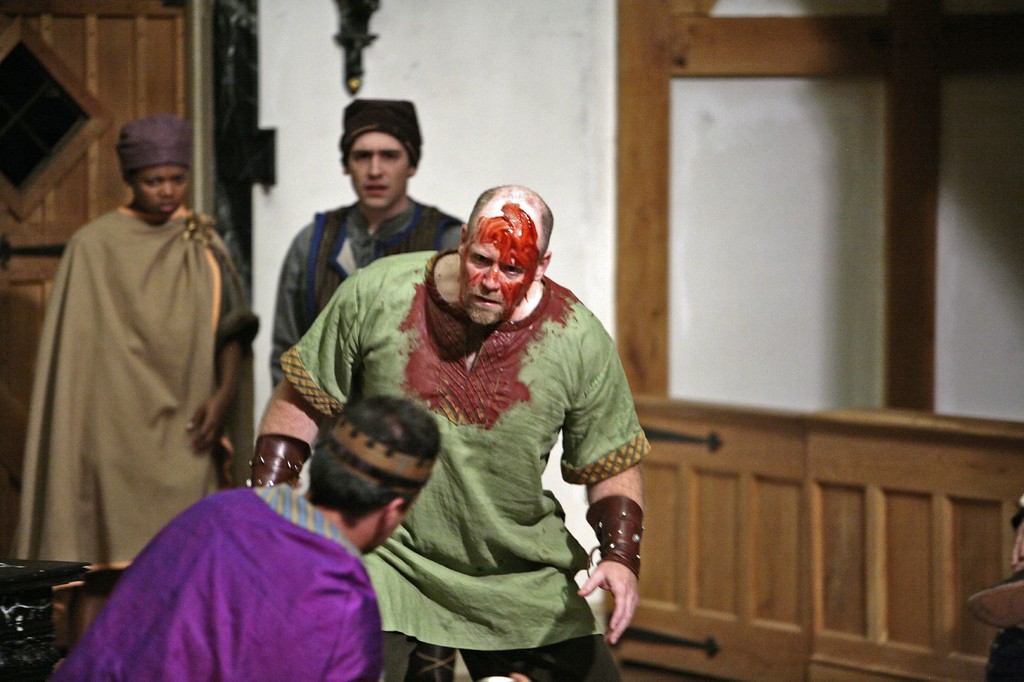 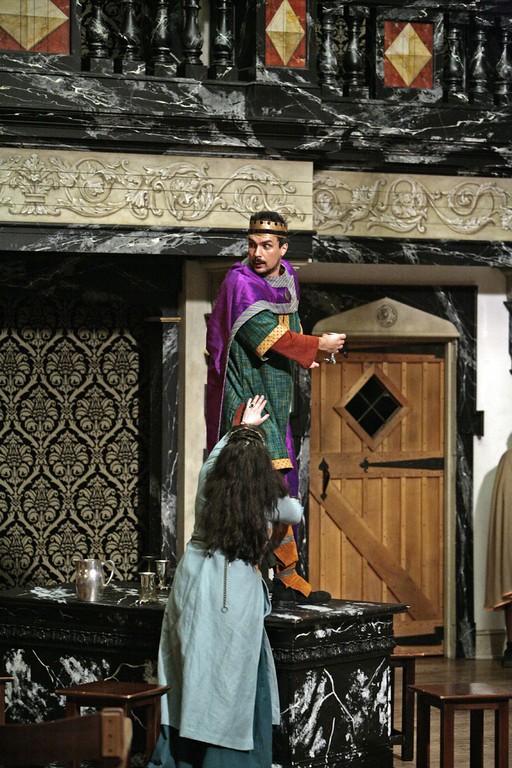 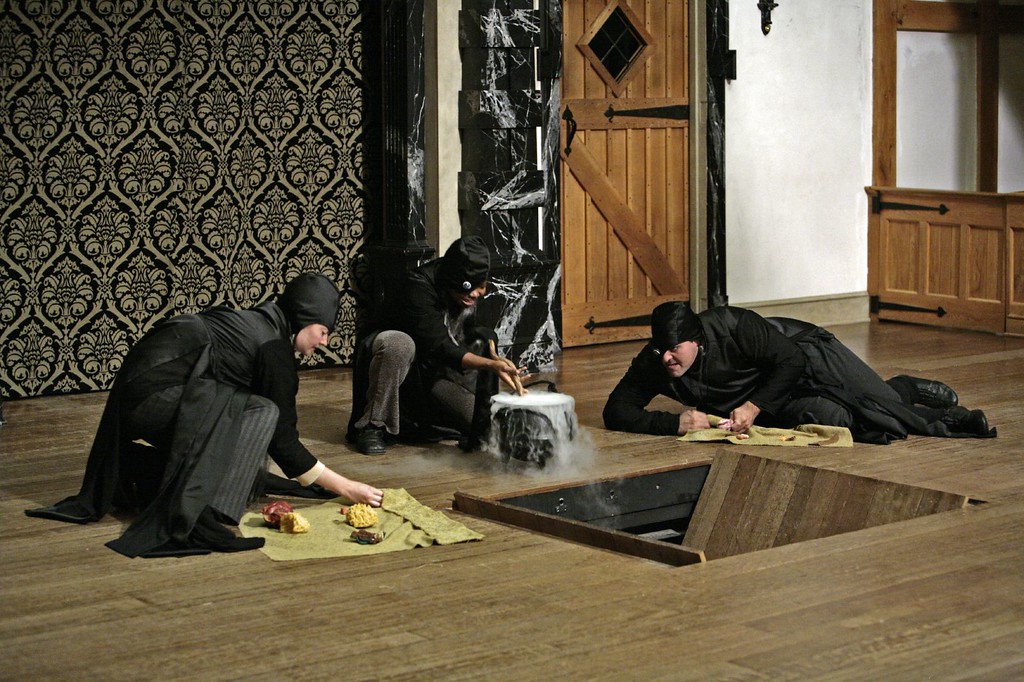 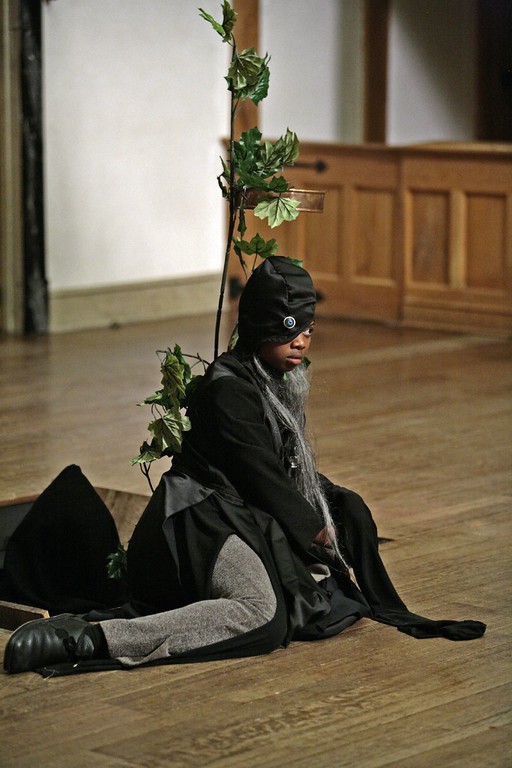 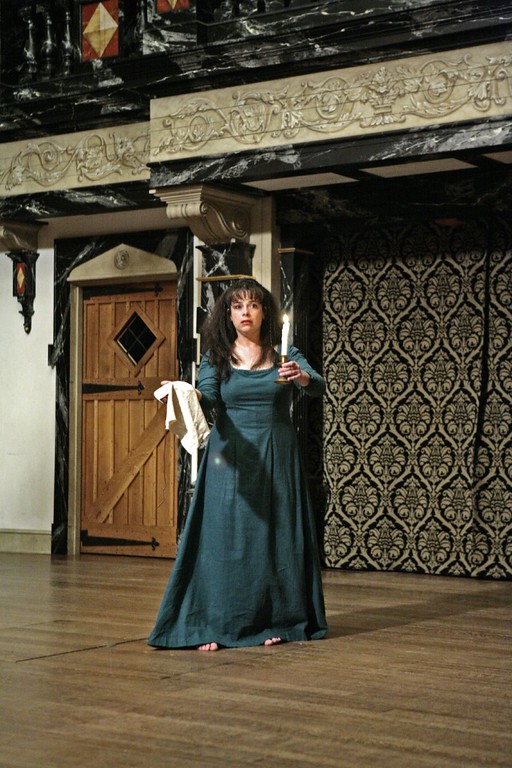 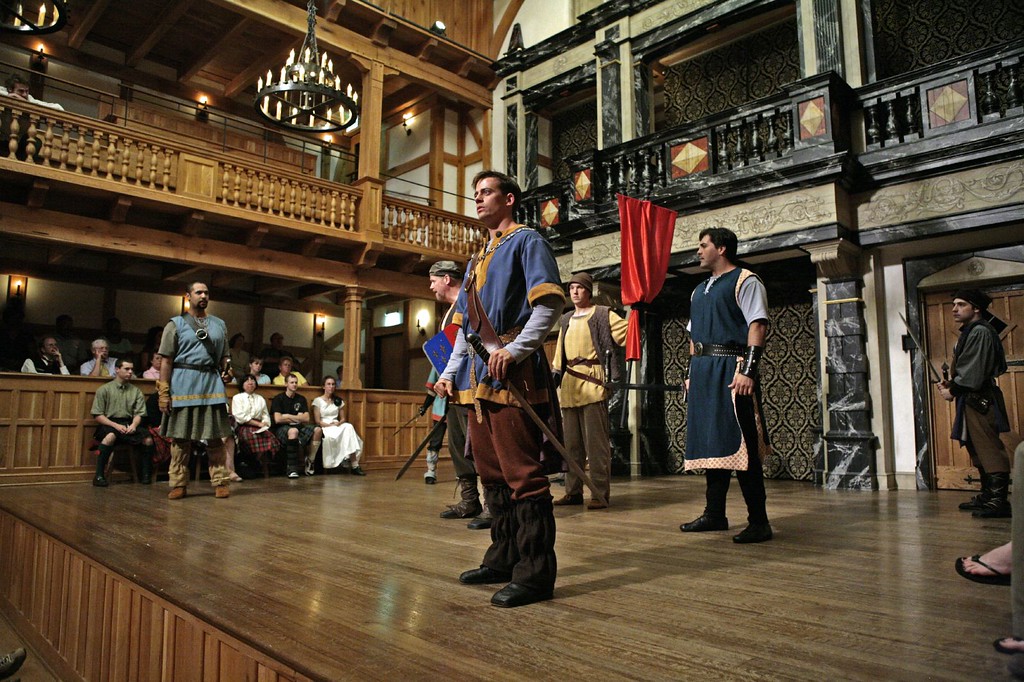 The cast of MACBETH. Photo by TOMMY THOMPSON. 2006.

Another word for dense is “thick.” And the thickness of Macbeth is both a feature of its language and of its matter. In a work half as long as Hamlet, Shakespeare explores – among other heavy subjects – ambition, family, generation, time, kingship, and, above all, murder.

Macbeth is Shakespeare’s anatomy of murder, and he makes his look at murder thick in a variety of ways. He gives us three murders, each with a victim of a different generation and condition. He counterpoises the act of murder against the act of killing by having us first hear of Macbeth as the warrior who “unseamed” his enemy from the “nave to the chops and fixed his head upon our battlements.” When this warrior, urged on by his wife, considers a different kind of killing, the murder of his king, Shakespeare throws into relief the fragile distinctions by which we define murder and our own humanity.

And Shakespeare “thickens” our understanding of murder when he takes us inside the thoughts of Macbeth, our tour guide for the play’s journey into murder. In Macbeth we have a protagonist we cannot but admire. He is brilliant, he is brave, and he never equivocates with himself about the immorality of the act or the likelihood that he cannot escape its consequences. He knows that “blood will have blood.” Accordingly, the blood in the play is also thick. Lady Macbeth uses just that word when she says, “make thick my blood.” And the play is thick with presentations of blood  – a bloody soldier, a bloody ghost, and two scenes devoted almost entirely to the difficulty of having bloody hands.

The other thick element in this play, as if in answer to Lady Macbeth’s prayer, is darkness. “Come, thick night,” she says, and Shakespeare accommodates her with a play so full of darkness that it blots out the sun. And Shakespeare and his actors, using the audience’s imagination, staged the darkness in three ways: they described it in words, they signaled it with props such as candles and torches, and they acted it.

Our production aims to recover the power of “seeing in the dark” by staging darkness as Shakespeare would have in his “story of the night.” Our hope is audeinces who let the language, the props, and the acting guide their imaginations will appreciate how Shakespeare illuminates murder by letting us see through the plays thick “blanket of dark.”