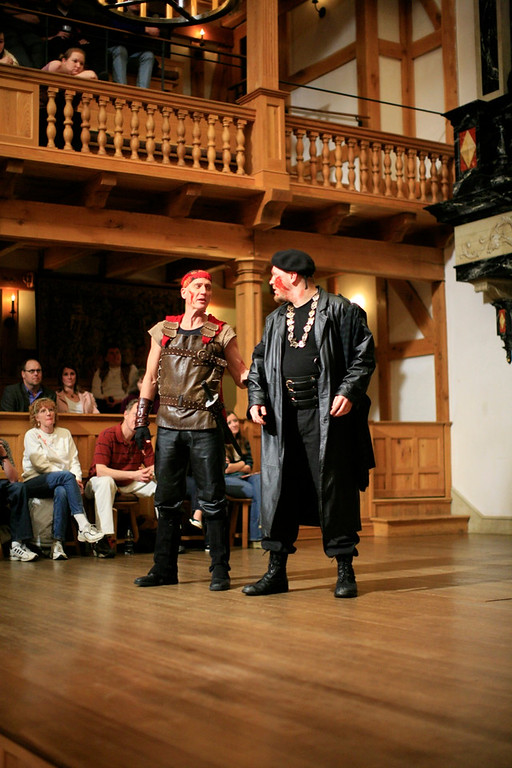 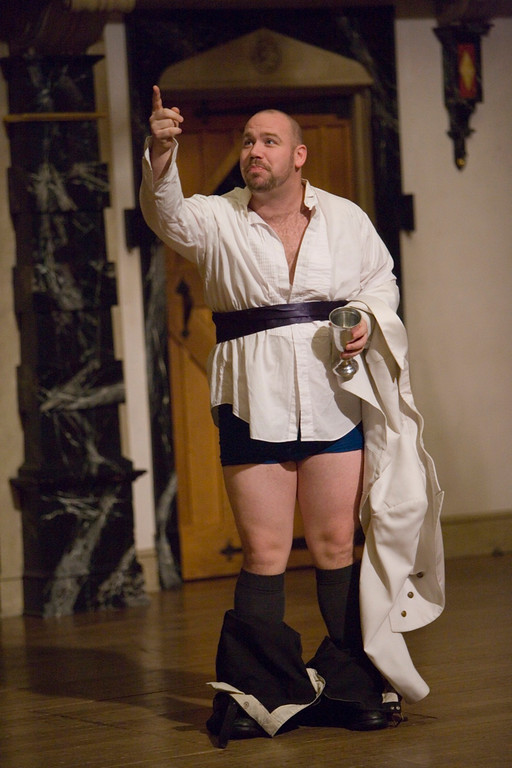 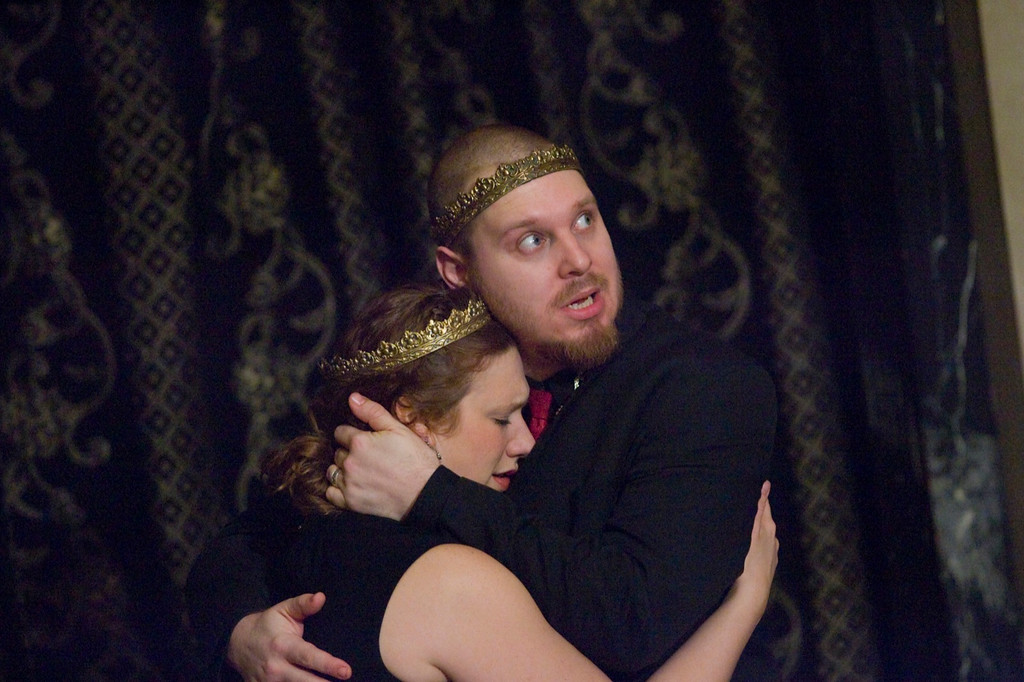 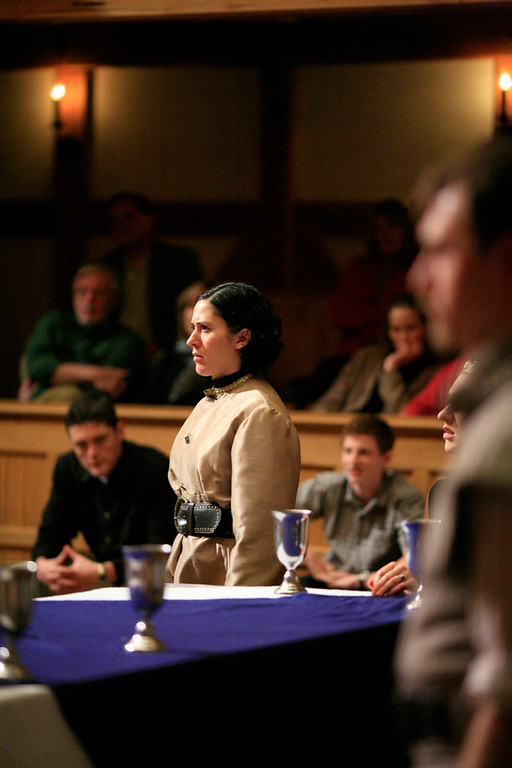 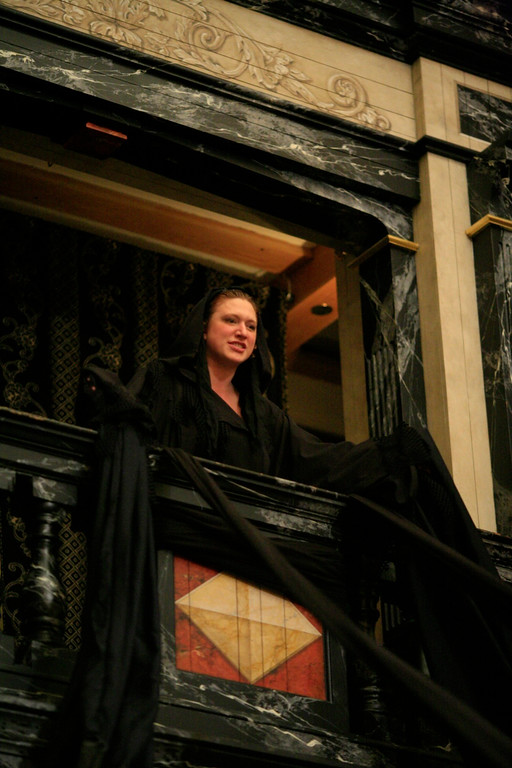 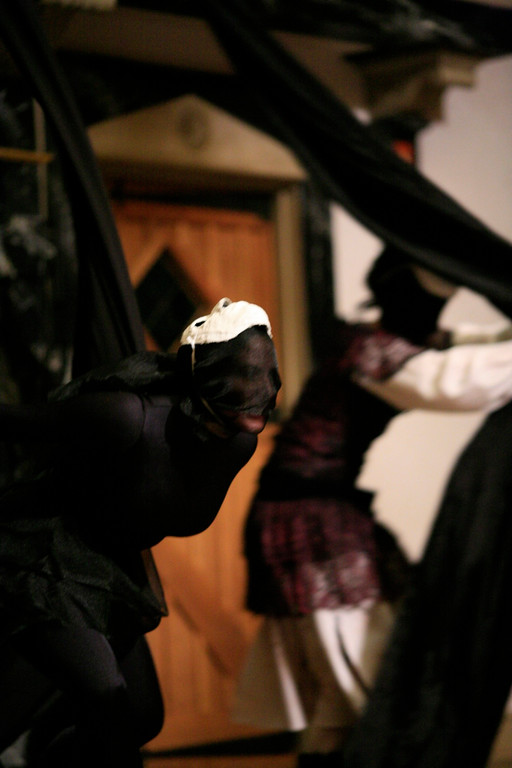 The cast of MACBETH. Photo by TOMMY THOMPSON. 2008. 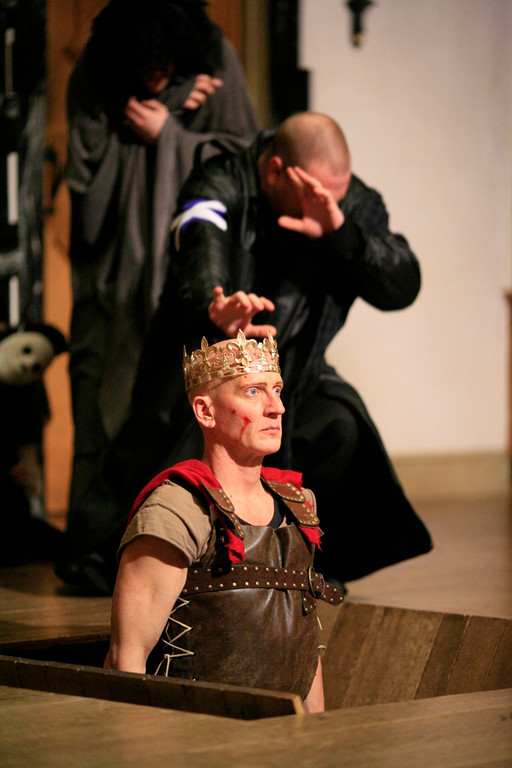 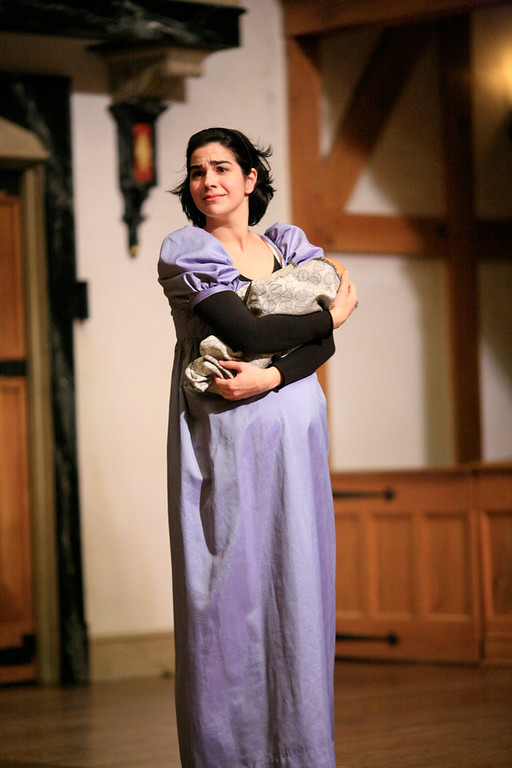 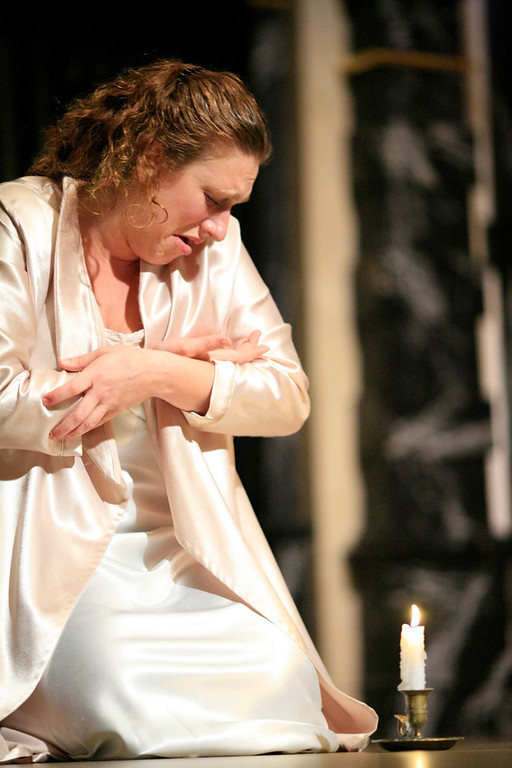 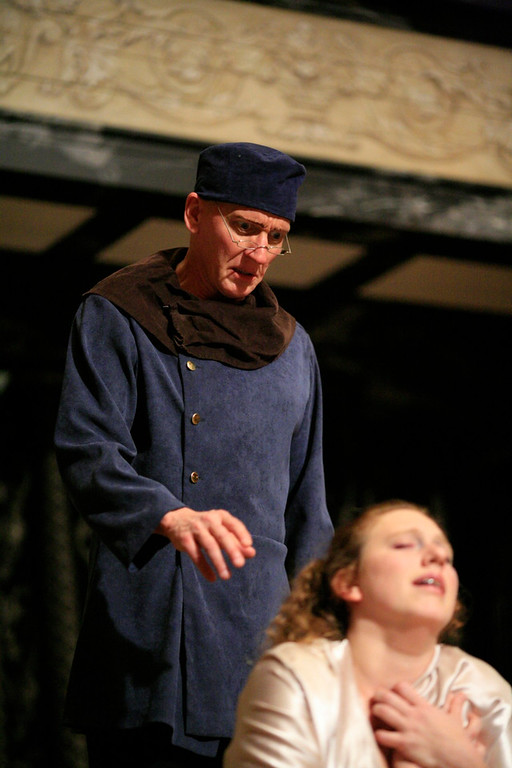 No time on their hands

“If it were done,” says Macbeth, contemplating the murder of his king and kinsman, “’twere well it were done quickly.” To be true to its theme, the play has to be quick, and at 2200 lines it is Shakespeare’s shortest tragedy (Hamlet, his longest, is 4200 lines).

Macbeth is about a man and a woman who take the quickest way, and Shakespeare throws that “quickest way” into relief by juxtaposing it with the slower ways, the ways of nature. The Macbeths choose to shorten time through murder, to leapfrog over the natural process of coming to the throne, and in so doing they set themselves against the rhythms of nature, against growing things. Duncan says to Banquo, “I have begun to plant thee and will labor to make thee full of growing” (1.4.28-29), and images of this sort of natural and slow fruition are everywhere associated with Macbeth’s enemies, primarily through children.

When Macduff learns of the slaughter of his family and Malcolm tells him to cure his grief by making a medicine of revenge, Macduff explains in four words how impossible it would be for him to revenge his dead family on Macbeth: “He has no children.”

But Shakespeare has given almost everyone else in the play children. Duncan (whom Macbeth kills) has Malcolm and Donalbain, Banquo has Fleance (whom Macbeth tries to kill), Macduff has little Macduff and his “little chickens” (whom Macbeth kills), Old Siward has Young Siward (whom Macbeth kills). This insistent evidence of generation surrounds and mocks Macbeth, who from the start has been bothered by the witches’ prediction that Banquo’s descendants would inherit the throne: his first words to Banquo about the witches’ prophecy are “your children shall be kings.” Later, having got the crown, he complains that the witches “put a barren scepter in my grip, thence to be wretched with an unlineal hand, no son of mine succeeding.”

Generation, slow generation, is the enemy of Macbeth, and he contemplates the natural progression of time with horror.

In theatrical terms this means that the events unfolding in Scotland – the events confronting the Macbeths on their “fast track” – do so in an accelerated way. This marriage of form and function may even explain the one scene in the second half of the play that does not hurry, Act Four, scene three, where the conversation between Malcolm and Macduff seems so slow. That scene takes place in England, where the man the play honors, James I, would want to see himself as part of that “slow generation.”