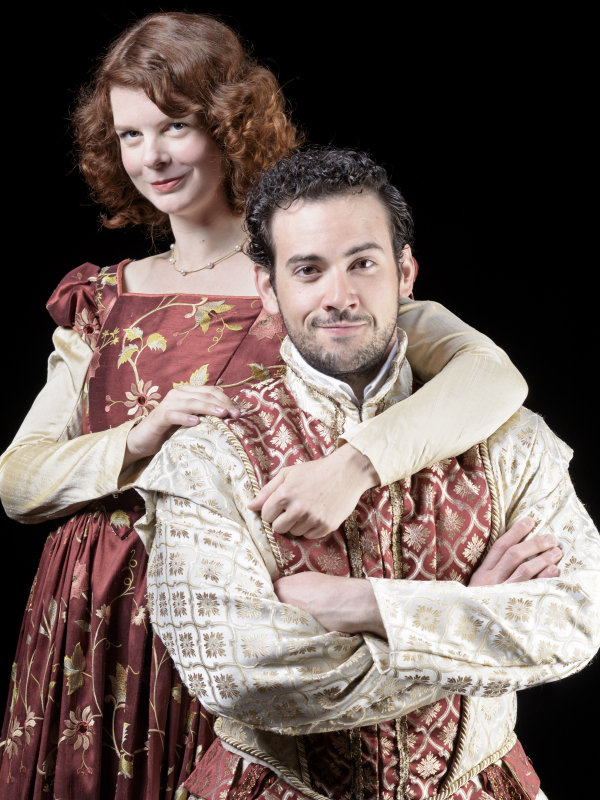 If I be waspish, best beware my sting.

This hilarious comedy is much more than a battle of the sexes; it is also a profound look at the necessity of “play” in our lives. This production includes Shakespeare’s “Induction,” which presents the Kate and Petruchio story as a play within the play. Blending romantic comedy and outlandish farce, Shakespeare gives us a love story of psychological liberation and the mysteries of being married. 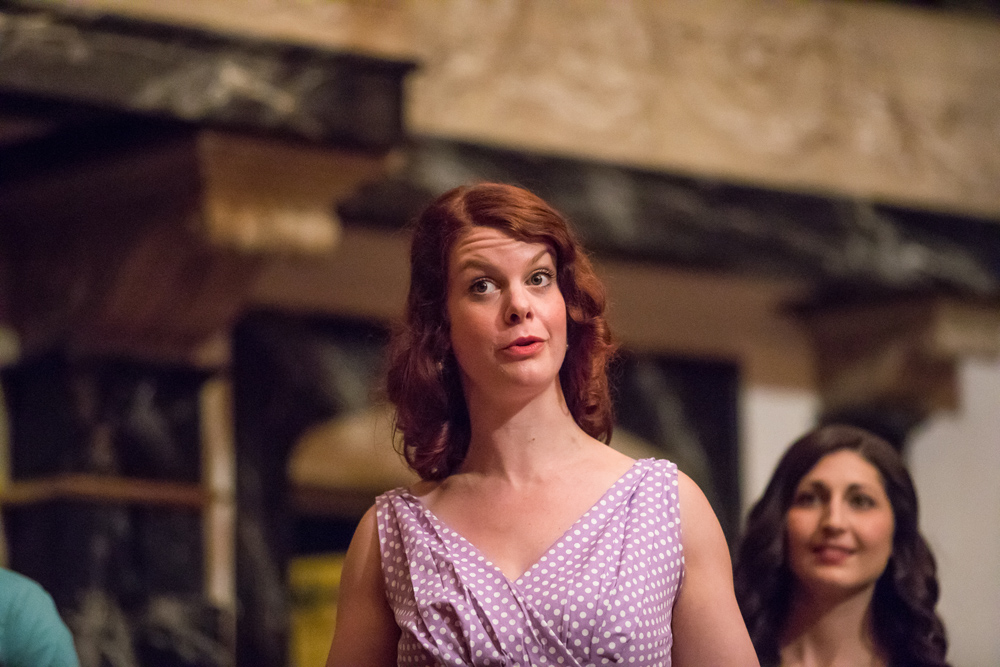 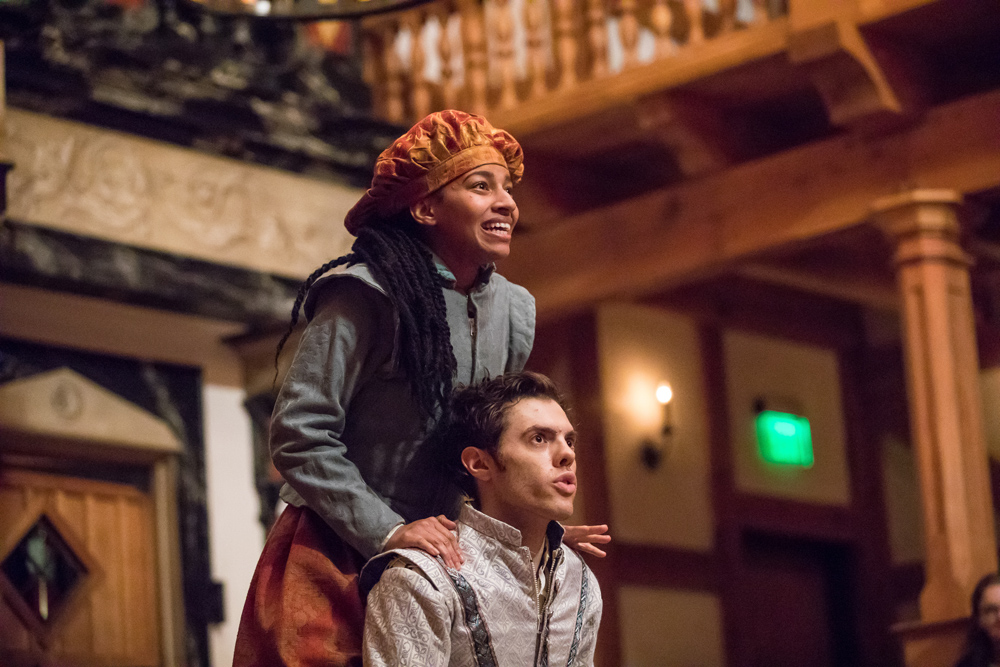 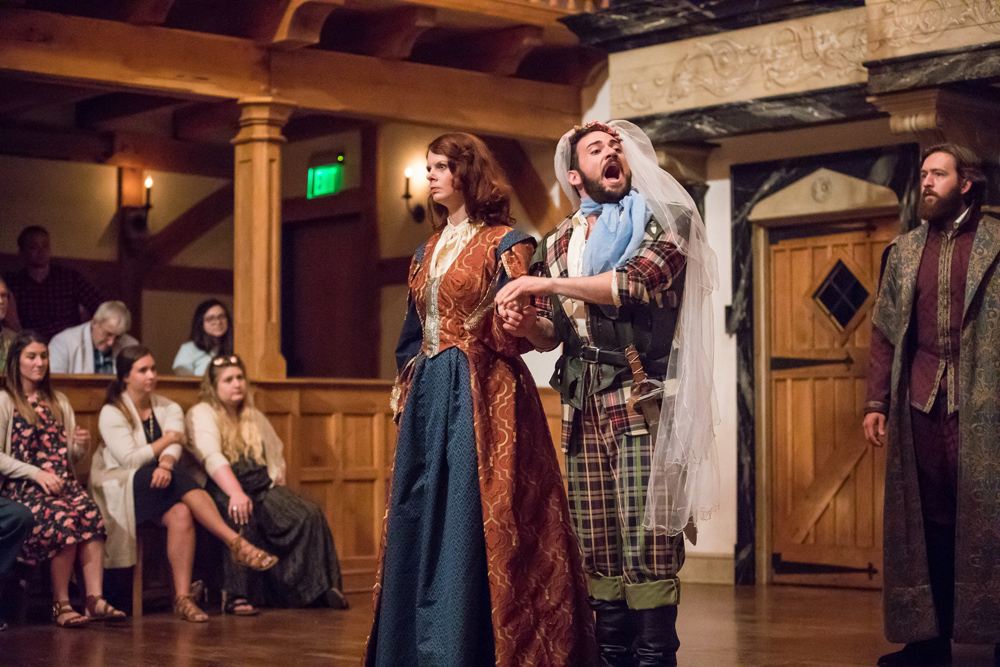 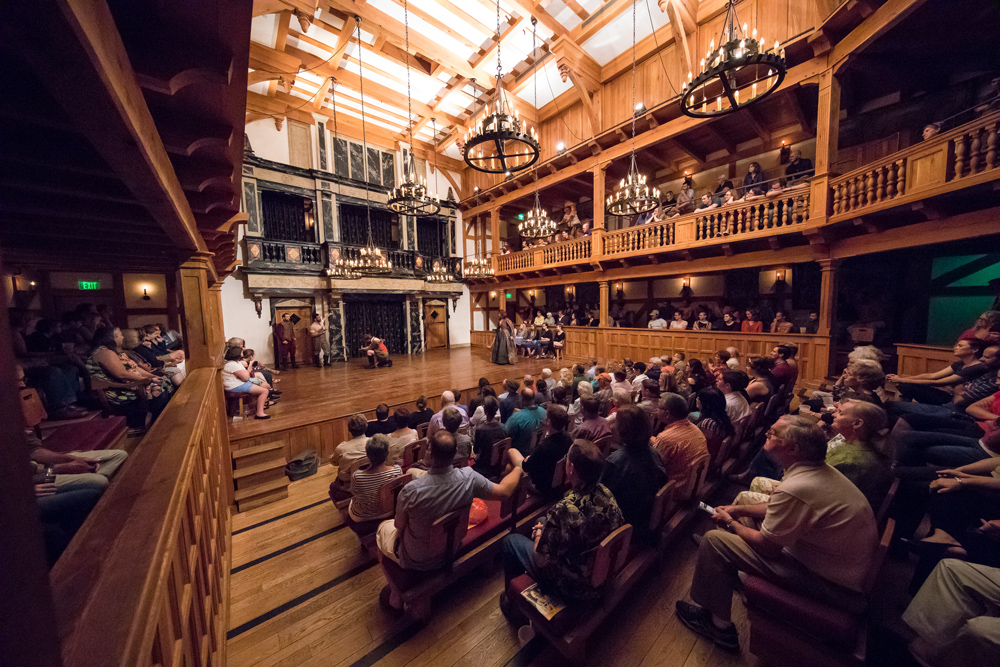 THE TAMING OF THE SHREW. Photo by Tommy Thompson. 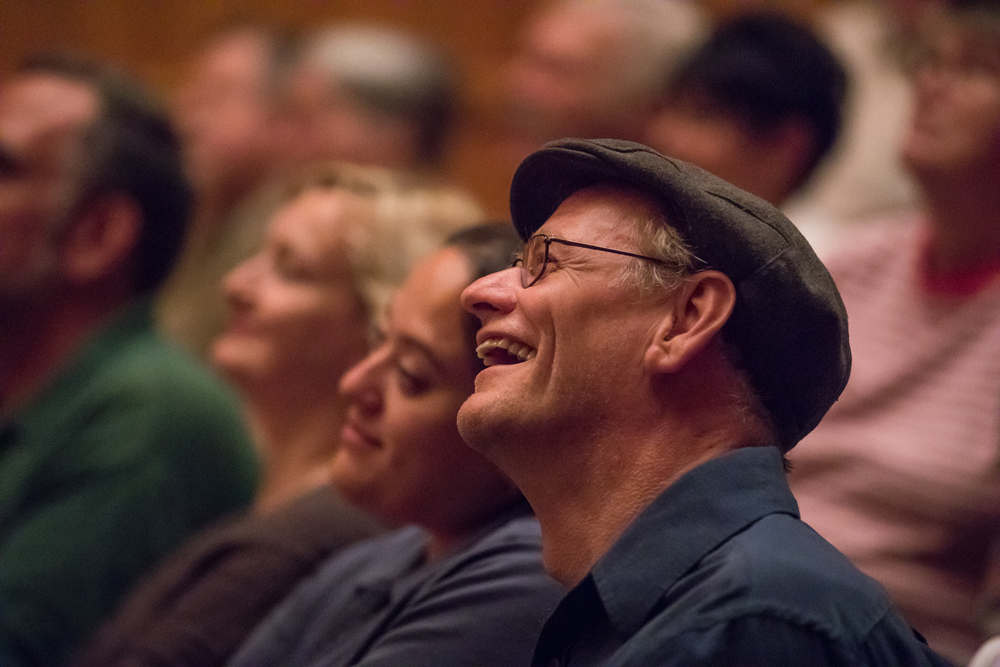 Audience members enjoy THE TAMING OF THE SHREW. Photo by Tommy Thompson. 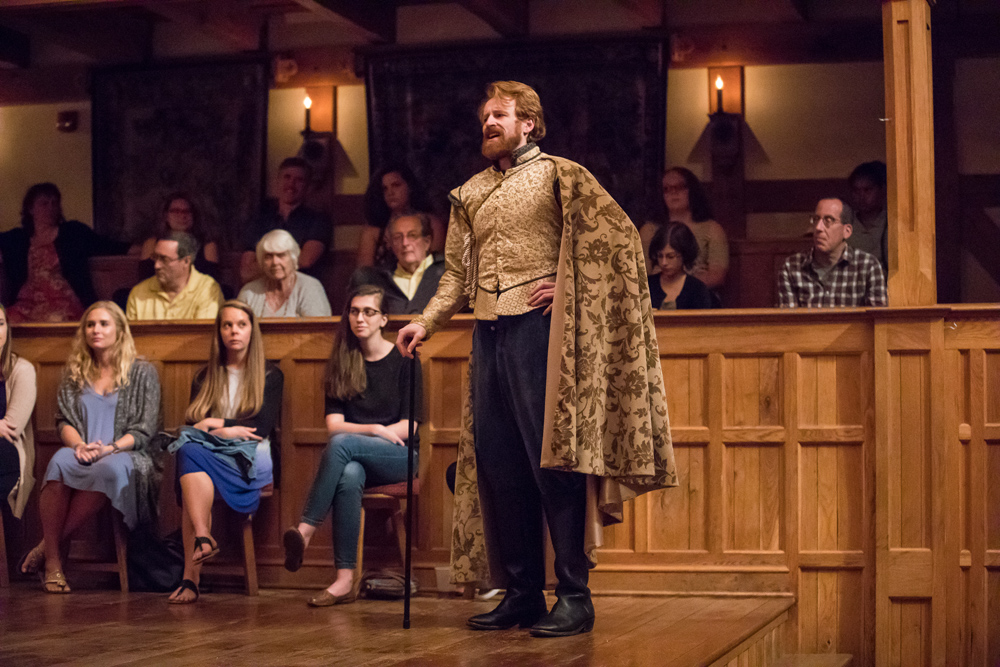 Let me be absolutely clear about something:

I am a feminist.  This is not an admission, or an apology, or an attempt to start an argument.  It is a fact.  I believe gender does not determine someone’s worth or abilities, nor should it have anything to do with how they are treated.  I believe in equality, plain and simple.  And that is the definition of a feminist.

Shakespeare’s The Taming of the Shrew is commonly thought of as antithetical to feminist ideals.  In fact, I have been flatly told that it is a misogynist play and, as a woman, I should refuse to direct it.  My usual response is, “Have you read it?”  Because Katherine, the main female character in this play, is quite clearly a feminist.  She refuses to accept the lower status society assigns to her based on her gender.  Her tenacity, her wit, and her intelligence shine through in everything she does.  She is both inspiring and empathetic.  Katherine’s existence is all the proof I need that Shakespeare believed women are equal to men in every way.

But this is entirely irrelevant.  Because this is not a political play.

The Taming of the Shrew is not about feminism.  It is about love.  In contemporary parlance, this is a rom-com.  Katherine’s fight to establish herself as equal to the men around her comes wrapped in the story of what happens when we fall in love.  This is a play about how we change ourselves for others, both by choice and unknowingly.  It looks at the ways in which we all perform for each other.  (The story of Katherine and Petruchio is, in fact, the longest play-within-a-play that Shakespeare wrote).

Shakespeare uses comedy to make us look closely at how many of the compromises we make –– to fit in, to attract others, to get what we want, to find happiness –– are worth it, and how many are utterly ridiculous.  He doesn’t single out the women.  He doesn’t single out the men.  Like a true feminist, he points the finger at all of us in equal measure.

STUFF THAT HAPPENS IN THE INDUCTION . . .

STUFF THAT HAPPENS IN THE PLEASANT COMPANY . . .