Sponsored by Aaron and Candi Hark 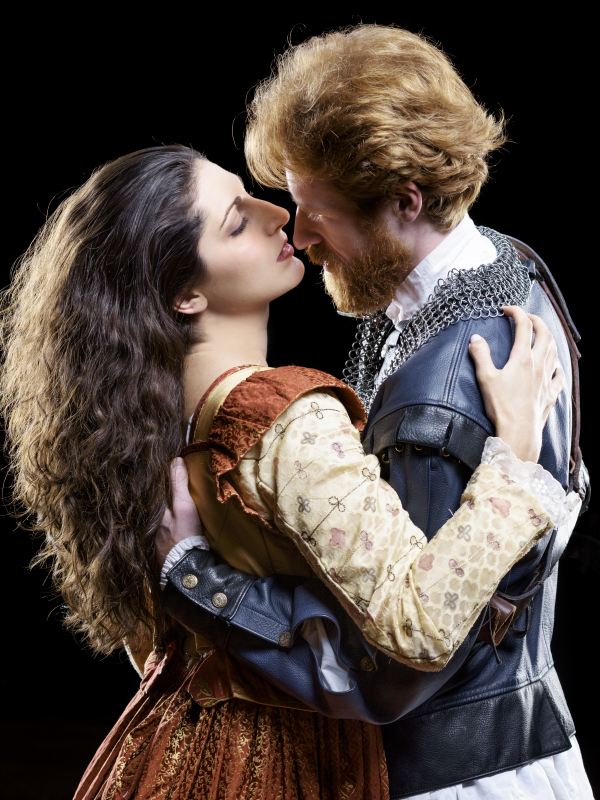 By the pricking of my thumbs, something wicked this way comes.

From the first words of the play until the title character loses his head, Shakespeare’s shortest tragedy is also his most unrelenting examination of the dark side of humanity. Driven to bloody deeds by their lust for power and supernatural predictions, Macbeth and his Lady fight to hold on to their ill-gotten throne, their sanity, and each other by any means necessary. 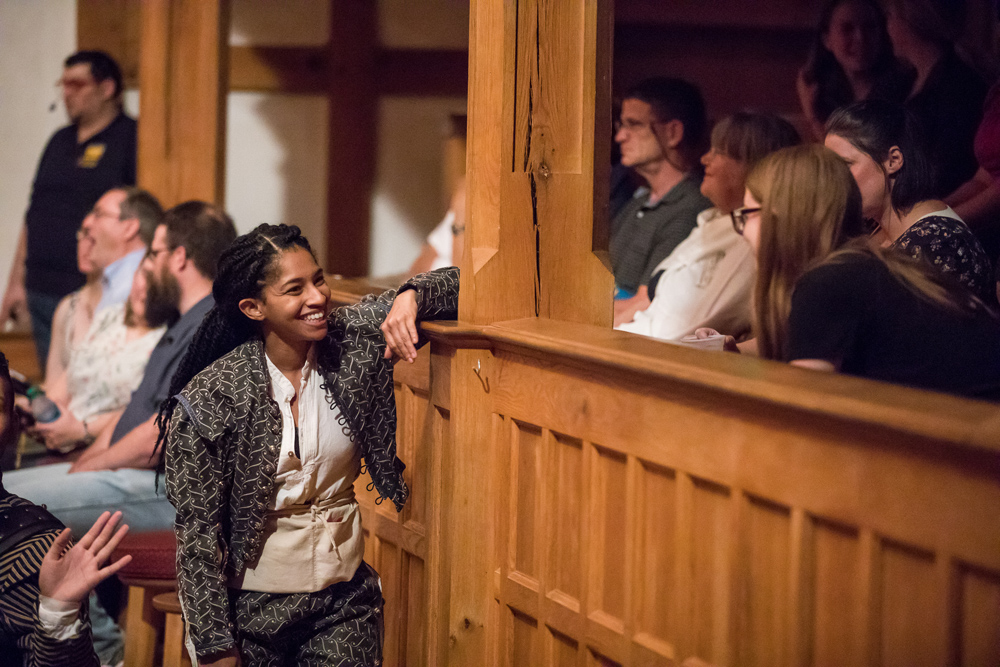 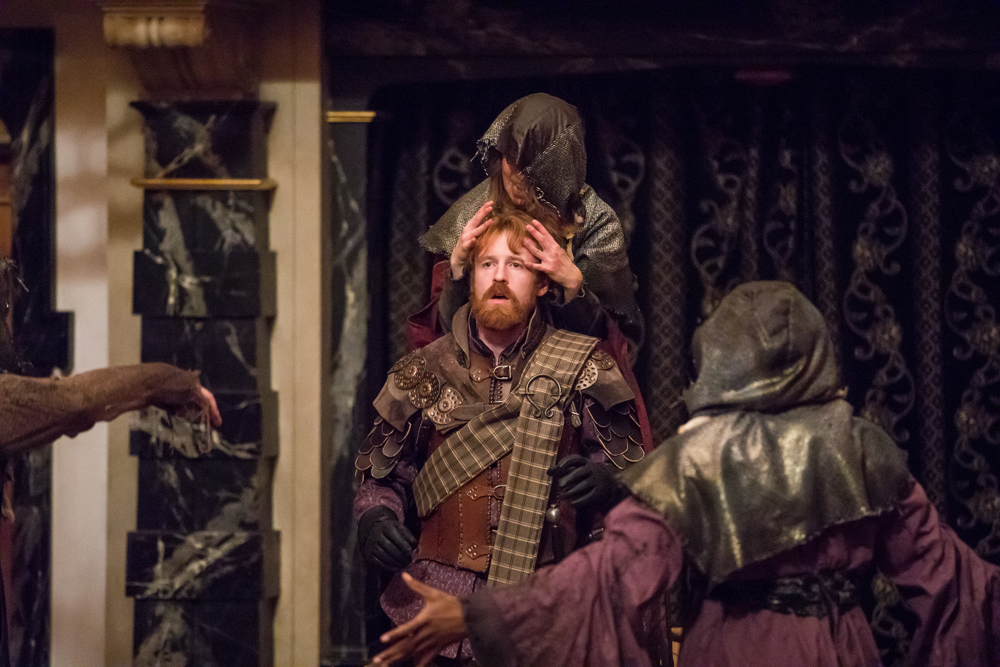 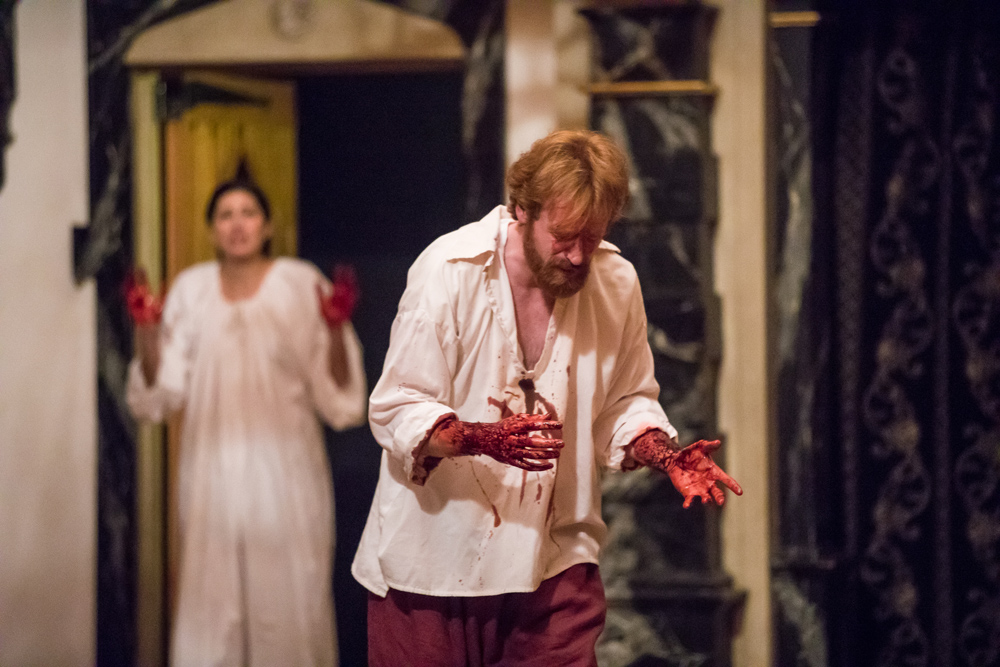 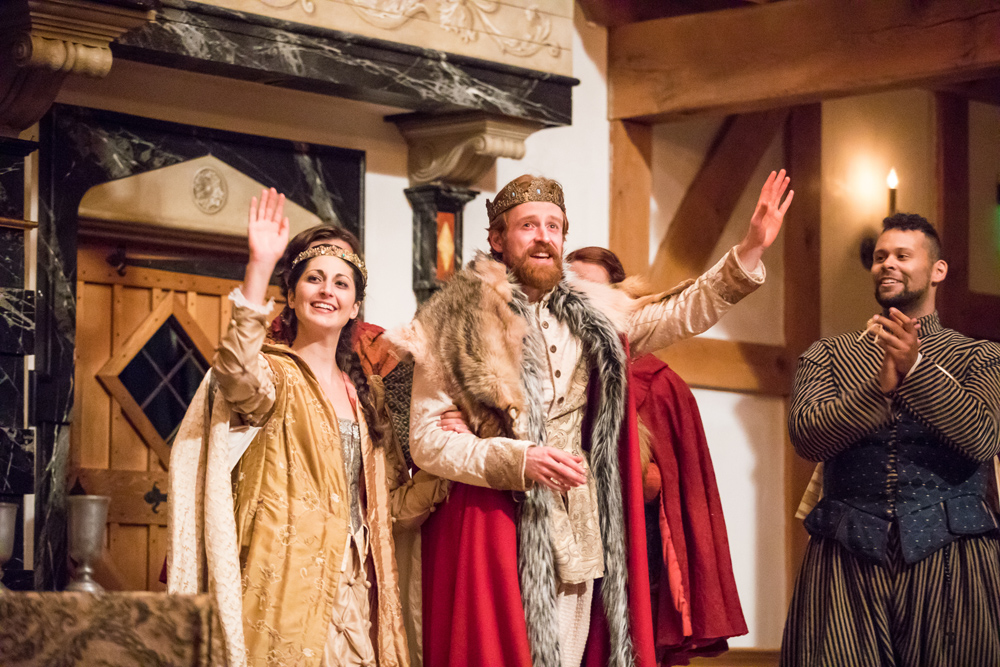 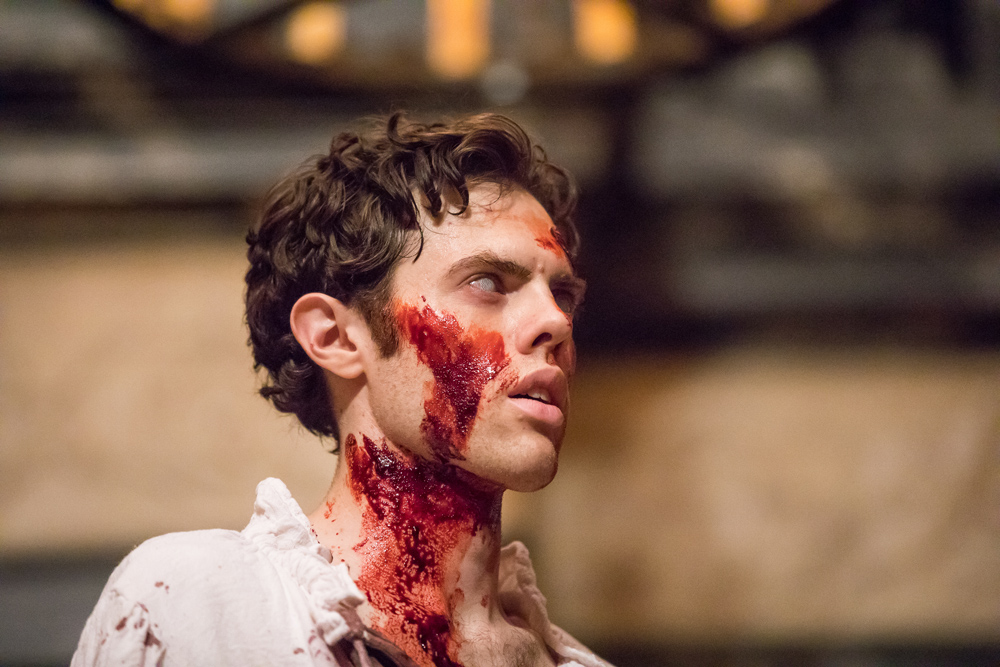 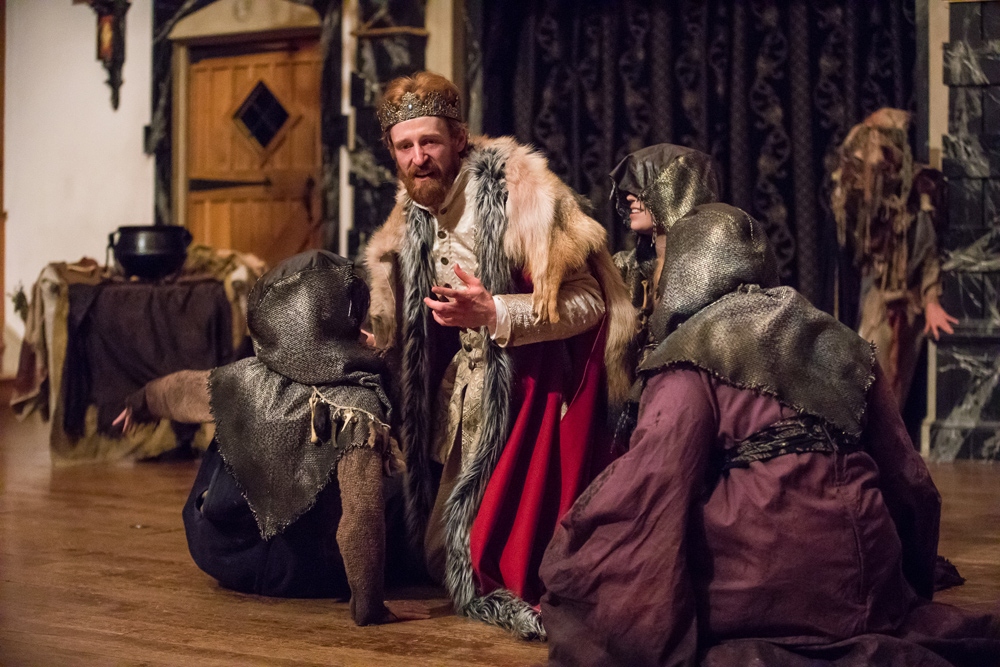 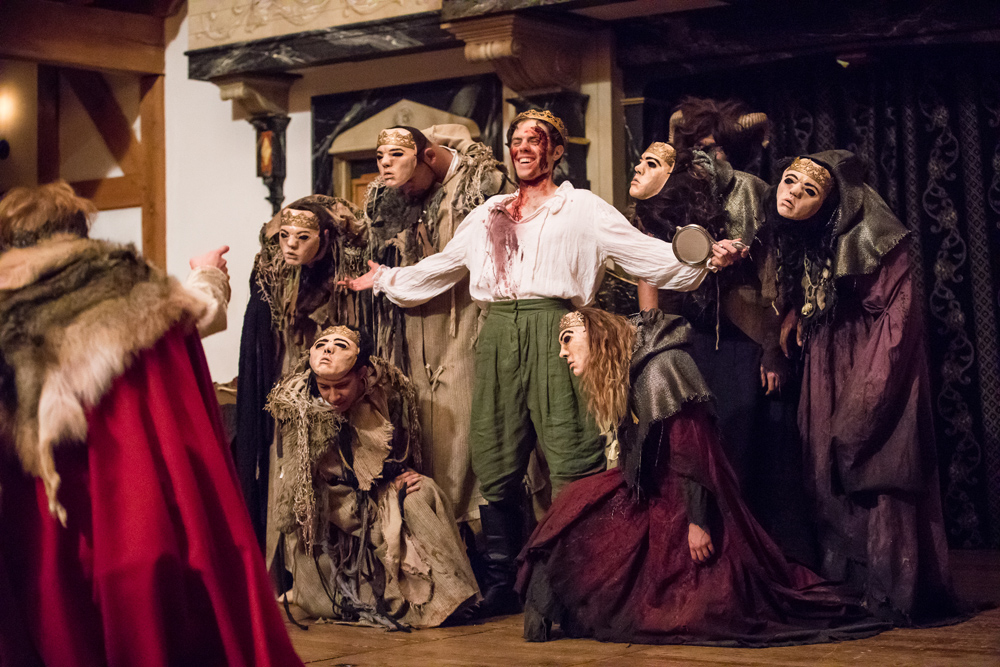 The cast of MACBETH. Photo by Tommy Thompson. 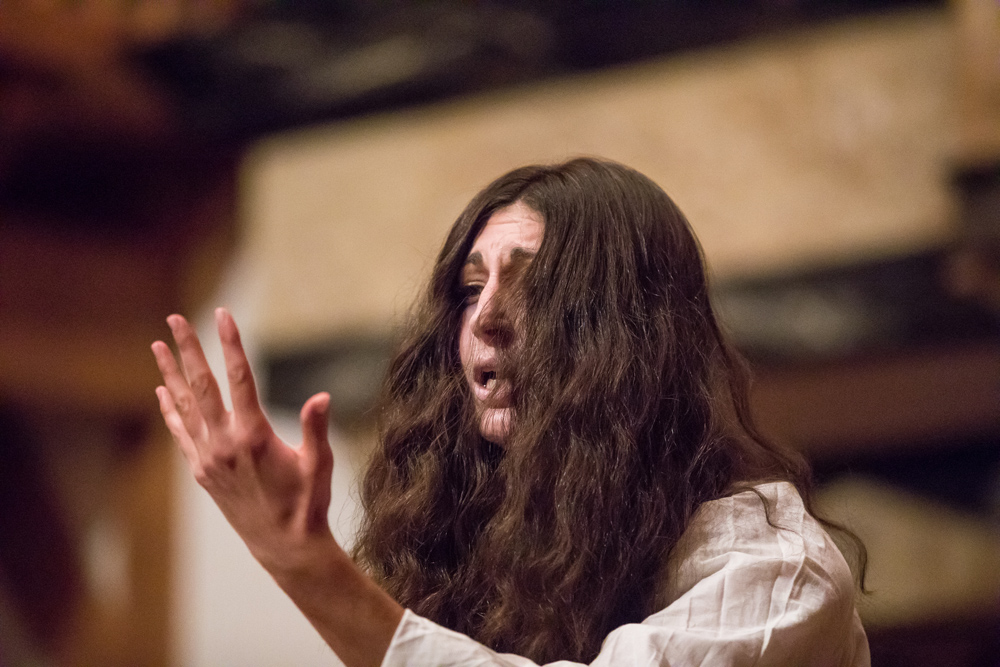 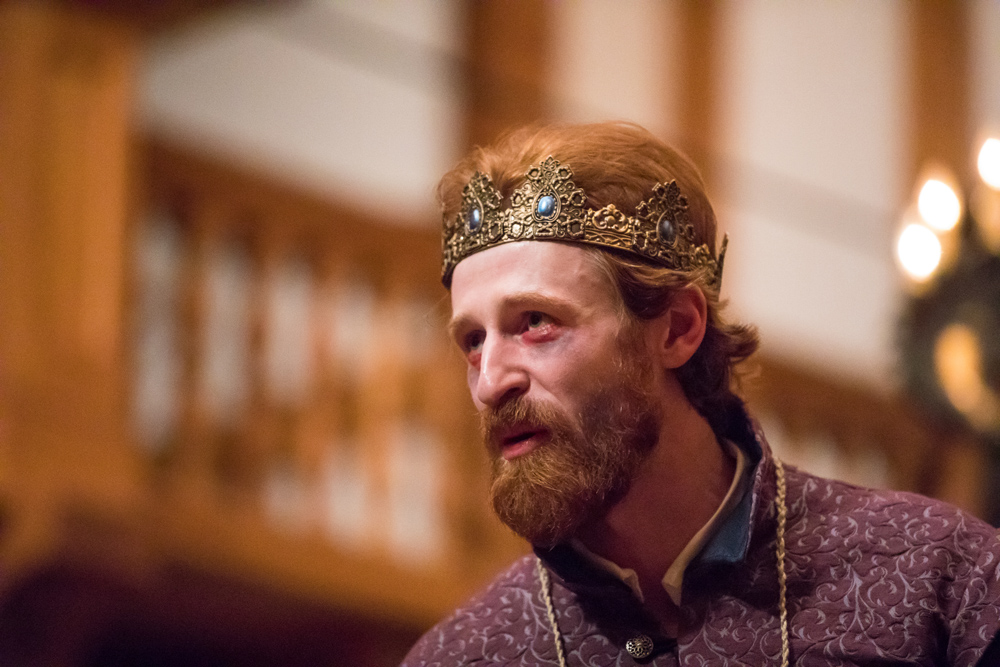 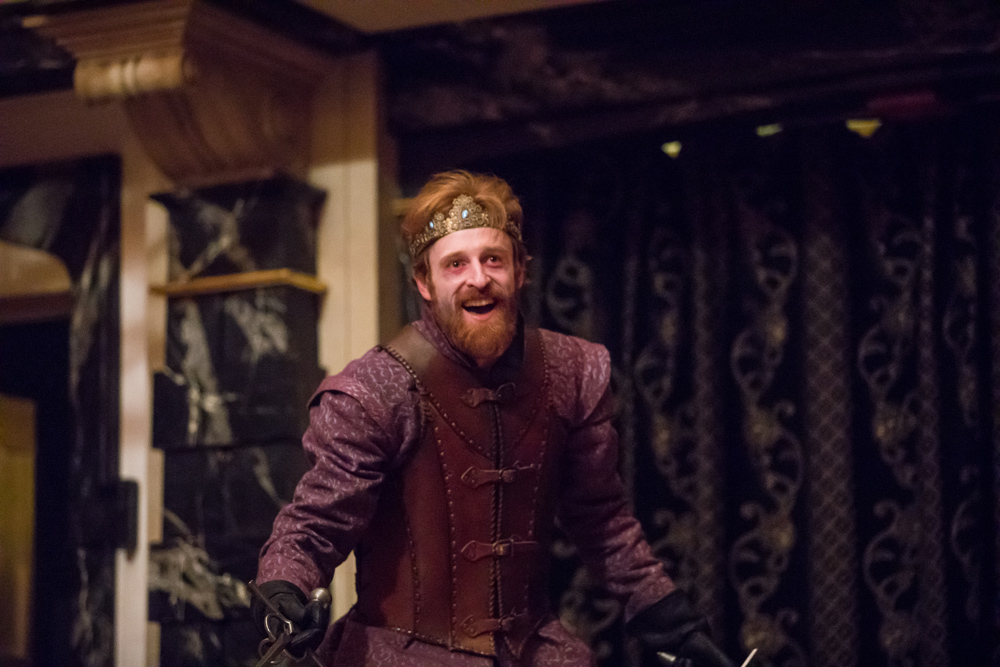 Hamlet has his Horatio.  Antony has his Cleopatra.  Even Lear has Kent and Edgar at his bitter end.  However, when Malcolm and his English counterparts come to batter down the doors of Dunsinane, Macbeth is utterly alone.  This is the tragedy.

Perhaps the real tragedy is that the play is called Macbeth and not The Macbeths:  the loss and degradation I find so appalling in this play is not the fall of Macbeth, but the corruption of what is sometimes referred to as the strongest marriage in all of Shakespeare.

I do not mean to excuse the actions of Macbeth or his Lady.  Their crimes are undeniably despicable, but can they honestly be compared to Tamora (Titus Andronicus) or Richard III?  Those characters delight both in their crimes and sharing them with the audience.  The Macbeths seem to feel little in the way of delight and instead share with us their agony, their worry, their fear, and their anguish.  They mistakenly believe that committing a murder will fuel their ambition, bring them closer, and make them happier.

Conspicuously childless in a play where so many characters are parents, the Macbeths see the crown as their baby.  The moment they put the throne in front of each other, their marriage begins to dissolve.  In Act I, they innately know each other’s thoughts and nearly finish each other’s sentences.  By the end of Act III, they can barely speak to each other.  Like a kind of desperate junkie, Macbeth withdraws from his wife, keeps secrets from her, and ultimately replaces her by engaging in a kind of macabre affair/addiction with the Weird Sisters.  His absence not only breaks her heart, it destroys her mind.

While Macbeth features witchcraft, swordfights, storms, hallucinations, and even the walking dead, I still maintain that this is a love story.  Perhaps if they made better choices they could be Beatrice and Benedick, but instead they will, in the words of Helen Gardener:

“…enter a world of appalling loneliness, of meaningless activity, unloved…and…unable to love…”

I can’t imagine anything more tragic.

Stuff That Happens in the Play