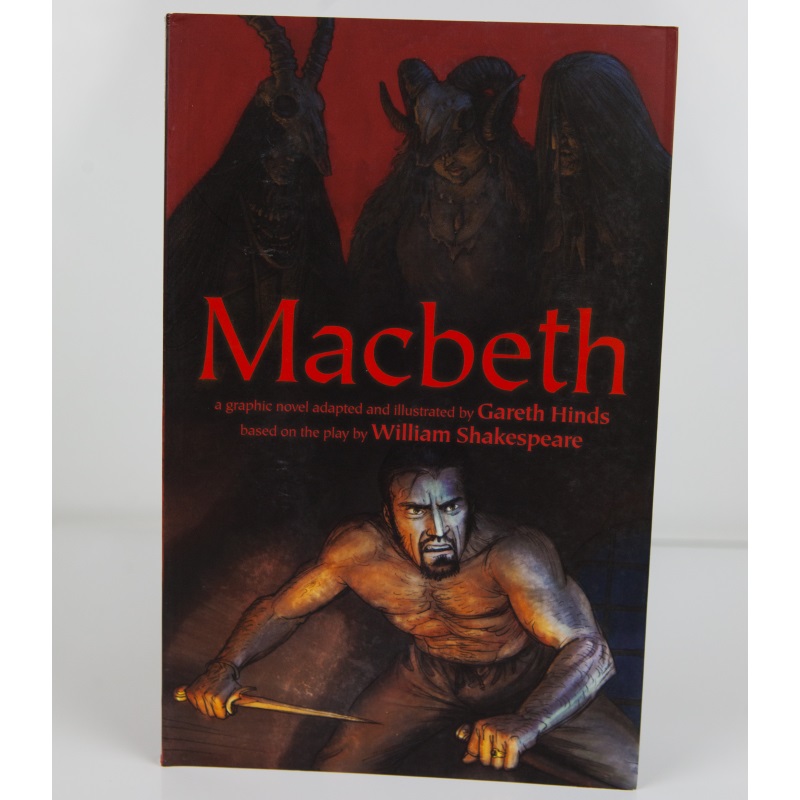 Set against the moody backdrop of eleventh-century Scotland, Gareth Hinds’s captivating, richly illustrated interpretation takes readers into the claustrophobic mind of a man driven mad by ambition. An evil seed takes root in the mind of Macbeth, a general in the king’s army, when three witches tell him he will one day be king. At the urging of his wife, he resolves to take the throne by the most direct path: a dagger in the heart of King Duncan. But “blood will have blood,” and when others grow suspicious of his sudden rise to power, is Macbeth prepared to commit more murders to keep the crown?