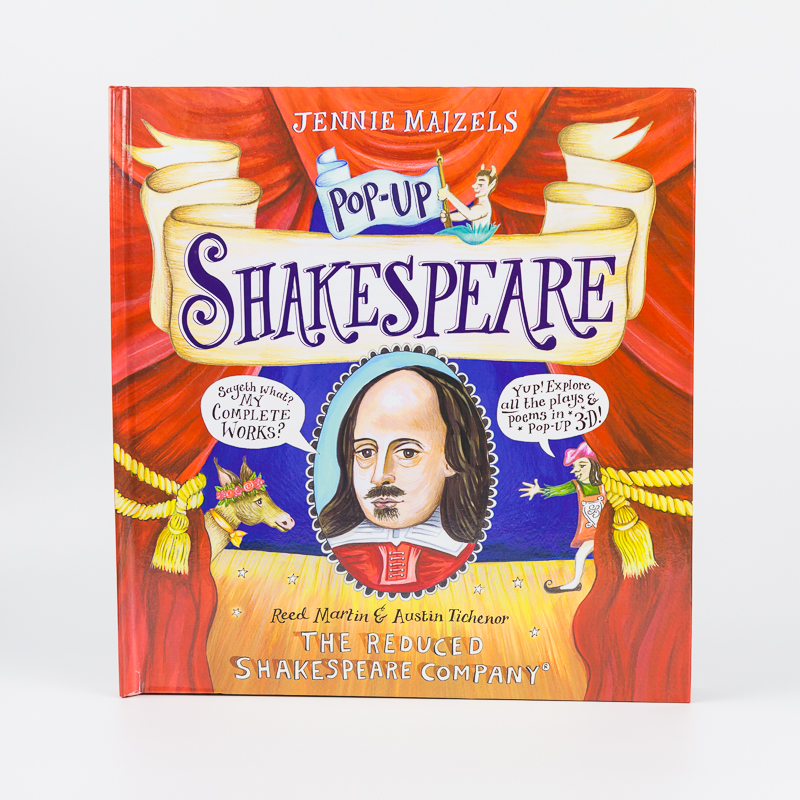 Read about William Shakespeare’s plays, sonnets, and poems as you never have before in an entertaining pop-up book collaboration between the internationally known comedy troupe the Reduced Shakespeare Company and best-selling illustrator Jennie Maizels. Featuring five interactive spreads filled with dramatic pop-ups, fun foldouts, hilarious summaries, and fascinating commentaries, this is the perfect introduction to one of the world’s greatest playwrights and his enduring works.